“My Spy…” That is a name I have been waiting to say for the LONGEST TIME. Nevertheless, “My Spy” is directed by Peter Segal (Grudge Match, 50 First Dates) and stars Dave Bautista (Guardians of the Galaxy, Stuber), Chloe Coleman (Big Little Lies, Transparent), Kristen Schaal (Bob’s Burgers, Gravity Falls), Ken Jeong (The Masked Singer, The Hangover), and Parisa Fitz-Henley (Jessica Jones, Midnight, Texas). This film is about a CIA operative who is on a mission alongside a fanatic/newbie in Chicago, who is supposed watch over a particular family’s apartment, only to run into a nine year old girl who lives in said apartment. As this happens, the CIA operative is now at the mercy of this nine year old who can potentially affect the entire mission. 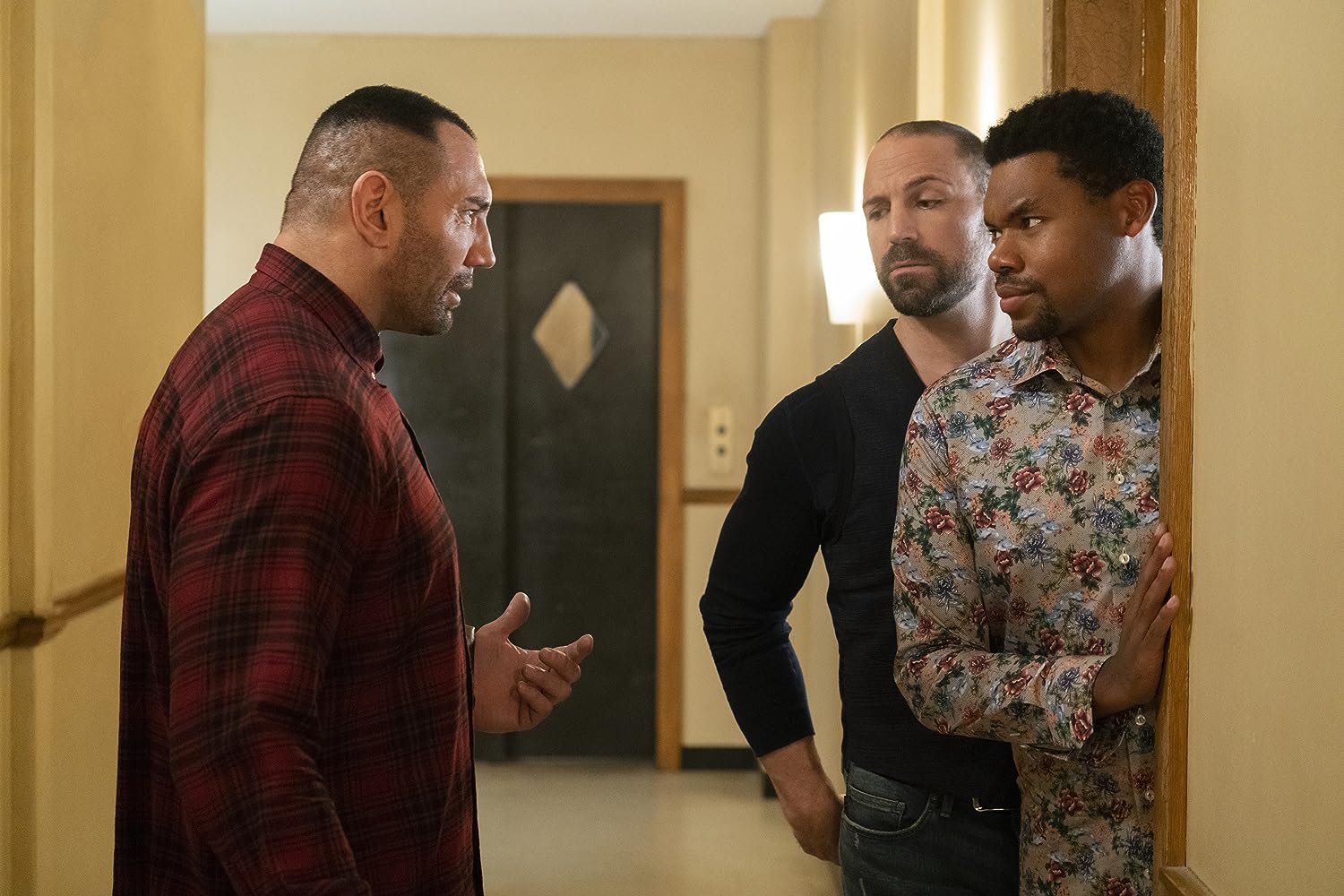 If you wonder why I started this review the way I just did, here’s some context. I have waited FOREVER to talk about “My Spy.” Not because I knew about it for a long time and was finally getting to see it. Not because I was looking forward to it. Hey, this is no “Star Wars.” Before the COVID-19 craze happened, prior to when it was announced that this film would be going straight to Amazon’s Prime Video after multiple delays in the United States, I was invited by STX Screenings, which is an outlet based on the studio responsible for this film, to see “My Spy” a couple towns away from me. So I got on a train. Remember trains? Those were so much fun. I headed on over, saw the movie, but I knew one thing was for sure. I could not talk about it. That is unless I turned Scene Before into an Australian outlet, because this film already released in Australia months ago. Without saying much about the film, I did not hate myself, but it didn’t feel buzzworthy. 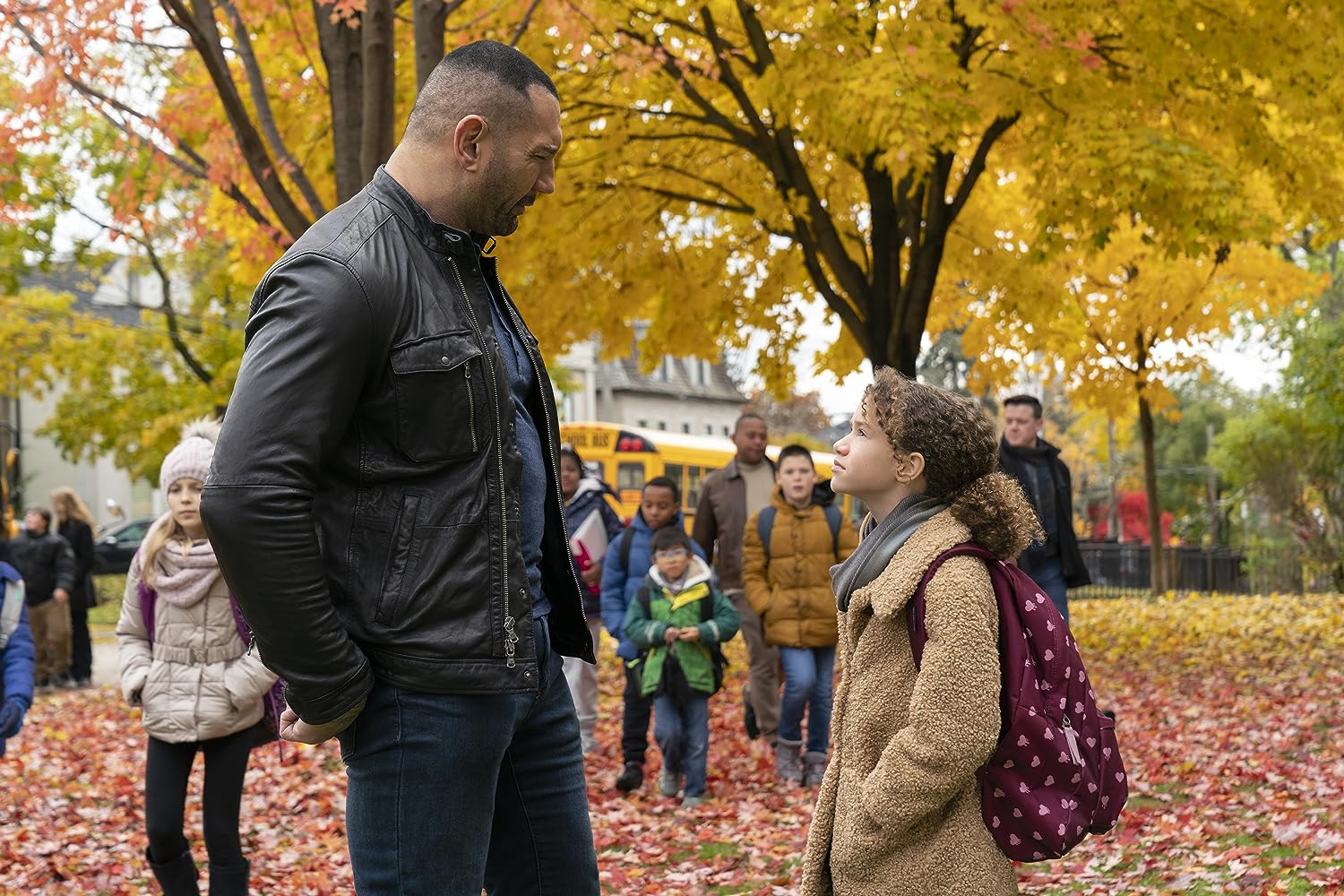 By the way, THIS WAS IN JANUARY. And it’s not like I went to a big festival or something or a test screening. No! This was a finished product! This was a screening meant to promote the film, get people to think about it, and that sort of thing! It was a simple free screening that just so happened to take place on a Saturday in January at 10AM! They really wanted families for this thing, didn’t they?

But guess what? I’m a Prime member, so I took the opportunity to watch this film again. After all, a lot can change on a second viewing, and I did forgot a lot about this movie over the last five months.

Once again, I did not completely hate myself for watching “My Spy.” But to call it Shakespeare is laughable.

Now don’t think I’m nagging on Dave Bautista, I love his work and he often comes off as one of the most down to earth celebrities working today. He doesn’t let the attention and fame get to his head, and he seems like an all around fun guy. I also love his passion for the film industry, those involved in said industry, and unlike some people, he is not afraid to project his opinion beyond the stratosphere (even if sometimes it might not work out in his favor). And I’ve seen him do good work. I think Bautista was a good pick to play Drax in the Marvel Cinematic Universe. He had a solid screen presence during the beginning of “Blade Runner 2049” as Sapper. I even liked “Stuber!” It’s not a masterpiece, but… It has its moments. Well, Bautista’s performance in “Stuber” wasn’t his finest, but I liked the movie nevertheless. Here in “My Spy,” he looks the part from a physical standpoint, but the way the script translates onto the screen is weird at particular points where Bautista happens to speak.

Continuing on with what I just said, Dave Bautista DOES NOT give a career-damaging performance. At this point, I’m still excited to see him if there is a “Guardians of the Galaxy Vol. 3,” which is seemingly in development at this point, so I can’t wait to see where that goes. However, when it comes to how his character is written. It’s very hit or miss. And the same can be said for some other moments of the screenplay as well.

While I did end up buying the mother/daughter relationship between Parisa Fitz-Henley and Chloe Coleman, there are a couple utterances of their lines and interactions where they didn’t feel like real people. Yes, one of the core objectives of a film is to stretch the truth and reality to a certain point, but there are one or two moments where it breaks the barrier and goes a little too far. I bought into the characters, but this is nevertheless how I felt as I witnessed said characters on screen. I also think the chemistry between Dave Bautista and Chloe Coleman is admirable, which does kind of end up being the heart of the film, so I gotta give credit to the casting department where it is due. Although, it is not like I haven’t seen this type of chemistry done better in the past. This film kind of reminded me of “The Game Plan” starring Dwayne Johnson. You know, that movie where he unexpectedly meets his own daughter. Although, that movie handles something better that this seems confused with, its identity.

While I often criticize Disney for its unwillingness in regards to pushing boundaries, their movie, “The Game Plan,” at least feels consistent. It always feels family-friendly, it always comes off as somewhat warm yet exciting, it projects a sense of clean fun throughout. Here, it feels kind of weird. Did they make this movie for young teenagers who wanna hear people drop a couple bombs? Did they make this for kids? Families? The movie starts off with a strategically laid out action scene that almost glorifies violence, but later on we get this family drama that turns out to be the heart of the movie. It feels like a PG-13 action movie in one moment, but for almost the full remainder of the runtime, it feels PG at best. I am willing to bet, that if this movie was PG, it MAYBE could have gotten away with as much violence as there is. Maybe if it was just toned down or edited with slight differences, it would have gotten the PG rating. If they took out a few naughty words, it would have gotten a PG rating. Do I want this movie to be PG? No. If you ask me, I am always for the dark route whenever possible. But I want this movie to have a tone that works, but it almost fails when it comes to having its own identity. It feels like a conglomeration of ideas that are randomly placed together to waste a little more than an hour and a half. “My Spy” is a technically competent film. When it comes to aspects like editing, camerawork, and music, “My Spy” works. It’s not the greatest movie ever made. Far from it in fact, but it is confusingly laid out and doesn’t feel like it really knows what it is. The movie also tries to be a comedy, and there are moments where the comedy does land, but it also comes off as a little traditional, like I’ve seen it before. Bautista has a couple well-executed comedic moments as the movie goes on, but if you have seen a lot of movies, it is probably not going to stick the landing as perfectly as one would hope.

For those of you who don’t watch a lot of animated movies, one of the cliches from that realm of film is that there is a dance sequence of some sort. Now, “My Spy” is not animated, but this does honestly nearly, not COMPLETELY, but nearly come off, as a movie meant for kids. Much like the typical animated fare, “My Spy” has a dance sequence, but I will say the way they handled it here was not exactly annoying. It wasn’t completely exciting or exhilarating, but it felt like it had a noticeable purpose compared to some other movies (I’m looking at YOU, “Uncle Drew”). For a movie like this, seeing a dance sequence that actually worked and didn’t make me want to rip my hair off was sort of delightful.

In all seriousness though, “My Spy” is probably going to end up being one of the more forgettable movies of 2020. How do I know that? Because as I mentioned, I already saw the film in January and a lot of it already faded. It feels disposable, slightly typical, and doesn’t really offer anything spicy to the table. I think Chloe Coleman, who plays the young girl in this film, has a bright future ahead of her, but if she becomes successful, I don’t think “My Spy” will be the film I will end up remembering her for most.

In the end, “My Spy” is probably going to be watched once and then quickly left in the dust. The only thing I can say at this point is that if you are bored and you pay for Amazon Prime, watching this movie won’t exactly kill you. If it’s a family movie night, you can do better, but you can also do a lot worse. Now I saw this movie twice, and that’s because I wanted to refresh my memory on what happened in the film and how it presents itself. Was it worth the second watch for those reasons? Sure. But if we’re talking about entertainment value, there are superior options out there. I like the people in the movie, but the movie itself, not as great. I’m going to give “My Spy” a 5/10.

Thanks for reading this review! It is almost the end of June, so that means that we are getting closer to the day I release my review for Tom Cruise’s “Minority Report.” This is the conclusion to Scene Before’s Tom Cruise Month, which has been fun for me personally, as I do enjoy Tom Cruise as a professional. I have not seen “Minority Report” yet, but I assure you that I do have even just the slightest anticipation to talk about it. If you want to see more great content like this from Scene Before, please give the blog a follow! If you have proper account credentials, give this post a like! Also, check out the official Scene Before Facebook page! I want to know, did you see “My Spy?” What did you think about it? Or, since it’s relevant… Did you ever see the 2007 movie “The Game Plan?” Tell me your thoughts on that! Let me know down below! Scene Before is your click to the flicks!

CHECK OUT MY TOM CRUISE MONTH REVIEWS SO FAR: