Hey everyone, Jack Drees here! Fun fact, ever since I have started my journey here on Scene Before since 2016, I have talked about 10 Tom Cruise movies. Granted, 60% of those films happen to be in the “Mission: Impossible” franchise, but still. I have talked about “The Last Samurai,” “Risky Business,” “The Firm,” “American Made,” and as recently suggested, all six of his “Mission: Impossible” movies. Over the years I have missed a few new releases of his that I had a chance to review while it was in the theater such as “Jack Reacher: Never Go Back” and “The Mummy,” but between life, a lack of motivation, and those kinds of weird-ass excuses, I have not gotten around to them.

So the question is, after all this time, will I finally get to these movies?! No! I will not!

Instead, I’m gonna focus on some other Tom Cruise films, one of which includes the 2013 post-apocalyptic science fiction flick “Oblivion.” This film, along with a few others are going to be reviewed in place of what could have been reviewed in June, “Top Gun: Maverick,” which was supposed to release at the end of the month. But, you know, coronavirus. It’s the talk of the town. While Tom Cruise felt the need for speed in 1986, things must have slowed down in 2020, which at this point is asking 2016 to hold a crapton of beers. Nevertheless, let’s stop dilly-dallying and start diving into the first review of…

“Oblivion” is directed by Joseph Kosinski, who coincidentally is also helming the upcoming film “Top Gun: Maverick,” which like this movie, stars Tom Cruise. Aside from Tom Cruise, this movie stars Morgan Freeman (The Dark Knight, The Shawshank Redemption), Olga Kurylenko (Quantum of Solace, To the Wonder), Andrea Riseborough (Welcome to the Punch, Disconnect), Nikolaj Coster-Waldau (Game of Thrones, Mama), and Melissa Leo (Frozen River, The Fighter). This film takes place during post-apocalyptic times in the year 2077 and it follows Tom Cruise’s character of Jack Harper, who currently lives on Earth as a technician who is responsible for maintaining drones as remaining resources are extracted in order to complete a five-year mission. Once this mission is completed, Jack and his partner will join the rest of humanity on their new home, Titan, a moon near Saturn.

Similarly, the writing and story for “Oblivion” is not all that bad, but it is two of the main characters, at least to me, that give this movie its overall watchability. And even though Morgan Freeman is the second actor I mentioned when introducing this film, he is not the highlight, even though his voice is worthy enough of its own relaxation album. In fact, his character, is probably one of the few that I’ll probably forget as time goes on. But from the very beginning, Jack and his communications partner have terrific chemistry. This movie takes place in a post-apocalyptic 2077 and not only do the characters played by Cruise and Riseborough match the vibe of the time, but I was able to buy into the stakes regarding their partnership. Together, their goal as partners is to be an “effective team,” which plays heavily into how the movie unfolds. One of the things that I notice a lot about futuristic sci-fi, or maybe just sci-fi in general for some cases, is that compared to the world we live in today, there is some lack of emotion in certain spots. Even with the lack of emotion in place, there is still a sense of realized chemistry between Cruise and Riseborough. And when the dramatic moments do hit, I feel it. This movie is a post-apocalypse story first, but if I were to judge it as a relationship drama, I’d give it a thumbs up. Also, sidenote, I like how at the beginning of the film he travels in his ship with his personal bobblehead to keep him company. It’s like his own little hula girl you put on the dashboard of your car or something.

“Oblivion” came out in 2013, and when it comes to the effects in this film, they feel pretty clean despite being in this rather depressing environment, but that’s not a bad thing. It does add a little glamour to something that doesn’t have much life in it. Specifically, I’m talking about the world, not the movie. This is not me bashing on the movie. I mean, the drones look very well put together and even though we just saw a new “Sonic the Hedgehog” movie that came out this year, the drones in this movie look twice as detailed and polished. I like the drones from a sound perspective as well.

I will say, having watched this movie in 2020, it does feel a bit weird, because even though we are living in a time where things are getting back to normal, one of the major plot points of the movie involves Tom Cruise’s past. Without really diving into spoiler territory, the way “Oblivion” handles this is likable, and as of now, kind of relatable. The movie starts out with Tom Cruise in an industrialized New York City, and it goes into his emotions in terms of how much he longs for the good days of old to return. Back when we had toilet paper and less masks and gather–wait, I think this is the wrong timeline! From this moment, and a few others during the movie, I got a sense of who the character of Jack Harper really was. A guy who went about his daily life with his partner, appreciating one moment after the next, but he also wanted the past to return, back when the Earth had numerous fun activities.

And even though Jack Harper is… (sigh) a Yankees fan, I understood his character because he wanted activities like sports and those sorts of things to return. Although given the circumstances, bringing those back would be a near impossible task.

I also really like the character of Julia, played by Olga Kurylenko. As mentioned, this movie focuses a lot on Jack Harper’s past, and the same can be said for this character. The way this was handled was very well done and made for one of the better parts of the movie. If I am not mistaken, “Oblivion” is my introduction to Olga Kurylenko, so I would like to see what else is put on her resume in the future.

Now onto the negatives, the film honestly starts much better than it concludes. I think the best parts of the movie take place through exposition and buildup. Even though the climax is somewhat entertaining, it misses an oomph factor to take it up a couple notches. Once again, I will mention, as much I like Morgan Freeman, this is probably one of his roles that I will end up forgetting. Granted, per usual, he is charismatic, but compared to other characters in the film, he does not climb up the ladder for me.

In the end, I went into “Oblivion” thinking it was kind of going to start off as this big action extravaganza, like “Edge of Tomorrow,” but it turned out to be something somewhat smaller in scale, which I am fine with. The shots in this movie are very well done, I admire most of the characters, and when it comes to Joseph Kosinski as a director, seeing this film makes me somewhat faithful that he can pull off a “Top Gun” sequel. Although when it comes to his past work, “Tron: Legacy” is definitely worth your time. Would I watch “Oblivion” again? Sure I would. In fact, this might be one of those movies that might be better the second time. It may have one or two moments or things that I missed that could make for a relatively fun second go. As far as Tom Cruise movies go, not bad. I’m going to give “Oblivion” a 7/10. 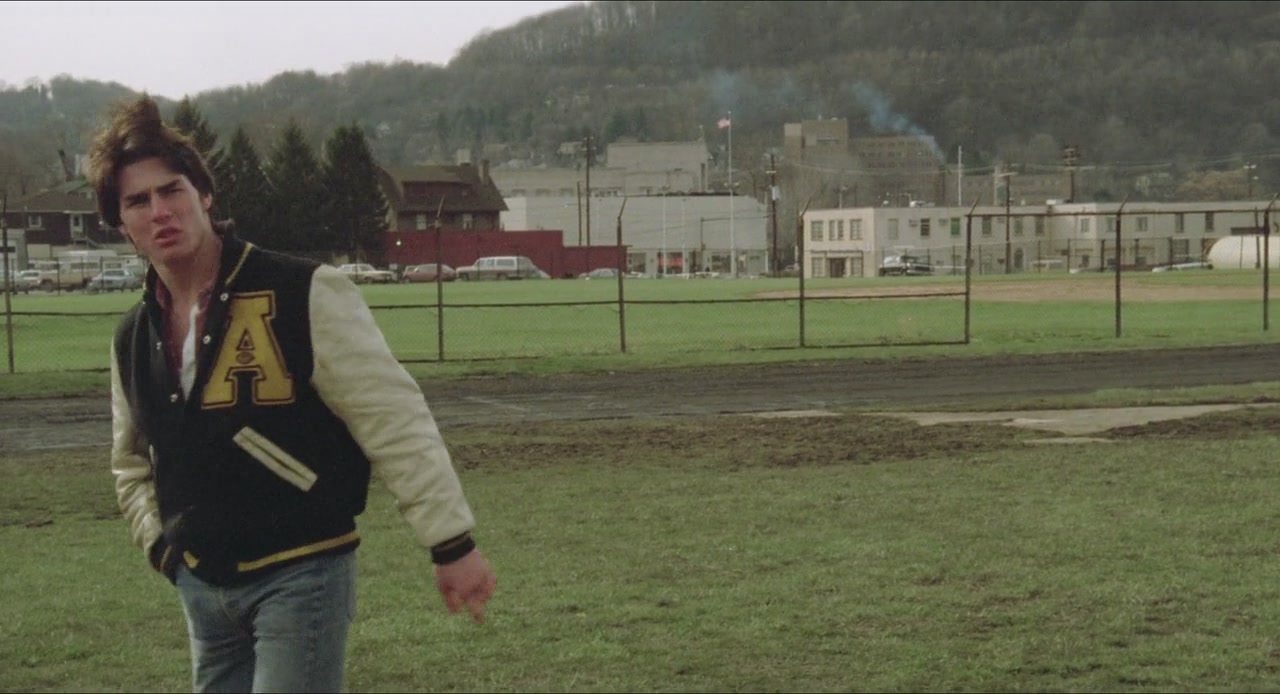 Thanks for reading this review! This is the first installment to my Tom Cruise Month review series, I hope you enjoyed it, because I want to remind you that this is just the beginning. My next film in the series is going to be the 1983 flick “All the Right Moves…” I wish I’m doing something else, but here we are. That review is probably going to be up on Monday or Tuesday, depends on when I watch the movie. But next Friday is my current deadline. I wanted to get the post I’m doing right now up by this previous Tuesday, but between everything going on in the world, and I will admit, laziness, I was a little late on this. By the way, if you are reading this, happy June! …Or whatever time in the world it is, I lost track I don’t know how many centuries ago. If you want to see more content like this, please consider following Scene Before either with an email or WordPress account! Also, head on over to my Facebook page! WE HAVE TOILET PAPER! That’ll get everyone in, right? I want to know, did you see “Oblivion?” What did you think about it? Or, do you have any bobbleheads? List em’ down in the comments, I want to hear about them! Scene Before is your click to the flicks!