“Irresistible” is directed by Jon Stewart (The Daily Show, Rosewater) and stars Steve Carell (Battle of the Sexes, The Office), Chris Cooper (A Beautiful Day in the Neighborhood, Adaptation), Mackenzie Davis (Blade Runner 2049, Terminator: Dark Fate), Topher Grace (Spider-Man 3, Interstellar), Natasha Lyonne (American Pie, Orange Is the New Black), and Rose Byrne (X-Men: First Class, Neighbors). This film is about a Democratic strategist who is trying to get someone he meets up with to successfully run for town mayor. One of big catches here is that the person of importance is running as a Democrat, and the town, which is located in Wisconsin, has maintained its conservative traditions for years.

Ah… A new movie. It’s an experience I barely get to have today, so I’ll take it whenever possible. I did not pay for this movie. I tuned in during the first few minutes as my mother rented it On Demand and I was kind of intrigued by what was going on. Gotta say, I was pretty entertained by what I saw. However, as I watched, I was reminded of a common complaint some people have about modern movies.

Hollywood is such a magical place, where dreams come true as long as you spend spare time waiting tables. But as of recent years, it has also become a place hated by certain people because of a supposed agenda. And I am not going to deny that when it comes to today’s Hollywood culture, a lot of it is on the left. If you ask me, I really don’t care. I would still be following it if it is still on the right, I enjoy the art form of film, I don’t usually often give a crap about one’s political views. That’s why when I do the Jackoff awards every year, I usually stray away from politics. Granted, I did subtly bring up global warming one year, but that’s a human issue turned political. So that’s why I let it slide.

If you watch this movie, I don’t really think you, or too many other people would need that keen of an eye to realize that this may be somewhat done with ideas of the left. After all, the story follows a political strategist trying to get a Democrat mayor to succeed during an election. The movie makes references to our political climate today and everything surrounding it. I will also point out that there are some big jabs towards the conservative-friendly outlet Fox News. Also, these jabs had me in stitches.

Also also, CNN gets some jabbing as well, which also stuck the landing for me in terms of comedy. This movie is not afraid to go after the cable news outlets and bang em’ over the head. Those honestly may have been the most entertaining parts of the movie for me.

I will point out that this movie is a mix of comedy and drama. Both genres blend perfectly to balance each other out and they don’t feel like two different movies. This movie knows what it is. It’s funny, charming, but it also wants to get a little serious every now and then. Maybe Steve Carell has something to do with it, because I will admit, even though he may be an actor I tend to overlook, I have seen him be funny in the past, while also being dramatic in the past, and he can do both very well. To see a mix of that here in “Irresistible” is a good mix for Carell.

Honestly, 2020 may just be the pinnacle for crappy movies. I have seen a few good ones, like “Impractical Jokers: The Movie,” “Sonic the Hedgehog” (who knew I’d be saying that), and “Emma.” I have not had much time to watch movies in general, mainly because I’m not always willing to cough up a $19.99 rental for a movie that probably would be a better experience in the theater, but when I did have time, nothing really stood out this year. “Irresistible” is kind of in that camp, but if no Oscar-bait movies come out this year, this could have a shot at some awards. After all, we are in an election year here in the United States, which makes this movie incredibly topical. It has some good performances given by Steve Carell and Chris Cooper. As for Jon Stewart, this could have a shot at a screenplay nomination. Granted, I do not want to get ahead of myself as it is only June and a lot of the good movies come out in October, November, and December. However, if all those movies get delayed, I think “Irresistable” could have some potential during award season. Besides, you know how I mentioned Hollywood seems to be a bit on the left more than the right? That could be another factor in this movie’s favor! All it really needs from here is a montage making fun of Donald Trump and then it’s the perfect “Hollywood left story.” With that being said, this movie may not be for everyone, but even if you are on the right politically, there is a solid chance that you might be entertained by this from a story perspective. I mean, it is funny. Granted, a lot of the humor seems to be geared towards politics, but there is still some general humor sprinkled here and there. But given that this movie has dramatic elements to it, it does not feel overbearing.

One of the biggest compliments I would like to give to “Irresistible” is its pacing. When I get into negatives during my reviews, one of my gotos is pointing out that maybe one or two scenes feel a bit too drawn-out or too slow, maybe every once in a while the pacing is so fast that it destroys your brain. Here, the pacing is very well done. Will I remember this movie by the end of the year? Parts of it, yes. Some, maybe not. But regardless, this movie went by like a plane. Not too fast (if that makes any sense), not too slow, just right. I feel like there are going to be various scenes and characters from this movie that will probably be erased from my memory come 2021, but as of now, I enjoyed the movie enough that I don’t really care much about the future. Although… It’s 2020. I really should care about the future. 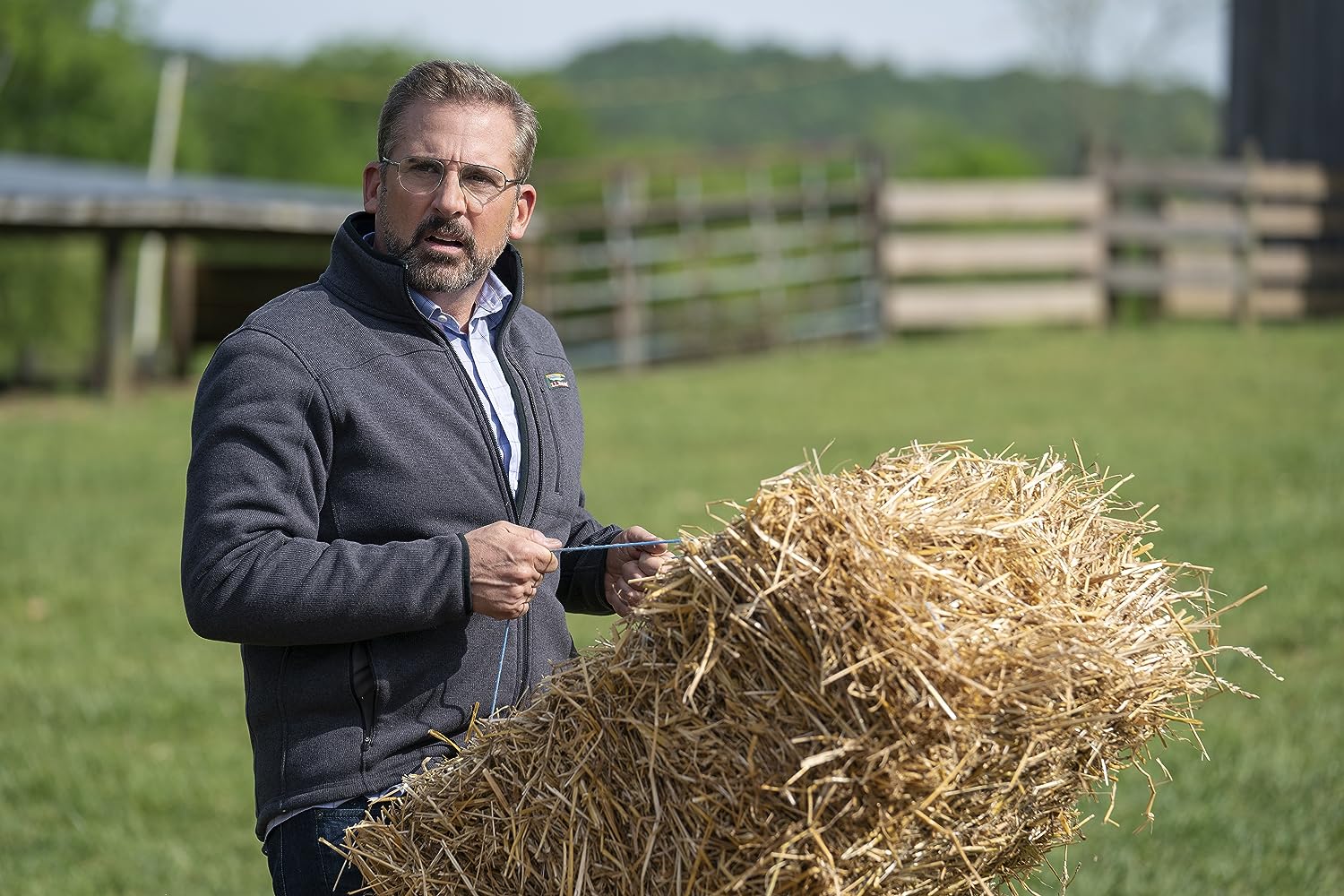 In the end, “Irresistible” is not my favorite movie this year, but a damn good time. If you really don’t like politics in your movies, you might want to sit this one out. After all, it is written and directed by Jon Stewart, who hosted “The Daily Show” until Trevor Noah took over. Before we go any further, I would like to give one last compliment towards the film, and I will say that any excuse to use “dial up Internet” within a joke is worth your time. It worked in “Captain Marvel,” which looking back, is almost the worst Marvel movie, but I liked the dial-up joke. Nice to see it here too! I’m going to give “Irresistible” a 7/10.

Thanks for reading this review! Pretty soon I am going to post my review up for “Minority Report,” the final entry to June 2020’s event, Tom Cruise Month. I hope to get it up by the 30th, but if I don’t, it’s because I’m getting sidetracked with other things. Hopefully in July I get to talk about some newer movies, and I will also point out that Regal Cinemas are scheduled to reopen on July 10th, so I plan on visiting one soon. The same goes for AMC, which is currently scheduled for July 15th. I’m not sure what I’m going to see. If it is not a 2020 film, I’m probably not going to review it, but still. Speaking of 2020 films, be sure to check out my review for “My Spy.” Be sure to follow Scene Before either with an email or WordPress account so you can stay tuned for more great content! If you want to see more movie talk from Scene Before, go like my Facebook page! Otherwise if you want more politics, go like CNN or Fox News. I want to know, did you see “Irresistible?” What did you think about it? Or, what is your favorite movie that seems to have a hint of bias behind it? Let me know down below! Scene Before is your click to the flicks!