This movie continues the adventures of the Kingsman. Poppy (Julianne Moore) strikes the Kingsman’s headquarters, the world is held hostage, the Kingsman run into a US spy organization known as the Statesman, and the two team up to stop the evil Poppy. 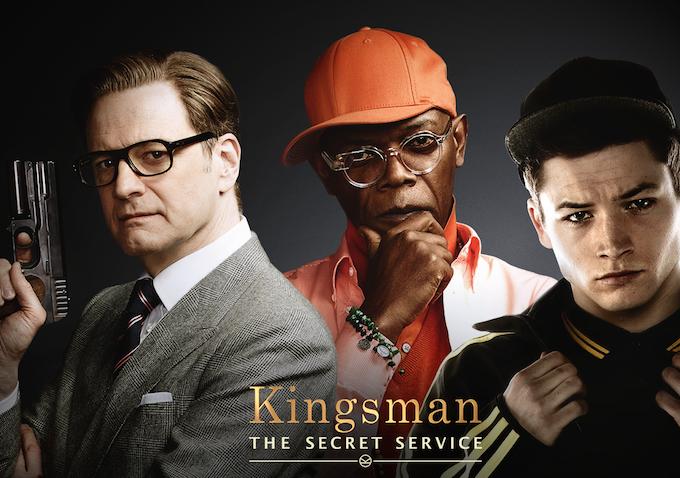 Before we go any further, I’ll have you know that I REALLY enjoyed the first “Kingsman” installment, “Kingsman: The Secret Service.” It’s a movie that absolutely knows what it is, an insane spy movie. You’ve got this kid, he’s trying to become a member of the “Kingsman” organization, there’s tons of action, great music, and British people being British. While I will say that I saw better movies the year “Kingsman: The Secret Service” came out in theaters, such as “Star Wars Episode VII” and “The Martian,” I will say this undoubtedly has the best action sequence from a movie which came out that year. If you have never seen “Kingsman” you should watch it, and as far as that action scene goes, be prepared for when you see Colin Firth inside a church. If you want to watch that action sequence, there will be a video down below that you can click on.

That action sequence displayed above, personally, is one of the best I’ve seen in terms of music choices, cinematography, shock value, movements, and immersion. Going into this sequel, not only did I want a good movie, I wanted something that could potentially rival or top this scene. So did the film provide a scene like that? Sure, but that doesn’t mean it had a scene as good as this one. In fact, you can also say this movie is worse than the original. That doesn’t mean the movie sucks however, it’s still tons of fun and is definitely worth seeing either if you liked “Kingsman: The Secret Service” or if you just want an action flick in order to waste a couple hours.

Starting off the character section of the post, let’s talk about Gary “Eggsy” Unwin, although before we do, LOOK AT THIS SHOT. It’s so crisp, so beautiful, so artistically well done! I love it! Anyway, when this movie begins we actually notice some changes brought to Eggsy’s life since the previous film. The biggest example I can give is that he’s now dating Princess Tilde, which if you’ve seen “Kingsman: The Secret Service,” you may recall her as that princess who gets captured, also as someone Eggsy ends up finding when he’s trying to save the world, then they later engage in anal sex because Eggsy managed to accomplish his mission and save her. Their relationship plays a key role in the film, including a sex scene that isn’t anything short of brilliant. If you manage to see that scene, you might ask yourself “Where do people come up with this stuff?” If the answer is the brain, that wouldn’t be too surprising by the way.

Some of you may argue with me that this is a spoiler, and trust me it’s not, Colin Firth is back in this movie as Harry Hart. I bring up the possible spoiler assumption because of something that occurred in “The Secret Service” involving his character, but based on how Harry has been shown in advertising, I’d say this isn’t a spoiler. Anyway, there’s actually a subplot devoted to Harry that at times, was cringeworthy, but seeing Harry became less cringe-inducing as the movie went on. It reminded me of Tony Stark in “Iron Man 3” if he had a more gigantic cringe-factor.

Julianne Moore plays the main antagonist in the movie, and admittedly, she wasn’t terrible, but overall she was serviceable. There were actually aspects that I found rather cliche about her but at the same time I was able to come across aspects I liked about her which showcased her wickedness. Seriously! She turns a guy into a hamburger! Where else do you see that?! However, when it comes to her as a villain, she very much felt like a cartoon. Moore’s performance however was pretty good.

This movie also introduces us to the Statesman organization, which is basically an Americanized version of Kingsman. This means we get some new characters, some of which play a crucial role in the movie. I liked a lot of these characters. Granted there were mainly people from the southern part of the United States and not many people from the northern part, but keep in mind that this organization is in Kentucky, which is also the state where the church shootout in the first movie occurred. 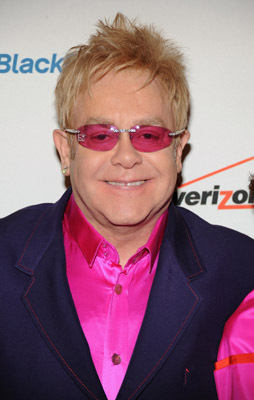 One little factoid that may surprise some of you is that Elton John is in this movie. Not only that, but he also plays a major role in it too. Guess who he plays? Well, he plays himself, and it’s f*cking awesome! Elton John pretty much has one line in the entire movie and that’s “F*ck you.” OK, in reality he had more, but my point has been made. He’s basically a slave to Julianne Moore’s character in a way, and he was a definite scene stealer!

When I watch sequels, I tend to look out for similarities to previous installments of a franchise. “Kingsman: The Golden Circle” definitely had similarities to “The Secret Service.” For example, in this movie we get a “Manners maketh man” scene, we also get an action scene that remains in a single shot for a period of time, and another thing I noticed that’s kind of brought up twice is a reference to this:

PRINCESS TILDE: If you save the world, we can do it in the asshole.

That’s actually from when Eggsy and the woman who happens to be his girlfriend in this particular movie first met. This is actually brought up in a conversation between Harry and Elton John that was somewhat funny, but it didn’t really mean as much as the line it’s reminiscent of. Not to mention before Eggsy leaves to go on a mission, he’s talking to Tilde and she says “If you save the world, you know what happens.” While I do understand what she meant by that, the execution of that line honestly was weak. This is an R rated movie. My suggestion is try to say something raunchier than doing it in the asshole or just eliminate the line altogether. In fact, I’ll mention once again, the execution of the line given in the conversation between Elton and Harry was funny. But how funny would it be if Elton told Harry they can do it in the asshole if the world is saved? Just for the record, Elton John is gay so it would probably make sense. Plus, Harry’s sexuality has never been established, so if he’s heterosexual, he might as well appear grossed out by the comment and it might make for a few laughs in the audience.

Another thing I noticed in this movie is that part of it may be a commercial for the FOX News network. Now, I personally hate FOX News, but that’s not my point. A lot of the movie’s exposition was shown by hearing reporters on FOX News. Part of me wonders how much they paid to be in this film. OK, I take that back, this movie’s from 20th Century Fox so my brain tells me that’s probably likely to be nothing. I say this because I don’t know if I’m imagining things but it’s unusual for me to see a news channel in a movie for the length of time FOX News has been featured in this particular film. OK, well, if we’re talking about “Nightcrawler” or maybe “Cloudy with a Chance of Meatballs” that’s a different story. I remember seeing Sky News in the first movie, but I remember them getting less screen time. This does remind me of the movie “Mother’s Day” which is basically a 118 minute long commercial for the Home Shopping Network. Granted FOX News in this movie is a lot less in your face as opposed to the Home Shopping Network in “Mother’s Day,” but still.

One more complaint I have about “Kingsman: The Golden Circle” is that it’s too long. The movie has so many subplots in it that it almost feels like an extended cut as opposed to a movie that would traditionally feel like a theatrical cut. Watching the movie’s climax, I was nearly convinced into thinking that the movie almost didn’t know when it wanted to end based on all of the s*it that was going down. It’s like all the hurricanes we’ve been getting lately. WAIT! THERE’S ANOTHER ONE?! F*CK THIS WORLD!

In the end, “Kingsman: The Golden Circle” may have flaws, but I’d say it’s definitely a sequel worthy of the “Kingsman” name. The first movie may be better, but this movie is certainly a fun ride with tons of action, cool new characters, and an interesting villain despite how cliche she is. From a technical perspective, this movie’s amazing, and I’d say this movie also happens to be enjoyable in terms of entertainment value. I’m gonna give “Kingsman: The Golden Circle” a 7/10. Thanks for reading this review, and before we go any further, I’m gonna let you know about a cool new app called Stardust.

Stardust is a free app you can download if you want to talk about TV shows and movies. There are multiple cool things you can do with this. You can record short videos about movies or TV episodes, you can follow people for their latest thoughts and reactions, by the way, my Stardust handle is JackDrees if you want to follow me, and you can also add movies and TV to a watchlist. By the way, if you want to talk about a particular movie or an episode of a TV show, you don’t even have to watch it, the videos you take can give you the option to say you haven’t watched something. So go download the app now, and this is NOT SPONSORED. I just wanted to share this because I have a feeling a number of people in my demographic would find this interesting.

As far as upcoming reviews go, this weekend I want to go see “American Made” which stars Tom Cruise and is directed by Doug Liman, who directed “The Bourne Identity” and “Edge of Tomorrow,” I’m also desperate to see “Blade Runner: 2049,” by the way, based on the early reviews, I can tell this movie’s gonna be amazing. I also want to see “Stronger” at some point. We’ll see what happens. Stay tuned for more reviews! Also, which “Kingsman” movie did you like better? “The Secret Service” or “The Golden Circle?” If you ask me personally, “The Secret Service” is the better movie, but I want to know your thoughts down below. Scene Before is your click to the flicks!