Before we dive into this review for the crime against movies known as “Underworld: Blood Wars,” I’d like to take a second to promote something to you all. Keep in mind, when I say promote, I don’t mean that as in I’m advertising something for money. I just discovered something the other day that I think will totally interest a number of people reading this post and I want to share it with you all. So it’s free advertising! I want introduce you all to an app called Stardust.

Stardust is a free app you can download on your mobile device. It’s basically Snapchat for movies and TV. Now I find it amazing that I like this because I don’t like Snapchat. How does it work? You can search for any movie or TV episode and record a short length video featuring your reaction and/or thoughts to the movie or TV episode. For example, if you go see the latest movie in the Marvel Cinematic Universe or if there’s a movie you like or dislike that you really want to talk about, you can record a video summing up your thoughts. Or if there’s a TV show you’re watching and you want to talk about a specific episode, you can bring that up as well. I know this for a fact when it comes to movies, I’m not sure what the case is when it comes to TV, considering I’ve only talked about movies on Stardust thus far, you don’t even have to see the movie you’re watching. You can give your thoughts about any of this stuff at any given time even without knowledge of said stuff. Just don’t do it when you’re naked, that’s what intimate video chat is for. Plus, it’s kinda weird. You can also find other people who use the app and follow them for updates on their movie and TV thoughts. If you want to find me on the app, my handle is JackDrees, go check it out! Now with that out of the way, let’s start the review.

“Underworld: Blood Wars” is the fifth installment in the “Underworld” franchise. It began back in 2003 and now it has lead up to its most recent installment which has come out in theaters January of 2017 (even though you can also call this a 2016 movie). This film is directed by Anna Foerster, who has directed episodes of TV shows like “Outlander” and “Criminal Minds.” This film stars Kate Beckinsale (The Disappointments Room, The Aviator), Theo James (Divergent, Golden Boy), Tobias Menzies (Casino Royale, Outlander) and involves the main character of Selene as she tries to end a war between the Lycans and the Vampires. 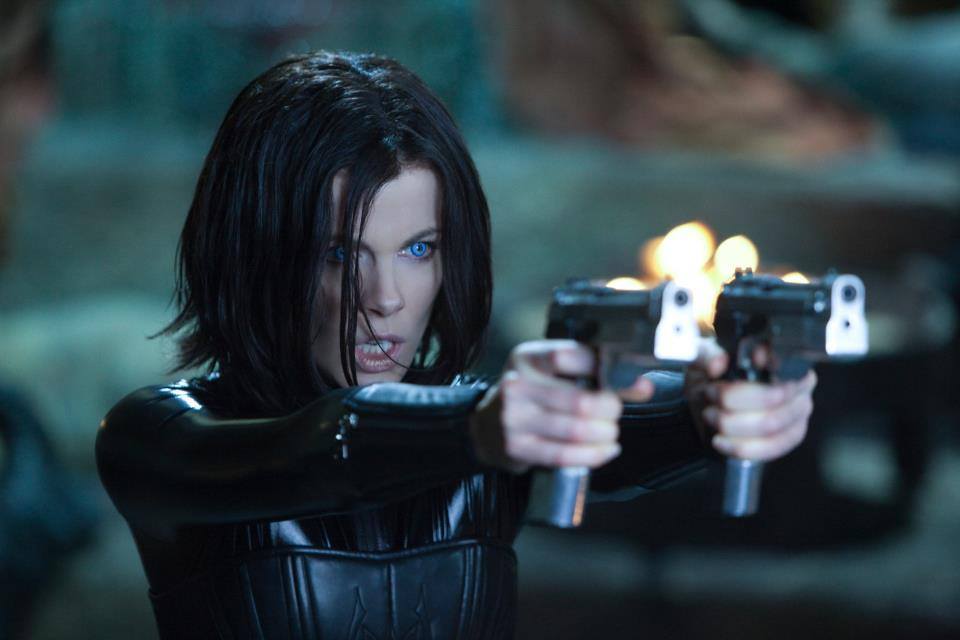 When it comes to the “Underworld” franchise, I can imagine that some people see this as a series that shouldn’t be taken too seriously, and I can kind of understand why, but that doesn’t mean all of its movies are good. I enjoyed the first two movies, but the other sequels leading up to “Blood Wars” were just awful. “Rise of the Lycans” probably has the one of the most poorly presented sex scenes in cinematic history, and “Awakening” is just plain forgettable. Not only that, but even the good movies aren’t even that great. I’ve gone back to watch the first movie more than once, but other than that, I had no desire to watch the other ones again. OK, to be fair, I actually watched 3 & 4 for the first time recently, but I haven’t really gone back to watch 2. Despite my hate for 3 & 4, I wouldn’t say they belong in the garbage bin. Granted, 4 comes close, but it’s not quite there. This movie however, might just have a place in said bin. If you think about it, this news isn’t really all that surprising. This movie released theatrically in the month of January and it’s the fifth installment in the franchise which is coming out five years after the previous installment, which by “Underworld” standards is unusual because these movies typically come out three years apart from each other. For the record, this isn’t the only fifth installment in a franchise to come out this year that I disliked, “Transformers” is another example. 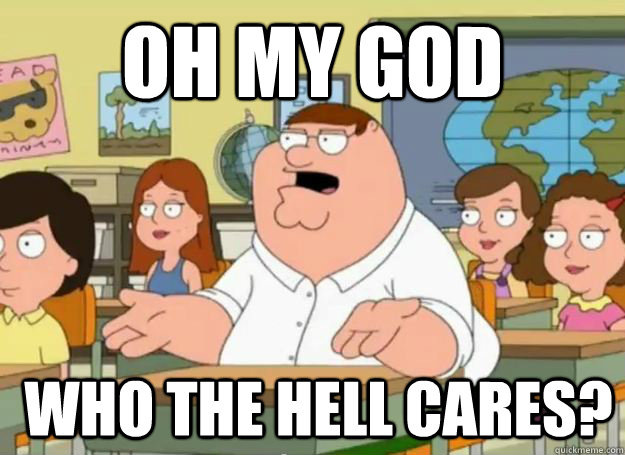 Before we dive into anything else, I just want to bring up how forgettable and boring this movie truly is! I barely remember anything in the movie plot-wise (if there is one). In fact I think “Transformers 5” had more of a plot than “Underworld 5.” All I can recall is that there was this huge quest for blood, mindless action, weird editing techniques, characters I didn’t give a s*it about, and just random nonsense! I’ve sat through a couple boring movies this year: “Logan Lucky,” “Ghost in the Shell,” but here’s the thing about those movies, they qualify as movies! “Logan Lucky” has good cinematography and acting, “Ghost in the Shell” has stellar action and great visual effects that makes you almost feel like you’re watching “The Fifth Element” or “Blade Runner.” This movie has like a couple coolish moments having to do with action but that’s about it for the positives! Let me just put it this way, “Rise of the Lycans,” is not good, but, at least there I cared for the characters. I cared for nobody here. I mean, I knew who some of the people were, it would be somewhat shocking if I didn’t know who Selene was considering I watched four other movies leading up to this one with her in it. Speaking of which, let’s talk about her.

Kate Beckinsale plays Selene once again and she’s pretty much the same character you can truly expect to see here if you’ve watched previous “Underworld” installments. However, unlike other movies I’ve seen her in where her character is rather kick-ass at times, you don’t really get any moments here that stand out in terms of kickassery. I can still remember the first movie when there was a scene where Selene had to shoot around a floor that stood out. I still remember a scene from the end of the first movie, the one where she slowly bites that one dude. Granted there were still moments of action out of “Underworld: Blood Wars” that I still remember, both for good and bad reasons. But there’s not really many moments where people shine here. It’s kind of like “Revenge of the Nerds II: Nerds in Paradise,” which now that I think about it, another thing these two films have in common is the boredom factor. Although I’ll say, “Revenge of the Nerds II” didn’t have as many boring moments which means this movie is more like “The Girl on the Train.”

The action in this movie, as mentioned, was both good and bad. There was a scene in a cage that was rather interesting to watch, although from an editing perspective, maybe slightly flawed by the looks of it. I own the Blu-Ray so I could probably look back and see if I’m just imagining things. The opening action sequence had potential to be somewhat cool but the editing in that scene at times was just somewhat jarring! The ending action sequence was rather cool, but chances are I won’t remember it that well. The sound editing was pretty good, but I can’t really think of anything else that was really that slick. Oh yeah, and SPOILER ALERT ahead, once the final action sequence ends, the movie doesn’t have much time left until it ends, and it’s actually open ended. I checked the movie’s IMDb page and Len Wiseman, a producer behind the “Underworld” movies, says that there will be a sixth film in the franchise! If this were another franchise, it’s possible that I might be rather excited, but based on how these movies progressively get worse, I can’t say the same about this! It’ll also star Kate Beckinsale one last time, and I hope it’s one last time because these movies need to die. As much as I enjoyed the first two “Underworld” installments, it’s objective that the franchise doesn’t really qualify as quality filmmaking.

In the end, “Underworld: Blood Wars” is a film you guys just really shouldn’t see. Go watch the first movie again, not only is it better, but you’re more likely to get it for a cheaper price! This franchise was dying when I watched the third and fourth installments, and after seeing this fifth installment, its death has now arrived. I’m gonna give “Underworld: Blood Wars” a 2/10. Seriously though, if a sixth “Underworld” movie is being made, my biggest request is that there’s effort put into it. There can still be mindless action, there can still be a dark color palette, just make a good movie, that’s the main thing I’m asking for! Not to mention, this news came in VERY RECENTLY and I almost left this information out, apparently “Underworld” is getting a TV series. If this is true, put effort into that too! Thanks for reading this review. Pretty soon I’ll have my review for “Kingsman: The Golden Circle,” and now that I reviewed a number of Tom Cruise films which he made in the past, I want to follow up on that by seeing “American Made” this upcoming weekend. Stay tuned for more reviews, and I’ll ask you all, what is your favorite “Underworld” movie? You can still say it’s this one. You can even bash me and roast me and tell me why I’m wrong, I don’t care! I just want to know your thoughts! Anyway, comment below, and I do read them by the way. Scene Before is your click to the flicks!