“American Made” is directed by Doug Liman (Edge of Tomorrow, The Bourne Identity), and stars Tom Cruise (Risky Business, Mission: Impossible), Domhnall Gleeson (Ex Machina, Star Wars Episode VII: The Force Awakens), and Sarah Wright (21 & Over, Marry Me) and it is being marketed saying that it’s “based on a true lie.” The film’s about a pilot played by Tom Cruise who lands work transporting contraband for the CIA and as a drug runner for the Medellin Cartel in the south in the 1980s.

Going into “American Made” I was expecting a number of things. First off, a good movie, which by the way I did get. Second, a fine Tom Cruise performance, that was there too. Some moments of comedy despite having a serious situation at hand, that was also there. And I also expected an interesting story, for the record, I never really heard about this because I wasn’t born until 1999 and I just never researched it. I got all of that and a little more.

My favorite aspect of the entire film is how it looks. I went to see this film in IMAX, which I will say enhanced the experience a bit. By the way, if you do want to see this film in IMAX, make sure you can fit it in because this won’t be there long before “Blade Runner: 2049” comes out on October 6 and there could be a good chance that this won’t be playing at your local IMAX. As far as the camera goes, this film was shot on an Arri Alexa, which is a camera capable of shooting in 2K, which is higher than HD but lower than what is typically considered Ultra HD, or 4K as some people may call it. Even so, the film looked amazing. The aerial shots looked beautiful, the locations were gorgeous, and I truly felt like I was in the movie at times. But then again, I’ll mention, I saw the movie in IMAX. Also, one more thing. As much as I appreciated the cinematography in the movie, I wouldn’t say it was perfect. At times, it would zoom on certain things, and I have seen that before and it worked in other pictures, but here it’s kinda sketchy. 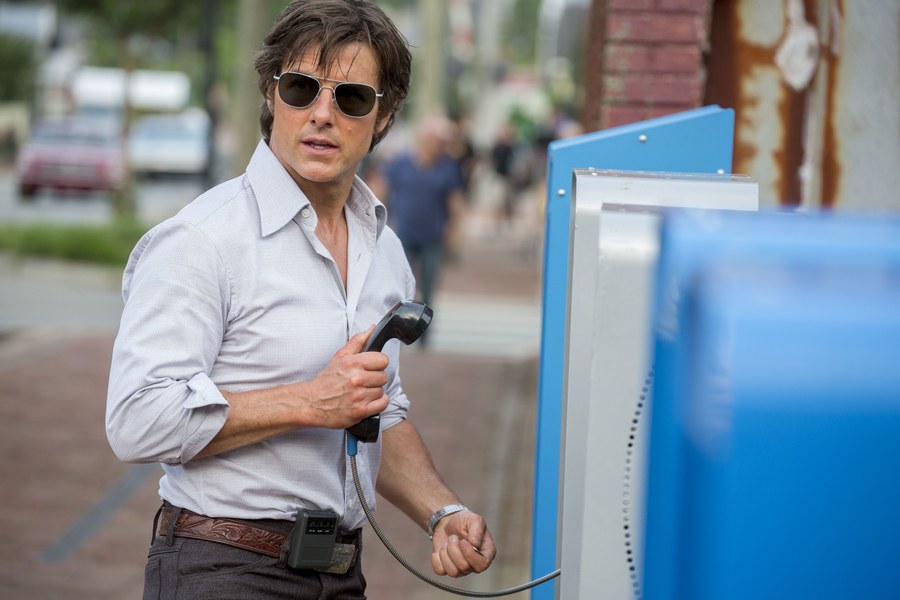 Let’s talk about Tom Cruise’s character of Barry Seal. If you ask me what I think of Tom Cruise himself, personally, I think he’s a fine actor. As a person, he may not be the best when it comes to relationships, or in terms of controlling his own ego, but as an actor, he’s got chops. He even starred in one of my favorite films of all time, and quite possibly my favorite coming of age movie, “Risky Business.” He’s also proven to be a stellar action star, just watch the “Mission: Impossible” movies! When it comes to Tom Cruise in “American Made,” I’d say that this is what happens if his performances from “Top Gun” and “The Last Samurai” got together and had a baby. The elements are there! In “Top Gun,” Tom plays a pilot, and as far as Tom Cruise in “The Last Samurai” goes, I didn’t really see much of Tom Cruise in that movie, and I mean that in a good way because Tom Cruise felt like a different person. Not to mention, both “American Made” and “The Last Samurai” take place way back before the time they came out. I will say, Cruise’s performance isn’t necessarily as good here as “The Last Samurai” because I can still see Tom as I watch “American Made,” but it is definitely a fine performance. 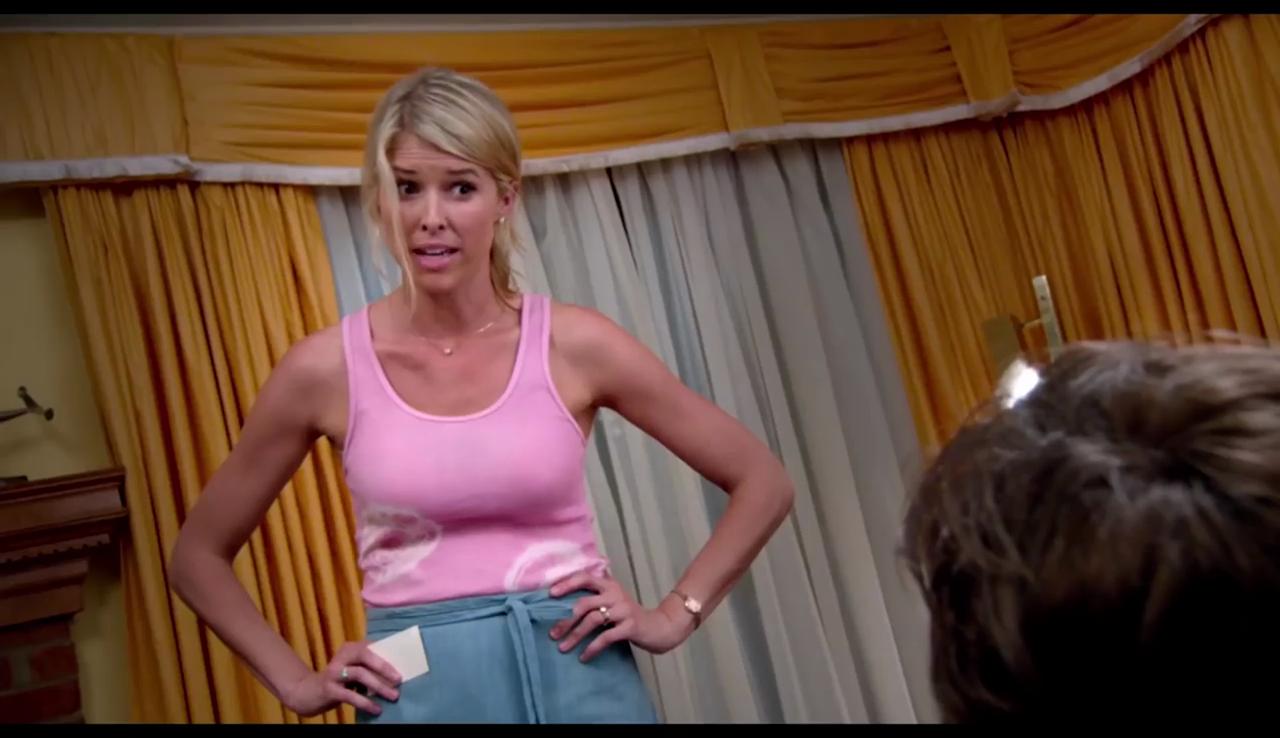 Sarah Wright plays Barry’s wife, Lucy. Wright did a fine job as her and while I can’t really say many redeeming things about her that makes her character stand out from many others, she definitely was a fine character and moved the movie along very well. Quite possibly Wright’s best scene, performance wise, is when she’s watching TV and she sees something that if I said it, would spoil some of the movie for you. 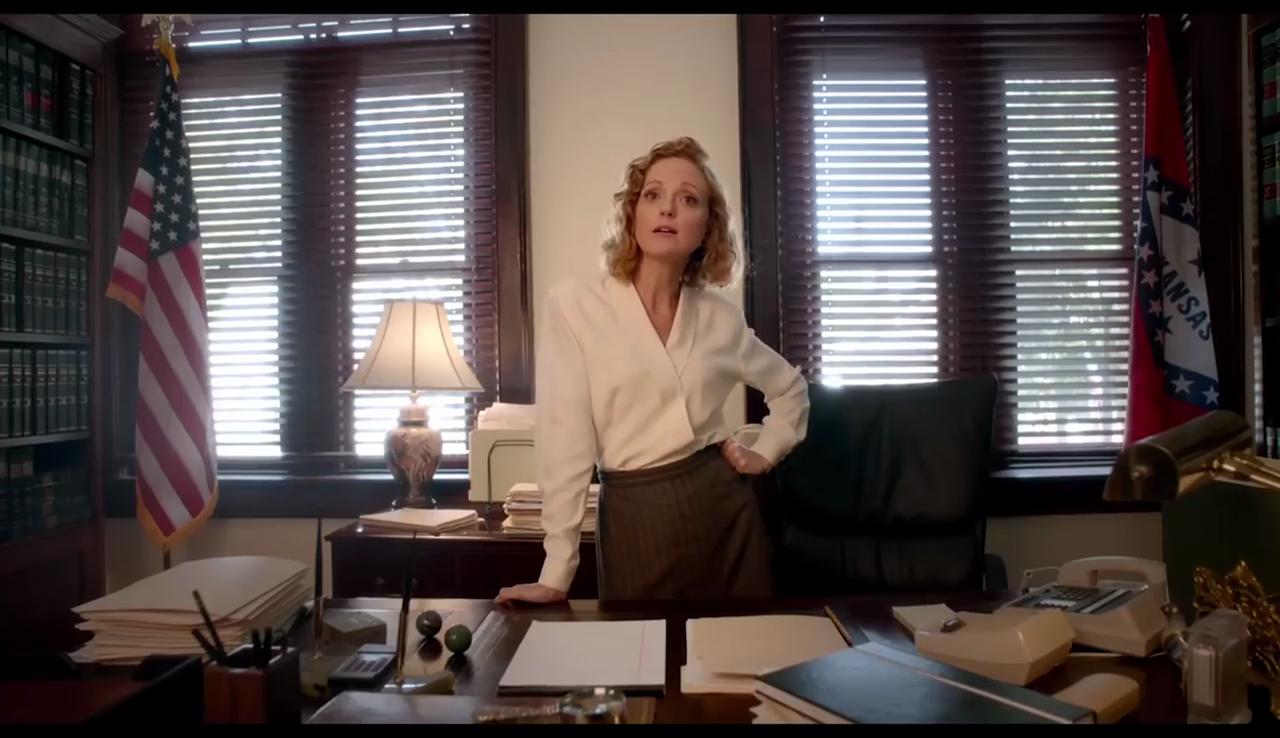 One of the biggest shockers for me in this movie is that Jayma Mays is in it. You may know her from “Glee,” a show which I actually never saw and it’s also a show I personally don’t want to see in the near future. However I have seen Mays in other movies which critically, were spat in their faces. I’ve seen Mays in 2009’s “Paul Blart: Mall Cop” and 2011’s “The Smurfs.” “Paul Blart: Mall Cop” is a guilty pleasure of mine, but I’ll mention to you I live near the shopping centers where this movie was shot. As far as “The Smurfs” goes, that might have been the worst movie I’ve seen to have released in 2011, now keep in mind, I haven’t seen “The Twilight Saga: Breaking Dawn Part 1” or “Jack and Jill” so before you comment below, think wisely. Speaking of surprises, Jayma Mays probably gave the best performance in the entire flick. I honestly want to see her nominated for Best Supporting Actress when the Oscar season comes up. She plays Dana Sibota, the Assistant Attorney General of Arkansas, so when you go see this movie and it’s about halfway done, look forward to this character.

One thing that didn’t surprise me but I imagine could surprise some people who haven’t heard much about this movie is that at times, it’s funny. Now it’s not hilarious, it’s not like “The Hangover” or “Anchorman” or anything like that, nothing slapstick, it’s just rather comedic at times. I was watching one of the TV ads for this movie, it shows a plane crash, and Tom Cruise is talking to this guy on a lawn, and that actually turned out to be the part of the movie where I laughed the most. 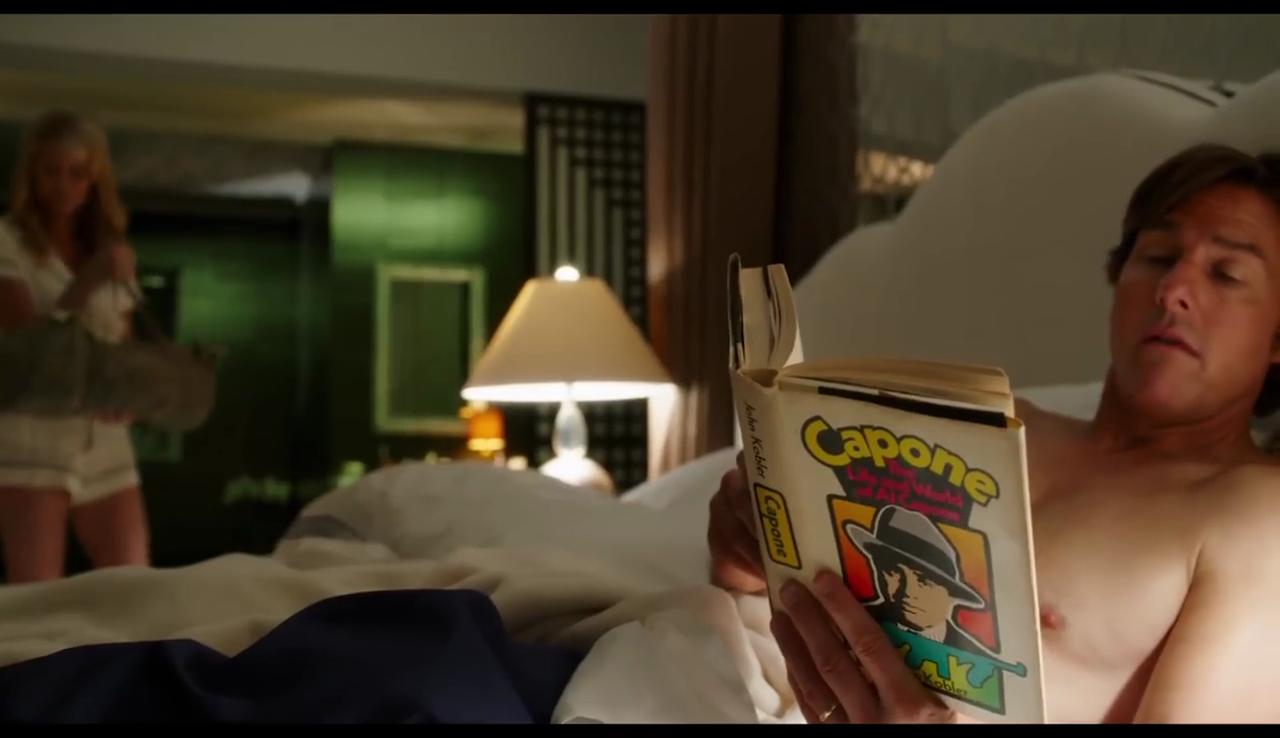 In the end, “American Made” is worth checking out. I’m aware that awards season is around the corner, and I do hope this does get nominated in a couple categories: Best Supporting Actress for Jayma Mays’s performance, Best Cinematography, and Best Sound Editing, although in that aspect I don’t really think it stands a chance against “Dunkirk,” which basically turned the entire auditorium into a war zone. The replay value for this movie personally is a little low, and there are some characters that don’t really stand out as much as others, but all in all I had a good time watching this movie. I’m gonna give “American Made” a 7/10. Thanks for reading this review, next weekend I’m hoping to go see “Blade Runner: 2049,” the sequel to what is considered one of the greatest sci-fi films ever made, I can already tell it’s gonna be great just based on reviews, so I can’t wait. I’m also hoping to see “Stronger” which stars Jake Gyllenhaal as a man partially affected by the Boston Marathon bombings. Also, if you’ve got Tom Cruise fever right now, I’ll leave some reviews for movies that have Tom Cruise in them, feel free to take a gander, they are worth reading. Stay tuned for more reviews! Also, what is your favorite movie with planes in them? Let me know down below! Scene Before is your click to the flicks!