Hey everyone, Jack Drees here! Well, whaddya know? It’s post 300! If you remember around the time of my 200th post, I did an analysis of my Blu-ray collection. Now we have reached a total of 300 and with that in mind, we have an update to go through. Last Spring we have gone through my ENTIRE Blu-ray collection only to realize… They’re a hell of a drug for me. We live in an era where “Netflix and Chill” seems to be the cool and hip thing to say, but the reality is, I just like the feeling of having something and knowing that a studio or service is not going to take away my right of viewing it after awhile. We live in one hell of a time where everything is at our fingertips, but I’m old fashioned. I’m 19 years old, and I already feel like that old man complaining to my grandchildren about the ways things used to be and that sort of thing.

“Back in my day, we went to this thing called a store, where we bought cases, that you had to pick up with your own hands. And it was like a Tamagotchi, you had to take care of it. You had to store it on shelf space, and when you wanted to watch it, you had to physically maneuver yourself to a media player. And hopefully, the disc wasn’t scratched! Swell times!”

No, seriously, even though I know there is a market for physical media out there, this is the way I feel right now. But who cares? Because it is time to dive into the collection.

Before getting into the collection however, I would like to point out something. This is for my Blu-ray collection ONLY, so while I do own a number of DVDs, they will not count. Blu-ray is my main physical medium, which is part of why I continue to collect it to this day. And yes, this will include 4K discs, because those are technically under the Blu-ray label.

Also, instead of what I did last time, which is simply listing everything I’ve collected, I am making the choice to record a video showing off the collection in detail. I feel like it would provide a more immersive experience instead of me just telling you what I have. Anyway, hope you enjoy the video!

I just want to say, I tried uploading this video directly to this WordPress page, but unfortunately it wouldn’t go through. However, if you want to see more from my YouTube channel (which does not really have much to do with movies), click the link below and subscribe! 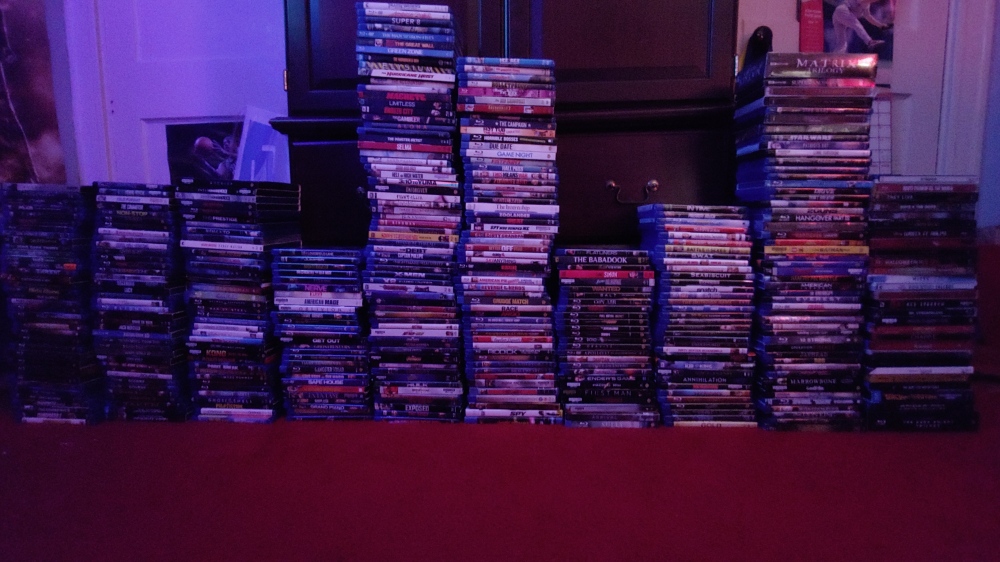 Thanks for checking this out, and I will remind everyone that coming soon I have my review for “Godzilla: King of the Monsters” which… Oooh boy. That’s gonna be a fun review. Just you wait. Be sure to follow Scene Before either with an email or WordPress account so you can stay tuned for more great content! I want to know, do you still buy Blu-rays? Samsung just recently stopped making Blu-ray players, which according to a lot of people, seems to signify *the end of physical media*. I think it has *at least* ways to go, but if that end comes soon, I am gonna be a mess. But hey! This may be worth something one day, so who knows? Let me know down below! Scene Before is your click to the flicks!