This film is the sequel to the box office and critical success that is “The LEGO Movie,” which to me is one of the most surprising flicks ever made. On paper, “The LEGO Movie” is one of the dumbest ideas of all time, despite how it somehow worked for video games over the years. It’s a movie about plastic building blocks that take forever to assemble and will instantly kill you once you step on them, and it somehow worked. And I don’t just mean worked, it’s up there with “The Hobbit: The Battle of the Five Armies,” “Whiplash,” and “Interstellar” as one of my favorite movies of 2014. Such a great year for movies. AND I’M STILL PISSED IT DIDN’T GET NOMINATED FOR BEST ANIMATION AT THE ACADEMY AWARDS! Dumb f*ckery indeed! In fact, when I go to the movies, one of my frequent partners is my father, and I never see him have such a passion for many of the new releases we go see together. “The LEGO Movie” is one of the few exceptions. In fact, I’d say I’m willing to bet he likes “The LEGO Movie” more than I do, which says something especially given how I gave it a 10/10 score when I reviewed it here on Scene Before.

When it comes to the sequel however, it’s… just… good.

I am somewhat disappointed with the results of “The LEGO Movie 2: The Second Part.” While there is still LOTS of fun to be had, while there is still TONS of humor, while there are still MANY grand ideas, it just suffers from being less of a “family” movie, and catering a little more towards the kids. “The LEGO Movie 2” may be an enjoyable experience, but it drags a bit from its occasionally kiddy and less than satisfying original song track. I am not saying that the original “LEGO Movie” had no original songs put in, “Everything Is Awesome” was the definition of “catchy pop earworm.” In fact, I think there’s a song from “The LEGO Movie” that is significantly underappreciated.

Darkness!
No parents!
Continued darkness!
More darkness, get it?
The opposite of light!

Genius! Those are the actual f*cking lyrics to Batman’s Untitled Self Portrait! Sadly, we don’t get any songs as cool as that, or even as cool as the kick-ass opening number in “The LEGO Batman Movie.” However, I must say, Batman is as cool as ever.

Comic book nerds, if you guys are having a debate as to who the best on-screen Batman happens to be, this universe’s LEGO Batman (Will Arnett) interpretation BETTER qualify in your future debates, because he is freaking spectacular! There’s a meta joke in this movie between him and another character where he goes on about how awesome he is just because there were “nine movies already made about him and three currently in development.” Batman shines once again as being the ultimate version of a superhero narcissist. I can’t dive much deeper than that because, well, spoilers.

When it comes to the main character of Emmet (Chris Pratt), one part of this movie that I kind of dug is how despite being able to save an entire universe, Emmet is still technically lacking any special traits, which is pointed out in the first few moments of the flick. In fact, he’s literally back to being the same old hyperactive, giddy, happy go-lucky optimist that we were introduced to into the first movie. There’s a rehash of the first scene from the original movie when Emmet wakes up and says good morning to his city, but this time it is to his apocalyptic wasteland.

Speaking of things taken from the first movie, the movie continues its meta humor trend. I already mentioned the Batman thing, but there is a vast amount of other insertions of meta humor throughout. They make fun of convenient movie tropes. For example, hasn’t anyone ever noticed how slow doors close in movies for dramatic effect? There’s a brooding scene where the characters realize exactly how angsty they are. And there’s even an entire character dedicated to making fun of Chris Pratt! 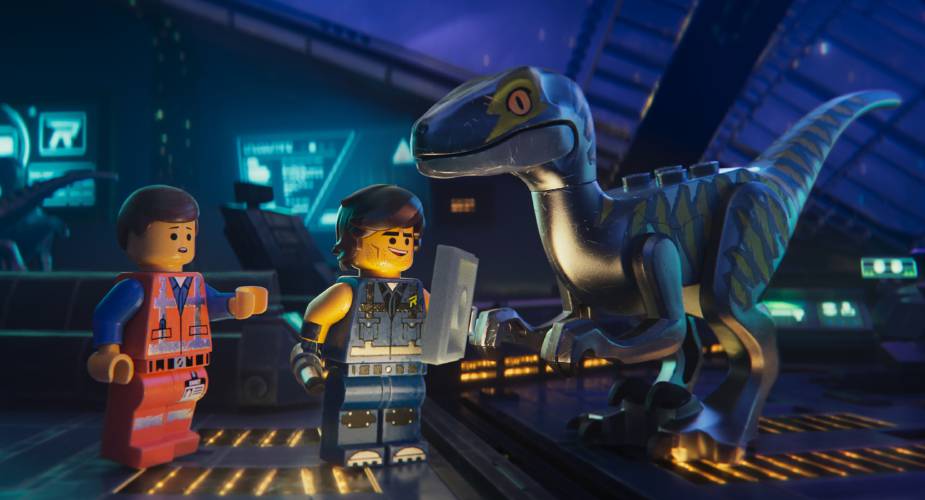 In other words, you have Chris Pratt from other movies, combining his own characters from “Guardians of the Galaxy,” “The Magnificent Seven,” “Jurassic World,” and even Emmet himself! THANK! YOU! WRITERS! I will say, he was not as funny as I was expecting him to be (I may have hyped him up a little more than necessary), but he was still pretty dope. I will say, should they make another “LEGO Movie,” I really hope Universal undoes the cancellation of “Cowboy Ninja Viking,” because that was supposed to star Chris Pratt and if that movie comes out before “The LEGO Movie 3” and if Rex Dangervest makes a return, it would be interesting to see a modernized version of him where he partially contains the personality of the main character of that movie. That way, instead of being a galaxy-defending archaeologist, cowboy, and raptor trainer, he will then become a galaxy-defending archaeologist, cowboy ninja viking, and raptor trainer. Make it happen Warner Animation Group! Also, Universal, make that other project happen too.

If worst comes to worst, they can evolve him to “galaxy-defending archaeologist, cowboy, raptor trainer, and ship roamer.”

If you don’t get that last one, just watch “Passengers.”

This movie, much like the first one, has a handful of cameos. You’ve got the DC Universe, Gandalf, Abraham Lincoln, Ruth Bader Ginsberg, Gary Payton, Sheryl Swoopes, even John McClane from “Die Hard” (or if you are IMDb, Bruce Willis)! And by the way, Bruce Willis actually has a voice in this movie! That is brilliant in every sense of the word! When it comes to this movie, it is a frenzy of fantastic ideas that are sadly hindered by musical numbers that are occasionally a pain to get through (although there is a good one featuring DC characters). I just feel like this movie is a kiddier version of its predecessor. Granted, it could definitely be worse. There aren’t many poop jokes that I recall, which is DEFINITELY a good thing. 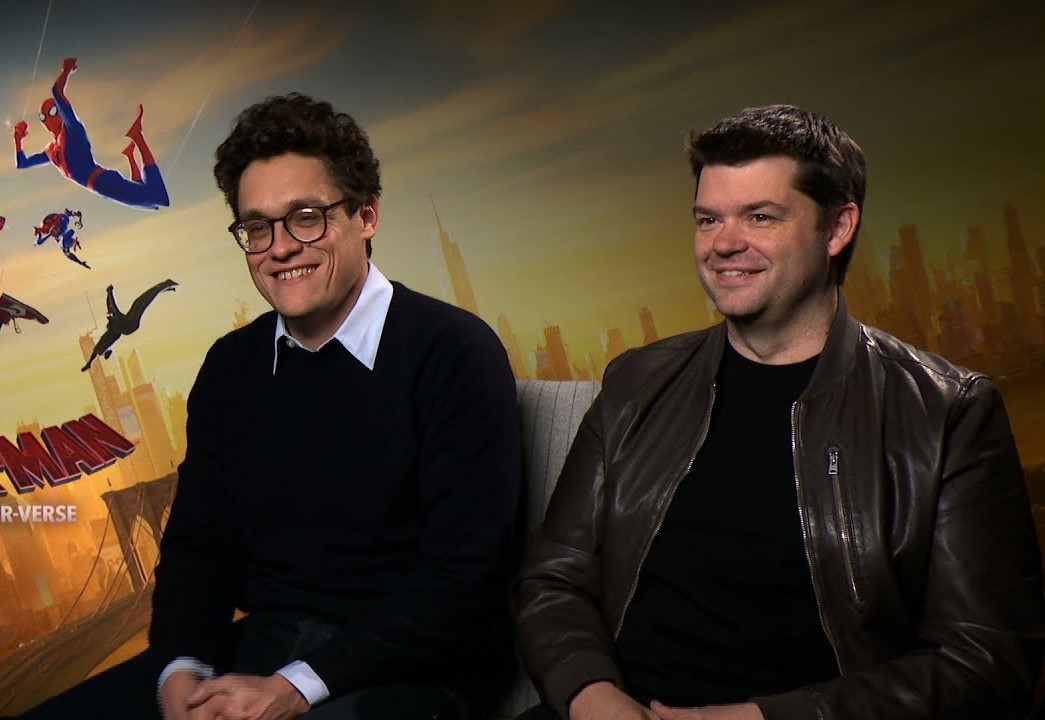 Phil Lord and Christopher Miller worked on this movie, not the in the directing department, but they still worked on it, just like they did with the first one, and the duo are becoming two of my favorite people working in the industry. Between “The LEGO Movie,” “Spider-Man: Into the Spider-Verse,” “Cloudy with a Chance of Meatballs,” and what I imagine would could MAYBE be a better version of “Solo: A Star Wars Story???” I feel that this duo is becoming more and more relevant by the day, with this movie being the duo’s latest success. Granted it falls more into “Cloudy with a Chance of Meatballs” territory as opposed to “Spider-Man: Into the Spider-Verse” territory, but still. These two have a pretty solid track record thus far, and it is quite possible they could end up building a legacy similar to that of Christopher Nolan, Steven Spielberg, or Wes Anderson in the near future. Granted, I have not seen all of Lord and Miller’s work. I still haven’t seen “21 Jump Street” despite having owned it on Blu-ray for quite some time. I have faith in the Lord and Miller duo, and while this is be one of their inferior films, they still have my respect.

In the end, “The LEGO Movie 2” is a solid time at the movie theater. I’d say bring the kids, chances are they will end up enjoying it. If you really enjoyed the first “LEGO Movie,” you might find enjoyment in this as well. I will give praise to the “The LEGO Movie” franchise as a whole for having a consistent feel that doesn’t really come off as tiring. It’s lighthearted, wacky, creative, and amazingly fast-paced. I can’t confirm entirely given how I skipped on “The LEGO Ninjago Movie,” but I’ve seen three of this universe’s films at this point, and all of them have been at the very least, entertaining from start to finish. Is this the worst of the LEGO franchise? Yes, but it’s better than stepping on a LEGO brick. But to be completely real, just about anything is. I’m going to give “The LEGO Movie 2: The Second Part” a 7/10. Thanks for reading this review! If you are subscribed to this blog, stay tuned because it is currently Oscar season, and there is a good chance that I’ll have at least one post related to the Academy Awards coming up in the near future. I’ve made it a tradition to do a recap, which I may do again this year. And to be honest, I have the exact opposite of good feelings for this year’s ceremony. Between how the Academy has treated its technical members, to nearly implementing a Best Popular Film category, to not having a host this year, I am just scared at this point! But fear not! Because I just did my own awards show! If you want to view the 1st Annual Jackoff Awards, there’s a box down below that will take you right where you need to go! I should warn everyone who plans on reading this thing, BUCKLE UP, because it is a LONG post. But it is intentionally long, it’s a creative choice! Be sure to follow Scene Before either with a WordPress account or email so you can stay tuned for more great content! I want to know, did you see “The LEGO Movie 2: The Second Part?” What did you think about it? Or, of the current franchise of LEGO movies, which is your favorite? Let me know down below! Scene Before is your click to the flicks!