Hey everyone, Jack Drees here! Look up in the sky! It’s a bird! It’s a plane! The bird is getting crashed by the plane! Today we are going to discuss some of the most shocking movie news I’ve ever witnessed this year! When it comes to comic book movies, we’ve had our fair share of standouts this year when it comes to news. We’ve gotten news about records being broken by “Black Panther” and “Avengers: Infinity War,” James Gunn, director of “Guardians of the Galaxy” and “Guardians of the Galaxy Vol. 2,” had his Disney business relationship severed over nasty tweets, thus making him unable to direct “Guardians of the Galaxy Vol. 3.” The Russo Brothers, the directors behind “Avengers: Infinity War,” essentially sent out a reminder that spoiling the movie is wrong and is just as bad as committing murder. We also received word that both “X-Men: Dark Phoenix” and “The New Mutants” were pushed back from their original release dates. While “Dark Phoenix” is a somewhat understandable pushback, the one for “The New Mutants” is basically an electric shock and a half, moving from April of this year to August of next year!

Aside from the James Gunn situation, this news we are going to talk about may be the most shocking comic book movie related news I have to take on this very year. Henry Cavill, otherwise known as the star of 2013’s “Man of Steel,” which was essentially THE KICKSTARTER of the Detective Comics Extended Universe, has apparently parted ways with Warner Brothers and will no longer appear in any of the future DC films as Superman. 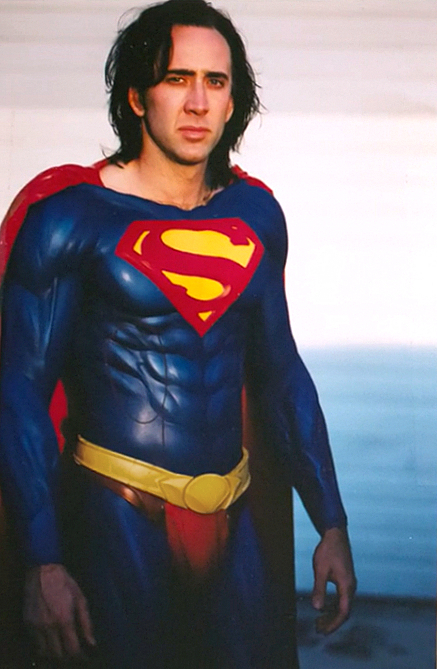 Before we go any further, there’s probably a spot open in the DC Extended Universe for a role, so I gotta ask, Nicolas Cage, what are you waiting for?! You had a chance to play Superman before and that didn’t work out! This is a second chance for you! Take it while it’s here! 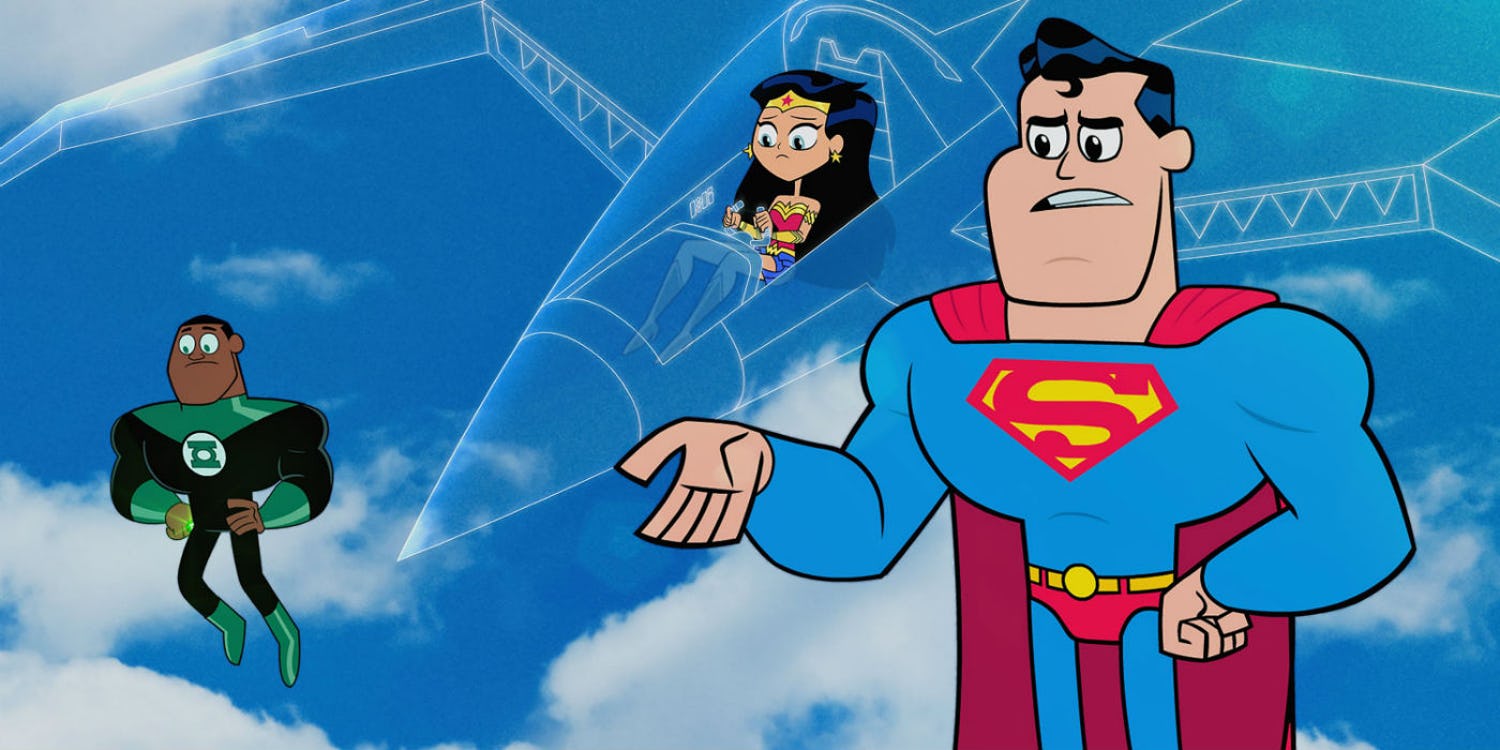 Oh yeah, right, this happened. Still, you can play a LIVE-ACTION Superman!

Nevertheless, to me, this news is something that didn’t even cross my mind. Out of everyone that would slip away from the Detective Comics Extended Universe, I didn’t think Cavill would be the last one. Maybe Amy Adams, maybe Laurence Fishburne, maybe Ben Affleck (in fact at this point, it’s quite possible he’s completely out), all those people would consider parting ways or exit the DC Extended Universe before Cavill. I mean, it”s pretty certain that folks like Gal Gadot want to stay. I thought Cavill had no problem with staying in a franchise like this. It certainly pays well, he gets to be an iconic character, and it’ll definitely help with name recognition. I mean, if he wasn’t Superman, there’s a chance I’d probably have no idea who this guy was once I saw “Mission: Impossible: Fallout.” This almost sounds like something you’d hear about a maniac who insults women becoming president. But then you look at the source where this pretty much all started, The Hollywood Reporter.

According to the article, Warner Brothers, the studio behind all of the movies in the DCEU, has been making attempts to enlist Cavill to make a cameo appearance in the upcoming Zachary Levi-lead “Shazam” set to release in 2019. However, that is not happening, and when it comes to Cavill’s representatives WME (William Morris Endeavor) and the studio, the two sides were in talks and it basically lead to the end of Cavill’s Superman appearances.

So when that “Justice League” sequel comes around, not only will Cavill’s facial hair be erased, but so will his entire body.

The article goes on to state that Warner is shifting its gears towards making a “Supergirl” movie, which will focus on a teen heroine. Because ya know, we need some buildup toward “Batgirl v. Supergirl: Dawn of Injustice: Gods Among Us.”

One quote from the article states the following: “Superman is like James Bond, and after a certain run you have to look at new actors.” Funny enough, Daniel Craig is supposed to be doing his final “Bond” movie. So if Henry Cavill becomes James Bond, which honestly would be my preferred pick for the next Bond other than maybe Tom Hiddleston, it would be interesting to see a trade in roles between him and Daniel Craig. I doubt Craig wants to be the next Man of Steel, and I never really imagined him as such a characater, but nevertheless. I should also mention that Cavill was the runner-up to play Bond before the crew ultimately decided on Daniel Craig.

I will also point out that Henry Cavill does have another recently announced commitment. Netflix has decided to do a series on “The Witcher.” Cavill will be playing Geralt of Rivia. This started out as a series of short stories and novels, eventually leading to tabletop games, video games, a film, and a TV series separate from this one we’re currently discussing. Based on what I’m reading from IMDb, there’s eight episodes listed and they’ll be released in 2019. From what I’m imagining, this is essentially Netflix trying to start their own “Game of Thrones.”

Other than that, Cavill actually recently completed a project that has yet to be released, specifically “Nomis,” where he will star alongside Alexandria Daddario (Texas Chainsaw 3D, Baywatch) and Nathan Fillion (Firefly, Castle).

And as if this situation couldn’t get any more insane, I have a couple things I need to spit out. For one thing, Henry Cavill posted a video on his Instagram some time after this was announced of him wearing a shirt that said “Krypton Lifting Team,” as he slowly presents his own Superman action figure, all the while some dog-bark version of “The Blue Danube” happens to be playing. He lifts it up very slowly and brings it back down at the same pace. I have a ton of questions, so let’s start with question one.

One of the best parts of this post is what’s being said in it, specifically, “Today was exciting.” So… What does that mean? Is this all a joke? Is this to get into the Halloween spirit and scare all the DC fans out there? Are you excited to exit the DCEU? Are you disappointed because you didn’t make this decision on your own? I don’t understand anything about this! Is the shirt a joke? Are you trying to just make a video for fun where you’re pretending to lift weights and instead of lifting a weight you happen to lift a Superman action figure?! I don’t understand!

So let’s move on from the actor and focus on the studio once again, specifically Warner Brothers. Here’s what a Warner Brothers spokesperson said about this s*itshow after the publication of the story.

“We have a great relationship and great respect for Henry Cavill that continues to remain unchanged. Additionally we have made no current decisions regarding any upcoming Superman films.”

I have something to ask.

When I was younger, I’ve always been asked “yes” or “no” questions, and apparently for some reason my answers may not have been valid enough for said questions. In this case, this does not answer the question of whether or not Henry Cavill is out as Superman. Is Henry Cavill Superman? That’s the question we want answered!

This news is not only shocking, not only big, but overall it just makes me question a number of things. Is Warner going to hit the reset button on the entire DC Universe? If so, will this cancel movies like “Wonder Woman 1984?” What is humanity? What is the meaning of life? And most importantly, despite the title of the post, IS HENRY CAVILL STILL SUPERMAN?!

If you say yes, it’s all cool, we can move on with our lives. If you say no, then I do recommend probably continuing this current DCEU, personally because I’m curious to see where it goes. And if you do need another person to play Superman, allow me to throw out a few suggestions.

And just for the fun of it, Nicolas Cage (Raising Arizona, The Wicker Man).

And just for the ABSOLUTE fun of it, Daniel Craig (Casino Royale, Logan Lucky).

These suggestions are sort of on the fly, so bear with me. I almost put down Jason Bateman (Horrible Bosses, Game Night) but I don’t know how much interest he’d have doing a superhero movie.

And sticking with the idea of how much this news honestly shocked me, this does sound like something you’d hear on that one day in the year. Specifically, April Fools Day, the holiday that celebrates being a total dick to those you know. This honestly makes me wonder something, and I guess this kind of falls in the hot take category. Is this actually a joke? The Hollywood Reporter is said to be one of the most credible sources in the entertainment industry. They’ve been in operation for almost ninety years. Maybe they wanted to do something for fun where they could create their own fake news. I legit think this is actually happening, either that or I am just really hoping it’s happening. Seriously though,

Thanks for reading this post! I just recently bought “12 Strong” on Blu-ray, so a review of that might be coming rather soon, and also stay tuned for my review for “2001: A Space Odyssey,” which will kick off my series of space movie reviews in preparation for “First Man,” which is set to release in October. There’s no official date for when I’m going to post such a review, but the latest it’ll be delivered is September 27th. Be sure to follow Scene Before either with a WordPress account or email and stay tuned for more great content! I want to know, what are your thoughts on Henry Cavill hanging up the cape as Supes? Or, who do you think should replace him? Let me know down below! Scene Before is your click to the flicks!