Hey everyone, Jack Drees here! Last month I talked about perhaps the all-time dumbest idea that has ever come about in the history of the Academy Awards, that idea being the introduction of an all new award that celebrates POPULAR FILM. Like, why? As if the idea was bad enough, part of me wondered why it was even introduced in the first place. Yes, the Academy Awards had its least watched show ever this year, and they are trying to find ways to get its ratings higher next year and years down the road. But part of me wondered if ABC, the channel that airs the Oscars, stepped in and said, PRAISE US! And I don’t mean that literally, because ABC doesn’t make movies set to release in theaters. What I mean is that ABC is owned by Disney, the creator of the animated film “Dumbo,” which is just an understatement for how ridiculous this popular film award idea truly is. Disney has had a pretty successful year so far, releasing three films this that have surpassed $1 billion mark at the worldwide box office, and one of those films actually reached the $2 billion mark (“Avengers: Infinity War”). And it’s not just money that talks here, it’s also the critics and moviegoers. “Black Panther” and “Avengers: Infinity War” happened to be two of the best reviewed comic book movies in recent memory. It’s possible that Disney wants an Oscar, just to say they’ve won an Oscar. “Black Panther,” which is getting tons of phrase left and right, seems to be a big contender, and certainly would also have that title attached to it if this category were to exist, but if you nominate “Black Panther,” or if that movie WINS the Oscar for “Best Popular Film,” I just see it as an insult. It makes the Oscars look like a popularity contest, and it somewhat diminishes the value of the movie itself. Maybe “Black Panther” ended up not taking Best Picture, but hey! It’s popular! 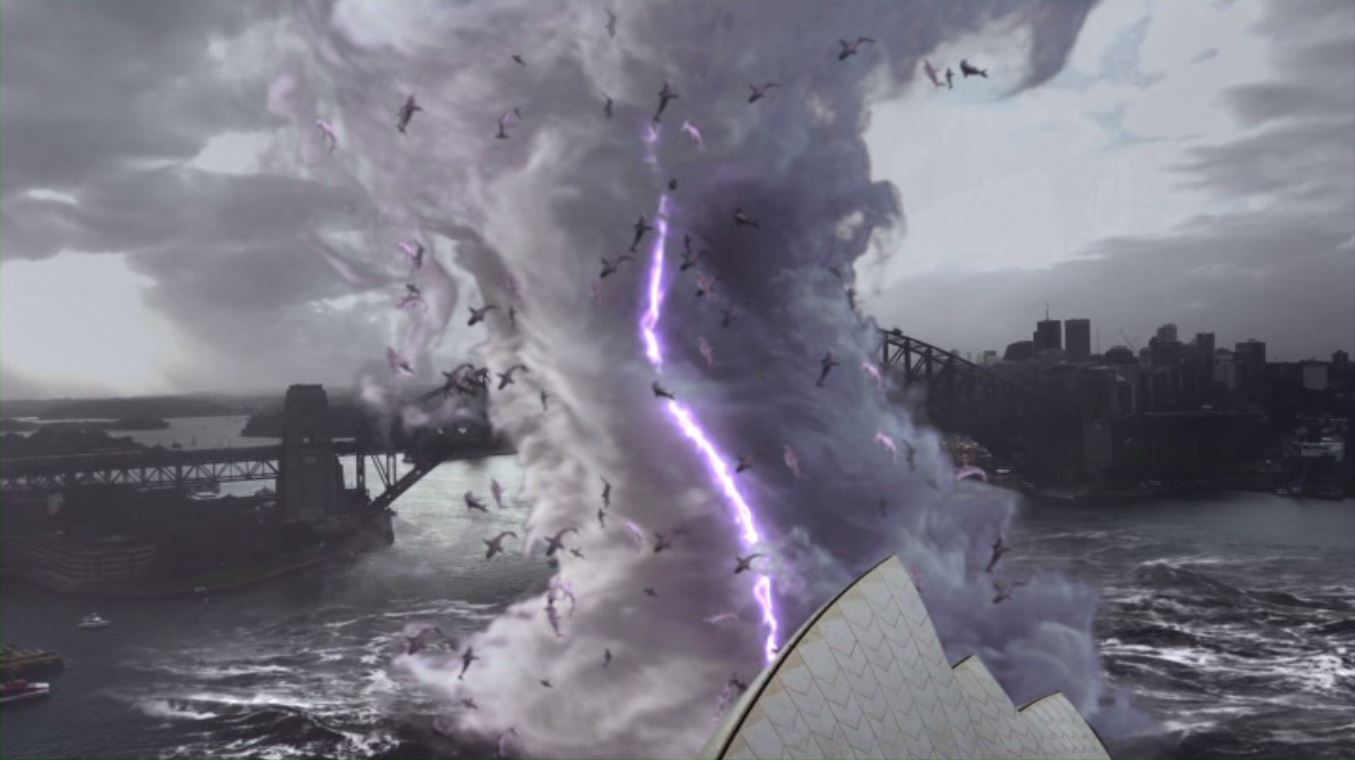 Luckily, after about a month of a storm that is almost on the disaster level of a sharknado, The Academy answered the prayers of many in the movie community by saying that the award WILL NOT be presented in the 2019 Oscars telecast.

Now let me just say, from what I’ve read, I wouldn’t say this concept of an award is gone for good, because I’m hearing from various sources like The Wrap and Indie Wire that it’s been delayed, but still, IT’S NOT GONNA BE A THING! For those of you who have read my post that I completed last month about this, I must say, I had a wish to pick the host of the 2020 Oscars if this award idea was still going to be executed, and as much as I wanted either Mark Hamill, Conan O’Brien, or Howie Mandel to host the Oscars, the eradication (sort of) that this popular award idea has received is certainly something I’ll take.

And it’s not just me who has been raging about this whole Oscar popular award fiasco, people in the industry such as Steven Spielberg (Ready Player One, Schindler’s List), Laura Dern (Star Wars: The Last Jedi, Big Little Lies), were highly against this idea. Not just them, but movie bloggers, vloggers, websites everywhere just so happened to be calling this a s*itshow! Another notable celebrity included Rob Lowe (Parks and Recreation, St. Elmo’s Fire), who tweeted saying that this idea was the worst thing the Oscars has done since he was supposed to come on the show and sing onstage with Snow White, which did happen by the way, as I was writing this, I watched a video of what exactly went down (below). It says it’s just over eleven minutes, which is a total lie, allow me to declare, IT NEVER ENDS! And if you were to ask me which Oscars idea was the worst, having seen this Snow White bulls*it, it’s close, but this popular award frenzy would CERTAINLY be my answer.

Let me once again state, this award is DOWN, not OUT. I gotta ask though, WHY THE F*CK IS THAT THE CASE?! Before I get too selfish here, I ought to calm down and realize that sometimes a little experimentation can’t do all that much harm. Because if you have been following this site and read that other post I did about this, you may remember I went over a couple of other new ideas the Academy has come up with. These include a commitment to making the show a three hour telecast, and setting an earlier airdate for the 92nd Oscars. And while I do have minor concerns related to both the first and second idea, my concern level isn’t as enormous as it is for the main topic. While I’m relieved that we’re not getting this award, it almost makes me think in a couple different ways. Does the Oscars have an idea related to this award that maybe the general public and reporters are absolutely missing? Because the way I see this idea is that it’s just an excuse to make the Oscars a popularity contest for a moment. F*ck craftsmanship! F*ck hard work! F*ck not putting how much money something makes into a situation like this!

To me, Best Popular Film, is basically the same thing as Best Animated Feature, only dumber. It’s an exclusive category for films that MIGHT not be good enough for Best Picture, or other prestigious categories, but hey, at least they’re nominated. If a film like “Thor: Ragnarok” won this award at the most recent Academy Awards, it’s just gonna be that one kid at the small table, stuck with his juice box and grilled cheese sandwich, whereas the grown-ups like “The Shape of Water,” “Dunkirk,” and “Call Me by Your Name” all get to enjoy the liquor at the bar while simultaneously chowing down on some fresh steak. 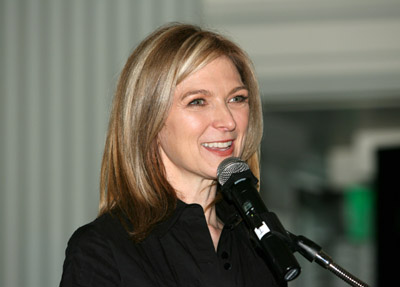 One highlight from all of this is some of the words spoken by Dawn Hudson, the CEO of The Academy.

“There has been a wide range of reactions to the introduction of a new award, and we recognize the need for further discussion with our members.”

Wide range? OK, I’ve talked to a number of people I know about this, but I’m pretty sure only ONE of them thought it was a good idea. In fact, if I remember correctly, this person could have changed their mind! But for the most part, the reactions all over have been “F*ck this idea!” So this, “wide range” that apparently is on your mind right now, forget about it, f*ck it!

And let me just say one thing, should the Academy decide to bring this award back to life, they should pay attention to my statement. Just because something is popular, it doesn’t make it good or Oscar-worthy. “Twilight” is popular, doesn’t make it good or Oscar-worthy. “Fifty Shades of Grey” is popular, doesn’t make it good or Oscar-worthy. “Mission: Impossible II” was the highest worldwide grossing movie of 2000, but was it good or Oscar-worthy? No. And you could make a case saying by stating fantastic popular films to come out in the years the other, inferior popular films came out. “Twilight” came out in 2008, but so did “The Dark Knight.” It was nominated for eight Oscars and ended up taking home two. “Fifty Shades of Grey” came out in 2015, but so did “Mad Max: Fury Road.” It was nominated for ten Oscars, including Best Picture, and ended up taking home six. And yes, “Fifty Shades of Grey” was nominated for an Oscar, but it’s for Best Original Song,” so who cares? “Mission: Impossible II” came out in 2000, but so did “Gladiator.”  It was nominated for twelve Oscars, and ended up taking home five, including Best Picture. I’ll just remind everyone that there is a place for popular films, but it’s not the Oscars, you know, unless it was masterfully created and executed. If someone were to create a show that celebrated everything that people know or follow, then OK, at least it’s honest. “Black Panther” will probably end up taking home a ton of awards, it’ll be a close race between that and “Infinity War” for Best Picture. But if you are creating a show that’s meant to celebrate the best of the best, don’t bring popularity into it.

And going back to Best Animated Feature, let’s consider that for a second. What if we find ourselves in a year which there are no good animated films? Some of the animations we’re getting next year include “Toy Story 4,” “Wonder Park,” “The Lego Movie 2: The Second Part,” “UglyDolls,” “The Addams Family,” “The Secret Life of Pets 2,” “Farmageddon: A Shaun the Sheep Movie,” and “How to Train Your Dragon: The Hidden World.” Based on the trailer for that last movie I mentioned, I’d say we’re gonna have at least one good animated feature next year, but what if in future years, all of the animated features suck? So, what if the future popular movies are simply phenomenons? They just make money, and therefore they are popular. It would take a kiddy table award and just shrink it into a baby table. So, Academy, listen to me, if you don’t want me getting closer to choosing a future Oscars host again, ERASE THE IDEA COMPLETELY. YOU GET IT?!

If you want to find out more of my thoughts on this whole fiasco, I have a link to my other post that I did on this, be sure to check it out, back when life was harder and I wasn’t jumping for joy. This award may not be dead, but the progress of a full disappearance may be near completion. Let’s just hope it goes away as soon as possible. 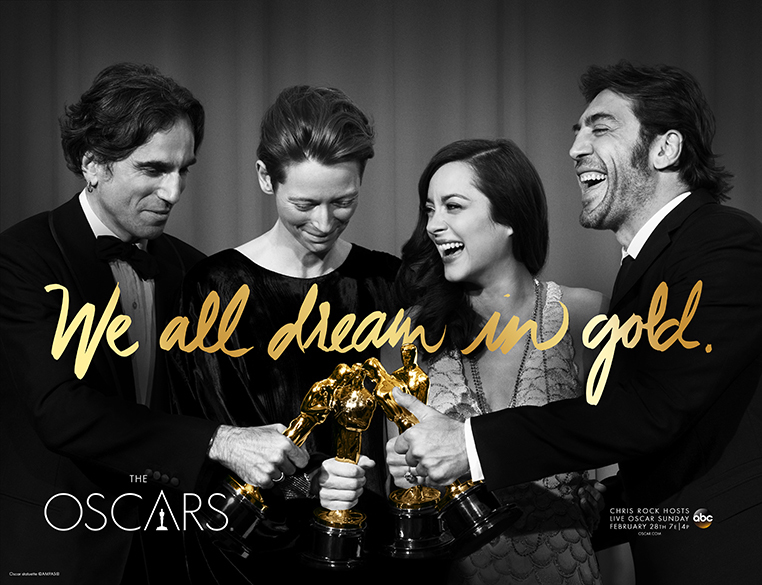 Thanks for reading this post! I also want to invite you to check out some of my recent movie reviews. Be sure to click the links down below if you’re interested! Be sure to follow Scene Before with your email or WordPress account so you can stay tuned for more great content! I want to know, what are your thoughts on the Best Popular Film Oscar being postponed? Or, do you think they should have kept it? Is there any reason why? Let me know down below! Scene Before is your click to the flicks!