Hey everyone, Jack Drees here! This post could have been done earlier, and by that I mean last month, but due to a lack of motivation and feeling the need to do such a post at one time, I ignored any thought of taking this on. But having talked about this with some pals recently, I feel that this is a situation that has REALLY gone out of hand and I feel that this gonna ruin a number of events. Months back, I did a post on my response to the case between San Diego Comic-Con and Salt Lake Comic Con. I was rather angry at the fact that San Diego Comic-Con had the idea that their stance as “comic con” is superior to everyone else. Sure, they are one of the most popular comic conventions out there. And building off of that, as a convention in general, they happen to be one of the first that enters people’s minds. But several news articles came out recently that sounded like something I’ve heard months ago, but once I saw them, they made me just as angry as I was during that period of time.

Now about all of this, I think it’s just plain f*cking stupid! I know that SDCC is the original comic-con, I know that they’ve been in this type of business for a long time, but the fact is, I don’t recall ever seeing a case like this before in the realm of conventions, or comic-conventions at the very least.

For those who need some background information, allow me to introduce the cons.

San Diego Comic-Con, formerly known as the Golden State Comic Book Convention, was once a convention where comic-books were king. Multiple decades later, chances are they are the first thing someone would think of when they hear the name Comic-Con. They sell out their tickets very quickly for their yearly events, have many celebrity guests, are known for long lines, and most recently, the surrounding of eScooters. SDCC is where many new pieces of promotional material for upcoming nerdy content gets released. This year some highlights include a trailer for an all new season “Star Wars: The Clone Wars,” with the hashtag #CloneWarsSaved, the first trailer for “Aquaman,” the first trailer for “Shazam,” a trailer for M. Night Shyamalan’s “Glass,” a trailer for Matt Groenig’s new Netflix series “Disenchantment,” and a trailer for “The Walking Dead” season 9.

As I write this, I reread my older post on the trademark battle, and for those who don’t know, San Diego Comic-Con apparently has claimed that they’ve trademarked the term Comic-Con, as stated during a court case between both parties. This court case by the way, was won by San Diego, and it just so turns out that neither party was satisfied with the outcome. Salt Lake was unsatisfied because they lost, and San Diego was unsatisfied because they didn’t even get as much money as they would have hoped out of the case. They were awarded $20,000, the top prize one can win after a game of “Family Feud,” as opposed to $12,000,000, which is the top prize of the game show that has yet to be pitched to ABC, “Who Wants to Be a Rich Egomaniac Who Doesn’t Give Anything to Anyone but Themselves?” By the way, that game show is also an accurate title describing what Jeff Bezos’ life is like as the CEO of Amazon. According to an article published by Hollywood Reporter on January 17th of this year, Daniel Farr and Bryan Bradenberg of Dan Farr Productions, the organizers of Salt Lake Comic Con, wanted a new trial because they felt that certain points were left out and the jury didn’t receive proper instructions. When it comes to San Diego, they wanted an injunction, they wanted Salt Lake to disgorge a profit on future events, and they wanted $4.5 million in attorneys’ fees and costs because they feel their argument is strong whereas Salt Lake is a bit exaggerative. SDCC also goes on to claim that this is an “all-out war” that was started against them.

I may sound like a nazi threatening San Diego Comic-Con at every turn, but in all seriousness, there are some valid points to their win. Aside from their claim that “comic-con” is their trademark, they are organized by a company referred to as Comic-Con International. And yes, they certainly got the “comic-con” of their name right. “International” though, not so much. Comic-Con International organizes two other events, specifically Wondercon and Alternative Press Expo, both of which, like SDCC, are in the United States, and not only that, but ALL THREE CONVENTIONS ARE IN CALIFORNIA!

I gotta say though, going back to the main topic, August comes around. US District Court Judge Anthony Battaglia, who coincidentally shares his name with a former pro hockey player who also happens to be a former contestant on “The Amazing Race,” has something to say. Keep in mind, he was the judge who has been fed all of these recently mentioned demands on both sides. What does he do? He lets Darth Vader chop Luke’s hand off! San Diego Comic-Con received $3.9 million in legal fees, Salt Lake Comic Con has 30 days to stop using “comic-con,” WITH OR WITH OUT A HYPHEN, OR ANY OTHER SIMILAR SOUNDING TITLES, according to SDCC attorney Peter Hahn. Just the other day, I was talking about this with friends, I referred to SDCC as “Stupid Dumb Crazy Crapfaces,” because that matches the initials of the acronym for San Diego Comic-Con. I take that back, because now they’re “S*itty Dumbasses Called Clusterf*cks!” I almost happen to have trouble processing this because having learned about this apparent “trademark,” it just makes me wonder how many other conventions have some variation of “comic-con” in their name and they could potentially be harmed by San Diego. I didn’t even know about this “trademark” until last year when I went over the trial in December, but as much as a trademark is a trademark, I can’t help but wonder, can a trademark like comic-con be defeated?

The short answer would probably be a no. But I gotta say, I’m kinda fed up. I’m not happy. Months ago, when I talked about San Diego winning the case, I referred to SDCC as what was once the ultimate place for nerds to unite, but then they changed into the jocks that put someone down. Now, to quote the marketing for “Revenge of the Nerds,” it’s time for the odd to get even!

Daniel Farr, Bryan Bradenberg, if either of you are reading this, awesome, hope you’re enjoying the free content slapped together by a moron. And I’ll just say, you might want to stick around for this. At the beginning of this post, I have mentioned that San Diego Comic-Con is famous for its lines. In fact, while it has been proven that SDCC is a fun time for many people, there are downsides. And while spoilers for “Game of Thrones” or “The Walking Dead” or “Avengers: Infinity War” may be a dealbreaker for some individuals, chances are that someone is guaranteed to most likely complain about the lines. But I want to take the worst part of comic-con and use it to send a message.

Now, I may sound like some progressive individual who is trying to organize some event in a major city. Trust me, I’m not. I don’t lean towards any political party, I haven’t attended any of the “marches” that have been going on, and most importantly, I’m busy. I just started college, what can I say? But if I were a little less busy, I’d want to organize an event somewhere, maybe either in Salt Lake City or San Diego. The event is not a march, but it does involve being on the streets. It also could potentially involve moving around. In celebration of the worst that a number of cons, not just San Diego Comic-Con, has to offer, I want to form an enormous line full of people. This line shall send a message to San Diego Comic-Con and Comic-Con International. I understand what a trademark is, but I also understand what generic means. And given the vast number of comic-cons around the world, it would only be fair if you’d let others have a name that may have once been a one-of-a-kind, but is now as ubiquitous as McDonald’s. So if you want the name comic-con to be applied to conventions aside from San Diego without other conventions apparently having to have a talk with them, I recommend that this event shall take place. If this idea generates enough interest among the public, then this might as well happen. Until then, I hope you enjoyed my free content that I just make for entertainment purposes. In fact, that busy thing? I’ll say that I have Fridays and weekends off so if this event were to happen and I were the key organizer, I’d be in a city on those days in a HEARTBEAT! So if you’re with me, let’s not stand together, let’s stand SINGLE-FILE, WHAT MAY SEEM LIKE FOREVER, AND FOR A PURPOSE! 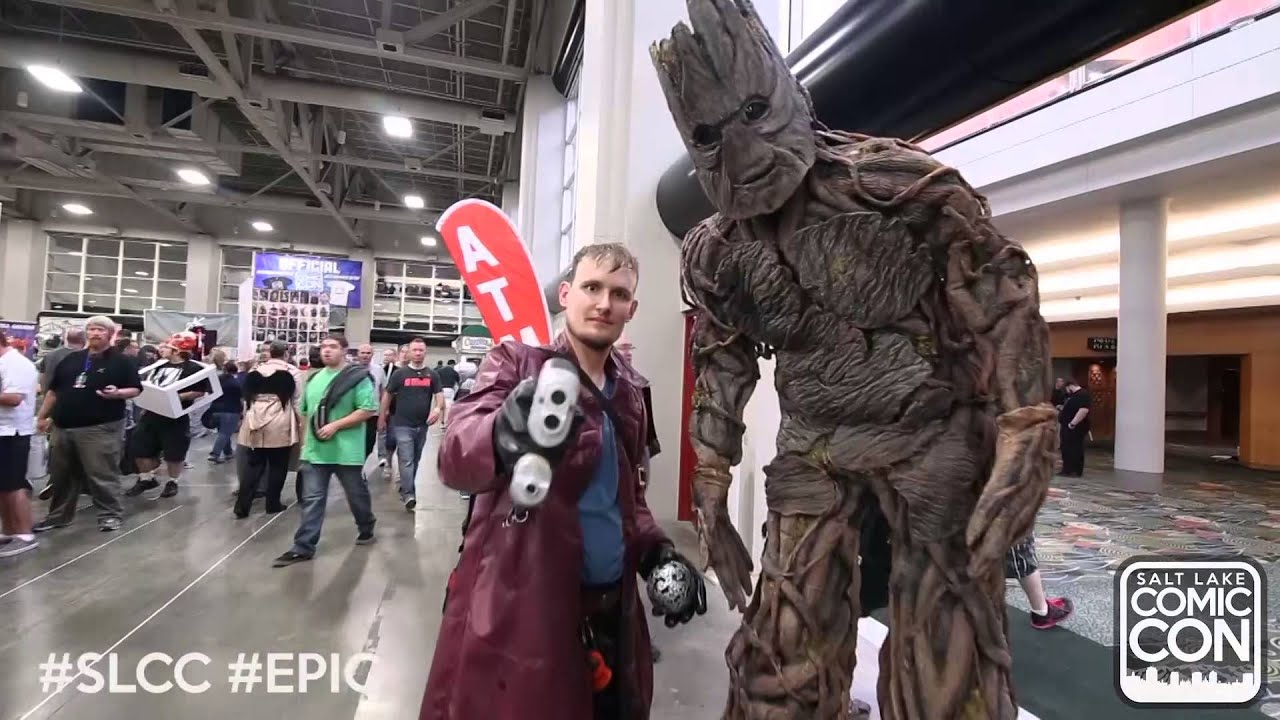 Thanks for reading this post! Not much is coming out this weekend that I’m interested in. “The Nun” is in “The Conjuring” universe and I haven’t seen one of those films, so I’m skipping that. “Peppermint” kind of strikes my interest, so we’ll see where that goes. Maybe I’ll go see “The Meg,” “Operation Finale,” “Searching,” “The Happytime Murders,” one of those films, maybe something else, I’m not sure, we’ll just have to see what happens. Be sure to follow Scene Before with an email or WordPress account so you can stay tuned for more great content! I want to know, what are your thoughts on this whole comic-con fiasco? Do you think my line idea is something that must be executed? Or is it just plain crap? Let me know down below! Scene Before is your click to the flicks!