Hey everyone, Jack Drees here! Before we get any further and dive into any specifics I have associated with the main topic of this post, I’d just like to say that I hope everyone at San Diego Comic-Con is having a wonderful experience this weekend, but f*ck each and every one of you who didn’t bother giving this guy a ticket! I have feelings, ya know! I hope those long lines will show you what you’re worth, jerkfaces! Speaking of things that are long, let’s talk about a couple who had a long journey making their own baby. The couple goes by the names of Paul and Genevieve, and they have gone through literal hell trying to conceive. When it comes to editing videos or memorizing comic book knowledge, these two are OK. Making babies? Eh, forget about it! This is all explained… in “What the IVF?”

“What the IVF?” is a YouTube series featuring the recently mentioned couple. The premise of the series is pretty much what I said up above. These two are trying as hard as they can to have a baby, but to do it, they go through methods containing difficulty equal to winning the arcade game Stacker. In other words, Genevieve’s uterus is rigged and after each sexual act or IVF cycle, it must be game over. Witness the dynamic duo as they encounter problems in sex, math, appointments, tests, and pains in the ass–err I mean needles! You can find the latest content from “WTIVF?” on YouTube, including new episodes uploaded each and every Monday. The latest episode in the series, episode 19, goes over the couple’s first embryo transfer, and maybe there’s hope, a miracle on the rise. Watch to find out! Be sure to subscribe to the “What The IVF?” YouTube channel (link below), and speaking of social media, be sure to check out “What the IVF?” on other noteworthy places on the interwebs! All the links are down below, check em out, and be sure to tell them that Jack Drees sent ya over!

Now I’ve done a few con announcements here on Scene Before, specifically for Rhode Island Comic Con and Terrificon, and I’ve been to those and another convention (PAX East). But the thing about those conventions is that those are all in the New England region. This convention we’re gonna be talkin’ about, this is not just the first con I’m going to outside the New England area, it is one of the biggest and most revered conventions in all of history! That con, is New York Comic Con!

As far as my personal attendance there goes, I’ll say that you will be able to find me in the convention center for two out of the four days this convention goes on for. What days you ask? Those will be Friday and Sunday. Note how I didn’t say Saturday, my friend couldn’t get tickets for that day unfortunately. Doesn’t matter, that means I get a day to perhaps roam around New York City and see what’s what!

This convention is going to feature a bunch of faces, including some of your favorite celebrities from movies and TV, artists, and a few other people in the mix! Let’s go over some group guests that stand out!

The first group is a bunch of people that maybe years back that you’d wonder, HOW’D THEY GET ON TV? Now you just wonder, how do I survive without this show? This first batch out of the oven is a group of four folks I like to call the Impractical Jokers! Call em what you may, Impractical Jokers, The Tenderloins, four lifelong friends who compete to embarrass each other, whatever, I LOVE THESE GUYS. If you guys don’t watch “Impractical Jokers,” I’ll tell ya, it’s a riot! Turn on TruTV, go ahead and do yourself a favor and prepare to laugh, cringe, and question humanity. It’s one of those times where me cringing isn’t a negative towards something I watch! IT’S THAT GOOD. By the way, if you’re thinking that one or two of the Jokers will be at the con, that ain’t happening! All four are appearing! If you’re going to New York Comic Con, this is your chance to meet Murr, Sal, Joe, and Q! Then again, considering the fact that they live and film their show around the area, it’s not that surprising that they’ll be at a con like this. Although keep in mind, the New York Comic Con website suggests that they won’t be autographing, so you probably won’t be talking with them much. I will say though, from a personal perspective, that’s somewhat surprising. I can kind of understand Q, Sal, and Joe not autographing, but what about Murr? He actually just released his new book, “Awakened” so I was figuring with that out right now, it would be a grand opportunity to promote the book. Since they’re paneling, I can imagine there will be some talk about the book, but no signing? I’m not judging here, but I’m kinda surprised. Also, one more thing, to those who are attending, all four will be at the con THURSDAY ONLY, so if you’re going Thursday (which I’m not, :(), you can meet the Jokers. 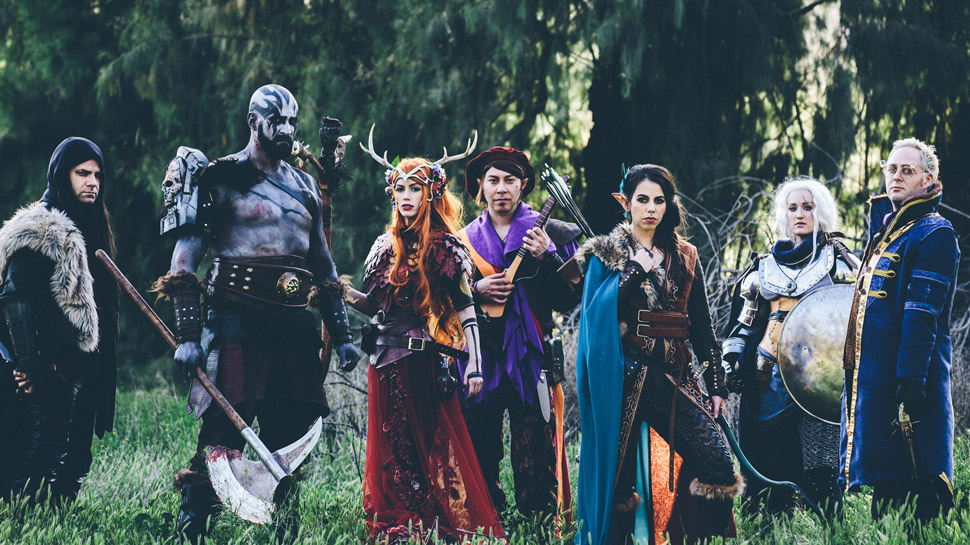 As for other groups, we’ve got a bunch of folks from Critical Role joining in on the fun! We have Liam O’Brien, Laura Bailey, Marisha Ray, Matthew Mercer, Sam Riegel, Travis Willingham, Taliesin Jaffe, Ashley Johnson, and Brian W. Foster. If you had to ask me which of these folks I’d be most excited to meet, I’d personally pick Laura Bailey. I don’t watch a lot of “Critical Role,” but she’s Lucina in the “Fire Emblem” video game series, which I have played. She’s also one of my goto characters when I’m playing one of the newer “Super Smash Bros.” games.

Another group showing up is part of the cast of “Star Wars: Rebels!” Now that the series is over, it doesn’t mean that the cast’s con appearances are! This year at New York Comic Con, feast your eyes upon guests including Mary Elizabeth McGlynn and Steve Blum! If you are a “Star Wars” fan and that info doesn’t satisfy you enough, I’ll have you know that there are more “Star Wars” guests that I haven’t even gone over! One such guest is Grey DeLisle, or as she’s known on IMDb, Grey Griffin. She’s been in several pieces of “Star Wars” content, such as “Star Wars: The Old Republic,” “Star Wars: Battlefront II,” and even a couple of “Star Wars: Rebels” episodes now that we’re on that topic! Griffin is also known for tons of voiceover work in other material, just look at her IMDb, she’s got a ton of credits! 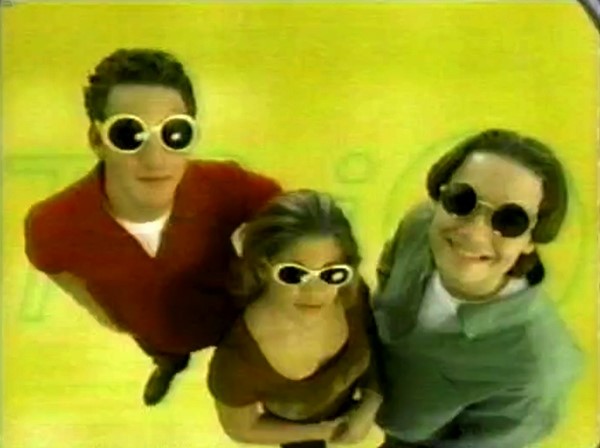 Got a few more groups to go over, one of which is “Boy Meets World,” or depending on which generation you grew up in, “Girl Meets World.” We have Ben Savage, Danielle Fishel, and Will Friedle, if you have watched either one of these shows, then you’re in luck at NYCC! You will get a chance to meet these three characters from the franchise (Fri-Sun)! 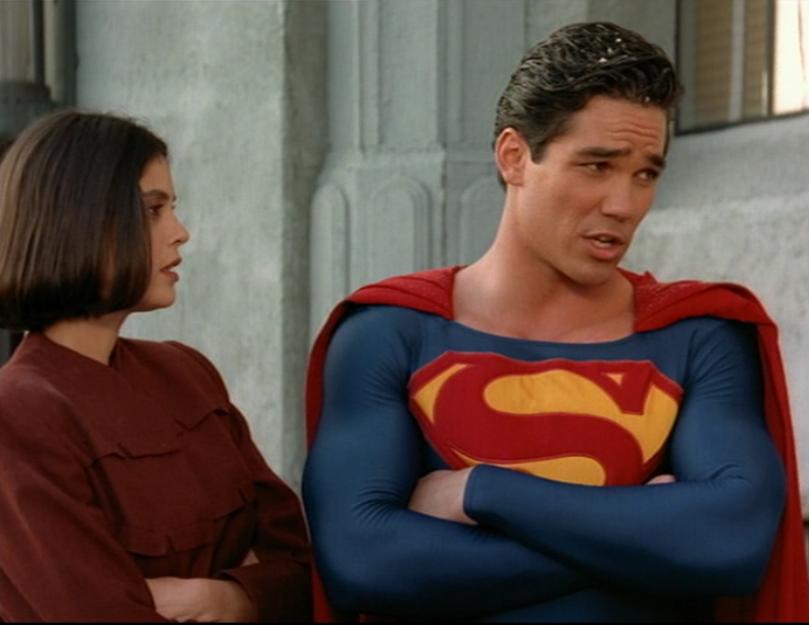 We also have a couple people from “Lois & Clark: The New Adventures of Superman,” specifically Dean Cain and Teri Hatcher, that way you can actually meet Lois and Clark in a big metropolis (New York)! Is it just me or has Dean Cain been going to a lot of cons recently? Seriously, I’ve been seeing his name on con guest lists a lot over the past year or so. 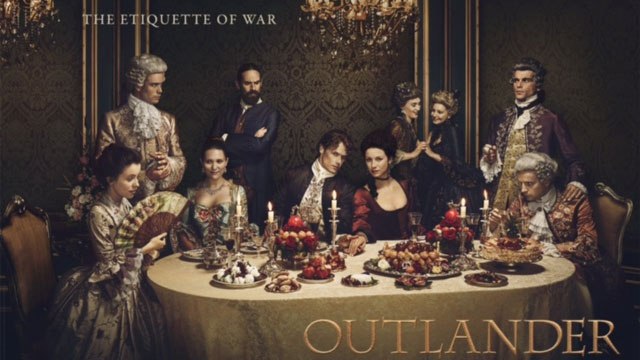 One of the more successful shows on Starz goes by the name of “Outlander,” and a number of its cast members will be appearing at the con. The list includes Caitriona Balfe (Claire Randall) and Sam Heughan (Jamie Fraser). Both cast members have been present in the show’s entire series and play major roles.

Now in case you don’t already know, this is a BIG CON. But one thing that personally surprises me about it is that badges are still available for purchase. Saturday is sold out, but Thursday, Friday, and Sunday are all still available. Although my friend and I will tell you, getting the badges is not easy. It almost got to a point where she gave up. This was a graduation gift from her, so I can’t thank her enough. For example, before you can actually purchase any badges, you actually need to create an account that will allow you to purchase badges. That’s like going into some warehouse store like Costco and someone who works there tells you if you want to be a member, you need to go on your phone, go to Costco.com, and create a “Costco Confirmation” account, or as they call it “CC.” Once that’s done, you are eligible to be a member! And the tickets are not cheap! For the tickets that are on sale, you have to pay somewhere in the fifty dollar range, which funny enough, is almost the price of a Gold Star Costco membership! Also, for those of you who like to buy passes with multiple days for one price, I gotta tell ya, that’s not a thing. NYCC used to have that, however in 2017, that was discontinued. Why? I don’t know, probably to get more money.

In recent news, it has become apparent that New York Comic Con is partnered with Anime Expo. If you go to New York Comic Con this year and happen an anime junkie, you’re in luck! During NYCC, there is going to be a four day anime festival known by the name “Anime Fest @NYCC x Anime Expo.” Anime Expo, if you are not already aware is a large convention held annually in Los Angeles, CA. According to Wikipedia, the total number of attendees at these conventions have reached numbers in the six digit marks! You don’t necessarily need a badge to New York Comic Con to take advantage of an experience like this, but if you are curious about any sort of discount you could possibly get for possessing an NYCC badge, you can’t get one. All the discounts have been sold out. You can still however pay the standard price to attend this event on each day of its run.

New York Comic Con is from Thursday October 4th to Sunday October 7th in New York’s Jacob K. Javits Convention Center! I hope to see you there, and I can guarantee that this will definitely be a unique con experience. This con is one of the biggest nerd celebrations in the world, and just for that alone, I am super stoked to see what this thing is all about! Over the next couple of months I’ll be asking myself, is NYCC worth the hype? And maybe when it comes time to do my review and haul of the convention, that question will be answered. Thanks for reading this post! Be sure to stay tuned for more great content coming to Scene Before, including my review for “Mamma Mia!: Here We Go Again.” I just got tickets for a showing of the movie on Sunday, so expect a review of that movie sometime soon! Stay tuned for more great content! I want to know, are you going to New York Comic Con? Have you been before, tell me your thoughts on it! Also, is it worth the hype? Let me know down below! Scene Before is your click to the flicks!