*Random stalker pops through my door*

RANDOM STALKER: I can’t help but overhear you with my supersonic hearing, aren’t you forgetting somebody important in the cast?

ME: No. I think I have everybody.

RANDOM STALKER: I beg to differ.

ME: What? Really? I think I have everyone.

RANDOM STALKER: No you don’t.

ME: Oh, come on now, who could I be forgetting?

ME: He doesn’t star in the movie!

RANDOM STALKER: But his role is important, you must recognize what his character does for the movie.

ME: Doesn’t change the fact he didn’t star in it! It’s my review, I’m the reviewer, I’m the editor, let me do what I want!

RANDOM STALKER: Just put him with the stars.

RANDOM STALKER: Just do it.

RANDOM STALKER: What are you doing? You gonna shoot me?

RANDOM STALKER: Alright, any way you can put the fellow in would be great.

RANDOM STALKER: Hey! That’s not enough! His role is pretty big to the–

ME: I freakin gave you what you wanted, now get the hell out!

Where were we? Oh, that’s right, story. This movie, if you cannot already tell by the title, is Xander Cage’s return to action. The character was believed by the people to be dead in the second installment of the series, “xXx: State of the Union,” therefore Ice Cube came in as the new main character during that movie. So when Xander comes back in this film, he is set on a mission with Xiang (played by Donnie Yen) to this recover this film’s biggest key weapon, Pandora’s Box, which is a weapon can be used to control satellites. Throughout we get a film that will probably encourage some of you to turn off your brain with mindless action and a few brief moments with women in bikinis. 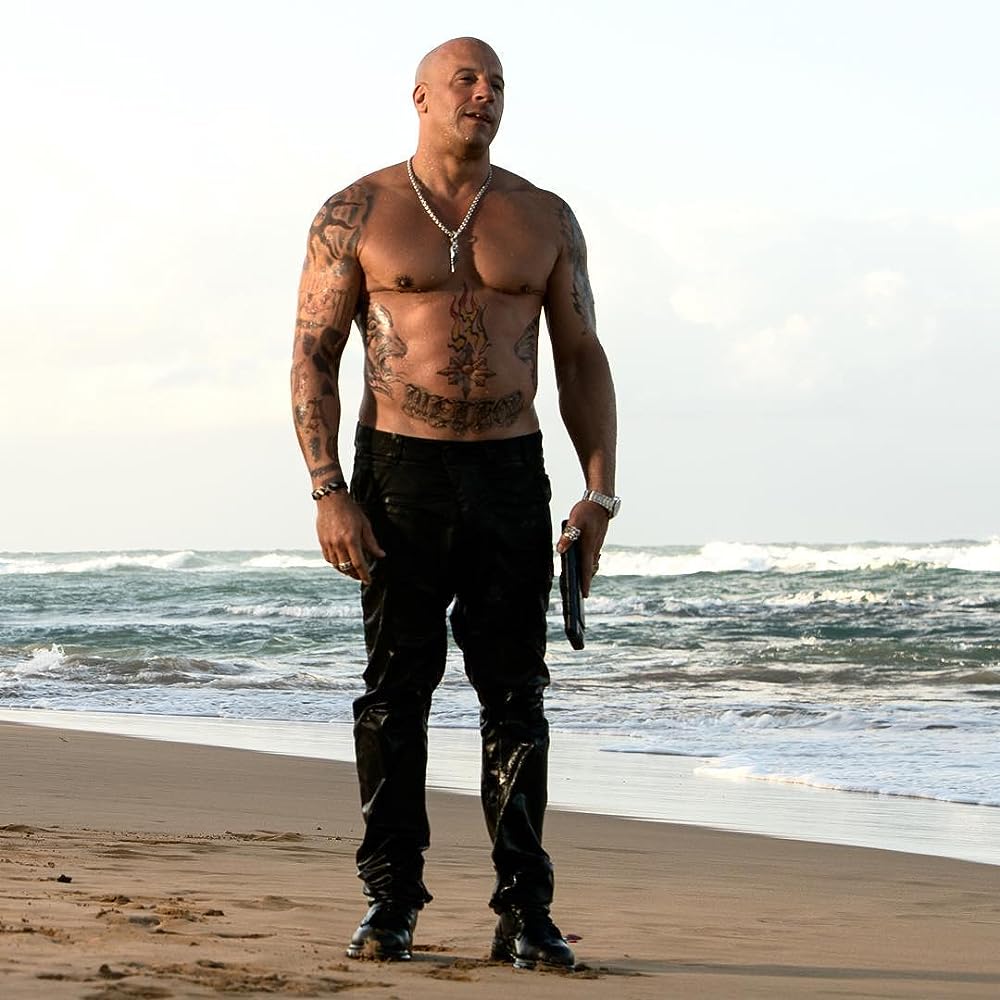 Vin Diesel comes back in this movie as Xander Cage, and after seeing the first “xXx” along with the second one with Ice Cube, I’d say Vin Diesel does a better job as his particular main character. Would I say that Vin Diesel does as good as he did in the first film? No. I still remember the opening action sequence with him in that film and it was pretty kickass. Everything he does and says in this movie, some of it I might remember for a bit, but I wouldn’t say I’d remember a good portion of it. Speaking of what he says in this movie, this character also delivered tons of one liners in this film, and unfortunately only a select few were funny.

One of my favorite parts of the film is Donnie Yen. He plays a character named Xiang, and he had some of the best action scenes in the movie. If you don’t know who Donnie Yen is, he was in a few other films, and he was also in “Rogue One: A Star Wars Story” as Chirrut Îmwe. In that film, he was probably the most badass character out of everyone (aside from Darth Vader). After seeing this film, I want so much more of this guy. I mean, let’s just say that if he was in something like “Sharknado,” a very s*itty direct to TV film, even if that movie’s s*it, I’d say Donnie would be the best part of that s*it. Can you imagine Donnie doing his own thing? Taking out sharks one by one like a champ? That’d be awesome! 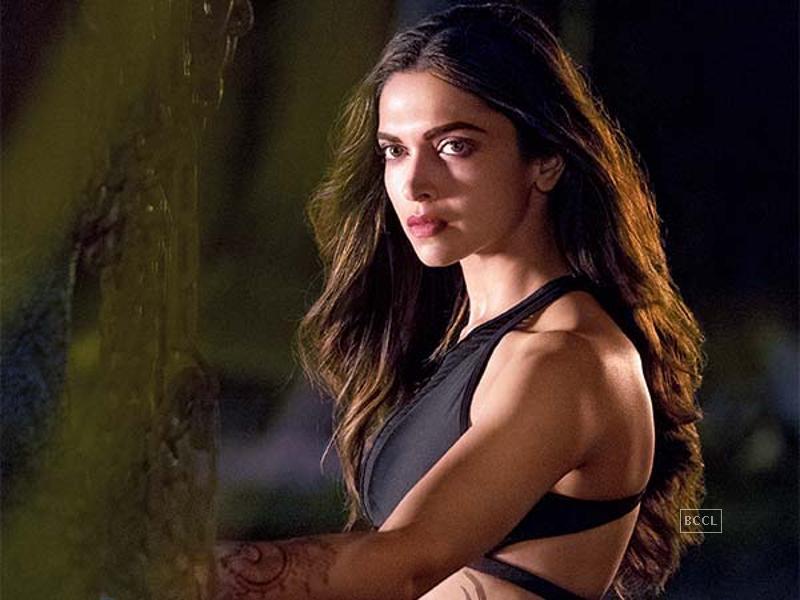 Deepika Padukone is also in this film and she plays a character named Serena, I liked this character, I think in terms of action she wasn’t as good as the other characters, however, if I had to state big positive from this character, it would be this. There’s one scene where Xander interacts with Serena that was interesting to watch. The dialogue had a sensual vibe to it, but at the same time it was somewhat intimidating. Also, she’s hot, so yeah, she’s got that going for her. 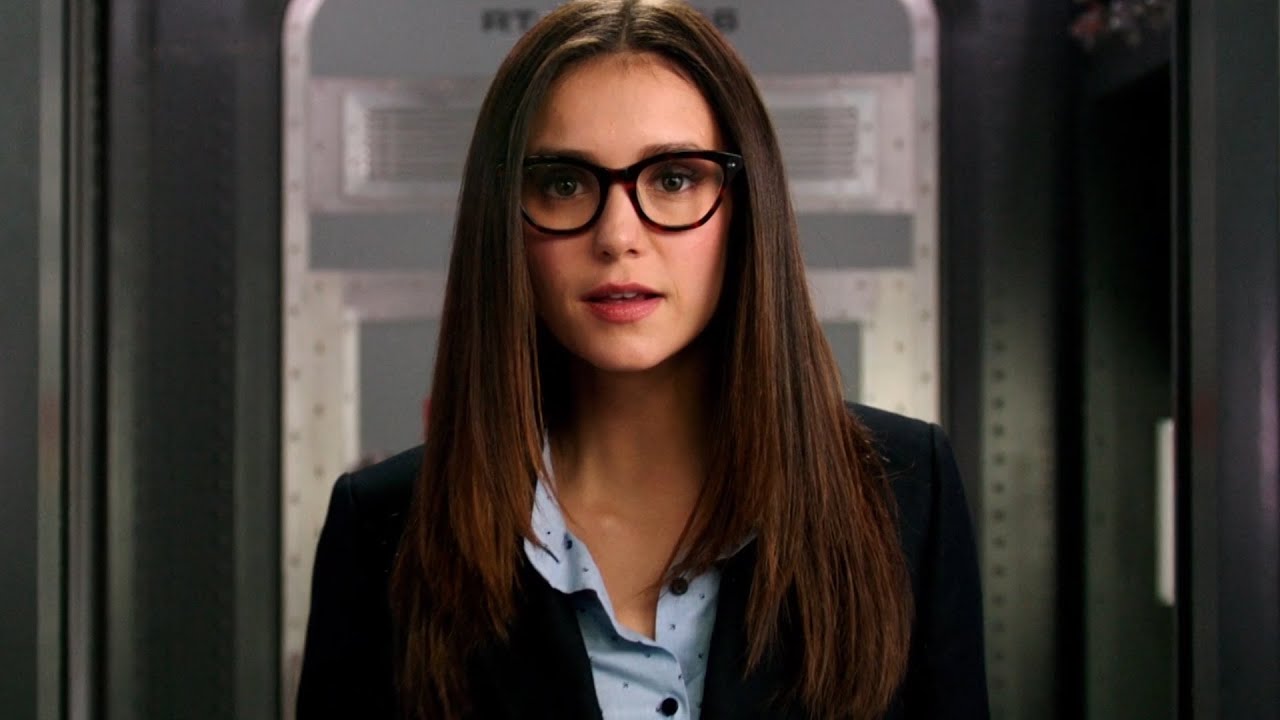 The next character I’m going to talk about is a very mixed bag for me. Nina Dobrev plays a character in this movie named Becky Clearidge and her role to the movie helped move the story along, there’s however one moment in the movie which her character does something that makes her look like Jar Jar Binks. Remember when the idiotic and clumsy Jar Jar Binks accidentally set a weapon off during the climax of “The Phantom Menace” which happen to kill a bunch of a battle droids? Well, Dobrev’s character actually does something similar to that in this film’s climax! Just for a second while her character was somewhat corny, but still had the potential of being a badass, her badassary just degraded when her Jar Jar moment happened. Let me just get this to you in a way you might understand, let’s take three characters. Jar Jar Binks from the “Star Wars” franchise, Amy Farrah Fowler from “The Big Bang Theory,” and a hyped up version of Selene from the “Underworld” series. If you take these three characters, and combine them into one individual personality in this movie, you get Becky Clearidge.

Let’s also talk about Ruby Rose’s character. She plays a lesbian in this film and her name is Adele Wolff. I will say her character looks pretty badass with a sniper rifle and I’d say her character isn’t too bad. However there is one thing that I remember well from this movie from her and it’s not a good thing. It’s not a terrible thing, just a less than OK thing. There’s one scene in this film where she blurts out a lesbian joke, makes a bit of sense considering she was, based on some of the lines given throughout the film, in fact a lesbian, and the joke really fell flat. Maybe it’s because it was shown to me a lot in the advertising, but still, it kind of irked me. Perhaps if I didn’t see the advertisements so much before the movie came out I would’ve had a bigger laugh, and this is also considering the fact that I almost had a forced laugh come out of me during this scene.

I mentioned before, this movie FEATURES Samuel L. Jackson, it doesn’t star him. If you remember from the previous installments, he plays Augustus Gibbons. Sure, Gibbons is a rather important character in the franchise, but he doesn’t add much of anything at all to the movie. There’s one thing in the beginning that is extremely important to the plot, but let me just say that he’s not in the movie long. However, there is one joke in the beginning, it’s not necessarily spoken by any specific character and it is kinda funny. Samuel L. Jackson is sitting with one guy in a cafe, he’s talking with the guy, and there’s a text introducing the guy, and it said he thought he was being recruited into “The Avengers.” In my opinion, it’s funny because if you follow the Marvel Cinematic Universe, you’d already know Samuel L. Jackson plays Nick Fury in its franchise.

If you want to know a bit more about this text, I seriously wonder how this came about. If you have seen “Suicide Squad,” which has been out since last August, there are several title slides which have been used to introduce the characters in the film. I’d also say that they were used rather effectively (for the most part) in that movie. In this film, I’d say the same, but this doesn’t change one thing, I wonder if someone behind this film’s production saw “Suicide Squad,” and after seeing that, they thought it would be a good idea at the very last minute to copy paste the whole text slide shabang just for the sake of having them and for humor. So I wouldn’t be shocked if this was just a last minute addon.

In the end, for a movie released in January, this isn’t too bad. Judging from the trailers, it certainly looks better than “The Bye Bye Man,” and certainly a lot more fun. I wouldn’t say this installment is absolutely necessary in the realm of cinema, but it was still enjoyable. There were bits of cool action, some interesting characters, not to digress but I now have a crush on Deepika Padukone, and a good portion of the negatives in this movie doesn’t really degrade the final product too much. I’m gonna give “xXx: Return of Xander Cage” an enjoyable 5/10. This movie knows what it is, a mindless action film, is it the best of the best? Of course not, I’ve seen better, but if this were on TV I’d give it a watch. Oh, and by the way, it’s better than “State of the Union,” which in my opinion, was pretty bad. As far as upcoming films go, there’s not much coming out next week which I’m gonna go out and seek right away. However, there are some upcoming films that I’m really excited for, such films include “The LEGO Batman Movie” and “John Wick 2.” Also, I’m not sure what your thoughts are on reality TV, but if you want to know something, there’s only a few shows in that genre to me, that happen to be watchable. One of those shows actually happens to be my favorite show of all time, that show is “King of the Nerds.” As of 5 days ago, the show is now 4 years old. I did a post describing the show’s history, its run on TBS from 2013-2015, its cancellation, and how this show had a deep impact on me not only as a nerd, but as a person. The link for that will be down below, please go check it out it is worth your time, and stay tuned for more reviews. Scene Before is your click to the flicks!