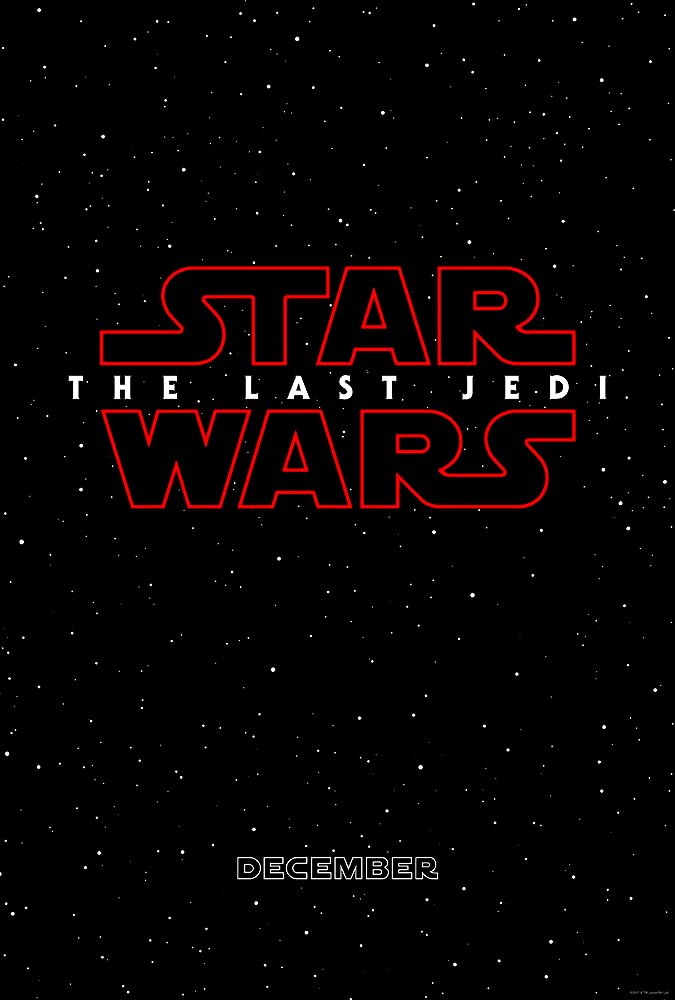 Hey everyone, Jack Drees here with another update! One of the biggest pieces of news I heard earlier this week, which probably made me partially forget that Donald Trump’s in the White House which is also a big piece of news, is that Star Wars Episode VIII has a new title, what is that title? That title is “The Last Jedi!”

One of the bigger questions that has been going around the Internet lately is the meaning of the title. If you are a hardcore Star Wars fan like me, you probably already know what a Jedi is. If not, well then hello my name is Jack and I love Star Wars, PLEASE WATCH IT. A Jedi is someone who has magical (or scientific according to the prequels which I don’t accept) powers and can use something called the force. The force can be useful when fighting, moving objects around, etc. It’s almost like a religion if you will. They often carry around lightsabers too, which are awesome. Now that we have that covered, let’s get to the real question, what does this mean? Well, when it comes to the word Jedi, it has been shown that the plural of Jedi is the same word as the singular version, so it is quite possible that this movie focuses on the last group of Jedi. The Jedi are very interesting group, they’ve already had a huge downfall in between “Revenge of the Sith” and “A New Hope,” and based on “The Force Awakens,” Rey may have been one of the only Jedi in existence in that film’s setting. Also, one thing to consider when it comes to this, is the character of Luke Skywalker. 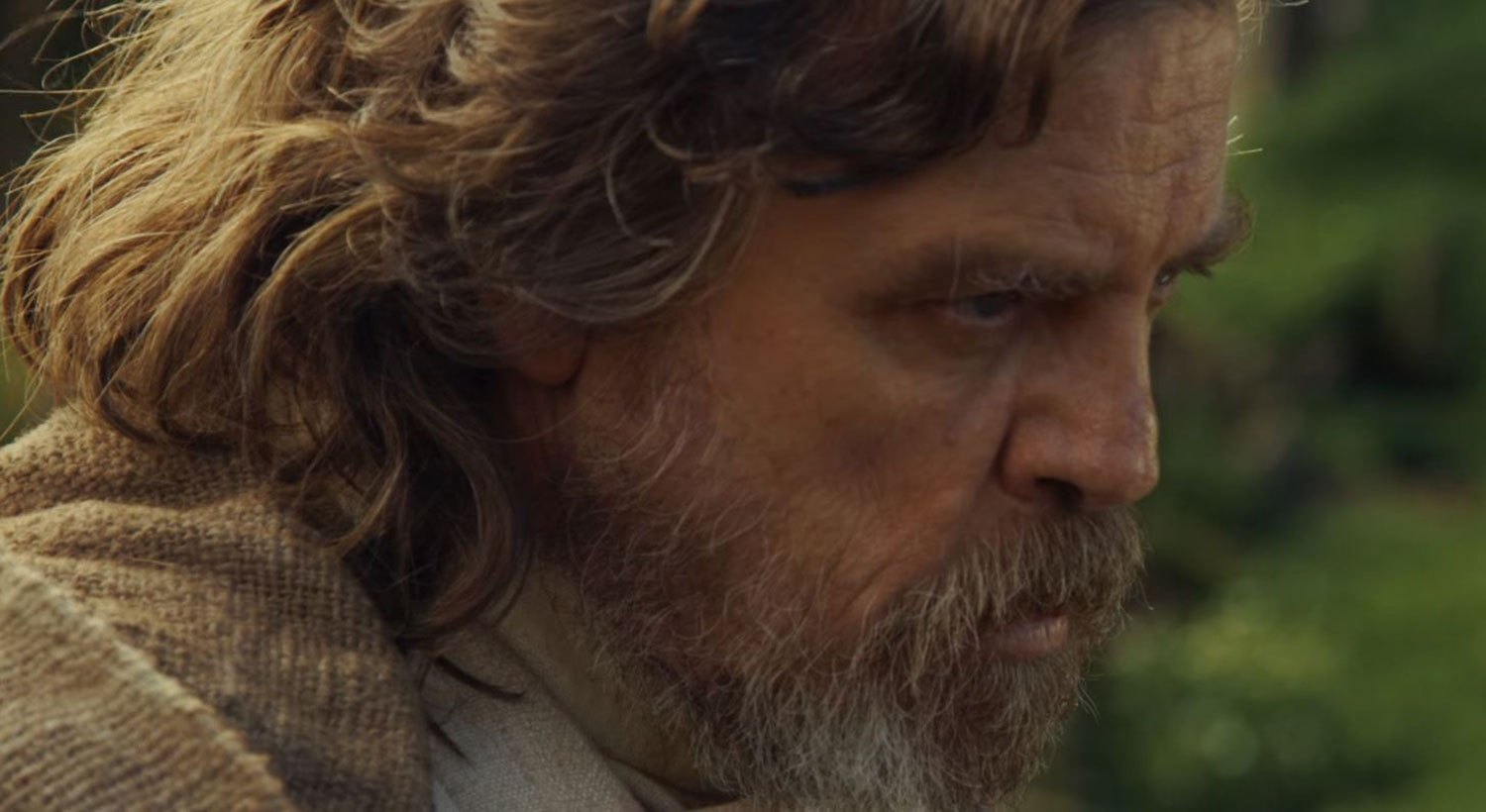 Luke Skywalker may be arguably the most well known movie protagonist of all time. Anyone who grew up with Star Wars would know who he is. Also if you saw “The Force Awakens” you’d know Skywalker’s in the movie at the very end for a second and then we go to a cliffhanger. Without a doubt, I bet one of the first scenes in the next film will contain Rey and Luke in the same scene. With that being said, I’d bet Skywalker would probably get more screen time than he did in Episode VII. With THAT being said, the screen time he’ll probably get, based on my sad predictions, will probably contain his death. Luke Skywalker may die and Rey will become the last Jedi. 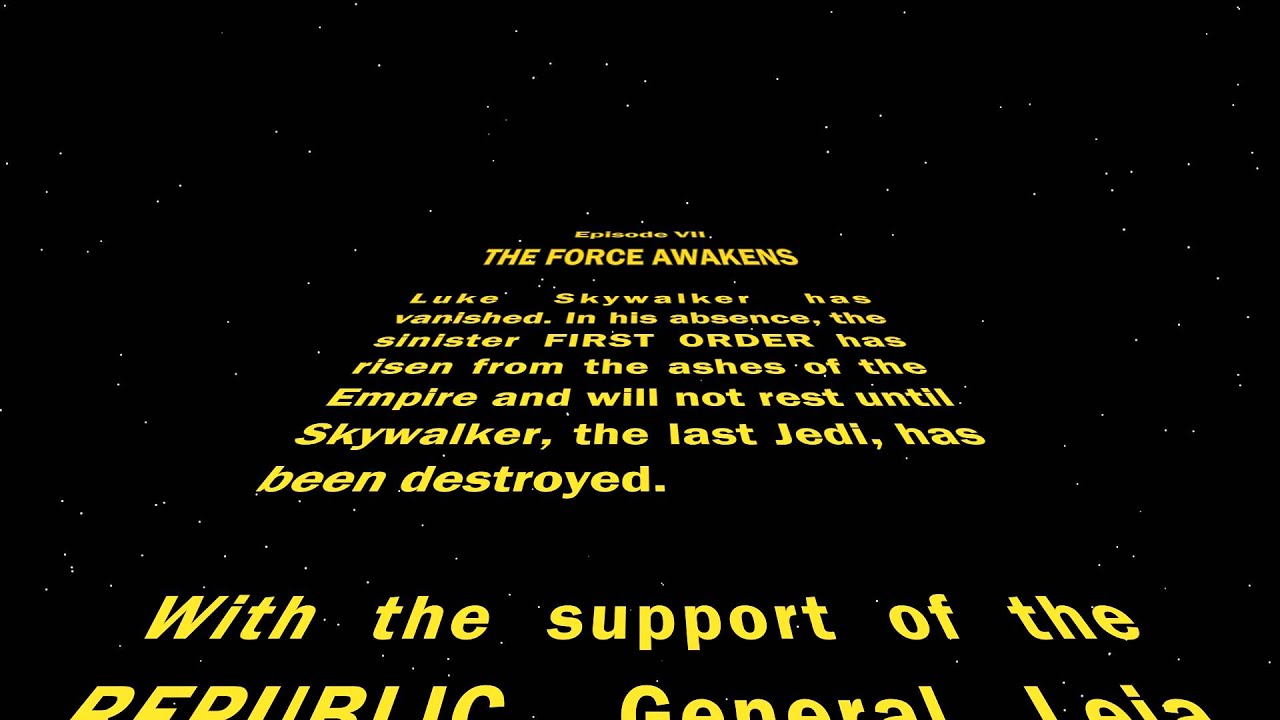 Also, let’s keep another thing in mind if you have seen “The Force Awakens” it states that Luke Skywalker is the last Jedi in the opening crawl. Not to mention, Supreme Leader Snoke says that the map that everyone was searching for will soon be delivered to the Resistance, leading them to “the last Jedi.” Then in the next sentence, he states “If Skywalker returns, the new Jedi will rise.” He’s referring to Luke as the last jedi, and even though she hasn’t truly discovered her power yet, he’s probably referring to Rey as the new Jedi.

Or, if there are more undiscovered Jedi that will be in the next movie, it is quite possible that the next movie will have a dark vibe and kill all of those Jedi off, either leaving just Rey, Luke and Rey, or a small amount of Jedi including Rey (possibly along with Luke) as the last Jedi. I doubt that this will happen, but it’s something I thought I’d get out of my mind.

Speaking of dark vibes, let’s take a look at the font. If you notice the “Star Wars” logo you may notice it is in red font. You know what other Star Wars movie had red font in one of its posters? “Revenge of the Sith!” You know how dark that movie was? It was the first “Star Wars” to get an MPAA rating higher than PG and it includes people getting slaughtered left and right, along with Anakin Skywalker KILLING CHILDREN. The red font may be a key symbol of darkness to come.

Let’s keep another thing in mind too, this is the second movie in a trilogy. “The Empire Strikes Back” has been rather well known for being somewhat dark, like when Luke’s hand gets cut off, or when Han gets taken by Boba Fett, or when the movie ends on a cliffhanger. Also, if you remember “Attack of the Clones,” Anakin also gets his hands cut off in that movie, maybe Rey might get a hand cut off in this movie in some dark way.

I don’t know the real meaning of this title, however it doesn’t mean that there can’t be assumptions, if anyone knows the true meaning let me know, and if you have a theory on what this title means, please leave a comment! I just hope that Luke doesn’t die in this film, it might scar me a bit. It might make the movie better, but at the same time, I don’t want it to happen. So if you like this post and you want to see more, stay tuned for my future content and reviews, also check out everything I’ve done in the past as well. Scene Before is your click to the flicks!