“Radioactive” is directed by Marjane Satrapi (Persepolis, The Simpsons) and stars Rosamund Pike (Jack Reacher, Gone Girl), Sam Riley (Maleficent, Control), Aneurin Barnard (The White Queen, Dunkirk), and Anya Taylor-Joy (Emma, The Witch). This film is about the life and story of Marie Curie, a scientist who discovered radioactive elements on the periodic table, which eventually changed the world. The film also dives into her family life, and her love life. 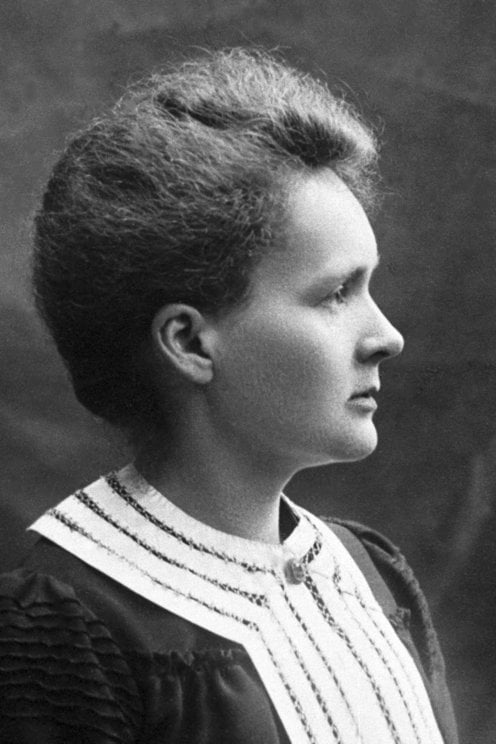 I knew a bit about Marie Curie before I saw “Radioactive.” In fact, when it comes to women in science, I think her name has a bigger lock in my head compared to just about anybody else. After all, there was a point during my sophomore year in high school where I knew her name through various means, and I wanted to do a project on her for my chemistry class. Unfortunately, she was taken. But as a consolation prize, her husband, Paul Francis Curie was available. So I did have some history regarding the Curie name, even if I didn’t really know them or consider myself to be a part of their legacy. I just… reflected on them. That’s a good word to use at this point.

Before we go any further, I just want to let everyone know that if you are an Amazon Prime subscriber, this movie is free as it is an original production from Amazon Studios. Thankfully, Gofobo sent me a notice that Amazon was letting people see the movie early for free. For various reasons, I decided to wait a little to review it, but I am incredibly thankful for the opportunity. Having said that… This is one of the best movies of 2020!

BUT… Hold your horses! If you have been following my recent work, you’d know THIS DOESN’T SAY MUCH. 2020, as a whole, has been a wreck for movies. Not just because of the industry-wide impact productions and crews everywhere happen to be facing, but what we have gotten so far has been nowhere near worthy of high honors. At this point, I would not be surprised if “Sonic the Hedgehog” ends up getting nominated by the Academy for Best Picture. It’s that crazy of a year! I will say though, “Radioactive” is a movie that going into it, I really did not have much awareness towards, but walking out of it, I felt that I made a superb life choice to gaze my eyes upon it.

Of the movies that I have seen this year, this honestly feels like the most worthy contender of being a “well-rounded” production. It has an excellent cast who performs well in each particular role on the list, the script is attention-grabbing and very much follows the much-respected “show, don’t tell” route of filmmaking. It’s a win for visual storytelling. Directing-wise, this was a solid vision of the period and people in which it portrays. The production design in this film may be the finest of the year. There’s a lot to unpack here and appreciate. Speaking of the production design aspect, I know the competition is not that heavy, and it could increase as we get movies like “Tenet,” “The New Mutants,” and so on, I think if any movie were to contend for a production design award at this point, “Radioactive” could win. I felt like I was in a different period than my own. And this REALLY says something, because when I review new movies. Guess where I’m watching them? Either on the big screen in theaters, or at home on my 4K TV. I used neither of those for this movie. Instead, I used a laptop. Why? Because the link to the movie was provided to me so I could watch it on smaller devices. To say that I watched a movie on my laptop and felt immersed from a picture standpoint, is a tremendous compliment.

This film is based on a graphic novel by Lauren Redniss, and that thought never popped into my head while watching the movie. I never really made any sort of connection. But as I reflect upon what I witnessed, it adds up. A lot of the images are packed with impeccable detail, the colors really resemble a dreariness that isn’t exactly depressing, but more or less brings a pop to the eyes.

One of the best parts overall of “Radioactive” is the performance given by Rosamund Pike. I will admit, I need to see more of her work, but she breaks a leg here. So far, it is probably my favorite performance of the year. This film centers around Marie Curie, and Pike does a really good job at maintaining the sense of importance such a character in an environment like this can provoke. This is one of the most notable women in all of scientific history, not only was her story laid out in an organized manner that allowed me to gaze at the screen, but it’s nice to see Pike lay a dramatic effect to somebody whose name I recognized, but didn’t have a complete knowledge about. Also one of the highlights of the picture, there are various points where the script jumps through time, and it doesn’t really feel out of place. It’s a bunch of various extended cases of cause and effect. The story attributes Marie Curie’s accomplishments and also notes future achievements that occur, and perhaps mainly occurred because of Curie’s past work. It does a really good job at making you care about the main character without necessarily seeing the main character do much of anything or put herself into action. The editing here felt seamless and organized. I dug it all.

There are not too many standout issues I have with “Radioactive.” When it comes to the 2020 library of movies, it is definitely one of those that I would consider watching again. Pacing-wise, “Radioactive” is not bad at all. I will say though, even though I like the overall way the script plays out, it is almost a little by the numbers. In fact for a period-based film about Marie Curie, it feels like the crew went with… let’s say a rather cliche or ordinary vibe for this type of film. Despite its flaws, I would recommend “Radioactive.” Again, if you have Prime Video and pay for it, you can get it for free. Check it out if you’re ever in the mood. But in all seriousness, if I had to give one description for this film, it is “well-rounded” if you ask me. All the elements (no pun intended) line up for a competent picture that is entertaining, yet honorable to Curie’s legacy.

In the end, I will remind you all… It’s 2020. If you just want a good movie at this point, “Radioactive” could end up being for you. “Radioactive” elegantly presented the story of Marie Curie and despite the few critiques I would give to this film, it was extremely well done, especially if you had to line this film up with whatever else came out this year. That is if this is even a year anymore. Nobody has a concept of time at this point.

Thanks for reading this review! My next review is going to be for “Vivarium,” starring Jesse Eisenberg and Imogen Poots. I won’t say much about the movie… But… It’s weird. Won’t say if that’s a good or bad thing, you’ll have to find out for yourself. Be sure to follow Scene Before either with an email or WordPress account so you can stay tuned for more great content! Or, you can get some alternate content from Scene Before through the official Facebook page! Give it a like! I want to know, did you see “Radioactive?” What did you think about it? Or, what is your favorite movie about a woman in science? Let me know down below! Scene Before is your click to the flicks!