“Last Christmas” is directed by Paul Feig (Ghostbusters, Spy) and stars Emilia Clarke (Game of Thrones, Solo: A Star Wars Story), Henry Golding (A Simple Favor, Crazy Rich Asians), Michelle Yeoh (Mechanic: Resurrection, Star Trek: Discovery), and Emma Thompson (Saviing Mr. Banks, Sense and Sensibility). This film is about a girl named Kate who is not the most responsible person alive. Despite that, we see her working at a Christmas store under a rather quirky boss. Meanwhile, she encounters a fella named Tom, who she gets to know throughout the movie. As Kate keeps running into Tom, they develop a close relationship that defines a majority of the film.

Just… Out of every movie… I saw this one. THIS IS THE CRAP I PUT WITH FOR YOU GUYS! I saw “Last Christmas” a week and a half before it came out. I would have put this review out earlier, but due to going on a brief getaway to Rhode Island Comic Con, a couple of other reviews being more important, life, and maybe a slight lack of motivation, I delayed this review until after the movie came out. Having said that, I can simply say that this is one of the most forgettable movies I have seen all year. And the little that I do remember, is honestly not favorable. Let me just remind you all that this movie is directed by Paul Feig. I have not seen all of his work, but what I have seen (aside from “Freaks and Geeks”) is not that great. In fact, he directed the 2016 “Ghostbusters” reboot, which quite honestly destroyed my brain. The impact I have then faced from that movie is one that I will probably never want to achieve ever again. For the record, I don’t hate women, I just want good movies. And having said that, I would have rather seen these women under a completely different brand name. Originality would have probably helped these ladies just a little bit. Compared to most bad movies that I have seen, this is probably one I can think of where I felt at least slightly offended watching it. 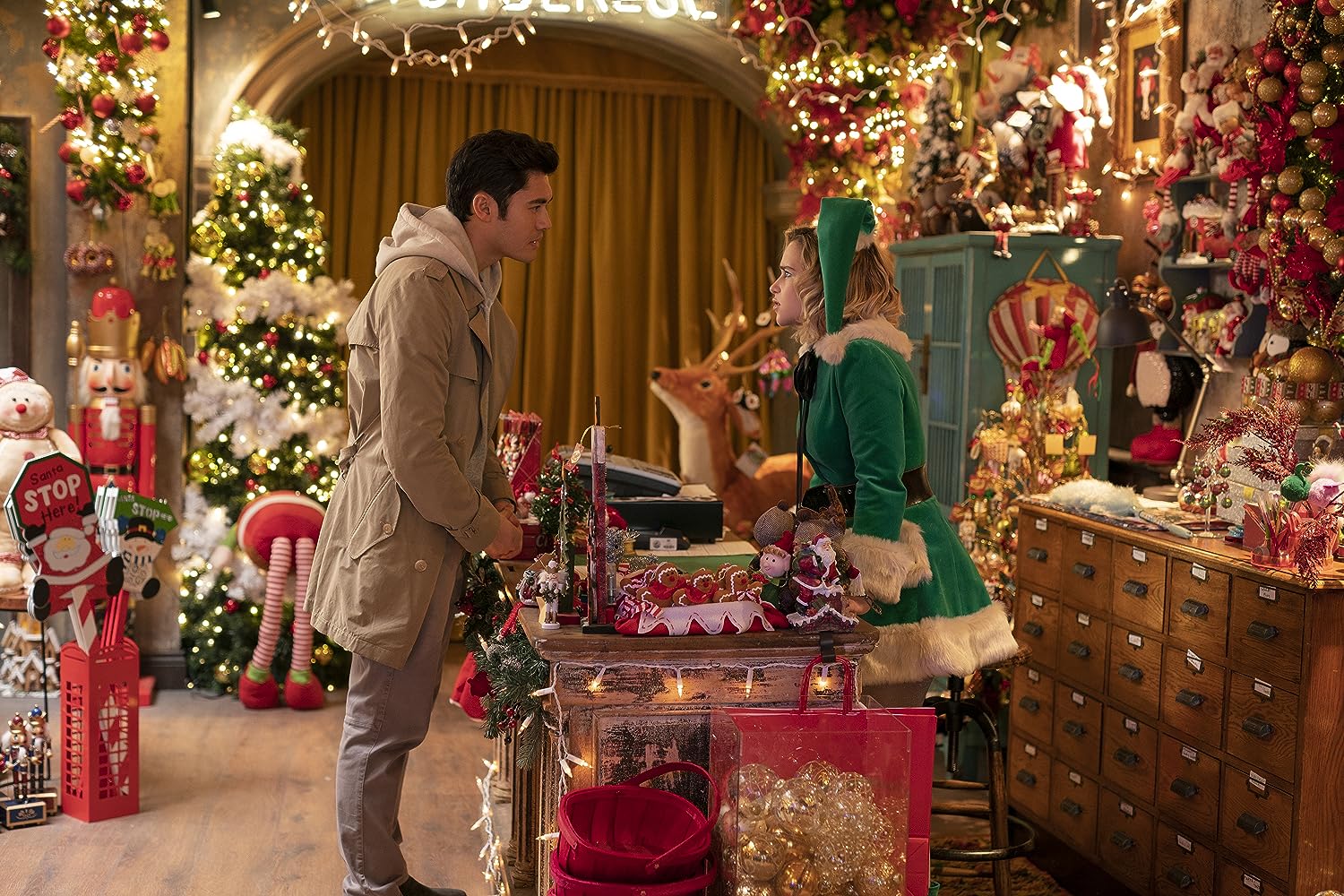 I saw this coming, as if the title of the film didn’t already give enough away. But the song “Last Christmas” plays in this movie. For those of you who know me in real life, I do celebrate Christmas. I think it is a fun time of the year, even if it is ultimately an excuse to shove materialism up our butts. But the one thing I am a total Scrooge about when it comes to Christmas, is the overplay of various songs that associate with the particular time of the year. I hear enough of the same regular crap on the radio everyday! The solution IS NOT to play Christmas crap instead! This may sound like nothing, but hearing “Last Christmas” play twice in a few minutes is just as annoying as it is to find out that your friend runs an annual awards ceremony dedicated to showcasing the best pieces of gum that are stuck on surfaces.

Anyways, let’s focus on the not at all offensive, but also unfunny characters. I will say that despite how this movie is ultimately rather unmemorable and completely lacking in a full sense of joy, I can say that Emilia Clarke managed to make the character of Kate rather charming. Clarke has a likable presence in this film. She takes a character that could have lacked dimension, someone who could have been the most lifeless individual in film history, and it makes her stand out. I guess it helps that Clarke kind of has that “cute as button” quality attached to her when it comes to appearance. For the little that I can pinpoint to and remember regarding this movie, I recall Clarke being all cutesy, which worked for the final product.

As for Clarke’s love interest, he’s kind of resemblant of someone who is dorky, but also rather charismatic in life. There was a point in the film where I was able to buy the chemistry between him and Clarke. At the same time though, the chemistry did not help the movie from being as sigh-worthy as it is. I think I just invented a new worthy term! Cringeworthy can suck it! Overall, their romance feels cliche, but it when it works, it stands out. Despite the little charm that exists when they are together on one occasion or two, it doesn’t entirely make for a masterpiece. Let’s put the characters in a box like this: If I met one of these two in real life, I wouldn’t instantly want to have lunch with them.

Speaking of less than pleasant characters, this movie also has an obnoxious boss. I have to go back and probably watch about thirty or so other movies this year to come up with a conclusion like this and confirm it, but I’ll say… The chemistry between actresses Clarke and Yeoh in this film is probably the least realistic chemistry I have witnessed all year! WHAT?! DID?! I?! WATCH?! When it comes to the scenes between the duo, I originally got a sense that while Clarke was kind of a slacker, I thought Yeoh was just being a bitch to her at times. As the movie goes on… I dunno, I feel as if these first moments between them never happened.

There’s also this subplot involving the boss that involves her and a separate love interest played by Peter Mygind. This has the potential to be funny and charming, but it really just feels like wasted time. And that’s what this movie is… Wasted time. If you are with friends and family this year during the holidays and if this movie’s still out in theaters, just go see “Star Wars.” Granted, that’s kind of irrelevant because I don’t even know how the new “Star Wars” is going to be, but still… just go see “Star Wars.” I command you! Either that, or go to Best Buy and purchase a copy of one of the “Star Wars” films, present it as a gift, and use that as an excuse to those around you to pop it in the DVD player.

In the end, as much as I would love to congratulate Paul Feig for directing a better comedy than “Ghostbusters,” it’s not enough for me. “Last Christmas” honestly feels like a film that could arguably go straight to Lifetime or Hallmark for the holiday season, but since it has a slightly higher production value and big names attached, it got a theatrical release. Emilia Clarke has some slight charm attached to her and there are a couple of chuckleworthy moments. But there’s nothing of real value that I feel I have received from this movie. “Last Christmas” is not something I’d watch when I’m home alone, and I would prefer that it dies hard. I’m going to give “Last Christmas” a 3/10. Thanks for reading this review! Pretty soon I’m going to have a couple more reviews for you all including my thoughts on “Jojo Rabbit!” I was very excited to check this out last weekend and I will have my review up by sometime next week! I also have passes for tonight to go to a screening of “Honey Boy” starring Shia Labeouf (Transformers, Fury). If I get around to seeing that, I’ll have my review up as soon as possible. If you want to see this, and other great content, follow Scene Before with email or WordPress account! If you want full access to comments and likes, I personally recommend using a WordPress account. And if you are on Facebook and need a movie reviewing moron in your life, check out my Facebook page for more moronic shenanigans! I want to know, did you see “Last Christmas?” What did you think about it? Or, what is your favorite movie directed by Paul Feig? I gotta ask because I need a good one. I have “Spy” and “The Heat” on Blu-ray but I haven’t watched either of them yet. Asking for a friend, or even an enemy in this case! Scene Before is your click to the flicks!