“Stuber” is directed by Michael Dowse (What If, Man Seeking Woman) and stars Kumail Nanjiani (The Big Sick, Silicon Valley) and Dave Bautista (Guardians of the Galaxy, Blade Runner 2049). This film is about a duo who meet at a random point in time, setting up an unexpected adventure. One guy is an Uber driver and the other is a cop on a mission. Stu, the Uber driver, is assisting Vic, the cop, in completing said mission. 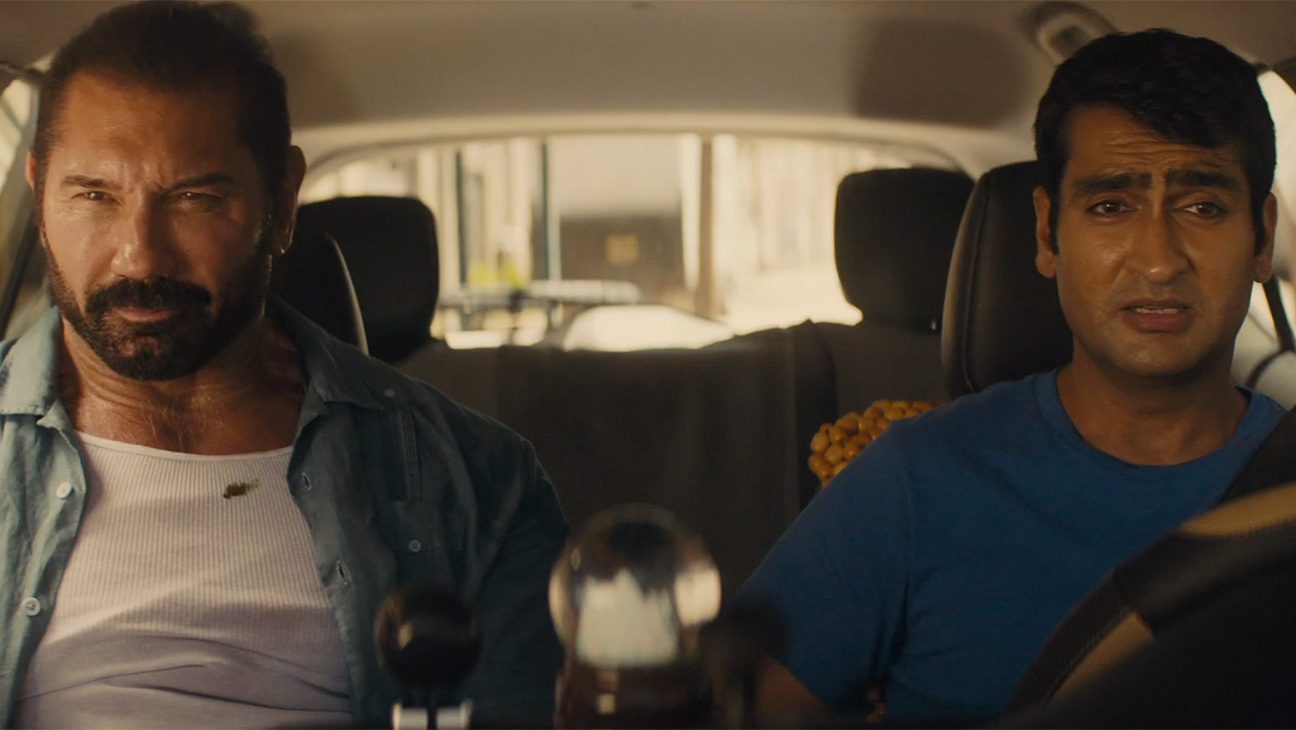 I saw this film last night as part of an advanced screening. I was gonna go see it a couple weeks back, but I ended up canceling that commitment for several reasons. However, I got to take another chance at an advanced screening and I was not gonna let it go to waste. “Stuber” was HEAVILY advertised on my TV. Every time I had my cable on truTV or some other similar channel, it was almost a guarantee that I would see an ad for “Stuber” throughout a majority of the commercial breaks. If I had a nickel for every time I saw a “Stuber” ad before checking this movie out, I’d probably use that to pay for a good portion of a ticket to go see “Stuber” with the public. And there are many times when I saw the ads to which they made me grin. I thought Nanjiani and Bautista would make an excellent buddy-esque pair, and the movie would have the same, proper action-comedy vibe that a film like “Central Intelligence” managed to provide.

How was “Stuber” you ask? Well, instead of answering that question outright, part of me wants to remind you all that I wanted to become a game show host. Because I could easily ask such a question, go to a commercial break, and reveal my thoughts when the show returns. But I can’t do that, because this is the blog of the movie reviewing moron. So, if that statement does not provide any hints, the answer to that question nearly resembles a wheel of confusion. But if I had to provide an answer at this moment, I’d say the movie was fun and humorous, which is the least I can ask for from a comedy. But the reason why I feel like I have a wheel of confusion in my mind is because even though the movie made me laugh, it is simultaneously clashing with a number of awkward or less than interesting moments. But the good news is, all of it doesn’t feel like it lasts forever due to the movie’s short runtime of an hour and thirty-three minutes. The film is a breeze to get through even with it’s flaws. So did I enjoy it? Absolutely! Would I give it a second watch? Sure! …On TBS.

If you ask me, the writing for “Stuber” is decent enough comedy-wise. It has a number of smart jokes that involve possible annoyances when it comes to driving an Uber, a number of gags involving Nanjiani’s driving, and the blending of the scaredy cat driver and fearless cop. 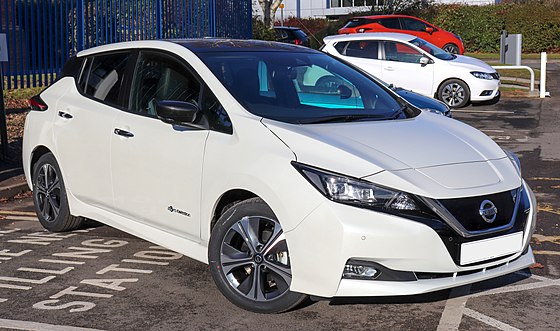 I will say though, on that second part, one thing that I found interesting was the choice to make Kumail Nanjiani’s car a Nissan Leaf. Partially because it is an electric car, which manages to bring in a certain flair to the film that would have not been present had the car been absent, and to my personal surprise, it did not make the movie feel like a commercial. Granted, one of the car’s crucial features (and downfalls) happen to make an appearance in the film at a certain point, but it flowed nevertheless. There’s a moment at the end of the film that makes the movie almost feel like a commercial for Uber, but it saves itself from becoming one at the last minute. Granted, it almost made me want to buy a Nissan Leaf, but if you don’t know me, I kinda care about the environment in some ways so I had a thought like that in my head before going to see this movie. 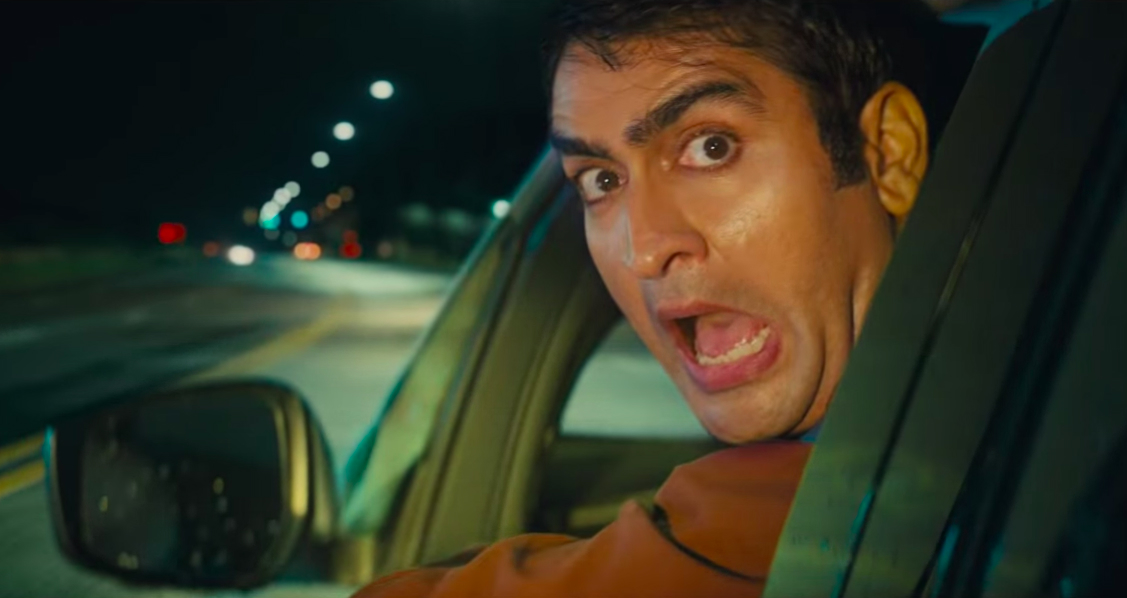 Moving onto characters, Kumail Nanjiani does a fine job at portraying the Uber driver who has no other desire than to just stay away from danger. But I also kind of admire how part of the movie’s plot tries to emphasize the importance of his character’s “five star wishes.” He asks his customers to give him a five star rating, he wants to keep himself in a good combined rating position in order to continue being a driver, and while it was sometimes funny to read some of the one star reviews for Nanjiani, I felt his pain as I read those because for what I saw, he was doing everything he can to impress his customers. Sadly though, his chemistry with Dave Bautista, while somewhat effective, was kind of off at times. 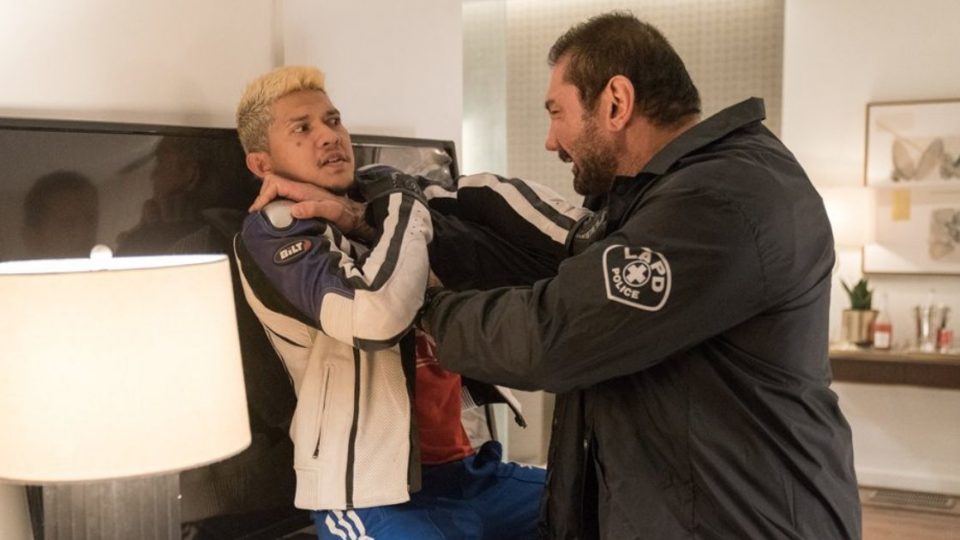 In fact, when it comes to Bautista (right), he’s very hit or miss in this movie. I buy him as a cop who kicks ass and takes names, but there are a select few moments, which are too unimportant to talk about, where I felt like he was stumbling in the acting department. Granted, Bautista was never really the best actor to begin with. I imagine he is a lovely guy, and he can occasionally provide a fun screen presence kind of like he did in the “Guardians of the Galaxy” movies, but there are select moments where he would say one line and it feels out of place based on the way Bautista executed said line. Although one of the best parts of Bautista’s character in this film is that he goes through the entire runtime with poor eyesight, we see various shots that provide his character’s perspective. He has to stare at a handheld eye chart and each shot is fuzzy, I thought it was a good way to highlight the character’s weakness. And despite how serious blindness can be in real life and how much it can ruin or alter one’s outlook on things, there was a moment in the film leading up to the eventual pairing of Nanjiani and Bautista that I thought was very funny. Unfortunately, despite some hilarity between the pair, it didn’t click at every solitary second.

Another problem I had with the movie is despite the short runtime, there are a lot of crucial plot points that go into it, which is fine, but these plot points felt like loose Jenga blocks on the verge of falling to the ground. Would the movie be fine with its additional plot points staying in? Absolutely. But they nevertheless almost felt like they could have been left out of the screenplay. If that were the case, the movie might have ended up being better because we can focus on the dynamic duo as opposed to anything else. Granted, Nanjiani’s character had a rather interesting side story (two of them in fact), but there’s one of them that feels like it BARELY has a purpose of being in the film. I won’t go into much detail, but still.

In the end, “Stuber” is a fun comedy to watch, maybe at matinee price, or once it becomes free on television. Nevertheless, it kind of feels like a throwaway movie, which is somewhat disappointing because I was looking forward to this, and I thought it was going to be better than it ultimately was. For crying out loud, the first screening I tried to get into for this film was held two weeks prior to the film’s release! I guess the studio had some faith in “Stuber” before it came out! Nanjiani and Bautista as a pair resemble a game of “Pong.” You may get some lucky hits, but a few less than satisfying misses. But compared to “Pong,” “Stuber” is much easier to get through. I’m going to give “Stuber” a 6/10.

Thanks for reading this review! I just want to let everyone know that this Monday I am going to be continuing my Quentin Tarantino review series, and I have decided that my second review is going to be for “Django Unchained” starring Jamie Foxx (Ray, Collateral) as a freed slave who teams up with a bounty hunter to help him reunite with his wife. I just watched the film this past Tuesday and I will have my thoughts on it posted as soon as Monday approaches. Be sure to follow Scene Before to check out that post in the future, please support the blog by subscribing through your WordPress account or email, and if you are on Facebook, check out my page! Also, I don’t demand a 5 star rating, but clicking that LIKE star on the post would definitely be appreciated! I want to know, did you see “Stuber?” What did you think about it? Or, either as a customer or an employee, what is one of your most interesting, best, or worst Uber experiences? It can even be for Lyft for all I care! Let me know down below! Scene Before is your click to the flicks!