“Eighth Grade” is directed by Bo Burnham and stars Elsie Fisher (McFarland, USA, Despicable Me), Josh Hamilton (Kicking & Screaming, Alive), and Emily Robinson in a movie where a girl by the name of Kayla Day is going through her wreck of a year in eighth grade. With her struggles of her introverted personality, struggles with other students in school, and struggles of simply trying to survive her last week, things aren’t looking too good for Kayla.

“Eighth Grade” happened to be one of my most anticipated movies of the year going into it. Not only did I LOVE the trailer and think this was going to be a fun yet maybe somewhat disturbing time, but the critical reception, while it didn’t really shock me, revealed excellence. There was a point where this movie had 100% on Rotten Tomatoes! As of right now it has a 98% with just a few of the many reviews on the site being rotten. Also, I’ll be honest, school sucks. It doesn’t matter what grade you’re in. If you were me, you’d realize that just about not one single school year was all that perfect. Elementary school was mostly just me being stupid, middle school was just confusing and perhaps full of me being judgmental and in all honestly, a tad more mature than other people in certain ways. In high school, something had to go wrong every single year, most unfortunately my senior year. Sure, it was a fun year, but with all of the ridiculous changes and unexpected happenings I had, it just didn’t flow the way I would have preferred. Let me just say though, if there is one year I hated in middle school–

…You know what? That’s tough to say, sixth grade was awesome, all the others were unlikable for the most part, but eighth grade certainly didn’t go the way I would have hoped. When it comes to this movie, I think it does a great job at capturing not only how awkward eighth grade can be, but also how different people with different personalities handle said year both in and out of school.

When it comes to Kayla Day and how magnificent of a job the writing happened to be for her character, that’s probably where this movie shines most. Just about every single moment she was on screen was either me thinking to myself, this movie accurately depicts someone of her generation, or I’m so scared for her that I want to s*it myself. Her character is very quiet in school to the point where she wins the superlative “Most quiet” in school, while at home she is a YouTuber who barely gets any views on a channel that really has content that matters. It’s not exactly complicated, but it probably has more of a purpose than whatever clickbait video PewDiePie has coming out of his ass. I doubt many people in my generation sign off using the word “gucci,” I’m sorry for not being “lit af” enough to truly know whether or not that’s the truth, although they do talk about it a lot. 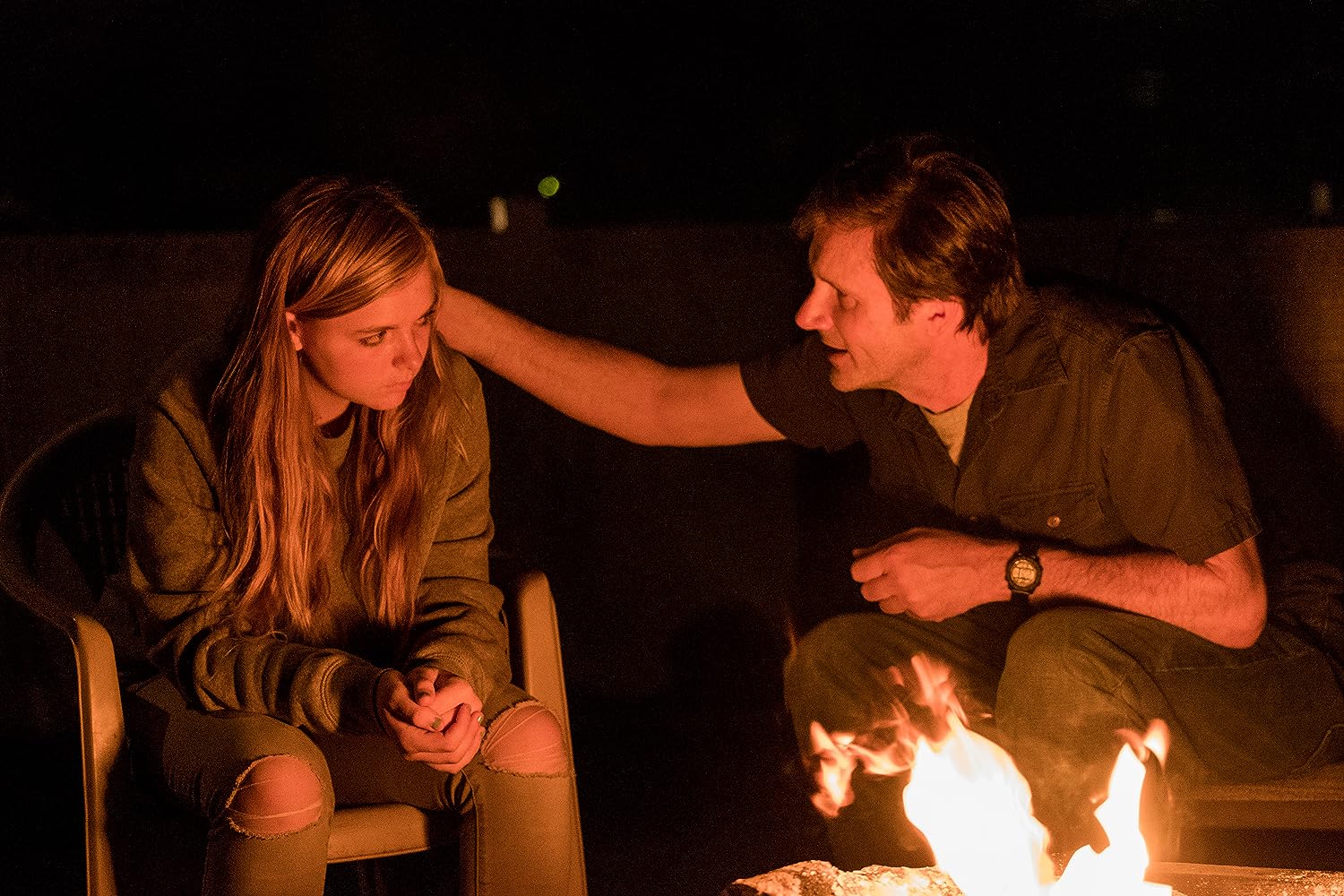 When it comes to the chemistry between Kayla and her dad, Mark, that’s another place where this movie tends to excel. Mark seems to be very calm, but might not have the best connection with her daughter, partially because she tends to be on her phone all the time, including at the dinner table. Every scene with them together is either a feast of great writing or just plain near-emotional.

You may have read my previous review, which I did for “Gringo,” where I basically said the main character is one of the most down-on-their-luck I’ve seen in recent history, the same can be said for “Eighth Grade.” Not only does everyone, not essentially hate Kayla, but happen to be kind of against her, but a key difference between this movie and “Gringo” is that I don’t hate everyone enough to not care about Kayla. You aren’t really invested in the main character of “Gringo,” at least I wasn’t. Kayla just felt relatable and like she would be someone you’d encounter on the street. Some of the mannerisms that I should probably give total props to Bo Burnham for is her overusing the word “like” in one of the earliest videos she makes during the film. She’s kind of shy, quiet, and for what I can assume, wants the best for people but just doesn’t let her thoughts out except when she’s online.

If there are movies that this reminds me of in a way in terms of the vibe, it’s probably a combination of “Whiplash” and a stereotypical piece of work done by John Hughes. The writing for this coming of age story is nothing short of perfection. And while Kayla doesn’t really have a rivalry with a teacher, she certainly has a rivalry with her school. In fact, connecting this even more to “Whiplash,” there are so many scenes where I could I imagine watching them in the future with the need to bite my nails. You know how you get to certain scenes in “Whiplash” where the main character is with the teacher and it’s just intense because you don’t want the main character to f*ck up. That’s what certain situations in this movie are like, while this may be considered a comedy or a drama, it’s as haunting as a horror movie. It not only shows how scary school is, but how scary life outside of school can be.

I will say though, one thing I find interesting about this movie’s puberty instruction video is how “current” it is. Watch the movie and you’ll see what I mean, but there’s this female instructor talking to the camera saying that exploring everyone’s changing bodies is “gonna be lit.” I already found my classes’s health videos when I had to take those classes cringeworthy enough just because they felt basic or poorly made, and it honestly makes me kind of jealous that the class in this movie would get a video like that.

And you know what? This does bring up one question though, as much as I ADORE this movie and think it is a masterfully made film, what exactly was the writer and director going for? This movie was written and directed by Bo Burnham, and I am willing to bet he was going for a realistic depiction of how stressful eighth grade can be, and this is a bit nitpicky, some of these fictional elements brought into this realistic movie, while extremely effective, take a bit of the realism away. It doesn’t take too much away from this fantastic movie, but my complaint stands. 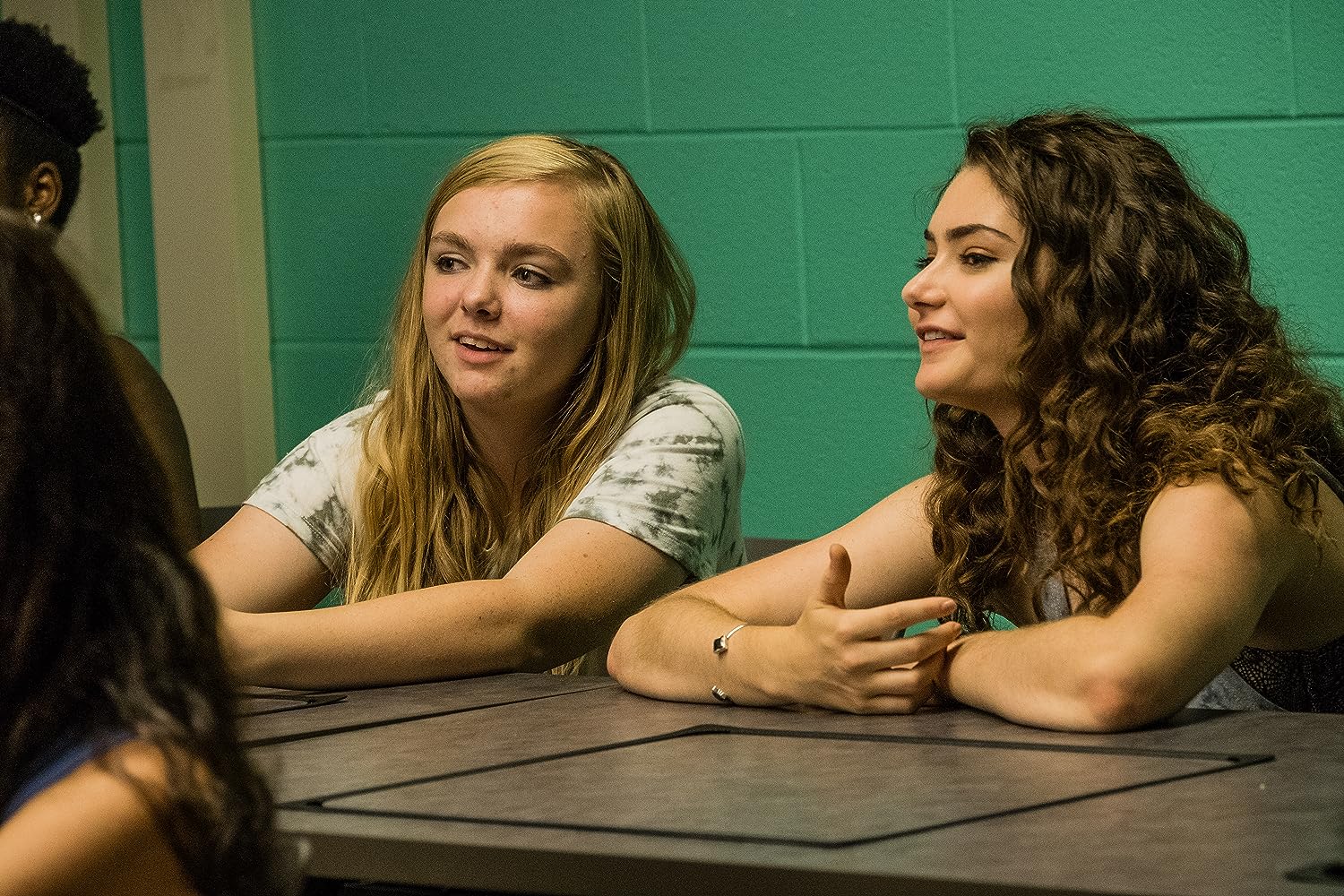 In the end, “Eighth Grade” delivered pretty much what I wanted out of it. The movie had moments that just haunted me. It reminded me, as an individual, of how much I can relate to Kayla, and most of all, the screenplay just made me bend over repeatedly. I know it’s only August, but I think “Eighth Grade” has a tremendous shot at winning “Best Original Screenplay” at the Academy Awards. A24 once again proves that they are one of the best studios working today, Elsie Fisher is going to move on to do great things in life, and despite the minor, and I do mean minor flaws, that this movie has, I think Bo Burnham not only did a spectacular job with “Eighth Grade,” but I’d love to see what he’d do in the future in terms of writing and directing. I’m going to give “Eighth Grade” a 9/10. And I gotta say, competition is heating up for best movie of the year so far! This movie IS a 9/10, but I feel like it could either change to a 10 in the meantime, kind of like “Blade Runner 2049” did for me, but I feel like with the fantastic screenplay, the possible replay value, and the relatability factor, this has a significant chance of being, maybe not my favorite movie of the year, but somewhere very close to that when we get to the year’s end. Thanks for reading this review! Pretty soon I’m gonna have some reviews up for “Love, Simon” and “Game Night,” be sure follow me here on Scene Before and stay tuned for more great content! I want to know, did you see “Eighth Grade?” What did you think about it? Or, what are some of your memories of eighth grade? Let me know down below! Scene Before is your click to the flicks! Gucci!