Hey everyone, Jack Drees here! One of my last posts of 2016 had to do with “The Emoji Movie.” In that post, I dove into the sheer awfulness of the teaser promoting the movie, along with the idea of the movie itself. By the way, if you’re interested in that post, the link for it is down below. There was also another trailer for this movie, which by the way, was better, but that didn’t get me any more excited for the film. This flick has a cast with names I like, including TJ Miller (Silicon Valley, Deadpool), Anna Faris (Cloudy with a Chance of Meatballs, Mom),  Patrick Stewart (Star Trek: The Next Generation, X-Men), and even Sofia Vergara who I like despite how I think “Modern Family” might as well just be the single most overrated show, if not in the territory for sitcoms, ever made. The animation overall, at least from what I’ve seen, isn’t all that bad either. Aside from these statements, I can’t really think of any other positives I can give based on what I’ve witnessed other than one example of toilet humor from the main trailer. Why am I doing this post? Well, this isn’t a review of the movie, I haven’t seen it. Other people have though, and so far the results are not looking good.

As of now, this movie has 0% on Rotten Tomatoes! This is something that I don’t normally see with many films. Although there are films that currently stand among this category, including “Superbabies: Baby Geniuses 2,” “Space Chimps 2: Zartog Strikes Back,” “Fred: The Movie,” “Max Steel,” “The Ridiculous 6,” “Beethoven’s 4th,” “Mulan II,” “The Fox and the Hound 2,” and “United Passions,” a movie so poorly received that The Guardian’s own Jordan Hoffman said in his review “as cinema it is excrement.” Haha, love that quote. I just want to remind everyone, that there’s this one movie that came out last year in January, which was also animated. That my friends, is “Norm of the North.” I never saw it from beginning to end, although if that’s something you’re interested in (laughs), it’s free on Amazon with Prime Video. Many people consider this to be one of the worst animations ever made, especially when you consider the fact that it was in theaters. It currently has a 3.7/10 on IMDb, along with a 9% on Rotten Tomatoes. I know “The Emoji Movie” literally just came out, but this could be worse than “Norm of the North.” A lot of people disliked “Norm of the North” due to it’s animation and content displayed in the movie. I can only imagine how this movie would be compared to that. The animation looks decent in the trailer, so either it looks like crap in some scenes of the movie I don’t know about, or everything else is beyond horrible and the animation is just fine. 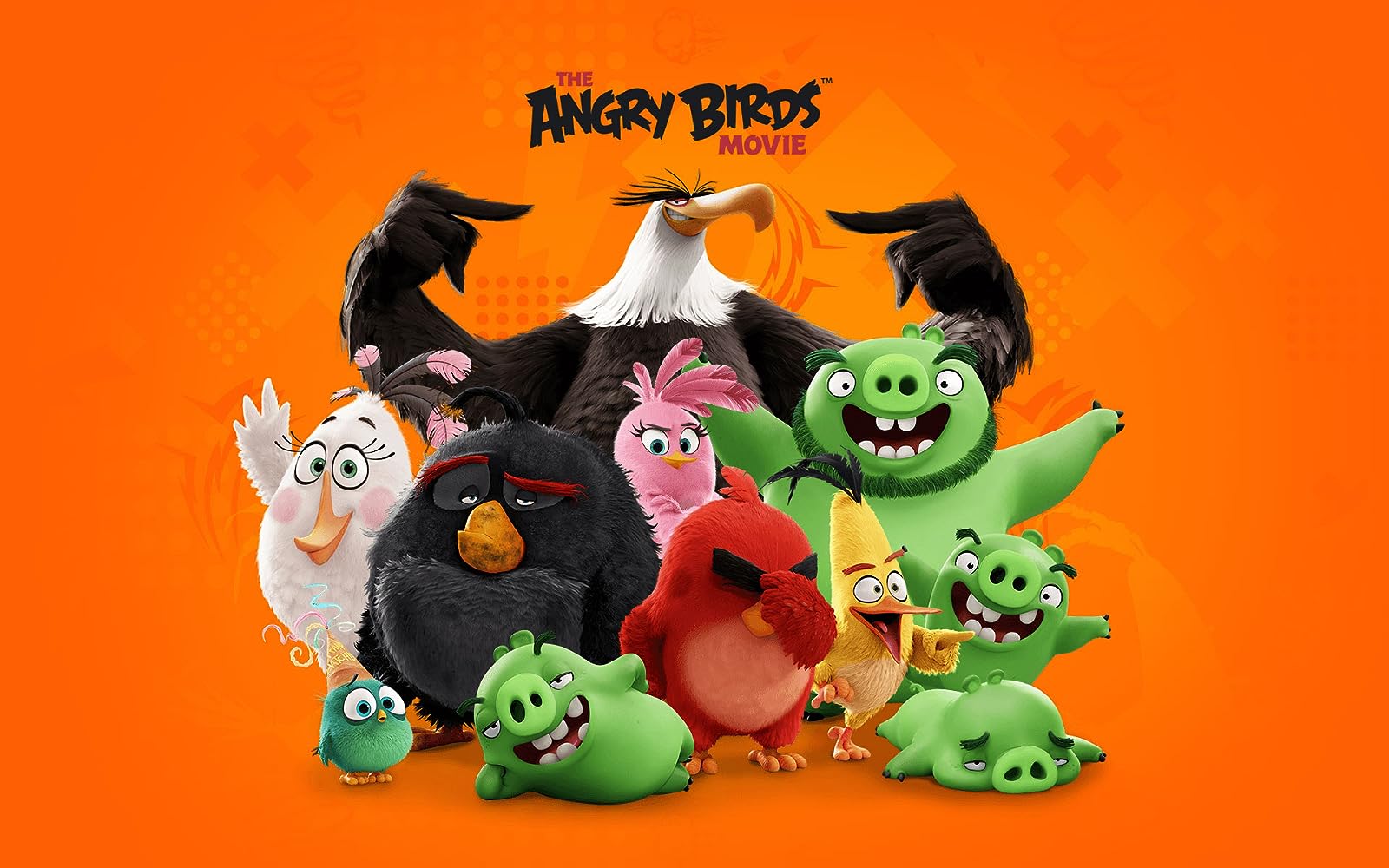 I wasn’t even expecting this movie to be good, I was just hoping the folks over at Sony Pictures Animation would put at least a shred of effort into this movie, and speaking of underwhelming animations, Sony Pictures Animation came out with a movie last year as well, which also has to do with something iconic related to phones. That, ladies and gentlemen, is referred to as, “The Angry Birds Movie.” Much like “Norm of the North,” I didn’t see this, but I heard it wasn’t too great. It got decent ratings on IMDb, 6.3/10 to be specific. But this film does have its haters, haha, I kind of just made them sound like trolls. This film was considered underwhelming due to how it seemed to display conservative propaganda, from my view from watching the Cinemasins video on this movie I have no idea if the people behind this movie ere even go for that or what. There’s also how it seemed to make particular viewers think that some of the movie might actually be a little over the edge for certain children, and other reasons. Also, you have to consider the fact that this was written by the same screenwriter who wrote the first two live-action “Alvin and the Chipmunks” movies.

This almost makes me think that in the near future, we’ll be seeing more movies based on stuff having to do with your phone or other electronics. What’s next? A movie about Twitter where we have to root for the blue bird who has some necessary story arch? A movie about Snapchat where we have to root for the ghost in the middle of the yellow square? A movie based on Subway Surfers where there’s a subway surfing competition? A movie based on Jetpack Joyride which is basically an escape movie the whole time? A social media mascot cinematic universe? People are saying that movies based on video games are crappy, let me just remind you that I have an idea for a video game based movie and I do think it has potential, but I don’t have time to get into that. Movies based on Emojis is probably, on paper, one of the dumbest concepts I’ve heard for a movie, AND IT GOT GREENLIT! AND RELEASED! IN THEATERS! IN REAL-D 3D! Just be glad Christopher Nolan’s “Dunkirk” came out last week or else this would receive a greater chance of being an IMAX movie!

So I was right, this movie is very likely to be an abomination. If I go see this movie, I wonder if I’ll just mark it as the worst movie of the year. I can only imagine what would happen from here. As much as I don’t want to see the movie to maintain my utter sanity, I also feel like seeing it just to see how truly awful it really is. If I don’t see this in the theater, I’ll more than likely buy it or rent it when it comes out on home video. If there’s anything else left to say, it’s this. First off, f*ck you Sony and Sony Pictures Animation for releasing this. Second, to this movie, I gotta say, good luck at the box office, good luck. Who knows? Maybe my ten dollars could go towards this movie, only time will tell. Thanks for reading this post, and also be sure to check out my latest review for the movie “Dunkirk.” Just click on the red box that will take you to the review, or who knows, maybe if you scroll down, that review will be right below this post. I love the movie, I highly recommend it, but also recommend you read the review just you know what to expect going in. Also, be sure to look forward to my future reviews, I mentioned I MIGHT review this movie, not sure though. Although I will say I do want to check out “Valerian and the City of a Thousand Planets” and “Atomic Blonde” because they do sound intriguing. Stay tuned for more great content! And since we’re talking about Emojis, this is a reminder to everyone to not be a 💩😶, if you don’t know what that means in your native language, unless you speak Emoji, comment down below and I’ll leave a response to that comment saying what that means. Scene Before is your click to the flicks!