Hey everyone, Jack Drees here! Today I little wanted to do something for someone I admire. If you remember months back on this blog, I did a post on the TV show, “King of the Nerds,” a reality competition on TBS that aired from 2013-2015. I honestly want it on the air longer, but that’s not something I want to talk about right now. One of the hosts of that show is Curtis Armstrong. 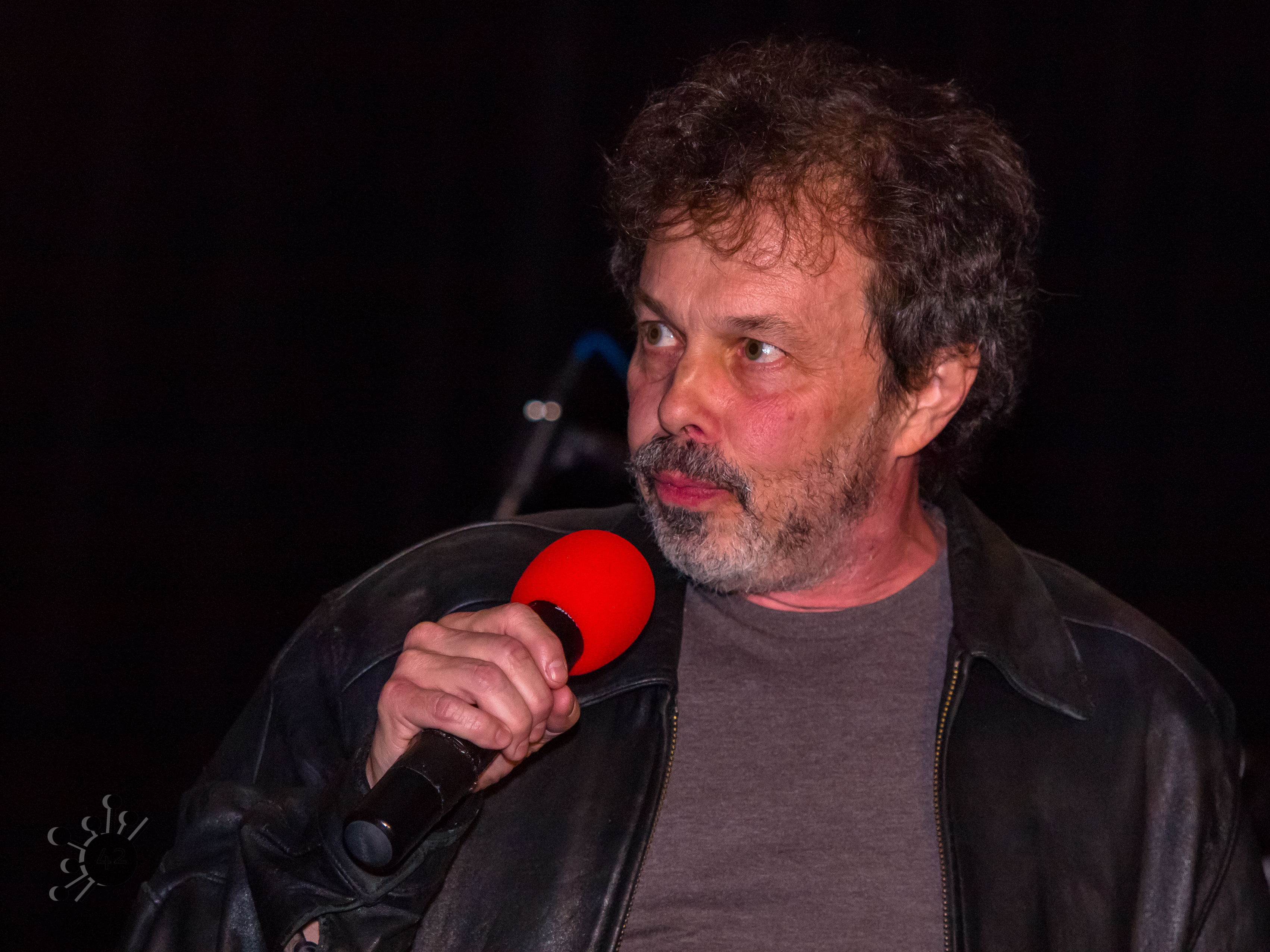 Even you haven’t seen the show “King of the Nerds,” you may be familiar with this name. If you don’t know the name, there’s a chance you may know the face. Aside from “King of the Nerds,” you may have seen or heard Armstrong in “New Girl,” “Supernatural,” “Ray,” “Risky Business,” “Revenge of the Nerds,” “Moonlighting,” “Dan Vs.,” and “American Dad!.” In real life, Armstrong, seemingly has numerous qualities of a nerd. Although I am looking at his IMDb and it kind of says otherwise, “I’m not an improv guy. I’m not a nerd, I play one on television.” He’s also revealed to be a bibliophile, Beatles fanatic, and Sherlock lover. I also consider Armstrong to be a fine role model and one of my all time biggest idols.

I’ve also met him in person at Rhode Island Comic Con in 2015. The moment I met him and got a picture with him is currently my profile pic on WordPress along with other social media including my Twitter and Google accounts. I mean, why not? It’s a picture I personally revere. Not to mention, I’m wearing my favorite t-shirt, a “King of the Nerds” t-shirt I won in a contest which shows the hosts, Curtis Armstrong and Robert Carradine, and it shows them in a bunch of different colors and facial expressions. You may also notice I have sunglasses as well, those also have a “King of the Nerds” logo. When I met Curtis I didn’t show that part to him, it could’ve slipped out of my mouth, but who knows? The same day, I actually got an autograph from him. Then I came back the following day to tell him he was the best part of the con. I wasn’t lying when I said that. Curtis was nice, we talked together more than I did with other guests, not to mention when I was talking to Curtis, it felt like I was talking with an actual person. I’m not saying the other guests weren’t friendly or nice. It’s just when I talked to Curtis, it almost felt like he didn’t want me to leave. Did he want me leave? Probably, there were other people waiting in line, and that always is a justifiable reason to leave. But I was having fun with him and I would imagine he was having some sort of fun with me. I felt that when we talked on the last day of the con, when we left, it almost felt as if I was in a movie. Curtis said he’ll see me “next time.” If that were a movie, it might as well be called “Jack and Curtis,” it would be less than 4 minutes long and probably wouldn’t make it to theaters, although it would definitely have more substance than the new “Transformers.”

I may be rambling here, but I feel it’s worth it, because if you’re new to this blog, or if you just want to hear a personal story of mine, this is one I enjoy telling, and it makes sense for what I’m doing. Because Curtis Armstrong has a new book coming out in a few days. This book is going to be called “Revenge of the Nerd” and it features the subtitle, “Or… The Singular Adventures of the Man Who Would Be Booger.” Why am I doing this? With everything Curtis does for me, I feel the need to do things for him, and this is one of those things.

“Revenge of the Nerd” is an autobiography Curtis has begun creating earlier this decade. This is going to contain some information on his early years in Detroit, a city which actually coined the term “nerd.” There’s also gonna be a focus directed towards his acting career, including some things behind the scenes of some of Curtis’s various projects.

I have not read this book yet, nor has many other people, so I can’t really give my own thoughts on it, it’s actually yet to come out. The official release date for this book is next Tuesday, July 11. This seems like a short promotion, and yeah, I did basically say just about everything worth saying about the book itself, however I’m not done.

Curtis has been going around various places promoting his book, in fact, when the book releases, there are more promotions coming up. I actually have a list right here. Right now, Curtis is actually at Indy Pop Con, in Indianapolis, but once that’s over, plenty of more promotions are on the rise.

You know how I mentioned, looking back, I felt like I was in a movie when saying goodbye to Curtis? Well, my plans which are set for this Wednesday may as well be considered the sequel. In case you guys wanted to know, I’m going to at least one of these promotions. I’m gonna be going to the one in Boston on July 12, and it’s quite possible I’ll be at Rhode Island Comic Con from November 10-12. I mean, I went the past two years, so why wouldn’t I be there? If you didn’t know, Armstrong is famous for playing Booger on “Revenge of the Nerds,” and he often finds people who recognize him as Booger, he’s not offended at all, he’s actually delighted by it. So viewers, I want to know in the comments, out of curiosity, do people ever call you nicknames? This can also include ones people don’t call you much anymore. Also, I REALLY want to know, have you ever had a nickname that had some sort of relation to something disgusting? For me, I don’t recall receiving any disgusting nicknames throughout my life, but I want to know if you’re any different. I’ve received some nicknames throughout my life including J-Man, Dr. J, Jackson 5, and Dr. Ees. Also, guys, I got another Christopher Nolan movie review coming up pretty soon. Stay tuned for that. As far as new theater releases go, I’m not sure which movie I’ll see next, maybe “War for the Planet of the Apes” even though I haven’t seen many of the other movies. Only time will tell. Stay tuned for more great content! Scene Before is your click to the flicks!

TAKASHI: Excuse please, but why do they call you “booger?”