Ride Along 2 is the sequel to the 2014 comedy starring Kevin Hart and Ice Cube as two members of same police department. Kevin Hart is a recently graduated rookie and Ice Cube is a detective. Ben, played by Kevin Hart is aspiring to become a detective like James, played by Ice Cube. Despite his aspirations James doesn’t think Ben has what it takes to become a detective, but after incessant begging to make something of himself on the force, Ben is taken alongside James to Miami to follow up on a lead. The situation that starts out rather simple eventually expands into an epidemic. Meanwhile, back at home, Ben is getting married in a few days to James’ sister played by Tika Sumpter and Ben has to make sure he’s home on time for their wedding. 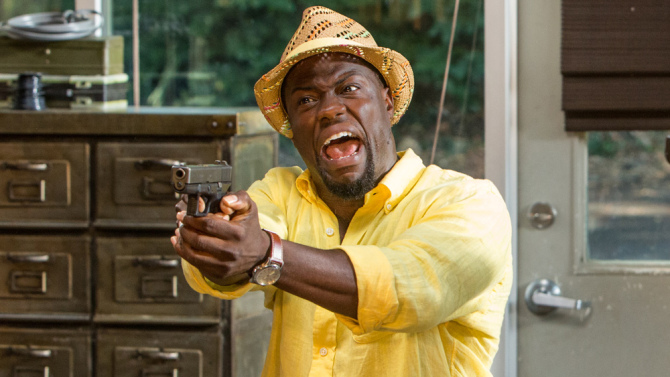 Kevin Hart is probably one of the best comedians in our day and age. He is hilarious, he has a good stage presence when presenting his material, and he is excellent in movies. At this point, there is no wonder how this guy is in a substansial number of movies nowadays and this movie supports that. 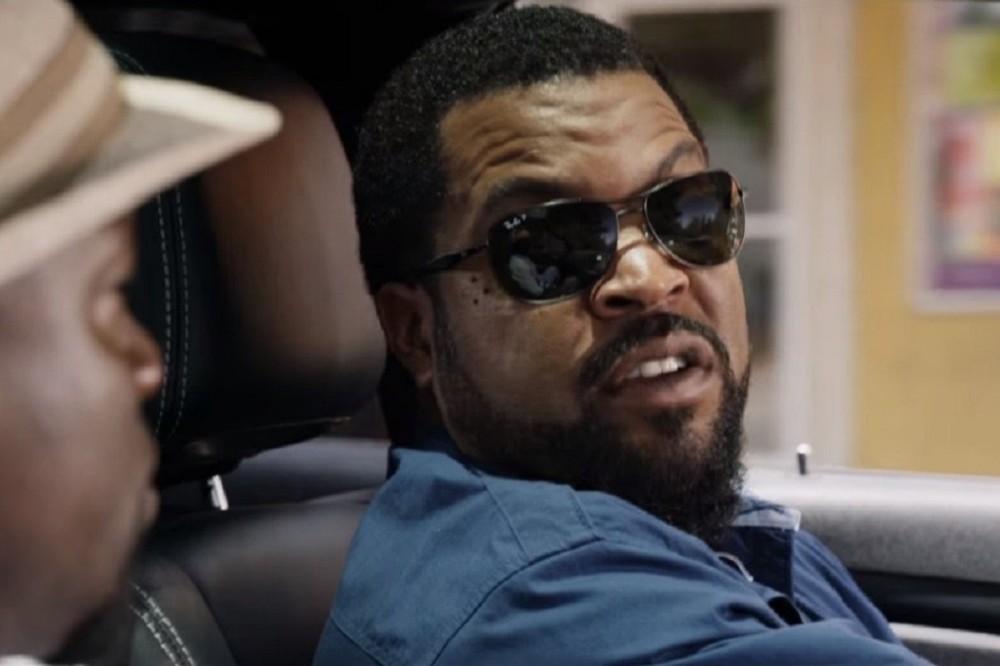 I don’t really like Ice Cube as much as I like Kevin Hart, but I find the guy to be a great actor and I liked him in the first Ride Along. He displayed the serious type of personality and when you place him and Kevin Hart together and put them in a movie such as this, it can make for a good movie. Everytime I saw the two on screen it made me laugh and I couldn’t help but think of this as if it were real.

As I mentioned before, Tika Sumpter returned to reprise the role of James’ love interest, Angela. Her side of the story didn’t really add too much to the plot, I still enjoyed her character and what she had going on during her screentime. However if you see her side of the story with Sherri Shepherd’s character in the movie, along with some of Kevin Hart’s side as well, it’s almost like it’s only in there to have humor. I have no problem with that, after all when you’re watching a comedy, humor is a key piece to finishing the puzzle but in the end the movie kind of could have done without it, or at least most of it, because there were some points I found to be necessary. Granted the wedding side of the story was necessary, and if the movie focused more on Ben trying to make it back for the wedding, it probably would have ended with a better result. It’s not a big issue for me but it’s on my mind.

Did Ride Along 2 make me laugh? Yes. Did it make me laugh more than the first one? Based on my memory, no. It was almost as much as the first one. The humor had a lot of the same elements as the original in play but came out differently. The humor presented in the movie works for the cast working on it and the overall concept. So good job Ride Along 2!

If I had any other problems with the movie it would be some points with Sherri Shepard’s character, her attitude at times was a hit or miss point for me. The other problem I had with the movie was the antagonist. He somewhat reminded me of Jason Statham in Furious 7 too much and he didn’t seem to stand out as much as some of the other key characters.

Speaking of key characters, the movie featured a guy played by Ken Jeong. He brought a bit of a charm to the beginning of the film and he had some important elements to the story that made the movie slightly more interesting. When I was 30 minutes into the film, Ken’s character seemed to add some suspense in one way or another and it made the movie boost itself in likability. 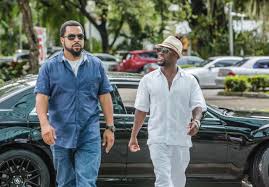 Ride Along 2 is a pretty good action comedy, and also a good sequel. I laughed at a lot of points during the film, Kevin Hart and Ice Cube have great chemistry together, and it is one of the funnier films I’ve seen this year. I’m going to give Ride Along 2 a 6/10. Just to let you all know, I actually have school starting up in about a week, so it may impact how often I post here. I still hope to see some movies throughout that time so I can talk about them with you all. Or at least to myself, because I am able to have a good time here that way too. Stay tuned for more reviews. Scene Before is your click to the flicks!