“Words on Bathroom Walls” is directed by Thor Freudenthal (Diary of a Wimpy Kid, Percy Jackson: Sea of Monsters) and stars Charlie Plummer (Lean on Pete, Looking for Alaska), Andy Garcia (The Godfather Part III, Ocean’s Eleven), Taylor Russell (Lost in Space, Escape Room), AnnaSophia Robb (Charlie and the Chocolate Factory, Because of Winn-Dixie), Beth Grant (The Mindy Project, The Artist), Molly Parker (Deadwood, House of Cards), and Walton Goggins (Django Unchained, The Shield). This film revolves a boy named Adam. He’s in his teens and he has schizophrenia. Throughout the movie we see him adapt to a new drug, a new “father figure,” and a new school. Quite a few major aspects of his life change here. We get to experience what Adam’s life is like as he deals with voices inside his head, and potential effects of everything surrounding him internally and externally.

This is one of the films playing on a major weekend for cinema. Theaters in many territories, including my own, around the United States are reopening for business. Keep in mind, this pertains to a lot of theaters, but most notably to chains like AMC, Regal, and Cinemark. On this special weekend, this is one of the films available for customers in addition to other new releases like “Unhinged” and a selection of throwback titles including “The Empire Strikes Back,” “Inception,” “Black Panther,” and more.

I’ll be honest with you, when it comes to “Words on Bathroom Walls,” it never really struck me fancy. I never had any real attachment to it prior to giving it a watch. The main reason why I watched this movie, is because an outlet gave me RSVP access to watch the film online before it came out. When it comes these teen movies, they’re usually not my thing. Romance is not my thing either. But I’ve enjoyed certain movies with one aspect, another, maybe both, plus it is nice to talk about new content. So here we are.

This film is based on a book written by Julia Walton. I’ve never read the book, and after seeing this movie. I can’t say I’m gonna read it. Again, this is not my genre. Also, movies are more fun! Sorry, books! Nevertheless, I enjoyed this film for what it was. A solid story about somebody dealing with many forced adaptations, both internal and external. I think the screenplay, when translated into a visual medium, was incredibly well-realized. There was a scene that made me feel like I was watching some superhero movie like “X-Men” or something as opposed to some typical teen drama. This was well-written, and when it comes to the directing done by Thor Freudenthal, I approve. At times it gets a little dark, but the snappy vibe never escapes. In fact, this guy, unknowingly, was a part of my childhood for a few years. 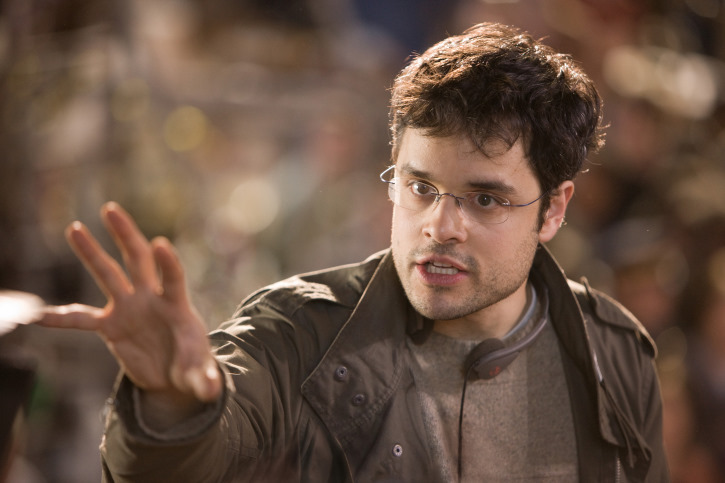 For those who don’t know, Thor Freudenthal directed the 2010 movie “Diary of a Wimpy Kid.” I was ten years old when I saw that movie, and I will point out, unlike “Words on Bathroom Walls,” that film got me to read the books which it happened to be based upon, so I’ll give it credit where it’s due. I have not watched that movie in some time, I think my most recent viewing was in 2012. However, looking back, one of the standout aspects of that film, is how much it maintained a quick pace, while occasionally relying on aspects of imagination or narration. Some of that translates well to this movie while being a completely separate thing. But also keep in mind, the movies are made for completely different audiences, so it really is a good thing that one movie is not like the other.

Those positive thoughts I gave on the screenplay? Yeeeah… It’s not all rainbows and unicorns. Keep in mind, this review is being written by a straight white male whose favorite movies are in the action genre or similar fields. Some of the dialogue is a cringefest. There are a couple cheesy lines that I thankfully don’t have implanted in my head at the moment, but they were nevertheless cheesy. I wonder if the teen girl crowd will not care as I think they may be one of the core demographics for this film. Who knows? I never read the book, and I may be unwarranted to ask such a question… But, maybe it worked in the book? I don’t know.

But most of the screenplay does make up for its faults. There are some really exciting, gripping moments that grabbed my attention. There feels like there is conflict in just about every single scene. Something could end up going wrong, changing the main character’s life, or maybe make my head spin upside down.

I will say though, I have mixed thoughts on the main character of Adam. On one hand, I did feel bad for him. This movie does a good job at highlighting the misfortune of schizophrenia, in which case I was able to attach myself to him. But there are like one or two moments where this guy sort of gave a creeper or stalker vibe. I won’t go into detail, I will let you as viewers see this for yourselves. Although I will give props to Charlie Plummer, who plays this lead role admirably. There’s not much I have against Plummer as a performer and I would like to see more from him. This is sort of based on looks, but I would be interested to see him in maybe a Seth Rogen comedy of some sort, he looks like he could fit right in if given the proper script and role. Maybe “Neighbors 3: The Next Generation” if they ever decide to make that? Just an idea. I’m not claiming it, I don’t have an outline for it, I’m just spitting it out there.

I also really dug Taylor Russell’s character. Not only was I able to buy the relationship between her alongside Charlie Plummer’s character. But as an actress, I think Taylor Russell has a solid future ahead of her. She did a really good job at portraying this brainiac student who cares a lot about which direction she’s headed in life. This becomes more likable later in the movie when we meet her family, which I won’t talk about because I would rather have you see the movie for yourself.

Although I have to say, there’s one character who could arguably be my favorite in the movie, and that is a priest played by Andy Garcia. This character goes by the name Father Patrick and he’s just incredible in this movie. Garcia brings his A game here! Every other line out of his mouth is so dry yet charismatic! I could listen to this guy narrate an audiobook version of The Cheesecake Factory menu! He’s that likable!

In the end, I enjoyed “Words on Bathroom Walls.” I think it’ll get some attention at the theaters once they reopen. For all I know, maybe fans of the book will enjoy this film. But I don’t think I’ll ever watch this movie again. Once again, I’m not in the core demographic, so I may not be the best guy to trust when it comes to reviewing this movie. However, I did enjoy it. It was never boring, never completely insulting to my intelligence, and I did have fun, which most of the time, is something I think many of us want to experience after watching a movie. If you have fun, then bada bing bada boom. I’m going to give “Words on Bathroom Walls” a 7/10.

Thanks for reading this review! Just want to want to announce that depending on where you live, tickets for “Tenet” are already on sale, or they are just about to go on sale. Over the past couple months, I’ve been holding onto a post that I think could help certain moviegoers when it comes to deciding where to go see “Tenet.” Given how tickets are about to go on sale here in the United States pretty soon, my post related to this will be up around the same time tickets drop. Stay tuned for that post and if you want to see more great content from Scene Before, be sure to follow the blog either with an email or WordPress account, and check out my Facebook page! I want to know, did you see “Words on Bathroom Walls?” What did you think about it? Or, are you going back to the movies this weekend? Do you plan on going back soon? Let me know down below! Scene Before is your click to the flicks!