“Long Shot” is directed by Jonathan Levine (Snatched, Warm Bodies) and stars Seth Rogen (Sausage Party, The Disaster Artist) and Charlize Theron (The Fate of the Furious, Atomic Blonde) as the two work together while one of them, specifically Charlize Theron, tries to become President of the United States, although in reality this would actually never happen because Theron was born in South Africa, but still. While Theron is busy with her work in trying to promote herself as a likable candidate, Rogen joins alongside her as her speechwriter. Unfortunately for Rogen however, his journalistic background does not mix with serious politics.

I saw some bits of marketing for this movie before checking it out and honestly, it looked charming. The two leads are extremely likable so if you put them together, OF COURSE I would be there to see them on screen. If anything has been proven in recent years, if your name is “Seth,” you have a knack for comedy. Seth MacFarlane, Seth Green, Seth Meyers, and the main guy here, Seth Rogen, just because of your name, you are all SETH for life! 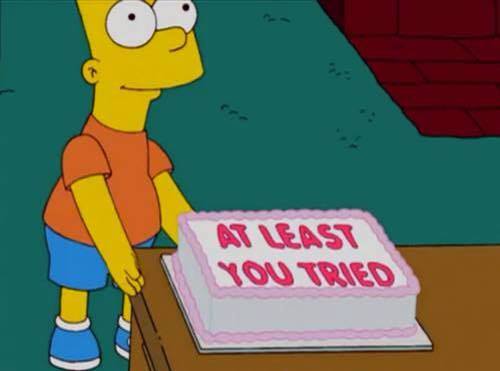 Aaaand, since my name is Jack, it appears that I’m not.

In fact, part of me actually forgets sometimes how much I really appreciate Seth Rogen. To me, it’s hard to point out a bad project from him. I even liked “The Guilt Trip!” I’m sorry, but it’s true! Even a formulaic and repetitive sequel such as “Neighbors 2: Sorority Uprising” worked for me. I love his tendency to push the barrier when it comes to comedy, as seen in movies like “Sausage Party.” I liked that movie so much that I saw it twice in theaters! I kind of regret not buying the Blu-ray when it came out, especially considering how I still don’t own the darn thing. In fact, his name helps me for his projects now, because Amazon has a show coming out called “The Boys.” I’ve seen and heard what it is about, but since I have a high dedication to movies, I don’t have much time for TV. Then I saw Seth Rogen’s name attached just recently, and now I want more of this project. It’s similar to another Seth, specifically MacFarlane. I am not much of a Trekkie. I like “Star Trek,” but I am not that religious to the franchise. Once I saw Seth MacFarlane attached to “The Orville,” the series had me hooked.

But we’re not here to talk about TV, we’re here to talk about film. So how was “Long Shot?” It certainly lived up to my expectations. I have to say that it certainly has a vibe of a Seth Rogen film while also being its own thing. Going into “Long Shot,” I have heard somewhere, I can’t remember the exact source, that this is a good date movie. I didn’t go to this movie with my girlfriend, in fact, to this day I can never say I’ve had one. Not that it matters, but having seen “Long Shot,” this is certainly a perfect way to describe it. “Long Shot” is a hip, cool, funny romantic comedy that really puts a lot of emphasis on the comedy. And by romantic comedy I don’t mean chick flick, it has a flair that feels very unisex going on masculine. Sex jokes galore, but luckily just about none of them feel cringeworthy or forced, which as a movie critic, is something that I tend to appreciate nowadays, especially when it feels like you have seen everything when it comes to comedy. Because comedy in movies, at least to me, has either become all sex jokes all the time, or physical mishaps that no pun intended, fall flat, or just plain cringe. “Long Shot,” much like some comedies from last year such as “Game Night” and “Tag,” sort of quenches my thirst like Gatorade.

I already dived into Seth Rogen as a person, but let’s dive into his character. I really like the direction which they took him, he’s a barrier-crossing journalist that leaves his job, which eventually leads to his working relationship with Charlize Theron. He’s not really that formal, which is something that he has to get used to overtime, which leads to a hilarious outfit change when his character, specifically named Fred Flarsky, travels to a foreign country and has to look presentable to a foreign audience.

As for Charlize Theron, I have to give a lot of credit, not necessarily to her performance, but everyone behind the makeup and costume departments of production. It seems like they had a lot of fun trying to come up with how Charlize Theron would present herself if she ever got into politics. It kind of feels like a stereotype, which really works for her character.

Speaking of politics, the president we see in the start of this movie (Bob Odenkirk) is actually kind of hilarious. Granted, there is not much to say about him, and he is sort of one-dimensional, but when he is shown early on in the film, his character reveals what he wants to do with his life. He wants to become a TV star, which makes sense as he was watching himself on TV early on. The more I think about it, the more I enjoy this idea for a singular motivation because you see all of these people acting in one thing or another and they play a president. You never think they are going to become the President of the United States, and now you have a president who wants to go in the realm of television. The more I think about it the more I go, “Yeah, that thing from the movie. Dope.”

And to be honest, I did not have many theories about “Long Shot” going into it. You know, aside from it pleasing me. Why’s that? Well, the movie’s title does not rhyme with “Avengers: Endgame.” But let’s say I had to go back and analyze any previous thoughts I had going into “Long Shot.” I didn’t think that this movie would become as serious as it did. I won’t say when, and I won’t say how, but this movie does become a fantastic parody of how politics works. In some ways, it really is all down to the marketing, and you can’t please everyone, sometimes including yourself. Charlize Theron has this plan to save the planet and not everyone in the world is onboard with it. As a viewer, I was onboard with the idea, but that has probably nothing to do with the movie and maybe more to do with my worldview. And speaking of worldviews…

This movie manages to parody on our media. It doesn’t dive too deep into MSNBC and CNN, but as for Fox News, it hits the organization hard. Granted, I don’t like Fox News, and I think what they did to Fox News in this movie is hilarious, but it also makes me think that this movie is going to piss some people off. I know some Republicans and they are nice people, but I wouldn’t take them to see this movie. Not that this movie is propaganda, but I would rather take someone who doesn’t watch Fox News everyday and bashes on the “fake news media.” And as for my thoughts on that, let’s just admit it, everyone has an agenda and no matter what organization you belong to, there are always guidelines and you are not always going to knock each report out of the park, let’s just be honest about that. Yes, there is a lady that is trying to run for president. And you know what? That’s not even the real propaganda of the movie, which I actually really appreciate. Although it does occasionally attack the Republican Party, the political system as a whole, and even Donald Trump. Because there is a line in the beginning of the film that I actually found rather funny when it came to Charlize Theron’s character wanting to run for president and guy pointed out that nobody wants to know what the president does to their hair, shortly after, he takes that statement back. I kinda like that joke.

In the end, “Long Shot” is a fun movie. In a time where President Orange is in office and he’s trying to get people to see less work from Hollywood, he ain’t stoppin’ me from prompting you guys to check this out. Well, then there’s “Endgame,” in which case, I truly wish this movie luck. The movie brought in a billion bucks for Disney, so yeah. I seriously wonder how much money it’ll lose, if anything. In all seriousness though, if all of your theater’s showtimes for “Endgame” are sold out and you don’t have any kids in your party, consider giving “Long Shot” a chance. I’m going to give “Long Shot” a 7/10. Thanks for reading this review! Pretty soon I am going to have my review up for “Shazam” and for those of you who don’t know, I got the opportunity to watch “Long Shot” for free, and the same goes with another film that is set to come out next week called “The Hustle.” For those of you who have seen the film “Dirty Rotten Scoundrels,” this is a remake of that film and I have passes on me for that film. I might go see it next week depending on whether someone decides to come along with me. Be sure to follow Scene Before with a WordPress account or email so you can stay tuned for more great content! I want to know, did you see “Long Shot?” What did you think about it? Or, what is your favorite Seth Rogen or Charlize Theron movie? For Rogen, it would probably be “Kung Fu Panda,” which until recently, I might have never known he had a voice in, and for Theron it might be “Kubo and the Two Strings.” Let me know your picks down below! Scene Before is your click to the flicks!