“Second Act” is directed by Peter Segal (50 First Dates, Grudge Match) and stars Jennifer Lopez (World of Dance, Maid in Manhattan), Leah Remini (King of Queens, The Exes), Vanessa Hudgens (High School Musical, Powerless), Treat Williams (127 Hours, A Streetcar Named Desire), and Milo Ventimiglia (This Is Us, Gilmore Girls). This film is about a girl who works in a big box store, ends up no longer working there, and decides to seek out another job opportunity. Having received less education than other people in particular and relying on street smarts as opposed to book smarts, Maya wants to prove to Madison Ave that she is worth something.

I got passes to an early screening of “Second Act.” The passes were used by a friend and I as we both individually trekked to the movie theater. For those of you who don’t attend advance screenings, I’ll just have you know that these passes, like others, happen to be free for those who can get their hands on them. Not that you need to know, but I’m an AMC Stubs member. I also just had a birthday in November, which meant I got to get a free large popcorn. That was the best part of this whole experience, not just because I saved tons of money, but also because “Second Act” is a disposable mess. 2018 is a very positive year in film for me, but it has some stinkers in there, and this is certainly one of them.

“Second Act” is a film about believing in yourself, no matter where you stand in society. While that may be a positive thing, one thing that is also positive is the amount of negativity I’ve had going through my mind just having to sit through this film. The release date for “Second Act” is December 21st. It honestly feels like a January movie. The only thing that seems to save it is that it seems to be targeting a different audience than all the award film junkies and big budget films. “Second Act” reminded me of a Lifetime movie without commercials. And it doesn’t surprise me that my mother wants to see this film at some point. Having seen the film, she MIGHT like it. I don’t know if she’ll remember it afterwards, but she might enjoy herself for almost a couple of hours.

How forgettable is this movie? I probably happen to be cheating with this statement because I have the ability to work on this movie review for a month, but the comedy was not only unmemorable, it was some of the stalest material I’ve suffered through all year! It’s not “Life of the Party” bad, but the humor was repetitive, awkward, and it is all s*it I’ve heard before! Speaking of s*it, one running joke happened to come from Leah Remini’s kid, and the joke is that he’s a pottymouth.

Eat your heart out, Will Ferrell.

This movie makes me think that I’ve almost seen it all when it comes to comedy. If I were to make a comedy movie, and I were trying to think of new material, nothing would come to mind. Swearing and sex rule while all other walks of life, ultimately walk away.

Let’s also talk about Jennifer Lopez in this film. She did a fine job with her lines that were given to her, and her character wasn’t all that unlikable. However, as I left the theater, my friend and I were in a car together. As we were in the car, she thought Jennifer Lopez’s ultimate goal in this movie was to show herself off, show her body, show her inner fashionista as much as possible.

Jennifer Lopez made the top of the list on For Him Magazine’s 100 Sexiest Women twice. She was named the most lustable celebrity of the past twenty years according to Vibe magazine. In 2011, Lopez was named “The Most Beautiful Woman” by People. Jennifer Lopez did not direct this movie, but there is no denying that a film’s actors can have some power in the direction the vision tends to go. Where does the vision go? 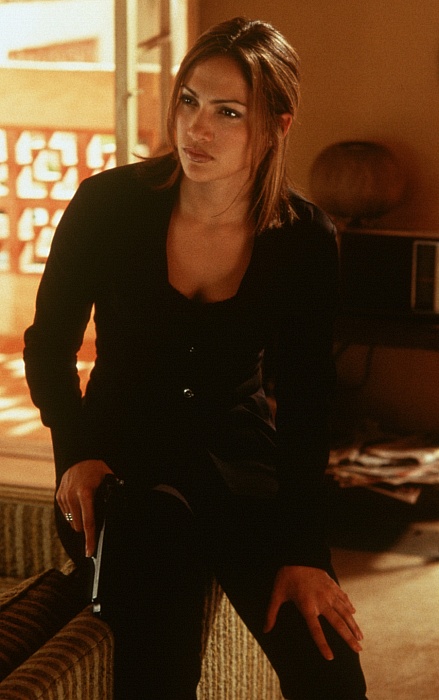 Hey, jackasses! HER EYES ARE UP THERE!

As far as other characters go, they’re really just disposable trash. What is there to remember about them that’s noteworthy, nifty, or cool? I didn’t care about many of them, I don’t want to hang out with them had I been given any opportunity to face them in real life, and I just want to annihilate everybody. There’s a scene containing these dumbasses that is one of the most awkward things I’ve had to watch all year! I’d rather watch the sex scene from “Deadpool” with a room full of seven year-old kids than have to sit through that all over again. There’s a part of the movie that takes place in Grand Central, we see the main character’s friends, who might as well be as street smart as her, disguised and dressed up as intellectual snobs. Get that out of here, out of my sight, NOW!

There’s only one funny scene in the film that I can actually recall, and guess what? It’s in the trailer! I don’t care if I go into detail about this scene, I don’t want you to watch this film anyway so why should I care?! Jennifer Bombshell has to go to a fancy dinner and speak to a guy in Mandarin. After all, she’s the only person who can actually do such a thing. Well, sort of. Lopez goes into the dinner with an earpiece and she’s listening to a vet say all that needs to be said. She hears something that she doesn’t understand, but it comes off as rather raunchy. That was actually pretty funny. But who am I kidding? THIS MOVIE SUCKED!

Also, I gotta say, this is probably not up in my worst cliches just yet, but I feel like I’m getting to the point where I weep for humanity every time I see a certain scene that happens to be in “Second Act.” That scene to be specific, is when a character is trying to decide what they should wear and their friends have to judge them. I’ve seen that for the umpteenth time this year alone, and the only time it really worked for me might have been in “Ready Player One.” I’ve seen it in that movie, “Life of the Party,” and “Love, Simon.”

In the end, “Second Act” is not just one of the worst movies of the year, it feels like it doesn’t even belong in December. It feels like a release the studio would attempt to dump into January or February. Jennifer f*cking Lopez is nothing more than a walking line uttering robot who has some capabilities of understanding human emotion, perhaps sexuality. The supporting characters, wait, WHAT supporting characters? My gosh I hate this movie! I’ve seen a number of new releases this year from the studio which associate with this movie. STX to be specific. NONE OF THEM have been higher than a 3. Sadly, this doesn’t even surpass that. I’m going to give “Second Act” a 2/10. Thanks for reading this review, be sure to stay tuned for my top 10 best and worst movies of 2018! Those will be up on New Years Day as separate posts. Look forward to those posts coming soon! Be sure to follow Scene Before either with a WordPress account or an email so you can stay tuned for more great content! I want to know, did you see “Second Act?” What did you think about it? Or, who is your celebrity crush? Let me know down below! Scene Before is your click to the flicks!