“The Spy Who Dumped Me” is directed by Susanna Fogel (Chasing Life, Life Partners) and stars Mila Kunis (Family Guy, That ’70s Show) and Kate McKinnon (Ghostbusters, Saturday Night Live) as two besties who get caught in an international conspiracy after a discovery that one of their ex-boyfriends happened to be a spy. 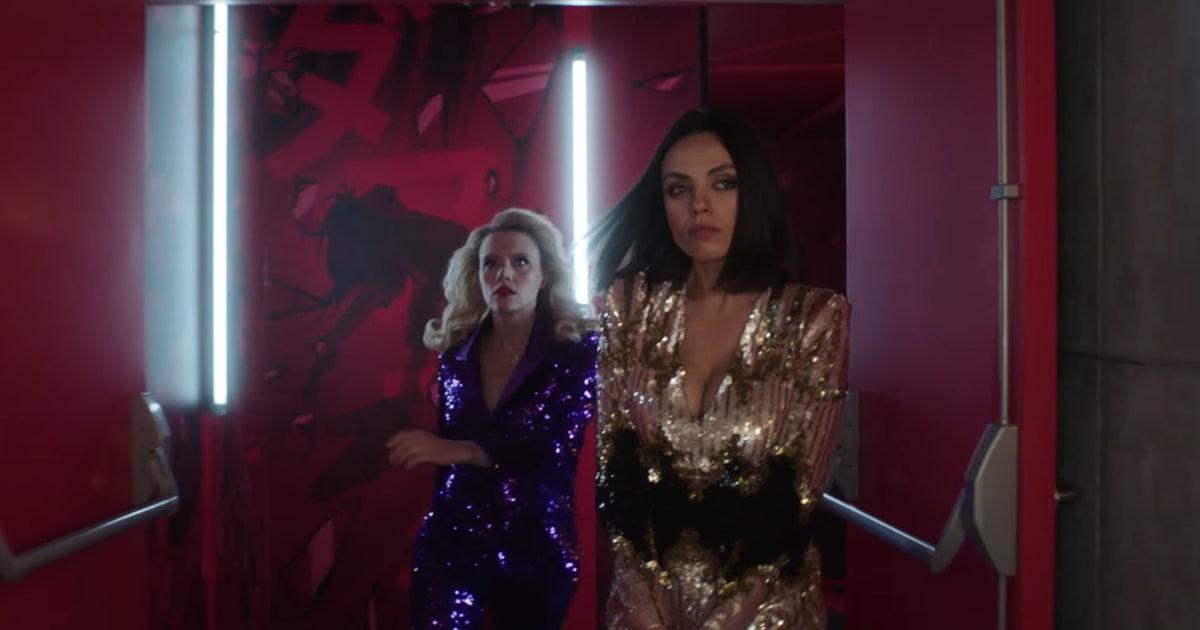 2018 is one of the best years for comedy I have ever witnessed. While I will say, there is no technical “comedy” to surpass last year’s “The Disaster Artist.” The amount of comedy I’ve seen this year to have been wholeheartedly impressed by is actually surprising. Let’s talk about a few movies in depth. One movie I really enjoyed is “Tag.” I did go see this movie before it released to the public, I’m not being paid to say this, I’m just a fan. Between a great cast, a story that’s funny because it’s true, and lots of heart, “Tag” knows how to deliver a hilarious and joyful ride about a childhood game. Another standout to me is “Game Night.” I missed this one in the theater, and having seen it, I kind of regret missing it. As a close contender for me for “Best Comedy of 2018,” “Game Night” is a well written, well acted, well directed, and well edited flick. “Game Night” is technically a comedy, but it has some elements of a horror movie mixed into it. Then again, it involves a murder mystery so that makes sense. However, one advantage from my perspective regarding both comedies is the marketing. The marketing for “Tag” and “Game Night” completely worked for me. I was convinced if I were to check either of those movies out, I would feel a sense of satisfaction from watching them. On the other hand, you have “Blockers.” This movie to me had a less than satisfying marketing campaign, and I was not convinced it was going to be funny. Honestly, once I saw “Blockers,” not only did I walk out having laughed my ass off, but feeling like I watched a movie with layers. “Blockers” is not just a movie about teenage girls who want to have sex. It’s a film about growing up, the double standard between boys and girls having intercourse, and how parents and their children react to each other when it comes to the idea of sex. This can also pertain to the idea of parents finding out about their kids losing their virginity or engaging in sexual activity.

So we have a couple of great films and a surprise.

There are some stinkers like “I Feel Pretty” and “Life of the Party,” but even with those, I feel 2018, especially when compared to other recent years, is a gem when it comes to comedy.

As for “The Spy Who Dumped Me.” I saw the trailer a few months ago, but I missed the movie when it was in theaters. I didn’t think “The Spy Who Dumped Me” would be good or bad, just alright. It’s got a couple cast members I like, so cool. And to be honest, I almost nailed my prediction. A good number of hilarious moments are found in the marketing, Kunis and McKinnon play the best friend pair while adding in their own personalities. Kunis seems to be more serious, but McKinnon is a bit more goofy. I gotta say though, my biggest praise that I got to give the movie at various points is not the comedy, but the action. This is an action comedy, but at times, and by times, I probably mainly mean one time during the opening sequence, it felt like a straight-up action flick. Speaking of which, let’s talk about marketing.

When it comes to marketing, “The Spy Who Dumped Me” seems to know its audience. It’s advertising itself as a comedy, and while there is action inserted, that’s not the main ingredient. And no, it’s not advertising towards anyone specifically into “Austin Powers.” This movie released on the first weekend of August this year. I do find that somewhat interesting because the weekend prior, “Mission: Impossible: Fallout” was put into theaters. While this movie seemingly would have gathered all the comedy junkies, the action and spy junkies would have probably gone to see “Mission: Impossible: Fallout.” Either because it’s the spy franchise that all spy lovers seem to bow down to nowadays, or people saw it, loved it, and said they were going to see it again on its second weekend. Did I mention Tom Cruise?

And I feel that the poor release slot contributed to this movie’s final box office total, racking in just a little more than $42 million. Keep in mind, “The Spy Who Dumped Me” had a budget of $40 million. While $42 million is greater than $40 million, it’s still a slight loss for the studio, and it questions whether a sequel should happen or not. It’s almost like getting a $5 scratch ticket and finding out you won $5. Yay! I got my money back! 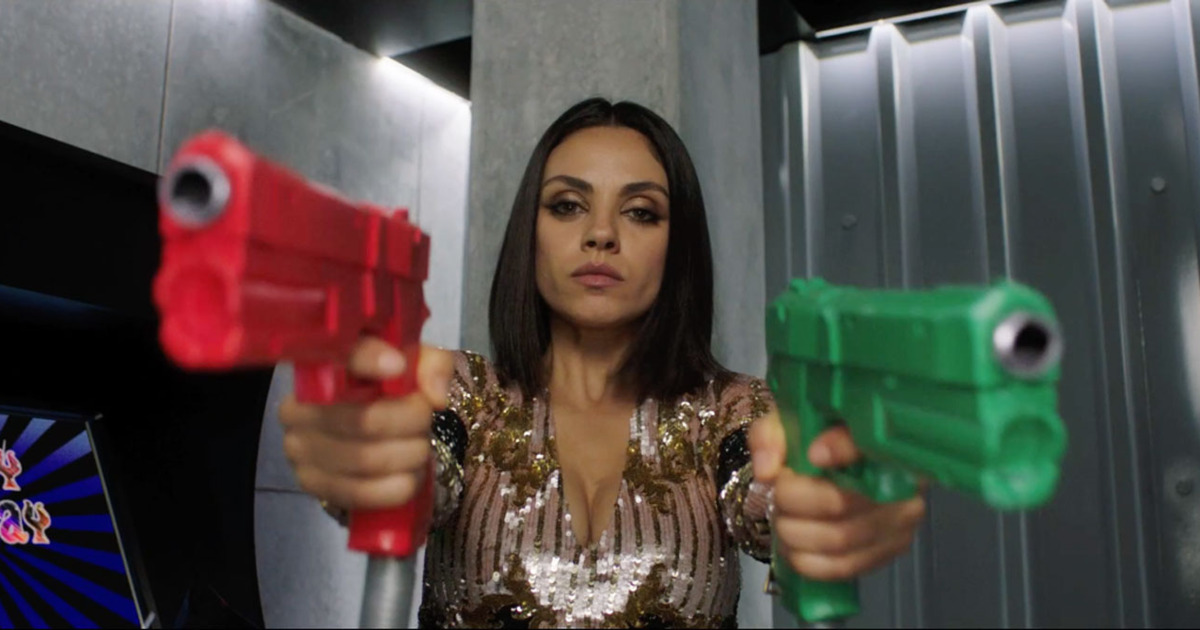 Let’s talk about the two leads, starting with Mila Kunis. Out of the two leads on this mission, she seems to be the one who wants to partake in it the least. At times, she’s apprehensive but she’s calm at other times. She does not seem to have as much fun as her sidekick, Kate McKinnon. And having seen Mila Kunis play other characters such as Meg from “Family Guy” or Theodora in “Oz the Great and Powerful” or Lori Collins in “Ted,” I just don’t think I want to, or will remember this character, Audrey, who she happens to play in “The Spy Who Dumped Me.”

Moving onto Kate McKinnon’s character, Morgan, I have to say the highest comment of praise I’ll give her is the amount of charisma her character provides. At times, it reminded me of why Kate McKinnon is my personal favorite female Ghostbuster. Keep in mind, I think all of the female Ghostbusters in the 2016 “Ghostbusters” film suck balls, but if I had to choose one of the Ghostbusters to pick as the one I hate the least, Kate McKinnon would get the trophy. Her lines are sometimes fun and add light to this comedy, but at other times they are a hindrance because the more I thought about them over time, the more awkward they became.

I know I said I gave praise to “The Spy Who Dumped Me” for some stellar action, and that praise still stands, but the fact is when it comes to most of the action, it’s not even in my brain at this point. The only thing I truly remember at this point is the opening sequence. It’s not like “Mad Max: Fury Road” or “Terminator 2: Judgment Day” or heck, even the recent “Mission: Impossible: Fallout” where there are multiple action sequences that I still have locked in my memory because of the enjoyment I have gotten out of watching them. I am not going to deny I had fun watching said action scenes which are not in my memory now, but it does not change the fact that the movie would be better had I remembered more action. 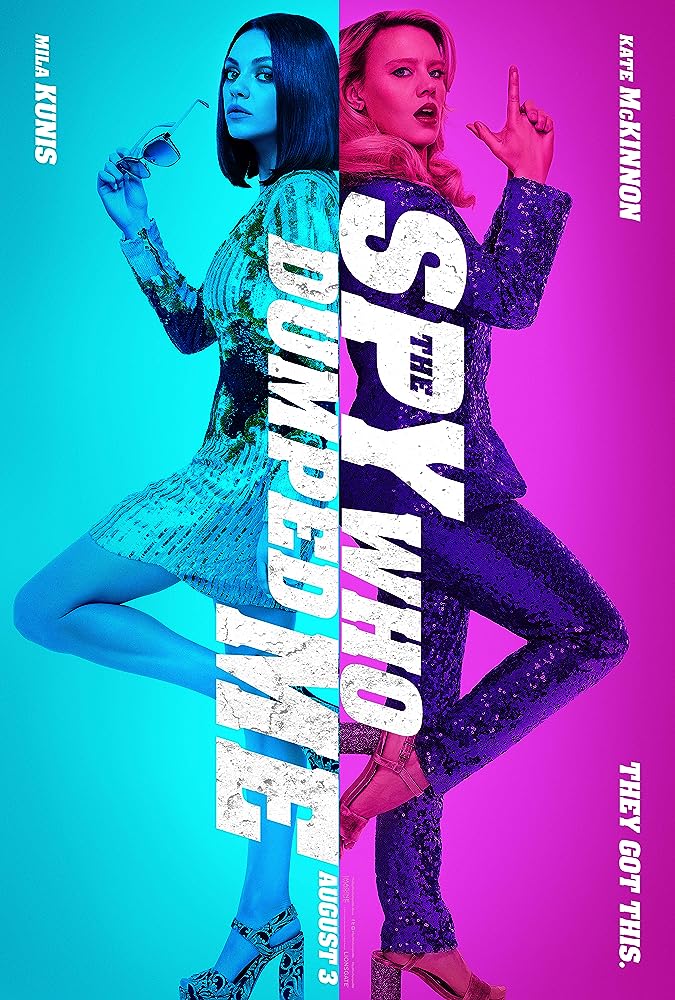 In the end, “The Spy Who Dumped Me” was pretty much as I predicted. Mediocre. Mila Kunis and Kate McKinnon have some good scenes and decent chemistry together. There are some laughs along the way, nothing that will make you slap your knees though. If you want a spy movie from this year to watch, go watch “Mission: Impossible: Fallout.” If you want a comedy from this year to watch, go check out “Game Night.” It’s on HBO right now so check it out when you can! I’m gonna give “The Spy Who Dumped Me” a 5/10. Thanks for reading this review! Last Monday I went to the movie theater to go see “Ralph Breaks the Internet,” meaning I’ll have my review for it up sometime soon. I just haven’t gone around to it because school likes to do things to me. Also, sometime maybe next week or the weekend after, I might be going out to see the movie “Widows.” I’ve heard good things about it, plus it is from director Steve McQueen (12 Years a Slave, Shame) so it must be good, right? I hope so! Be sure to follow Scene Before either with a WordPress account or email so you can stay tuned for more great content! I want to know, did you see “The Spy Who Dumped Me?” What did you think about it? Or what is your favorite thing on TV or as a movie that either Mila Kunis or Kate McKinnon happens to be in? Let me know down below! Scene Before is your click to the flicks!