“Marrowbone” is directed by Sergio G. Sánchez and stars George MacKay, Anya Taylor-Joy, Charlie Heaton, Mia Goth, and Matthew Stagg in a movie that starts as every happy-go-lucky story does, with the mother dying immediately. This mother’s death now leaves four children varying in age to take care of themselves. At the same time, this death has to remain in secret. If the secret gets out to the town lawyer, Tom Porter (Kyle Soller), it’ll be revealed that the new caretaker, Jack, the oldest of the children, has nobody in his home that is over the age of 21. This gives the alert that Jack, is illegally taking care of his younger siblings. That’s not all, because throughout the movie, they have to deal with a monster inside the house.

I bought this movie for $15 during my time at New York Comic Con, so why not watch it? Going into the flick, I was somewhat intrigued as to what I was about to see. I am not a complete and total stranger to the studio behind this movie, Magnolia Pictures, although in this case the studio label is Magnet. They made a movie that came out earlier in the decade, “Grand Piano,” starring Elijah Wood (Lord of the Rings, Happy Feet) and John Cusack (Better Off Dead, Say Anything), which I wholeheartedly admired. Naturally, while I wasn’t expecting to compare this movie to “Grand Piano” (different genres, different crew, etc), I did have some faith in Magnolia because their name is not as prominent as Disney or Sony, which for the most part, seems to be all about the money as opposed to quality. They operate on the more independent side of the spectrum, much like another prominent studio, which I honestly probably like a lot better than Magnolia, A24.

Another thing to consider is how good 2018’s movies have been so far, specifically in the horror genre. “A Quiet Place” came out in April and it was one of the most innovative horror flicks I’ve seen. What John Krasinski was able to do not only with as someone who had little materials to work with, but also as a first-time director is astounding to me. My favorite horror film of the year however, has to be, coincidentally, an A24 film. To be specific, “Hereditary.” Toni Collette better be nominated for an Academy Award, the cinematography was stylistically successful, and it is a truly wild ride.

“Marrowbone” is not as good as those two films.

Before the crew sends their pitchforks flying in the air, all the way to my house, let me just state, it’s good. 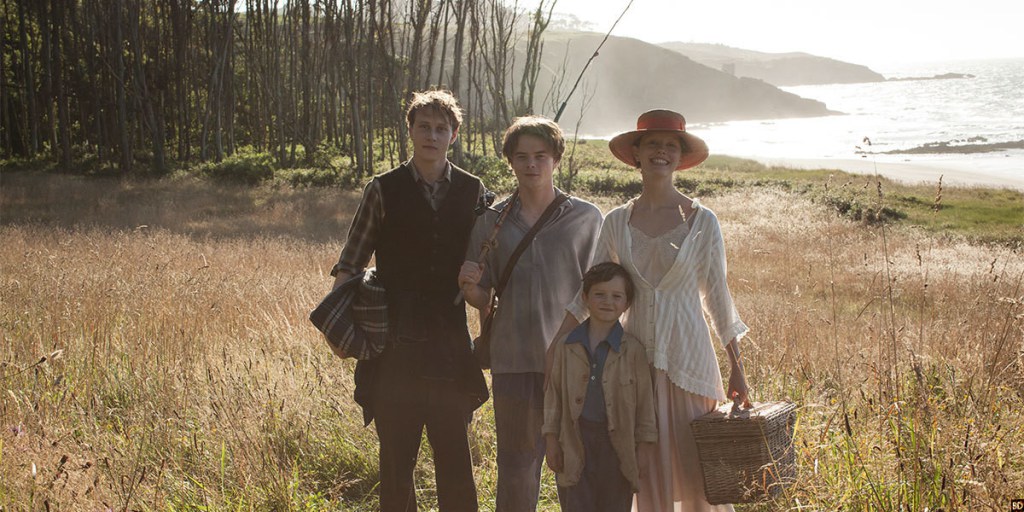 One of “Marrowbone’s” biggest strengths comes from the cast. The chemistry between all of the children is extremely believable, there’s even some chemistry between one couple I was able to buy into, and as far as everyone’s general acting ability goes, a job well done is in order. 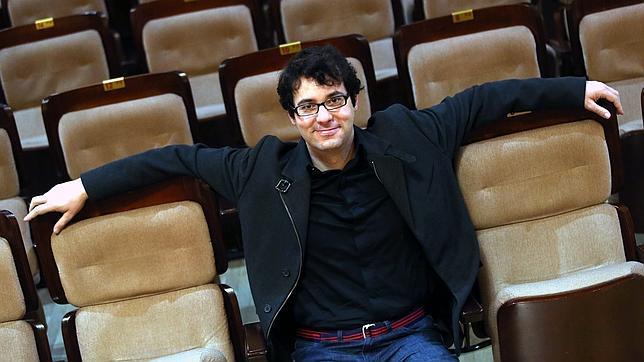 Another aspect I totally found myself getting into was the score. It’s been days since I watched the film from start to finish, but it somewhat reminded me at times of what Howard Shore did for “Lord of the Rings.” Since I seem to be spitballing Shore’s name right now, I’ll also give a shoutout to Fernando Velázquez for creating the excellent score for this very film. The score also manages to accommodate the stellar cinematography, most notably the land shots. Will this receive any Best Cinematography awards during the upcoming season? Hard to tell, this movie didn’t make much money during its limited release and it is not even out on digital yet.

When it comes to the main characters, the oldest of the siblings goes by the name of Jack. He is the one responsible for hiding the family secret throughout the whole runtime. While there are moments in the movie where I do side with him, while there are moments where I do root for him, there’s also this thought that I’m currently having in my mind that is trying to get me to gather all of my other thoughts about him. Jack is a likable, although slightly unmemorable character. Then again, it’s not as easy for him to stand out when you have a young kid in the mix who occasionally serves as comic relief.

By the way, that young kid’s name is Sam and he is played by Matthew Stagg. Out of everyone in the film, I gotta say that he delivers the best performance. No, he is not the next Jacob Tremblay, he is not the next great child actor to be remembered for eternity (might need to see more work before my ultimate verdict on that though). I also got to give credit to the writing for the movie because some of the character’s most notable lines are pretty much what the audience might as well be thinking. He is curious, he is suggestive, and he is charming. Having seen Matthew Stagg perform as this character, I can’t imagine anyone else playing him.

Also, I can’t go without mentioning that this is a horror movie and there are supposed to be some scares in this thing. The scares are there, but I feel like maybe they could have been taken up a slight notch. I wasn’t really genuinely terrified by what I’ve witnessed. However I must say I will say that the monster this movie seems to heavily revolve around is very well done special effects-wise. Nice work! The scares are not horrible, but they are also not as memorable or outstanding as I’d hope they’d be.

In the end, I don’t really have much else to say about “Marrowbone” because everything else I really do have to say is in spoiler territory, and if I actually had the ability to remember more of the movie, I would be talking about it more. Again, it’s not a terrible movie. It could be some decent background noise on Halloween, but there’s not really much more credit I can give to it other than that. Well, maybe except the production value, that is excellent. Also, I must say, another factor that makes me think this is worth a second viewing is that there is a 4K Blu-ray for this. By the way, I used that for my review. So I guess that copy is a hearty $15 well spent. Perhaps this movie would also get the same verdict I gave to live-action “Ghost in the Shell” last year. It’s not a fantastic movie, but if you want a movie that can show off a new giant TV, this wouldn’t be a bad pick. Especially when you consider there’s a 4K edition of it available. Maybe part of my lack of remembrance towards “Marrowbone” has to do with my review coming days after seeing the movie, as opposed many of my other reviews which traditionally are posted in much less time compared to when I finished the movie. So in that case, maybe some human error applies to this. I’m going to give “Marrowbone” a 6/10. I have a strong feeling this grade could go up in the future during a potential rewatch, but for now, this verdict stands. But still, going back to the beginning, 2018 has been one of the best years for movies I’ve ever seen. By far the best year for movies since I started Scene Before. The good movies this year have certainly outweighed the bad. There were a number of all timers like “Avengers: Infinity War” and “Won’t You Be My Neighbor?.” Even some of the stinkers this year couldn’t rival some of my worst movies of the past couple of years. Maybe “The Hurricane Heist” sucked, but it was certainly better than “The Space Between Us.” Melissa McCarthy’s “Life of the Party” took every ounce of life I had and set it on fire, but it was not as bad as that 2016 “Ghostbusters” movie she starred in. “Marrowbone” is a slightly forgettable movie, but it still gets a 6 from me. Well done.

Thanks for reading this review! I just want to say to everyone reading this that I wish you all a Happy Halloween and good luck avoiding teepees, eggs, and most importantly, police officers telling your kids they are too old to trick or treat. Speaking of treats, this weekend I’ll be my making 4th annual trip to Rhode Island Comic Con, and I’ll be documenting all of the craziness that is bound to go down. I should also have you all know that it is my birthday weekend, so hopefully, I can beg somebody to give a free autograph or photo. Cons are not cheap! Also, there’s a movie theater not far from me in the area, so if I have the time, maybe I’ll catch something there. I’m well aware that this weekend is the release of “Bohemian Rhapsody,” one of my most anticipated movies of the fall. And no, I’m not reviewing “The Nutcracker and the Four Realms” (depending on how many requests I end up getting)! Maybe if I want to torture myself I will do such a thing, but for now, I’m staying away! Be sure to follow Scene Before with a WordPress account or email so you can stay tuned for more great content! I want to know, did you see “Marrowbone?” What did you think about it? Or, since it is Halloween, what is your favorite horror movie? Let me know down below! Scene Before is your click to the flicks!