“Bohemian Rhapsody” is directed by Bryan Singer (X-Men, Jack the Giant Slayer) and stars Rami Malek (Night at the Museum, BoJack Horseman) and is about the story of Queen and its singer, Freddie Mercury. We get glimpses into the formation of Queen itself, Mercury’s personal life, and how the band went on to become the huge success and inspiration powerhouse that it is. 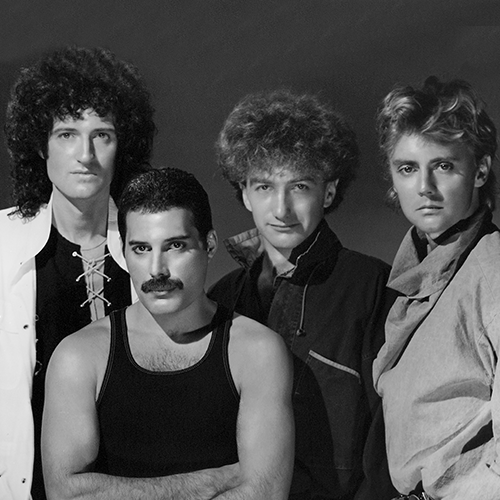 If you ask me what my favorite genres of music are, chances are that one of my answers would be rock. Queen formed during a time of rock and roll bands being pretty much in their prime. As we look back on them today, they’ve helped shape the genre with iconic beats, lyrics, and how their music has blended into our pop culture. One of my all time favorite scenes from a comedy that’s not necessarily funny is the pep rally scene during “Revenge of the Nerds” where “We Are the Champions” is playing as the nerds achieve victory against the jocks. One of my favorite songs that I often don’t typically quote as being a favorite song happens to be the movie’s title, “Bohemian Rhapsody.” There so many elements to that song that separates it as its own thing whereas all the other songs follow a certain formulaic rhythm. While some may consider songs not following a rhythm a giant flaw, “Bohemian Rhapsody” manages to make such an odd quality work extremely well. Speaking of which, the creation of this song basically highlights something I’ve noticed while watching this movie, and something that I often think about when it comes to the movie industry.

One of my favorite movies of all time is “Blade Runner 2049.” Much like its predecessor, it failed at the box office. As far as the domestic total goes, it didn’t make its budget back. One reason behind this is probably likely due to the movie’s runtime coming in around two hours and forty-three minutes. There’s a part of the movie where we see “Bohemian Rhapsody” coming to life, and the executive is basically denying permission to let the public hear the song. Queen’s band members think their song is nothing short of a masterpiece, but as we all know, corporations are about money. This is where the phrase “time equals money/money equals time” comes into play. The executive thinks the song is too long, six minutes to be specific, which leads to a fantastic sex joke by the way. When it comes to “Bohemian Rhapsody,” I assume a lot of people can look at a song like that today and say that it was created with a purpose to stand out from other songs. This is why I think modern music sucks. Most of the modern music I hear, especially those songs that play on loop on the radio for all of eternity, all seem to have similar patterns or formulas. It’s almost as if every song is an obvious remix of each other. Oh yeah, and with most modern music, technology has basically ruined a lot of it. Moments like this shows that it is sometimes OK to take risks and throw money out the window for the chance of an everlasting success. In terms of scenes, this was most certainly the highlight of the movie for me. As far as characters go, it’s gotta be Freddie Mercury.

Freddie Mercury is played by Rami Malek, but in reality, to say Malek “played” Freddie Mercury is a bit of understatement. In my book, Malek transformed into Mercury. In terms of singing, it is a slight disappointment that Malek is lip-syncing, but at the same time, I can’t help but praise him for everything else. Everything from the mannerisms, the moves, and while this may be more of a compliment towards costume design, I have enormous praise for the outfits he’s got on. As far as his performance goes, I don’t know if it will win him an Oscar, but he certainly comes close as far as this year is concerned. In fact, I will admit, funny enough, when it comes to my overall knowledge of Queen, the way I view Freddie Mercury’s performance in this film is somewhat similar to how I view Queen in general. I for one definitely know Freddie Mercury and who he is. The other band members, I don’t really know their names, so why should I give a f*ck? That’s not to say that they aren’t good in this movie. All of their actors have done a great job at delivering effective performances, but they don’t stand out that much compared to Malek’s. Then again, that could be because “Bohemian Rhapsody” is more of a Freddie Mercury movie than anything else. Sure, it has Queen. Yes, it has songs from Queen in it. Although it gets through the life of Freddie Mercury in terms of seemingly important plot points. And the more I think about it, it does make sense, the only original member of Queen to have passed away was Mercury himself. Not to mention, the marketing seems to make the movie a lot about Mercury. In the first trailer for this film, it explicity states in text form: “The only thing more extraordinary than their music is his story.” Boom, now you know it’s a Freddie Mercury movie. I will say though, this brings me to some slight confusion about the title. I know Freddie Mercury sings “Bohemian Rhapsody,” but in reality, it is a QUEEN song, executed by multiple members. If you really wanted to smack-dab a sticker on this movie saying “THIS IS UNARGUABLY A FREDDIE MERCURY STORY,” just call it “Mercury.” Sounds kind of epic if you ask me. The more I think about the “Bohemian Rhapsody” movie, the more I think about Freddie Mercury. The other members of Queen just aren’t sticking out to me. It would be like the 2004 movie “Ray.” What’s the movie about? Ray Charles. Granted when I think of Ray Charles, I don’t think of any particular band, but still, if you are going to have your movie revolve around maybe one character as opposed to a band, take my suggestion into consideration. I’m not saying “Bohemian Rhapsody” is a terrible name. It’s an awesome name no matter where you slap it. Not to mention, for a movie like this, it’s still more than marketable. As far as any other performances go, the only one to me that truly stands out is Mike Myers (Shrek, Austin Powers) as the executive I talked about earlier.

If there was one big criticism I had with the movie however, it is some of the writing. This movie is obviously going for some Academy Awards, but I think screenplay is not one that will be achieved. While most of the writing is actually pretty decent, there are a couple of moments I just wasn’t able to believe. These moments just felt rather Hollywoodized. Granted, it’s a movie, and not everything has be crystal clear to reality, but these moments just felt like something I wouldn’t be able to believe. If this movie were pure fiction or a fantasy than maybe I’d buy into a couple of these moments I’m talking about, but I just don’t buy them here. Other than that, I’d say “Bohemian Rhapsody” is a fine movie and certainly worth watching in the theater. If you thought watching “A Star Is Born” is awesome in the theater, it might become somewhat obvious that watching “Bohemian Rhapsody” in the theater would have a similar effect.

Speaking of the theater, I want to go back to what I said earlier about the production of the “Bohemian Rhapsody” song. One of the complaints the executive had in the movie is that the song goes on forever. Let’s face it, a movie about Queen and Freddie Mercury is very likely something people would go out and see. And to prove it even more, IT BEAT A DISNEY MOVIE on its opening weekend. That same weekend by the way, it made less than a million dollars under its overall budget in the US alone! This film is two hours and fourteen minutes long. I wouldn’t consider this film to be a “long” movie, but once I walked out of the auditorium, I heard someone’s conversation calling the movie a bit long as far as they are concerned. I managed to find it hilarious, and maybe a little less than satisfying, to discover that the story to the “Bohemian Rhapsody” song would actually apply to the results of the “Bohemian Rhapsody” movie. To me, this movie reminded me of why I usually choose to enjoy every little moment of what I watch, as opposed to putting my head down waiting for the third hour to pass.

In the end, “Bohemian Rhapsody” had the exhilaration of a concert and at times, the joy of looking at a wax museum. Rami Malek shines as Freddie Mercury. The cinematography really immersed me into the story. The concert scenes were wild and fun. The costume design also deserves tremendous kudos. Is it a little over the top? At times, sure. But it doesn’t take away from the true spirit of Freddie Mercury and Queen itself. “Bohemian Rhapsody” is definitely worth your time, especially for a watch in the theater. I’m going to give “Bohemian Rhapsody” a 7/10. One last thing before I go, when I saw this movie, I witnessed it at an IMAX, and those theaters have given me some of my all time best experiences, but this time the trailers were playing and all of sudden the footage stopped and we were staring at a green frame for maybe five minutes. I have never had so much fun with a movie experience going wrong in my life. Thanks for reading this review! Please stay tuned for more content coming down the road because sometime soon I will be posting my thoughts on this year’s Rhode Island Comic Con! I’ve gone for the fourth year in a row, had a great time, and as someone who has gone for multiple years, I am excited to point out something that has probably been done differently than years before that counts as a complaint from the years prior that has now been somewhat resolved. Those of you who attend the con might know what I’m referring to. Without giving any hints, I’d just like to remind everyone to follow Scene Before either with a WordPress account or an email so you can stay tuned for more great content! I want to know, did you see “Bohemian Rhapsody?” What did you think about it? Or, what is your favorite Queen song? Let me know down below! Scene Before is your click to the flicks!