I bought this movie on Blu-ray when I was in Connecticut, and while I can say that for the most part, I didn’t go in expecting all that much, I was just hoping to have fun. The marketing for this movie made it look bad, but the kind of bad that I imagine you’d want to see. Appropriately, the advertising had “Rock You Like a Hurricane.” I was just like, alright, let’s embrace the stupid. Unfortunately, I couldn’t, because this movie was just too boring. Sure, you’ve got an epic storm. But there is NOTHING ELSE of interest! I felt like I was watching the most boring episode of Bob Ross’s “The Joy of Painting.” In that episode, you don’t watch Bob paint, you watch paint dry. I was watching this late at night, and I still remember shouting “BOOOORING!” four or five times throughout this piece of crap!

What’s so boring about it? You don’t like any of the characters! The casting is wrong on so many levels! The writing is unrealistic! And I even think some of the dubbing is a fail too! When I saw who was directing this film, I knew this was not going to be a masterpiece, but this was so much worse than I originally thought it would be. I say that because having viewed some of his work, his movies can kind of fall into a guilty pleasure category. If you’ve never seen “xXx,” I will say that it’s not really a good movie, but Vin Diesel is believable as Xander Cage, he has charisma, Samuel L. Jackson’s pretty good, and you’ve even got some neat one liners. I love the line, “Don’t be a dick, Dick.” This movie has no humor, it’s too serious and almost feels like there is no passion put into it. Also, let’s be honest, with a title like “The Hurricane Heist” and considering what goes down in terms of story, doesn’t this sound like a pitch movie?

It’s a heist film, with a hurricane! It’s a disaster film, with a heist! We’ll put in tons of CGI just to have something the audiences can look at! IT’S GONNA BE GREAT! 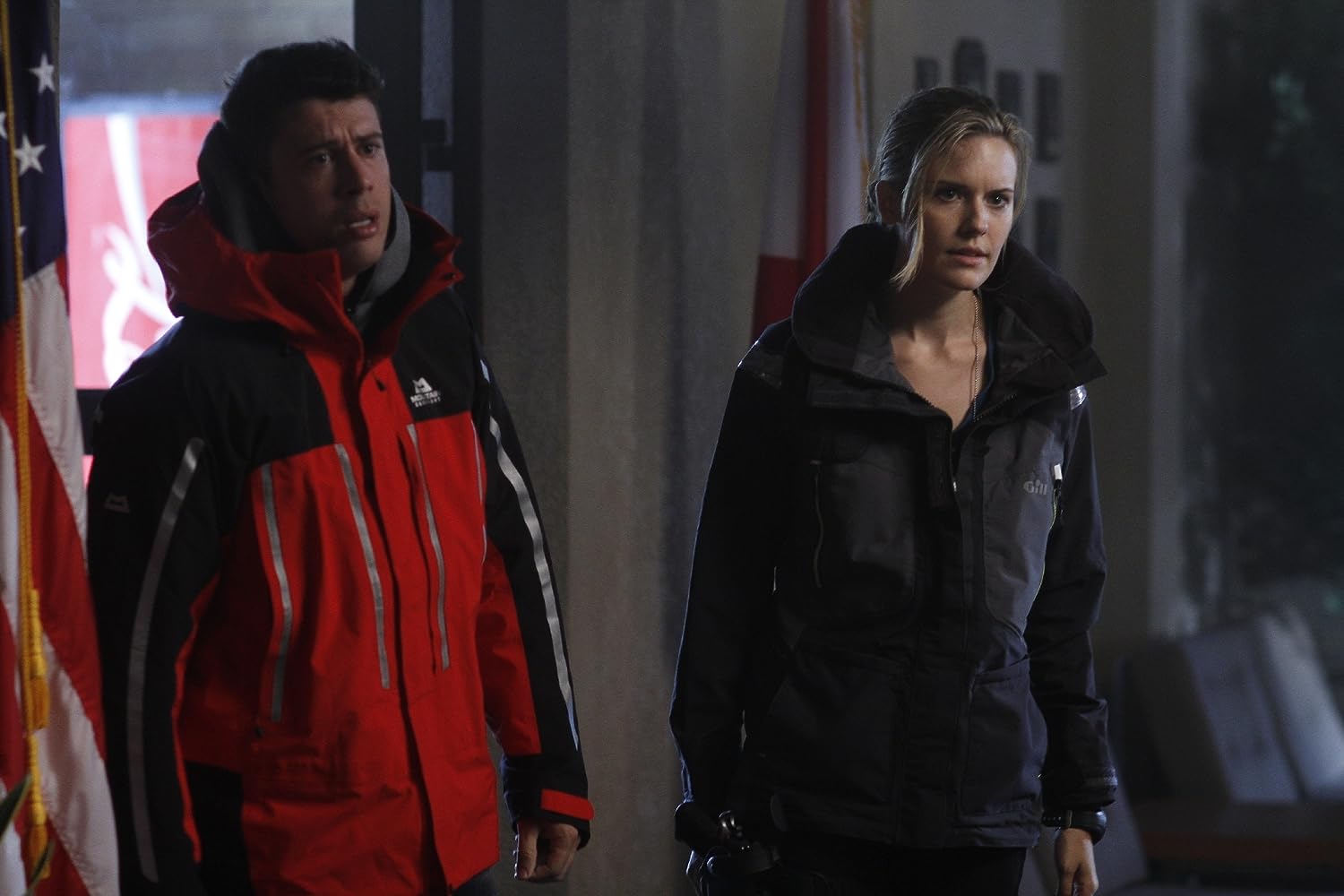 Let’s talk about Toby Kebbell in this movie. When it comes to Toby Kebbell, he plays a guy named Will, and what I have to say about his character is what can pretty much be said for everyone else’s characters. All of them suck, they have no personalities, not even their quirky southern accents could have saved this movie. Toby Kebbell just lacks wanted depth and charisma, sure we get a look at his backstory at the beginning of the film, but you just don’t end up caring about him, just like any other person in frame. His sibling rivalry with Breeze which we were introduced to during the film’s beginning is brought up one other time. Let me just back that statement up for a sec though, Will has a brother named BREEZE. What the hell?! Who names their kid Breeze?! I mean, I imagine there are some Breezes out there, but I’m sorry for everyone who has to live with such an unfortunate reality of a name you literally have to breeze through! It would probably be more believable if someone ends up naming their kid Jolly Green Giant. What kind of f*cked up situation would lead to that, I don’t know, but at least the name would sound AWESOME compared to Breeze. Also, I feel bad for Toby Kebbell, he played Dr. Doom in “Fant4stic,” he was in “Warcraft,” and now this! Not a good track record if you ask me!

As you can see in the image above, Maggie Grace’s character is there, but I’m not gonna talk about her! This movie doesn’t deserve such a thing! Now let’s kill the rest of it with thunder and lightning. 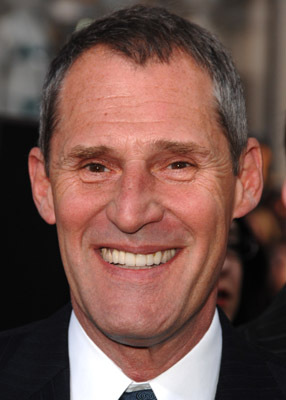 Although there’s one character I want to breeze over, and no, it’s not who you think it is. I want to talk about the character of Dixon, played by Ben Cross. I’d say that just about everyone in this movie is miscast, but Ben Cross sticks out like a sore thumb. If you watch this movie and observe Dixon, he almost comes across like a douchebag character The Rock would play when he still had hair and Director Krennic from “Rogue One: A Star Wars Story!” I don’t know how to describe it without cringing! It was like I was watching a cartoon!

I know I said this movie was boring, and sometimes saying that is an understatement. But I also gotta talk about how much of a disaster this is too. I know it’s a disaster film, but you probably get my point. And while we’re on that topic, another film I saw earlier this week was “The Last Sharknado: It’s About Time.” This movie not only had the absolute boredom I encountered while watching “Transcendence,” you guys remember that film where Johnny Depp played a computer? But I’ll also add this has the s*itty effects and stupidity of “The Last Sharknado.” And I will give this movie something, when it comes to stupidity, this movie is better at being stupid and fun than compared to “The Last Sharknado.” There’s this one sequence where it’s all very threatening, someone could get hurt, they could get shot, they could die, then suddenly we see breaking glass quickly rising into the atmosphere! I lost it at that scene, I was DYING laughing!

And this does bring something up, I’m not old enough to drink yet, and I probably never will drink. But let’s just say I’m at a party with my friends and there’s alcohol, I decide to put on “The Hurricane Heist” just for s*its and giggles. All of the moments where I’d endlessly be bored, I’d probably just end up appreciating everything and laughing my ass off. It’s almost like I’d be watching “The Room” at that point!

And this boredom factor that’s applied to the movie, it’s just sad that it’s there. Because I imagine that I could probably get through this movie with s*itty characters, maybe there’s some cool hurricane action. No, all of it was boring. Part of me felt dumber after watching this, I just don’t know if I could end up recommending this movie to anyone unless they have the right amount of alcohol.

In the end, “The Hurricane Heist” was as tough to get through as a natural disaster. I don’t even know how I survived this movie. There are a lot of movies I see that I want know how they did something in that movie. For example, I just saw “Mission: Impossible: Fallout,” I wanted to know how they did the helicopter sequence. Similarly, I wanted to know something about “The Hurricane Heist” as well. I wanted to know how it got made. I mean, how did this come to fruition? Which cigar-smoking studio executive thought this would work? This wasn’t even fun, it was just a drag. It had the pacing of C-SPAN and it lacked the guilty pleasure-like fun of “xXx,” a movie that this film’s director actually worked on! Also, the ending is one of the most abrupt I’ve seen in recent history. I don’t think I’ve seen an ending that abrupt since either “The Circle” or “Transformers: Dark of the Moon.” Luckily this post doesn’t end here, because I still need to give a verdict. I’m going to give “The Hurricane Heist” a 1/10. I will say though, despite my 1, this movie could be worse. It might be fun if you’re drunk with friends, but I was sober, so my brain just felt like it was taking a nap while I was trying to get the rest of my body to stay awake for over an hour and a half. Thanks for reading this review! Pretty soon I’m going to be doing a review for “Love, Simon” which I just bought on Blu-ray so look forward to that very soon. Be sure to follow me here on Scene Before either with your email or your WordPress account and be sure to stay tuned for more great content! I want to know, did you see “The Hurricane Heist?” What did you think about it? Or, what is a movie that looked like a guilty pleasure at first glance but turned out to be a piece of crap? Let me know down below! Scene Before is your click to the flicks!