Hey everyone, Jack Drees here and welcome to an all new series of reviews! Today we are going to be starting my Tom Cruise series. Why? On September 29th, “American Made” comes out in the United States, so before that film releases, I’m going to talk about three of Cruise’s prior films. Now before we dive into the first review of the series, let’s talk a little about Tom Cruise. If you ask me, I think Tom Cruise is a fine actor. You may know him nowadays from big action flicks like “Mission Impossible,” “Edge of Tomorrow,” and “Jack Reacher.” You may know him from a bunch of other films like “Collateral,” “The Outsiders,” and “Cocktail.” The man’s been nominated for three Oscars, he’s also been nominated for seven Golden Globes and ended up winning three of those seven. Today we’re gonna talk about a movie starring Cruise which gave him one of his Golden Globe nominations, he hasn’t won that one, but he was nominated. What film am I talking about? I’m talking about “The Last Samurai.” This movie came out in 2003 and it has been nominated for four Oscars, three Golden Globes, and it was AFI’s Movie of the Year. So what did I think of this? Read to find out!

“The Last Samurai” is directed by Edward Zwick, director of “Glory” and “Legends of the Fall” and stars Tom Cruise, Ken Watanabe (Inception, Batman Begins), Billy Connolly (The Boondock Saints, Timeline), Timothy Spall (Chicken Run, Secrets & Lies), Tony Goldwyn (Ghost, Tarzan), and Hiroyuki Sanada Koyuki (The Wolverine, 47 Ronin). This film is about the birth of modern Japan, an American military advisor is in Japan, while he’s there, he embraces the Samurai culture. 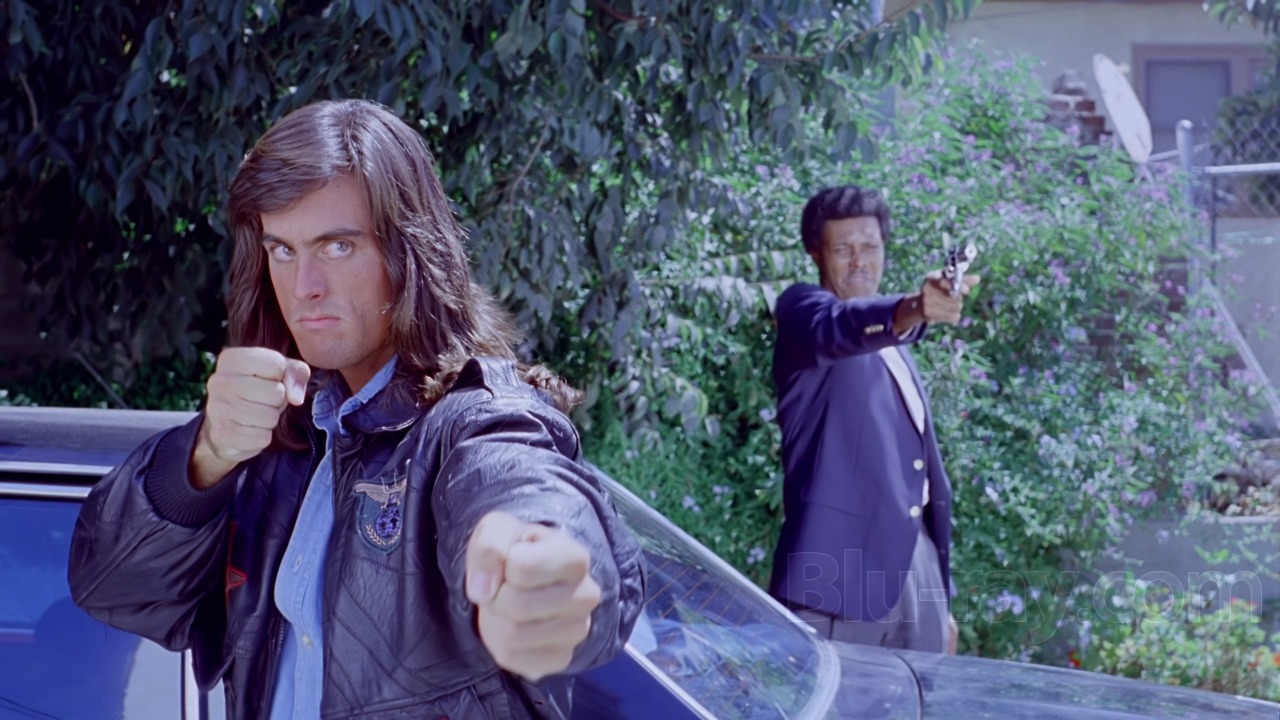 Now I’ve watched other movies involving Samurai before, well sort of, have you guys ever heard of “Samurai Cop?” That so-called movie from 1991 that went straight to VHS? If you haven’t, it’s a movie about two cops who think they’re in “Lethal Weapon,” by that I mean they resemble Mel Gibson and Danny Glover, and they have to stop a bunch of drug dealers. What’s my problem with “Samurai Cop?” Well, pretty much everything to be honest, but one big problem is despite being called “Samurai Cop,” there’s almost nothing Samurai-esque in the movie, it’s more your traditional chases you’d see in modern-day movies, only these chases are the movie equivalent to vomit. Luckily for the “The Last Samurai,” this movie is nothing like that at all. This movie takes place in the late 19th century, and the Samurai culture itself was vanishing. I’m gonna give you some of my positives concerning this movie.

The first positive I’ll give to you is that the action in this movie was awesome. During the moments which we see massive battles it never feels bloated, it is pretty engaging, and I’ll even say the action that technically isn’t action was pretty cool to watch as well. What do I mean? Two people are swordfighting and it’s more like practice than an actual battle. I will say though, watching the big battle which you see at the end of the movie, kind of reminded me of “Braveheart,” not to say that was something that degrades the movie, it’s actually a compliment. This movie did feel like “Braveheart” at times as a whole. By that I mean it’s a good movie, but I felt I needed to pause at times. Then again, the weekend I watched this was the first weekend I had since going back to school, so whaddya know? 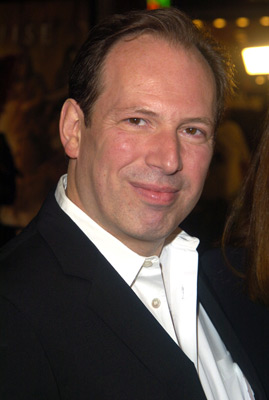 Another positive at times was the score. If you weren’t already aware, this movie was scored by Hans Zimmer. Before this movie, he scored “The Lion King,” “Mission: Impossible II,” and “Pirates of the Caribbean: The Curse of the Black Pearl.” After this movie, he did “The Dark Knight” trilogy, “Sherlock Holmes,” and my favorite movie score of all time, “Interstellar.” Here in this movie, his score suits the atmosphere of Japan and the movie itself. It displays the right moods at the right times, and I’d definitely listen to it sometime if I have nothing better to listen to. Also, I’ll remind you this guy went on to compose the “Kung Fu Panda” trilogy, so this isn’t the only Asian type movie he’s composed for. By the way, the music in those movies is pretty great too.

Now let’s talk about Tom Cruise. He plays a character named Nathan Algren. When comparing this to other Tom Cruise performances I’ve seen, this one is rather unique. This is because when I watch other Tom Cruise movies like “Mission: Impossible” or “Edge of Tomorrow,” I think what I see from Tom Cruise delivered in those movies happens to be pretty good, but I might also think to myself, that’s Tom Cruise. Here, he was a completely different character. Sure, he wasn’t Japanese, but he played someone who doesn’t always make you think, “Oh, that’s Tom Cruise.” Granted at times, I did actually think that, but I already knew beforehand that Tom Cruise was in this movie.

One of my biggest problems with the movie is that the supporting characters are rather unmemorable, I don’t recall who they are, I don’t remember any of their names, anything like that. I remember some of them being in engaging scenes, but chances are I won’t remember a majority of them soon. I will say though, this is my first time watching “The Last Samurai,” maybe if I watch it again, I’ll become more invested in the supporting characters and get to know them a little more.

One of my personal favorite parts of the entire film was the scene when Tom Cruise gets in front of a target and forces a Japanese soldier to fire at him. This isn’t a battle, it’s more like an exercise. He’s telling the Japanese soldier to shoot him, and he’s also telling him to quickly load his weapon, he’s yelling strictly, and it’s really compelling to watch. If you want to watch it, the clip is displayed above. Overall, in terms of acting and writing, this is one of my favorite scenes in a Tom Cruise movie.

As I was researching this movie on IMDb, I came across some information worth sharing. This movie was directed by Edward Zwick and I gotta give some credit where its due. Why? The movie takes place in Japan, and it was generally well received over there. One viewer, Tomomi Katsuta, of “The Mainichi Shimbun,” a major Japanese newspaper, said that Zwick did his research, cast well-known Japanese actors, and consulted dialogue coaches in order to avoid confusion between casual and formal Japanese speech. The only problem he had with the movie is the storybook feel it had. Japanese viewers such as the one suggested here, thought of the Samurai as more corrupt. Despite flaws being picked up overtime, it’s nice to see this sort of reception for a movie like this. In a world where we got a movie called “Gods of Egypt” years later, a movie that has pretty much not one Egyptian actor in the entire runtime, it’s nice to see a movie like this.

In the end, “The Last Samurai” wasn’t as good as I was kind of expecting it to be, but that doesn’t mean it was bad. A lot of people praise this movie, in fact there’s a significance with this movie when it comes to the day May 26. If you didn’t know, the movie’s final battle takes place on May 26, which is a reason why people watch the movie on May 26. Think of it as “Star Wars Day,” only you have less content to choose from, and instead of being on the fourth of May, it’s on the twenty-sixth of May. Overall there were many aspects I was able to appreciate and while I don’t think I’ll be popping the disc in again anytime soon, I’m glad I watched it. I’m gonna give “The Last Samurai” a 7/10. Oh yeah, just a fun fact. I actually bought this movie used on Blu-Ray and its original cost was $3.99 (before taxes), but the store had everything 25% off since it was moving, so ultimately I got this for just a little over $3. That’s a good deal considering how revered this movie is by many people. Thanks for reading this review, I should let you know in at least a couple of weeks from now I’m planning on reviewing “Kingsman: The Golden Circle,” and just to let you know I’m not gonna review “Kingsman: The Secret Service” beforehand, so get that out of your mind now if you’re thinking that. 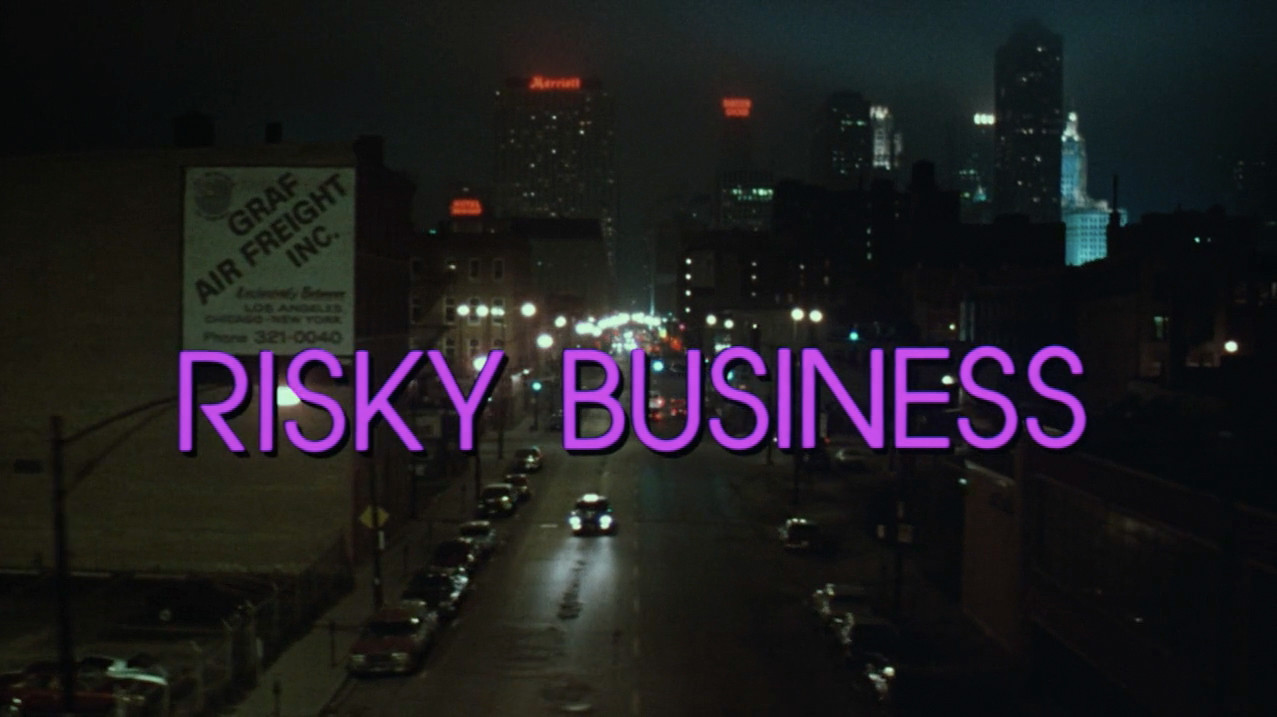 Next up in my Tom Cruise review series I’m gonna be talking about the movie “Risky Business,” I actually already started my review on that, I’m not finished, I still have to rewatch it in order to get everything I need out of it. That review will be up on Monday, September 18th so keep your eyes peeled. Stay tuned for that review, along with more reviews! Scene Before is your click to the flicks!