Hey everyone, Jack Drees here. Today we’re gonna talk about the DCEU, otherwise known as the Detective Comics Extended Universe. As you may already know DC is building their own cinematic universe much like how Marvel is doing so. The movies in this series which have been released so far include: “Man of Steel,” “Batman v. Superman: Dawn of Justice,” and “Suicide Squad.” There are more along the way, and I’m about to discuss some news concerning one of these movies. So far, every film released in the DCEU with the exception of “Suicide Squad” has been directed by the same guy. That guy I’m referring to is Zack Snyder, who you may also know as the director of “300” and “Sucker Punch.” All the films which have been directed by Snyder in the DCEU have been controversial in terms of quality. “Man of Steel” divided a lot of moviegoers and when it comes to “Batman v. Superman,” the same can be said for that. Also for that movie, it seems to be evident that the movie has some die-hard fans which happen to be average moviegoers, whereas critics just want to bash the title to death. Just look at Rotten Tomatoes, the statistics say that the percentage of critics who liked the film is 28%, as opposed to the 63% of audiences who happened to like it. This guy is also directing “Justice League” which comes out on November 17th, which I am excited for but slightly worried about.

One thing that concerns me about Zack Snyder is that as a director, he comes off as a guy who is more focused on style as opposed to substance. Now, I will say, I somewhat appreciate the dude’s dedication towards style, why would you want a ugly looking movie? Although having seen some of the guy’s other work and a recent trailer for this upcoming film, it’s almost as if Zack is gonna ignore the overall story of the film. Now, I will admit, pretty much the entire climax of “Batman v. Superman” was one of the most aesthetically pleasing moments I’ve seen from 2016 films and perhaps from cinema in general, however in a film where a bunch of heroes unite and fight together, story is something that should be at least a minor concern. My suggestion is: Get the heroes together, have them fight a certain villain, the world is saved. Very basic, I know, but that’s the first thing that came to mind. 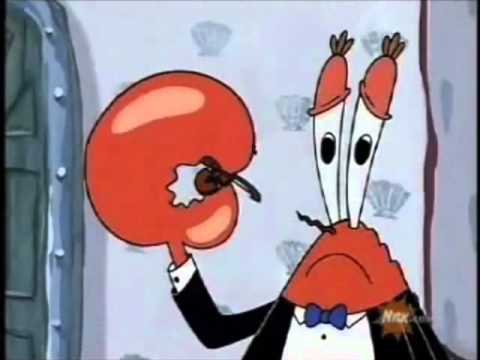 Let’s get into some sad news, actually, you know what? Before we do that, I’m gonna set the mood. Let me play a song for you on the world’s smallest violin. I’m just gonna go find it first.

Man, my room’s a mess. It’s so messy, the violin must be hiding around some of these crumbs on the floor. Now where the heck is it?

Nope, not here either.

My sister has a violin in here, but I don’t want to destroy it. It’s like if Bart took Lisa’s saxophone on “The Simpsons.”

Where is it? Come on little buddy, I know you’re hiding somewhere.

OK, this isn’t funny! I usually keep my teeny-tiny violin on the messy floor in my room! Who took it?!

This is a joke! It’s not here!

I don’t know why it would be in here, but why not check here?

(After) Well, screw everything. It’s not in there, I literally shoved my hand as far as I could in the toilet just to see if it was there! Ugh!

*STARTS WALKING DOWN THE STAIRS*

Where the flying f*ck is this thing?!

*GOES BACK UP TO ROOM*

Zack Snyder has a daughter named Autumn, unfortunately, that use of the word “has” must now convert to “had.” It turns out that the daughter committed suicide. Apparently the suicide occurred in March, something I actually had no idea about at the time, but still, it happened. Because of this, Zack Snyder is stepping down from the “Justice League” project. First off, I’m sorry for his family and I hope the daughter rests in peace. Second, let’s talk about his replacement.

Recognize this guy? No? Well, if you’re a nerd and you’re familiar with certain content, and don’t know who this guy is, you’re gonna love him once you hear his name. Ladies and gentlemen, here we have Joss Whedon. What is he famous for? He wrote and directed every single episode of “Firefly,” he wrote and directed for “Buffy the Vampire Slayer,” and he’s also the director of “Avengers” 1 & 2 in the Marvel Cinematic Universe.

The fact that Joss Whedon is actually taking on this project is actually not a bad move. The concepts of “The Avengers” and “Justice League” are similar. Get heroes together, have the fate of the universe be something at stake, go out and kick some ass. I don’t know how much Zack has left to do. I hope Whedon doesn’t go out and reshoot anything unless he has a very coherent plan behind it. Remember what happened to “Suicide Squad?” Also, maybe Zack can give some tips in order to have the film look stylistic while at the same time be story based.

Just to add something in here, I have a fun fact for you all. Joss Whedon is also directing another upcoming film in the DCEU. That as a matter of fact is going to be a “Batgirl” movie. I haven’t really looked into Batgirl’s backstory all that much but Whedon is a respectable director, I haven’t seen all of his work, but I’m willing to see whatever he wants to bring to the table.

Also, one question that was on my mind for a while concerning this upcoming “Justice League” movie is this: Considering how we already have “The Avengers” as a movie, how similar will this movie be to that movie? A concern I have from Joss Whedon stepping in is that he might be taking on a film too much like “The Avengers” and stealing a lot of elements of that film. Maybe it could work, I don’t know, but it’s still a concern to me. Just so you’re aware, he’s not the only guy from a Marvel comic-based movie that is involved with this project. JK Simmons, who actually played J. Jonah Jameson in Sam Raimi’s “Spider-Man” trilogy, is playing Commissioner Gordon in this upcoming film.

Now I want to know from you guys, what are your thoughts on Joss Whedon taking over “Justice League?” Do you think he’s a better fit for this than Zack Snyder? Let me know in the comments! Speaking of upcoming DC content, the new “Wonder Woman” movie comes out next week, which is actually my most anticipated film of the year, so I hope to maybe see that the Thursday night it releases and immediately send a review out to you all! Stay tuned for more reviews and other great content! Scene Before is your click to the flicks!