Hey everyone, Jack Drees here! Just thought I’d do a little post before I go see “The Fate of the Furious” hours from now, and I wanted to do it on something I heard about nearly three days ago. In case you didn’t know, James Gunn, the director of the upcoming “Guardians of the Galaxy Vol. 2” film, along with the first movie in that series, stated recently that the soon to be released Guardians film will have five, and I’m not kidding when I say that, FIVE post-credit scenes.

You may already know that Marvel Studios does at least one post-credit scene during each one of their films. When they started out with “Iron Man” back in 2008, they had a scene introducing Samuel L. Jackson as Nick Fury with the famous line “I’m here to talk to you about the Avenger Initiative.” One thing I noticed with these films ever since Disney took ownership of Marvel is that it has now become a tradition to have two end credit scenes, occasionally they would have one ending with the phrase “(insert character here) will return.” My big question is, what is the purpose of having five end credit scenes? 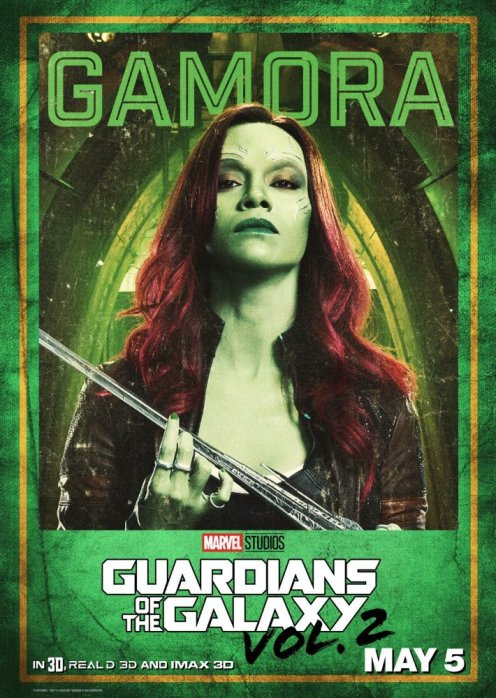 One thought that’s on my mind when it comes to this is that there could be one dedicated to individual Guardians. There could be one for Starlord, one for Rocket, one for Drax, one for Baby Groot, and one for Gamora. I wonder what that would do though or how that would happen. Maybe they get separated at the end of the film or something and it leaves us on some sort of cliffhanger. Perhaps that assumed cliffhanger will be solved during “Avengers: Infinity War” scheduled to come out in 2018, after all, the Guardians will be in that movie. Maybe some of the new characters will be included in these scenes, if they don’t get scenes of their own, and I say that considering how the Guardians I mentioned here were the main characters of the original film, with the exception of Baby Groot who was actually introduced during a post-credits scene in the movie.

You also have to consider how many Marvel movies are announced in the future. For example, you have “Spider-Man: Homecoming” coming out in July, maybe there could be a scene for that, granted the movie is under Sony, but Marvel is allowed to use the character in their films. You also have “Thor: Ragnarok,” “Avengers: Infinity War,” “Black Panther,” and “Ant-Man and the Wasp.” If there aren’t scenes dedicated to each one of those films, maybe there will be a scene or two containing Guardians characters put in just for shiggles, kind of like how the end credit scene from “Iron Man 3” may have just been put in for shiggles.

Another thought I have about this is that the scenes could be constant interruptions from the credits themselves. You remember the first Michael Bay “Transformers” movie? Well if you don’t, that film has end credit scenes, I remember one of them contained an interview of sorts with Sam’s parents and a Decepticon flying above Earth, although I can’t say for sure because it’s been awhile since I’ve seen the film, but I know there’s about 3 or 4 total end credit scenes in the entire credits segment. It would probably be a bit different in this movie as opposed to “Transformers,” but it is something I’m keeping in mind.

One more thought on my mind is that maybe this could technically be one end credit scene, but it is split into five parts, it is not something I believe will be the case, but I’m not leaving out the possibility of that happening. Although, it could be a good way to get people to stay in the theater in case some important information is spilled during the scene.

The idea of having five end credit scenes is something I never see, there aren’t many movies that have even a single end credit scene. We’ll have to see how this plays out, and I’m gonna ask you, what are your thoughts on having five post-credit scenes in “Guardians of the Galaxy: Vol. 2?” What do you think those scenes will contain? Let me know in the comments! Also guys, I am gonna review this movie when it comes out, it is actually at the moment, my second most anticipated film of 2017 behind “Wonder Woman,” so stay tuned for that next month when it comes out if I can review it then. Speaking of reviews, I’m gonna soon be reviewing “The Fate of the Furious,” and also be sure to check out my review for “Mission Control: The Unsung Heroes of Apollo,” you can see an icon below that can take you to the review, and in the review I focus on the movie itself and I also give a little shoutout to my friend, Kayla LaFrance. Be sure to take a look at that, also stay tuned for my future reviews and posts. Scene Before is your click to the flicks!