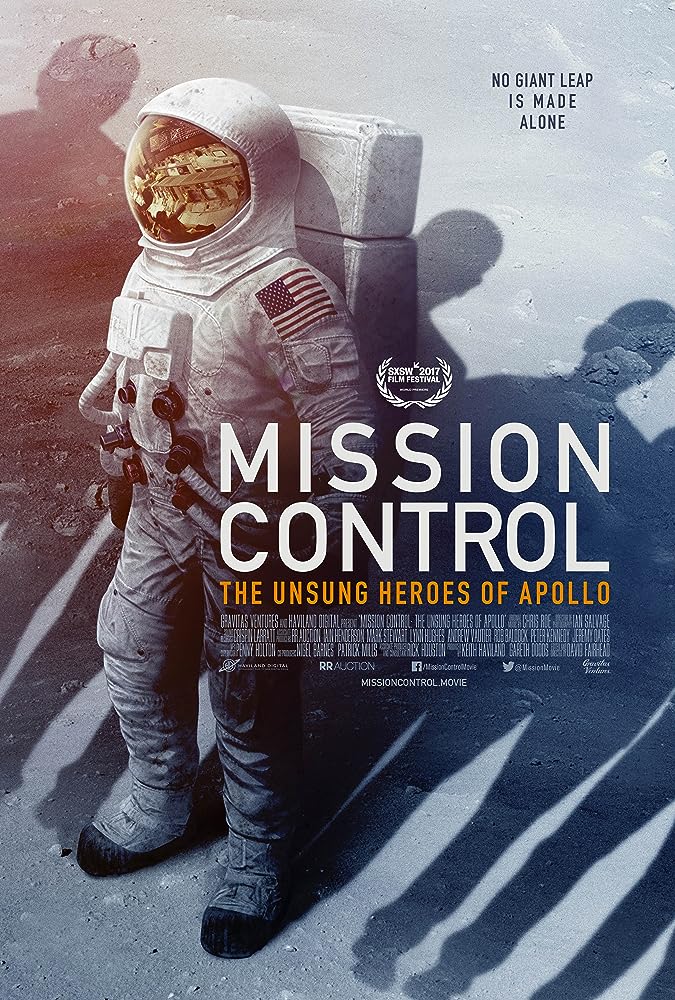 “Mission Control: The Unsung Heroes of Apollo” is directed by David Fairhead, based on the book “Go Flight!” written by Rick Houston, and is a documentary about the team behind NASA who were responsible for the Apollo missions and helped shape the future of space travel and society.

I’m gonna start off by saying a couple of things, first off, I actually know someone who works in mission control. Her name is Kayla LaFrance, you may know her from TBS’s reality competition “King of the Nerds,” and she’s a really good friend of mine. By the way, shoutout to her. When I was watching this film, I couldn’t help but think of her at some points and just imagine if she would have to deal with something like what I’ve seen in this documentary. Second, I don’t normally review documentaries, so I’m even wondering if this review will even be as well crafted as some of my other ones.

Also, in case you’re wondering where the hell you can see this movie, it’s actually not playing in too many theaters. In fact, by the time you read this review, it probably won’t be playing in any theaters because it is not getting too big of a release, and it just came out last week. If you want to see this movie, my biggest suggestion I can give to you right now is to stream it. I actually watched this film on Amazon so I didn’t watch it in the theater, in fact watching this in the theater wouldn’t have been possible for me because there were no places in the Boston area showing this film.

Sticking to the review, this movie covered the mission control’s point of view during the Apollo missions. For what I can recall, most of the missions, if not all of the missions, in some way, shape, or form, got some chunk of screen time throughout the movie, although the ones that were touched upon more than others included Apollo 1, Apollo 8, Apollo 11, Apollo 12, and Apollo 13. And I’m just gonna pause on that and say this: In a good chunk of space-related movies I’ve witnessed, you may notice that the astronauts are the main heroes, there are some exceptions, such as the recent hit “Hidden Figures,” but a good number of them focus on astronauts. While this isn’t really a movie, it is somewhat interesting and unique to see mission control being portrayed as the heroes of focus as opposed to astronauts, whereas you take a sports film and make the executives heroic. Yes, those exist. For example, “United Passions,” a movie on FIFA’s history, was released in 2014 in some places, and 2015 in others. How did that turn out? Well, on IMDb, it is on the bottom rated movies list at spot #50, it has a 2.1/10 average on the site, it has a Metascore of 1/100, Jordan Hoffman of The Guardian said “as cinema it is excrement,” Sara Stewart of the New York Post wrote it is a “Tedious, amateurish and hilariously ill-timed film,” and Tim Appelo of The Wrap said it is “One of those rare films so unfathomably ghastly you could write a better one sitting through its interminable 110 minutes. I’d rather re-watch Elton John’s “Gnomeo & Juliet” 110 times.” Seriously! Once again, while this is more of a documentary as opposed to a movie, I can say my 102 minutes watching this film were indeed wisely spent.

When it came to this film’s intro, it almost reminded me of “Gravity” if they got right to the space stuff, and what I mean is you see this image of stars, I remember hearing communications, seeing a spacecraft, it almost had the vibe of the intro to “Gravity.” By the way, if you have never seen “Gravity,” watch it, it’s a good movie. Not perfect from a scientific standpoint, but certainly a great experience.

A lot of the people who came on to get interviewed worked in mission control, in case the name of the film didn’t scream that enough, some of those people included Gene Kranz, Chris Kraft, and Steve Bales. There are many more, but I won’t dive too deep into them. Some of what these folks said was either funny or just entertaining. In fact, one of the quotes I heard someone say is that they were talking about Apollo 13, and they were going back to the time when they thought this would make a great movie someday. Just look how the time brings us here, Apollo 13 did become a movie, and a good one at that.

When the movie was focusing on Apollo 1, it brought up the whole meeting they had where Gene Kranz had his “tough and competent” speech. I once did a project on the space race, I like the idea of space travel, and once again, I’ll mention I have a friend who works at NASA, the “tough and competent” speech was never something that happened to be drilled into my head, but now that I heard it in this movie, it did a couple things. First, it was very compelling, especially when I heard about the phrase being written on boards everywhere. And second, it kind of reminded me of my own life. I have a TV production teacher in school, and this fellow is somewhat arrogant at times, which is his way of teaching, and the speech given here almost made it sound like something my TV teacher would say.

Perhaps my favorite parts of the film were Apollo 8 and Apollo 11, as you may know, Apollo 11 is probably one of the most famous space missions ever done, it’s still talked about today as a huge achievement. Believe it or not, they don’t really focus much on the astronauts as they do when I hear about it in other instances, which I think is a smart move, after all this is about mission control, not the astronauts.

Apollo 8 isn’t really talked about as much, but seeing everything that happened on screen was a glorious sight in my mind, looking at all of the moon’s craters while hearing the story of the mission was just fascinating and kind of increased the intensity of the feature. 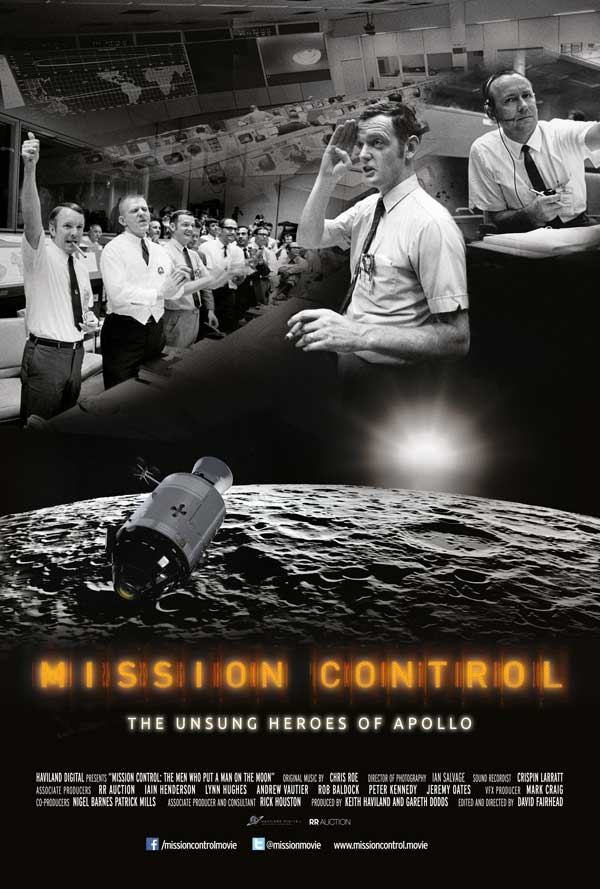 In the end, I really enjoyed myself during this feature, I may not be someone who will grow up to work at NASA, but at least I can watch a documentary and admire the people who actually do or have worked at NASA, with that being said, I loved all of the stories this film told, and for what I hear is a movie by a director who has not done much work, it comes off like this guy’s umpteenth feature, at least that’s what I think. I’m gonna give “Mission Control: The Unsung Heroes of Apollo” a high 8/10. This almost crossed the border into a 9/10, possibly raising it to a score somewhere close to a 10/10, but there were some segments of the film that felt more forgettable than others at some points which brought the score down. Also, since this review is NASA related, I’ll once again shoutout my friend Kayla LaFrance, if you want to follow her on social media or visit her site go right ahead, I have some related links listed below. Also, be sure to check out my review for “The Fate of the Furious” which is driving towards this blog later this weekend, I was gonna review it earlier this week, but my dad who was gonna go see this film with me unfortunately wasn’t feeling good, so we postponed the whole get together to Friday. Anyway, stay tuned for that review, be sure to look out for even more reviews on the horizon, and also check out my past reviews. Scene Before is your click to the flicks!