Hey everyone, Jack Drees here! It’s that time of year, the Academy Awards show is upon us. Regardless of whether or not you watch them, you’d probably agree with me when I say that the Academy Awards happens to be the biggest award show in film. Despite the fact that I am a hardcore movie watcher and will make my best efforts watch any movie in my path no matter how good or bad, it is one of the few award shows I watch. Granted I know many other shows, but I either don’t get much advertising for them, I don’t have much awareness toward them, or I might even simply not care about them. Right now I just want to talk about the upcoming Academy Awards show on the 26th of February. By the way, when this first gets posted, the show is scheduled to start in LESS THAN 24 hours, so if you came in on this post by 8PM on the east coast or 5PM on the west coast, you have arrived before the show begins. Anyway, for this post, I’m gonna talk about my hopes for the upcoming show and also some of my predictions. I’m not gonna say all my predictions, but a select few.

To start this off, I’m gonna talk about something that is probably on the minds of many people living in the US. How political is this going to get? With the whole “liberal Hollywood” thing, several people have been somewhat mad because they feel they are having political information shoved down their throats, especially info that is anti-conservative or anti-Trump. To support my point, I’m gonna refer to the buildup to the Golden Globes this year. On Twitter, I saw a bunch of users saying that they are intending to boycott the Golden Globes because it will have jokes on Trump. At one point, #BoycottGoldenGlobes was trending on Twitter and it was on that trending list for a good portion of the day. Was there any sign of anti-Trump moments? Yes, but the way I see it, at least for the moments I recall, it was more about being informative and raising awareness of somewhat recent events as opposed to destroying him. If people like Meryl Streep planned to destroy Donald Trump, she’d probably be taking comedy lessons from Stephen Colbert. As far as future anti-Trump events go, if there are any, make sure that they are few and far between. There are a select group of people that do find this entertaining whereas others would much prefer gouging their eyes out. In all reality, I’d prefer that there would be no political correlation here, but we’ll see what happens. Do I like Trump? No. Do I need to hear jokes about him everywhere I go? No. By the way, for the record, I didn’t like too many 2016 US presidential candidates, especially the ones that survived to the very end. I digress.

Now, I bet some of you are so annoyed of hearing about politics everywhere that you’re probably just raging while I’m talking about it like when you hear it from someone else, so let’s go onto something movie related. Let’s get going with my first prediction. My first prediction is in the category of “Best Animation.” My prediction for this category is “Zootopia,” which fun fact, made my #9 spot on my top 10 best movies of 2016. Speaking of fun facts, that was only my 3rd favorite animation of that year, it is right behind “Kung Fu Panda 3” and “Kubo and the Two Strings” in terms of movies in the animation category. Despite how “Zootopia” is my prediction for this category, my desired pick for it would be “Kubo and the Two Strings.” That movie actually made my #2 spot on my top 10 best movies of 2016 for its beautiful stop motion animation, masterful sound editing, lovable story which just so happens to honor storytellers themselves, and a brilliantly chosen cast. Seriously, it’s near impossible that could you go wrong with folks like Charlize Theron (Hancock, Mad Max: Fury Road), Matthew McConaughey, and “oh myyyyy!” George Takei! Getting back to “Zootopia,” the reason why I made this my official prediction as the winner of the “Best Animation” category is based on a number of factors. This isn’t the case anymore, but during the movie’s opening weekend, it had a 100% on Rotten Tomatoes. Critics praised this film for not only having an entertaining story for kids and adults alike, but for also bringing up modern day social issues, which I actually found pretty entertaining as it is relevant. 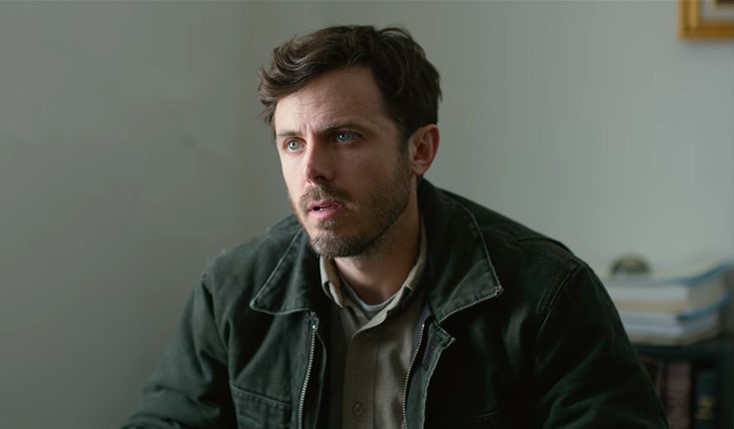 Another one of my biggest wishes for the Oscars has to do with Casey Affleck. If you don’t follow recent films, chances are you aren’t familiar with “Manchester by the Sea.” I was honestly quite disappointed with the film because it was advertised as a tearjerker, but I found myself letting out laughs more than shedding tears, but the film still had a rather decent verdict from me (7/10) because several factors held the film from sinking in the sea (Get it?). The biggest example I can give towards an avoidance of total disaster, is Casey Affleck’s performance as the character of Lee Chandler. The timing when Affleck speaks was just squeaky clean and his body movements made it feel like I was watching a real person. The nominees for “Best Actor” all seem to be good choices (even though I haven’t seen every movie listed), but in the end, I’m rooting for Affleck.

Next up, we’re gonna talk about “Best Picture.” Considering how this may be an extremely popular and revered category, I’m gonna list the nominees right here. “Arrival,” “Fences,” “La La Land,” “Hidden Figures,” “Hacksaw Ridge,” “Moonlight,” “Manchester by the Sea,” “Lion,” and “Hell or High Water.” Now, I have not seen all of these movies. Of the ones I have seen, they are “Arrival,” “La La Land,” “Hidden Figures,” and “Manchester by the Sea.”

Out of all the movies on that particular list I’ve seen, my personal favorite is “Arrival,” which was my #4 spot on my top 10 best films of 2016. I love the movie because it just shows how essential communication and language are. The more I think about it, it makes me glad that I have the option to learn foreign languages. For the record, I’m taking Latin in school right now, it’s a very difficult subject in my opinion, but even if I was taking another language I’d still be thinking the same thing. There are aliens in this film, but this is not an alien invasion movie. Sure, aliens come down to Earth, but it’s nothing like a summer blockbuster, it has a very calm vibe as it keeps a slow and steady pace and focuses on the human characters trying to figure out whatever it is the aliens are saying and thinking, and trying to teach them their own language. Not only is this movie unique when it comes to movies featuring aliens, but it’s also important, engaging, and it’s also well shot at certain points. I’d be totally happy with this film winning “Best Picture,” however I would also be happy with another film winning. Before we get into the second film I’m rooting for, I will remind you, this is my prediction as the winner.

The film I’m referring to as my second choice, to be specific, is “La La Land.” As of now, “La La Land” is on my #10 spot on my top 10 best films of 2016. By the way, if you have seen that post, my original #10 spot was “Sausage Party,” but I’ve yet to see “La La Land” so I couldn’t judge the film yet. There are many reasons why I think this will win. This film is doing relatively well during its run in theaters, the trailers are showing it off by exposing its high ratings, by the way, it has high ratings, it’s an ode to dreamers, it’s an ode to Hollywood, it’s an ode to older films and musicals, the opening to the film was done in one continuous shot, and look at what happened at the Golden Globes. This film won SEVEN Golden Globes, which makes it the winningest film in Golden Globe history. If this film doesn’t win best picture, I predict it’ll probably rack up a bunch of other wins at the Oscars. I will say however, part of me thinks it somewhat has to do with Hollywood loving itself. Granted, “La La Land,” to me, is a work of art, but I bet some folks who work for Hollywood, or happen to live in Hollywood, or even happen to just follow the works of Hollywood like myself, could possibly have some sort of bias towards this movie. And if some people do, I can’t entirely blame them, because I will state that when it comes to “Arrival,” a small part of me feels like I have a bias towards it because I’m a sci-fi lover and the movie kind of reminds me of one of my all time favorite films, “Interstellar.” The two movies are similar in terms of pace, vibe, and the two films even happen to make you think. Also, I bet some of you might ask, why do I think “La La Land” is a work of art? I don’t want to digress too much, so I’ll give quite a few reasons, but I won’t go into a long explanation. 1: The opening scene. 2: Emma Stone’s performance. 3: Emma Stone’s character. 4: Ryan Gosling’s character. 5: It salutes old Hollywood while still feeling fresh. 6: Terrific score and numbers. 7: The movie is a gift to dreamers (including me from what I picked up). 8: The chemistry between Emma Stone and Ryan Gosling’s characters feels incredibly real. 9: Essentially says that you can make a dream a reality, but you might lose something along the way. 10: The ending.

When it comes to this year’s Academy Awards show, I’m pretty excited. I like Jimmy Kimmel and I’m glad to see him as the host, however that choice could probably be a little biased considering he has a talk show on ABC. Then again, Jimmy Fallon hosted the Golden Globes this year and he’s got a talk show on NBC, so I guess this is a trend this year. If you have a talk show on the same network an award show is on, you get to host that award show. As long as they don’t dive too far into politics, and just focus on the movies, the Oscars overall will be fine. Also, I want to know, are you watching the Oscars this year? Do you care? Are you rooting for certain movies? Do you have any predictions? Leave a comment! Also, stay tuned for my upcoming posts and movie reviews! Scene Before is your click to the flicks!