Independence Day: Resurgence is the sequel to the 1996 sci-fi movie Independence day. This movie in its simplest form involves the people of Earth as they are yet again invaded by aliens, once again on Independence Day.

One theme I notice a lot in sequels is that they try express the word “big” to such a high degree, this film definitely does that. To quote Jeff Goldblum’s character, or David Levinson, “That’s… definitely bigger than the last one.” Right there he was referring to the mothership when he first saw it in this movie. I also noticed this with the action as well. Not that this is a bad thing, but the action felt bloated. Keep in mind, when I say bloated, I mean it in a good way. There was a lot more flying scenes involved, including a number in first person view, which looked really cool on the big screen.

When it came to the characters in this movie, that happened to be one of my problems. A good number of them were unrelatable, annoying, unmemorable, or undeveloped throughout the movie. A bunch of the original cast have returned for this movie. I don’t have many notable problems with them on my mind now, but as of this moment, I remember Will Smith more than I remember than any of the other original cast members in terms of being in the Independence Day movies. That’s something to keep in mind because unlike some other original cast members, Will Smith wasn’t even in the second film to begin with. Maybe it’s just because the shots of Will Smith in the first movie looked the coolest, so he sticks out more than other characters, but it’s just something that bothers me. Brent Spiner also returned in this movie, and I didn’t appreciate him. In the first movie, I didn’t really care much about his character, but now for the screen time I’ve witnessed for the character in this movie, he makes me think of John Tuturro’s character from the Transformers movies. Only difference is that this guy is a bit smarter. 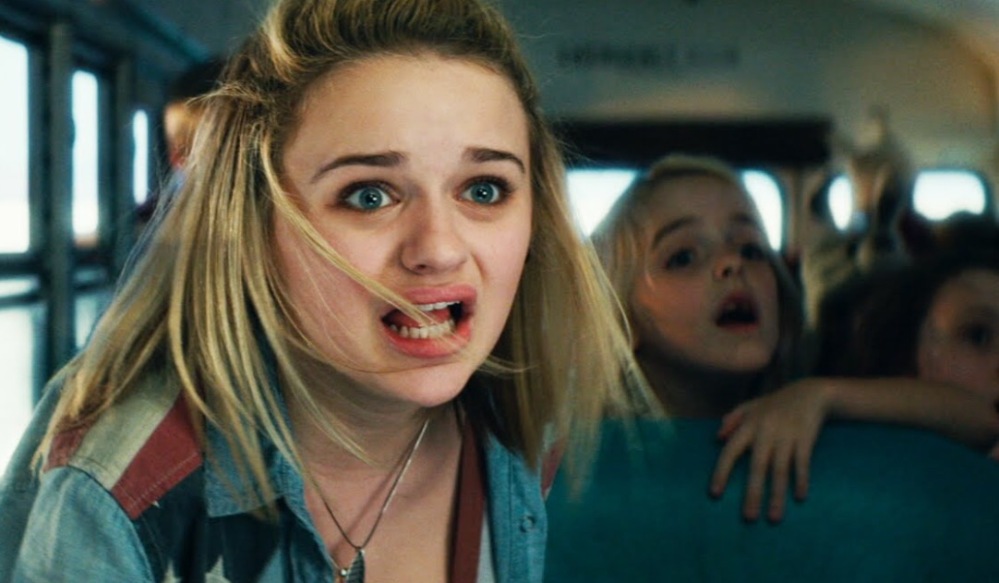 Let’s talk about some of the other characters, or the ones that a person such as me wouldn’t give a crap about. I don’t completely remember Liam Hemsworth’s character in this movie all that well, which says a lot. Liam although had a love interest in this movie and it played into the story a little bit. Not just that, but as one of the main characters of this movie, he is forced to go up against the mothership. Now, for the characters I still don’t care about, but still know more than Liam’s. I actually remember the teen girl from this movie who drove a car without a license, it played into the story quite a bit because it had to do with evacuation. What did I like about her? Nothing. She was a teen in this movie, so she could be playing someone with a mood swing, but I couldn’t help but roll my eyes when I heard her attitude when she was driving. There was basically one scene where I couldn’t help but laugh because it was about her not having a license and not only was it funny in general, but it responded to one of my complaints about the movie.

Back to positives, the effects in this movie look great. Whenever I saw laser beams I thought they looked pretty good for 2016. Interestingly enough, when I look back on the 1996 movie that came out before this one, the beams aren’t that different. Sure, the beams in the other films look a little fuzzier, but that’s about it. The mothership was good looking and it really gave you a sense of monstrosity. If you look at the scope of the thing, it’s like looking at Smaug in the Hobbit trilogy.

Independence Day: Resurgence started out as a good movie, then went on a steady decline as I thought about it more. It’s a good popcorn movie, but it is nowhere near as memorable as the original, and this even counts if you aren’t even looking at the screen when watching the original. I’m being serious. I’m going to give Independence Day: Resurgence a 4/10. By the way, this movie is still on my mind, so if it is in my mind for a certain amount of time from this point, it might go down to 3 or lower. If it wasn’t like this, I would have given the movie a 7, but I’m a thinker, it’s what I do.

Also, just an interesting story, when I went to see this movie, I paid more for this movie per ticket than I ever have in any past cinema experience. For the tickets, it was $20.50 each. Not just that, but this was at 10:50 in the morning, a time where movies are usually cheap! Although there was a reason for that. This was my first ever MX4D experience. I’m going to do a separate post on that, coming soon. Thanks for reading this review, and remember, Scene Before is your click to the flicks!