“Honey Boy” is the directorial debut of Alma Har’el and is written by Shia LaBeouf, who also stars in the film as an abusive father. This film also stars Lucas Hedges (Manchester by the Sea, Lady Bird), Noah Jupe (Wonder, The Night Manager), and FKA Twigs in a film partially based on Shia LaBeouf’s own life. The film centers around the relationship of a father and son, the father is on drugs, he’s often irritated, and the son is moving himself up in his acting career. Based on the inner workings of the duo’s relationship, it’s not all that pretty. At the same time, we also get a look at the child’s early adult years, which tends to allow some significance to be inserted regarding events earlier in life.

I go into several movies at least having seen a trailer, a little bit of ad marketing, maybe a description as to what it is about. I knew some things about “Honey Boy.” But if I told you that I went into this film knowing lots about it, I’d be lying to you. I was notified of a nearby free screening, I wouldn’t call it an advance screening since certain sources suggest the film had been released in the US about a week before I saw it. Although maybe it technically is, because in my area specifically, which is Boston, there are almost no showtimes for this movie whatsoever. I recently Googled showtimes for “Honey Boy” and only found it to be available for two different times at one theater this upcoming Thursday. Nothing before, nothing after.

Safe to say, this movie is probably not going to get too much attention at this point. I almost wonder if Amazon, the distributor behind this film, is going to try to get this film more attention when it comes to streaming. After all, Amazon has their own streaming service, Prime Video, and they usually make their original movies free for Prime members. Let me just tell you something though. I saw this film, by myself, knowing almost nothing about it. I walked out of this film, just simply wanting to talk about it with others. “Honey Boy” is a surprise. This is the first feature-length screenplay from Shia LeBeouf. It is EASILY one of the best of the year. I’ll also mention once again that this is being helmed by a first time feature director, specifically Alma Har’el. I should point out that she has also helmed various shorts and documentaries prior to directing “Honey Boy,” but as a feature-length debut, this is beyond where you’d want to go as a director. There are several scenes that I would love to screenshot and maybe frame in a museum, use them perhaps as a desktop photo on my computer. There is a clip of the movie where pie is being thrown in the lead kid’s face and it is still in my head. There is a lot to like in “Honey Boy” if you are into technical aspects. I think the only small nitpick that I can come up with, and this honestly takes NOTHING away the movie and all its absolute brilliance is that there are scenes where the camerawork is handheld and at times it almost feels like I’m watching a family vlog or a YouTube video as opposed to a film. If I had to compare it to another film, I’d say it reminded me a little bit of “The Disaster Artist,” another REALLY GOOD movie. Possibly the best comedy of the decade. But this tiny little nitpick does not mean the cinematography is bad, it is competent. It’s not like I’m watching “Transformers: The Last Knight” or something. I’m just saying that if it were me in the director’s chair or behind the camera, I would have done things perhaps slightly different. 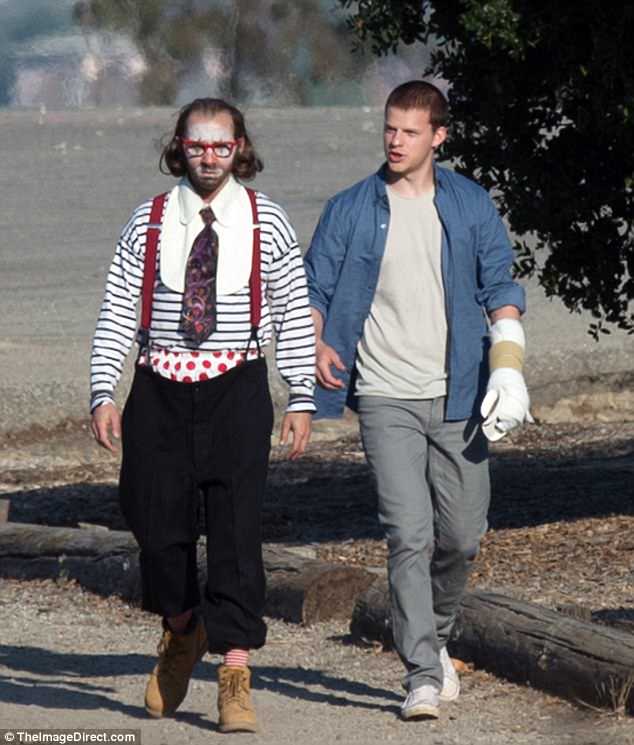 But in all seriousness, “Honey Boy” is one hell of a movie. From start to finish. And honestly, it’s an experience that I don’t always tend to get. In recent years, I have discovered that replay value really matters when it comes to liking a movie. In 2018 I watched “Ready Player One” once in the theater, bought the Target exclusive 4K Blu-ray, watched it three more times on 4K before the year ended, and brought it over to my grandparents’ house to watch on their Blu-ray player to pass time with them and relatives over Thanksgiving. That movie ended up being #3 on my best of the year list for a reason. I have a feeling that I won’t go see “Honey Boy” in the theater again, partially because it has a very limited run and there are barely any showtimes available, but if I had the chance I would not mind taking it. I say that because this is a movie that I was able fully appreciate through various aspects on my initial watch. Despite that, I feel like I missed one or two things that could alter my perspective on how I look at the movie. That does not mean the movie had bad pacing, in fact, the pacing was really good. I just feel as a viewer, this movie is going to require multiple watches to have a complete grasp of everything. Interestingly though, despite how I said that, the movie is straightforward and overall not that complicated.

As a coming of age story, this is arguably my favorite in recent years. The 2010s has its fair share of likable coming of age stories. “Easy A,” “The Edge of Seventeen,” “Blockers.” I didn’t like “Honey Boy,” I LOVED IT. In fact, it sort of reminds me, maybe not entirely, but it has glimmers of elements that can be seen in another recent directorial debut, “Lady Bird.” Because while I did find the chemistry between the boy and his father in “Honey Boy” to be much more resemblant of an abusive relationship, the relationship between the two main characters in “Lady Bird,” specifically daughter Christine and mother Marion, is filled with tension for the entire runtime.

Sticking with the topic of the leads having chemistry, I was able to buy into the chemistry between the main characters perhaps to the tenth degree. Even when there are moments or lines that clearly would never happen in real life, for some reason, perhaps based purely on spectacular direction I was able to just give a seal of approval. Just the other day, in fact, literally the same day I was going to see this movie, I was at a Best Buy and I bought “The Peanut Butter Falcon” because I have heard good things about it and I missed it in theaters, but unless Shia LaBeouf spends part of that movie literally breaking a leg, “Honey Boy” may contain his best performance yet. It overall makes sense though, because I could tell from the writing and the acting that this movie is incredibly personal and close to heart for LaBeouf. I don’t know how much attention this film will get this awards season, but if anything, unless the month of December KILLS this movie, I hope it gets a screenplay nom, because I personally think Shia LaBeouf has outdone himself, especially for someone who is often known to the public in a completely different fraction of filmmaking. But December is coming and for all I know, “Star Wars: The Rise of Skywalker” could focus less on getting people to buy toys and focus more on the chemistry between its characters. Maybe “Jumanji: The Next Level” will finally get people to see The Rock as more than just a goofy action star. Perhaps “Cats” will be the BEST MOVIE EVER. Tons of possibilities! 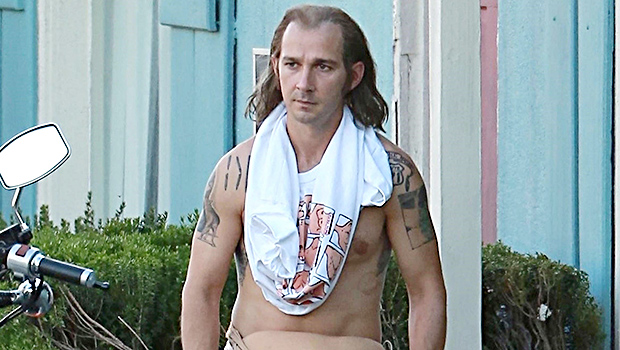 In the end, “Honey Boy” is a slice of cinema Heaven. When it comes to Marvel movies, debate on all you want about them being cinema. But with this, there is literally no debate. “Honey Boy” is not cinema, it’s practically God’s work. I have to do some minor thinking as to where I will eventually rank this on my films of the year, but one thing’s for sure, the ranking will be undeniably high. As far as theatrical releases go, this is the forty-ninth 2019 movie I have seen this year. Honestly, I wish I waited for fifty. Not because I wanted to wait a bit to see this movie. Had I known that I’d be writing a review like this I would have seen it sooner, but I would love to have called it the “fifty nifty” movie. Despite that, I. Love. “Honey Boy.” Again, the one complaint that I can state about the film is a couple shot choices. Does it affect my score? Hell no! I’m going to give “Honey Boy” a 10/10! Thanks for reading this review! I mentioned if I waited long enough, “Honey Boy” could have been a “fifty nifty” movie for me. Turns out, I found a movie that fits that criteria, because just this past weekend I went to my local IMAX and checked out “Ford v Ferrari.” I’ll hopefully have a review up for that sometime this week, so look forward to it! If you want to see more great content from Scene Before, be sure to follow Scene Before either with an email or WordPress account! If you like movie reviewing morons and Facebook, do yourself (and me) a favor and like the Scene Before Facebook page! I want to know, did you see “Honey Boy?” What did you think about it? Or, what is your favorite movie written by someone who is primarily known for acting? Let me know down below! Scene Before is your click to the flicks!