“Pokémon Detective Pikachu” is directed by Rob Letterman (Monsters vs. Aliens, Shark Tale) and stars Ryan Reynolds (The Hitman’s Bodyguard, Deadpool), Justice Smith (Paper Towns, Jurassic World: Fallen Kingdom), Kathryn Newton (Three Billboards Outside Ebbing, Missouri, Blockers), Suki Waterhouse (Assassination Nation, The Bad Batch), Omar Chaparro (How to Be a Latin Lover, Show Dogs), Chris Geere (You’re the Worst, Modern Family), Ken Watanabe (Inception, The Last Samurai), and Bill Nighy (Norm of the North, The Best Exotic Marigold Hotel). This film is based on the video game of the same name and is about a guy who teams up with a Pikachu to solve a mystery involving said guy’s father.

For those of you who don’t know, I really do like video games. In fact, when it comes to video games, if I were to make movies of my own, I’d base them on various video games. Granted, there is a part of me that thinks this vision would ultimately backfire because let’s face it. Video game movies suck. They just do. Even if they prove to be faithful to the source material like in “Warcraft,” it might not be something a person like me would want to watch on a Friday night. In fact, my least favorite movie of all time is based on a video game, specifically “Super Mario Bros..” Naturally, I went into this movie hoping for something. Not necessarily for the best movie ever. In fact, for many movies, those expectations are hard to live up to. I was just hoping that we would see an above average video game movie. Granted, last year’s “Tomb Raider” was rather solid in some places, but the video game movie industry/genre had some ways to go before its first kick-ass project. Granted, I have yet to see various highlights in the industry such as “Mortal Kombat,” “Prince of Persia: The Sands of Time,” and “Silent Hill.” Much like the type of movie itself, I guess I have some ways to go. But I can confirm that after seeing “Pokémon Detective Pikachu,” it was… alright. The genre didn’t really… level up… if you know what I mean.

I have been exposed to various opinions and reviews prior to going to this movie. And a lot of what is being said about this movie, I can agree with. This is a good movie for “Pokémon fans.” It goes into strategies that players may come across in their mind as they play the games, there are references that I imagine will fly over some non-gamers’ heads, but it is not to the point of utter cringe, and all of the CGI Pokémon look very appealing. They have a slightly unrealistic look to them, but that actually works for a movie like this. It’s fantasy-like, they’re not supposed to look like they’re a creature out of a live-action Disney film containing bunches of animals. They’re freaking Pokémon. The games don’t try to present them as realistic, and I thought the style that I have seen in the games made a good transition to their style on film. Although at the same time, this comes from a guy who usually doesn’t play “Pokémon” titles. I never owned a single game in the franchise, and while I did download “Pokémon GO” on my phone when it first came out, I didn’t even use it. I eventually deleted the app and it let it rest for all of eternity. But through various means such as the Internet and friends, I have been exposed to gameplay of various titles. 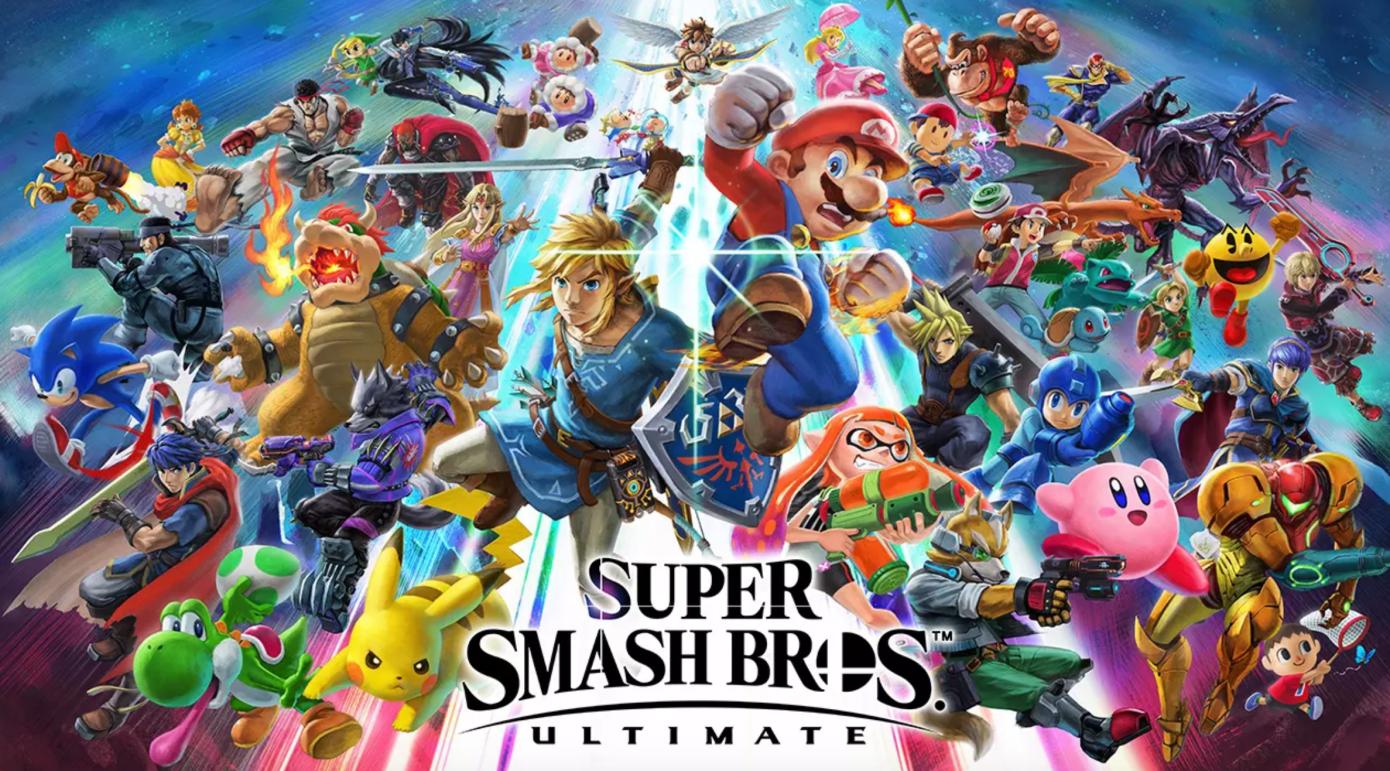 I have played all of the “Super Smash Bros.” games though! So there is that! *Mumbling* By the way, if you guys have yet to buy a Nintendo Switch, just buy it for “Super Smash Bros.: Ultimate” because it is a freaking masterpiece of a game that I will recommend to everyone and I think you will become a better person in life just for picking up your controller and going to town on it. Cancel all your Friday night plans and drop hundreds of dollars at GameStop just to prepare for a masterpiece of a lifetime. Just do it.

Anyway, back to the review. Let’s talk about this movie’s story. It’s weird. I can buy a city where mankind and Pokémon are equals. I can buy all of the insane creatures this film contains. I can buy a lot of this film’s absurdity. You know what I can also buy? The fact that I didn’t really care about too many characters! When it comes to the Pokémon, they’re fine. I liked pretty much all of them. Ryan Reynolds as Pikachu was a delight. Although at the same time, Reynolds becomes problematic, which is sort of a collision with a perk. As many moviegoers know, Ryan Reynolds is Deadpool. But when I see him as Pikachu, I’m almost comparing the character in my head as a more kid friendly version of Deadpool. Granted, there’s not as much meta humor that Reynolds has to deliver in terms of dialogue, but there’s still plenty of one-liners and funny lines that he manages to utter. As for the main human in the movie, Tim Goodman, he is kind of stale. A lot of storytelling involving his character happens in the first few minutes of the film, including the mystery of his father, and I ended up not really caring for him. It’s sort of like where I was watching the “Transformers” films where I don’t entirely care about Marky Mark and (insert bangable chick’s name here) and I am mainly watching for the action and everything about the Transformers. I’ll slightly defend Sam Witwicky, partially out of probable bias through nostalgic roots, but still. The movie is called “Transformers,” much like this movie we are talking about has “Pokémon” and yet they kind of make it mainly about the human characters. Granted, I think this movie does a much better job at making it more about Pokémon at various points compared some of Michael Bay’s “Transformers” installments, but this is still an issue that is worth bringing up.

And much like “Transformers,” there is of course… a girl. Granted, they don’t sexualize her, which for a movie like this, wouldn’t have worked in the first place. It’s a movie with a family demographic partially in mind, the target audiences of “Pokémon Detective Pikachu” are not going to their local AMC to watch a porn shoot. That girl by the way is Lucy Stevens played by Kathryn Newton, who I think is a good actress. And she plays her role well in this film. I can’t see anyone else playing her. Too bad the human characters in general just don’t have the same charm as some of the Pokémon. I’m not saying I hated her character, but I had almost no reason to care about her. Although during the climax, I had a reason, but I won’t go into it.

Also, before we get into the “super effective” verdict, I would like to just point out something. Without spoiling the ending, there’s a part of it that kind of took me out of the movie. Remember how I talked about how much I can buy in this film? This ending’s too expensive for me to buy! Granted, the last scene of the film is pretty cool, because it features a particular actor (whose name I won’t reveal), but again, I would prefer savoring the flavor as opposed to spilling milk all over the floor.

In the end, while visually appealing to the point that I can call this movie “Blade Runner” meets “Pokémon,” it fails to impress on all necessary levels. There are various jokes and scenes that fell flat. I started forgetting about some elements of the movie about 24 hours after I saw it. And while this is definitely a serviceable movie for fans that I imagine even non-fans can enjoy, it did not have the oomph factor for me. For me, this is almost a good background noise movie in case there’s nothing else on TV and I am, say, writing a movie review like a moron who has nothing better to do all day. It’s kind of like “The Amazing Spider-Man.” It has great writing that fans and non-fans can latch onto, but it’s missing something. There are many positive factors behind “Pokémon Detective Pikachu,” but it does not change the fact that I would probably be fine if I had to go the rest of my life without needing to watch it again. I’m going to give “Pokémon Detective Pikachu” a 5/10.

Thanks for reading this review! This weekend is the release of “John Wick Chapter 3 – Parabellum,” one of my most highly anticipated movies of the year. I have not gone to any advance screenings of the film, I tried getting into one, but it was full once I checked. And as for my chances of seeing the film on opening weekend? Forget about it. My dad, who probably REALLY wants to see the movie, is busy this weekend. I considered going opening Thursday, but that is the night of the series finale for “The Big Bang Theory,” so I already have plans. Plus, I am going away to Rhode Island for a night on Sunday, and while there are movie theaters in my area, I doubt that will be part of my getaway activities. So the earliest I will see the movie might be Tuesday or Wednesday. As long as I can get together with my father, I can make it happen. But don’t worry, that review is coming. Be sure to follow Scene Before either with an email or WordPress account so you can stay tuned for more great content! I want to know, did you see “Pokémon Detective Pikachu?” What did you think about it? Or, what is your favorite Pokémon? Let me know down below! Scene Before is your click to the flicks!