“Apollo 11” is directed by Todd Douglas Miller and is a documentary on the moon landing mission of the same name. It features glances at the mission conducted by astronauts Neil Armstrong, Buzz Aldrin, and Michael Collins, while also revealing unknown footage from the ambitious mission. And appropriately, this movie is just in time for the fiftieth anniversary of the American event.

I don’t usually review documentaries, and honestly, the format that goes into reviewing a documentary is nearly foreign to me because basically everything about it could almost be a spoiler, because… SPOILER ALERT… the movie is based on true events. Well, that is if you don’t believe in conspiracy theories. Although when it comes to my experience to this film, I almost didn’t see this. The reason why I saw this movie is because a friend of mine wanted to hang out and I let them pick a certain film they had in mind. This is not to say that I disliked the film choice, because in reality, I think space is awesome and Apollo 11 is a true feat of an achievement. But due to this film being a month old and it not getting much traction, it nearly slipped out of my mind. The real question is however, was this film worth the trip? Was it worth seeing a month after its American debut? I’d say so. It’s worthy of providing a fine night at the movies. It’s not perfect, in fact, I am reviewing this documentary about a week after seeing it and I am already forgetting portions of it. But for what I do remember however, it certainly happened be worth the price of admission.

One thing I absolutely admire was the vibe of the documentary. As every civilized American would know, the moon landing happened in the late sixties, and this film managed to show off the sixties American culture in ways that almost put me inside the footage. It shows off all of the fads, fashions, hairstyles, and of course, NASA back in the space race. In fact, the tone for it is all set before that, as we see heavy-duty equipment being lifted by machinery at a launch center, all shot on glorious 70mm film.

For those of you who saw last year’s “First Man,” which at this point, I should be calling the Jackoff-winning “First Man.” If you’ve seen “First Man” I don’t know what exactly you expected from the film before checking it out. But if you have seen it, I can tell you that this film goes a lot more into the moon landing than that one does. After all, that film was more about Neil Armstrong as opposed to the mission. This movie focuses on the crew, and makes the mission its core aspect. “Apollo 11’s” biggest strength is its seemingly minimal effort to shoehorn dialogue from interviews and that sort of thing, and just allows us as an audience to witness the mission. It truly feels like you are part of an event while also technically watching a documentary on it. Although I did lose that immersion in one place.

Fun fact about this movie, I actually brought a mini notebook that I purchased at CVS about 9 months ago, and I thought it would be handy for notetaking purposes. It happened to be the first legit time where I would take notes during a film that doesn’t involve writing on my arms or hands and pretending to see what’s being written. I didn’t write much at all, in fact, when it comes to the movie, I only wrote down one thing, and it was the “name” “Gene Krantz.” For those of you who follow NASA’s history, you’d know that is improper spelling, but this movie actually introduced his name for an interview, and provided the recently stated spelling for said name. So instead of Kranz, we get Kranz. I know some people who are space buffs air their complaints when Hollywood screws up how space works, but I don’t work for NASA, I don’t really know everything about outer space. I know someone who works for NASA, shoutout to my good friend, Kayla, you rock! But that’s not the point, so since I’m not a scientist or a space buff or someone who works for NASA, I might as well be a Grammar Nazi. Just the way it is.

But overall, this documentary manages to do a couple of things right, have a pace that flows naturally, and have decent explanations for technical terms for general audiences. There are some visual demonstrations of the actions done during Apollo 11 that had my attention.

In terms of bringing something new to the table for me, that’s actually where this movie suffers, and I wouldn’t call it its own fault. I already know a lot about the moon landing (and its conspiracies), I even did a project on the space race in my freshman year of high school. Therefore when it comes to being quizzed on this film, I might have a slight advantage. Granted, I may be overestimating my abilities if were ever to go to the local bar for a trivia night because that was done at the last minute, it was grueling, and I was four years younger than I am today. Although if there were anything new or fresh to consider, I’d say the trip back home was a breath of fresh air, because during most successful space missions, it’s something I never think about. In fact, when I saw “First Man” back in 2018, I barely got a glance at the trip back home. It was nice to see a bunch of crucial extended moments put together to make this one picture. Overall, I was fascinated, but I would probably never watch this again. If you want to see a briefer glance at this mission, not to mention, a better documentary, and from a different perspective, I’d recommend you check out “Mission Control: The Unsung Heroes of Apollo,” which dives not only into Apollo 11, but other missions from said time frame. In fact, if you want my review for it from a couple years back, click the link below! 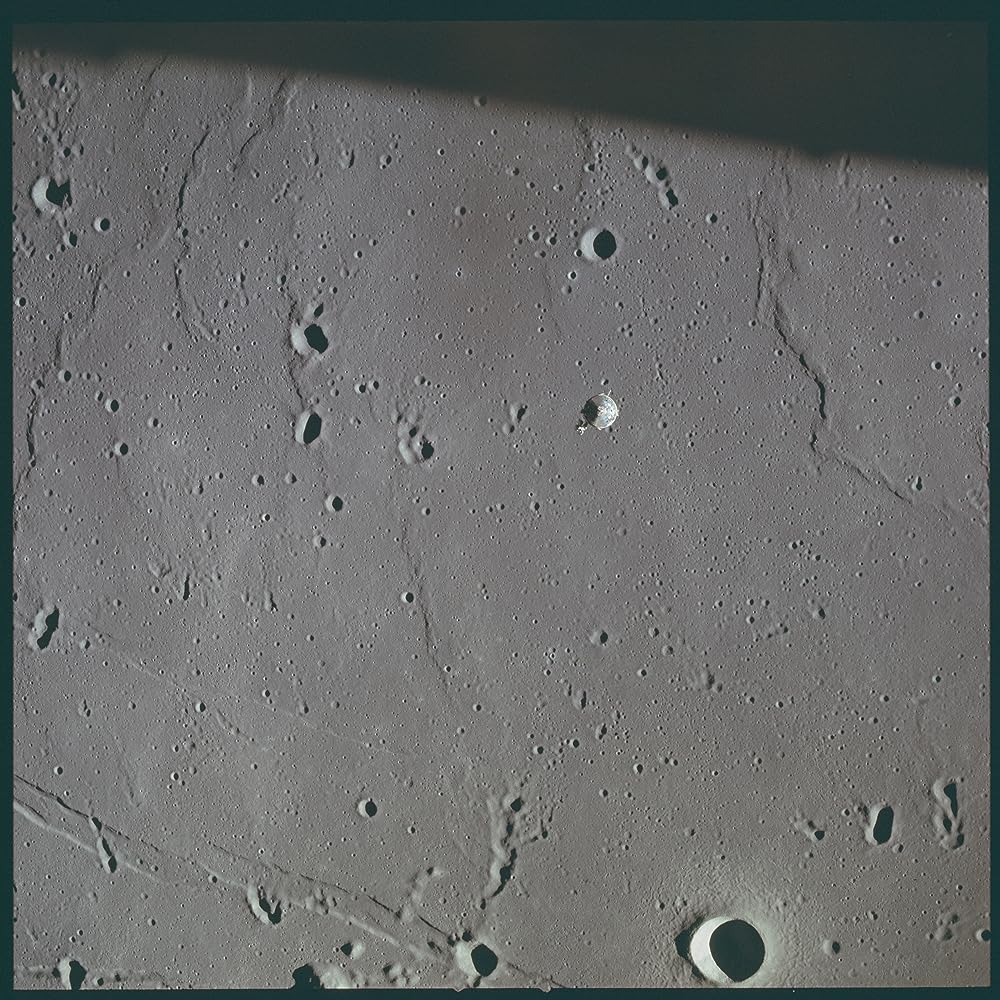 In the end, “Apollo 11” was a good time at the movies, but it might be the only place where I would have a good time watching this film. I remember this film having an IMAX run at a point, and part of me is disappointed I missed it because this was a pretty hypnotizing theater experience for brief moments of time. Ultimately, this “Apollo 11” has similarities to how I view “Apollo 11” in life. It’s epic, it’s grand, it’s something that is completely unprecedented. I continue to admire Neil Armstrong and Buzz Aldrin, and as for Mike Collins… yeah. Not to offend him, but nobody talks about him. Not his fault… Just saying. I’m going to give “Apollo 11” a 6/10. Thanks for reading this review. If you are looking for a movie to watch this weekend, I’m pretty sure that cannot possibly be true because chances are you’re going out to see “Avengers: Endgame.” But if you have not seen the movie yet and want an opinion from someone who did see it, be sure to check out my SPOILER-FREE review of this year’s biggest film (click red box). That way you can decide whether or not you want to get tickets to a 10PM show tonight or to a matinee on Sunday that very likely just has front seats remaining. Be sure to follow Scene Before either with an email or WordPress account so you can stay tuned for more great content! I want to know, did you see “Apollo 11?” What do you think about it? Or, what is your favorite space-related achievement? Let me know down below! Scene Before is your click to the flicks!