“Green Book” is directed by Peter Farrelly (There’s Something About Mary, Hall Pass) and stars Viggo Mortensen (Captain Fantastic, Lord of the Rings) and Mahershala Ali (House of Cards, Moonlight) as an Italian guy who is down on his luck and a black guy who seems to have ten times the luck the Italian guy has. These two eventually meet each other, get to know each other, drive around the country together while simultaneously making stops for the black guy’s trio tour. Throughout we see the bits and pieces of 1960s racism, a bond between two men which at the time, seemed unlikely, and the development of our main characters to adapt into alternate versions of themselves by teaching each other hallmark traits associating with one person or the other.

This movie is based on the true story of Tony Vallelonga and Don Shirley, who surprisingly I don’t know much about. To be completely clear, I am not surprised I don’t know about Don Shirley, I am not that much of a loyal follower when it comes to the music industry. However, it has recently come to my attention that Vallelonga has done acting jobs over a few points of his life. He appeared in eleven episodes of “The Sopranos,” and by an enormous coincidence, he played a character in “Goodfellas.” I say enormous coincidence because I recently purchased the 4K edition of the film. Not that it matters entirely, just saying. Nevertheless, despite my lack of knowledge towards these two individuals, I gotta say this movie was really quite enjoyable. In fact, a part of me shouldn’t be surprised that is the case. After all, I just watched the Golden Globes and this movie was nominated for five awards, taking home three, including Best Musical or Comedy.

I saw “Green Book” last Friday, and to be honest, I probably would have still watched this movie at some point, regardless of whether or not it actually took home Best Picture. I’ve pondered over seeing it for months, but now is the time when I finally get around to it. One of my highest expectations was towards the performances by our two leads, Viggo Mortensen and Mahershala Ali. Those two performances did not disappoint. One thing that almost sounds crazy at first is the thought of them having decent chemistry because one person (Mortensen) is rather dynamic and the other person (Ali) is almost robotic. My first sight of Ali in this film made me think of him as a robotic religious figure.

One of the best parts of the movie to me is something that I perhaps started thinking about a little more as I age. A question that sometimes comes up in my mind is: How many people have to follow their own market? As my brain has developed over the years, I realize I am coming across more and more stereotypes as days go by. In this film, one of the scenes where the duo are in the car together shows them listening to music and one of the songs is done by an artist who according to Mortensen is “Ali’s people.” It almost makes me think about my own life. I am going to name a number of movies I still have not seen and chances are that I am going to make you mad once I tell you what those said movies are.

You guys mad? I could go on, but I’ll spare you all from getting any angrier. 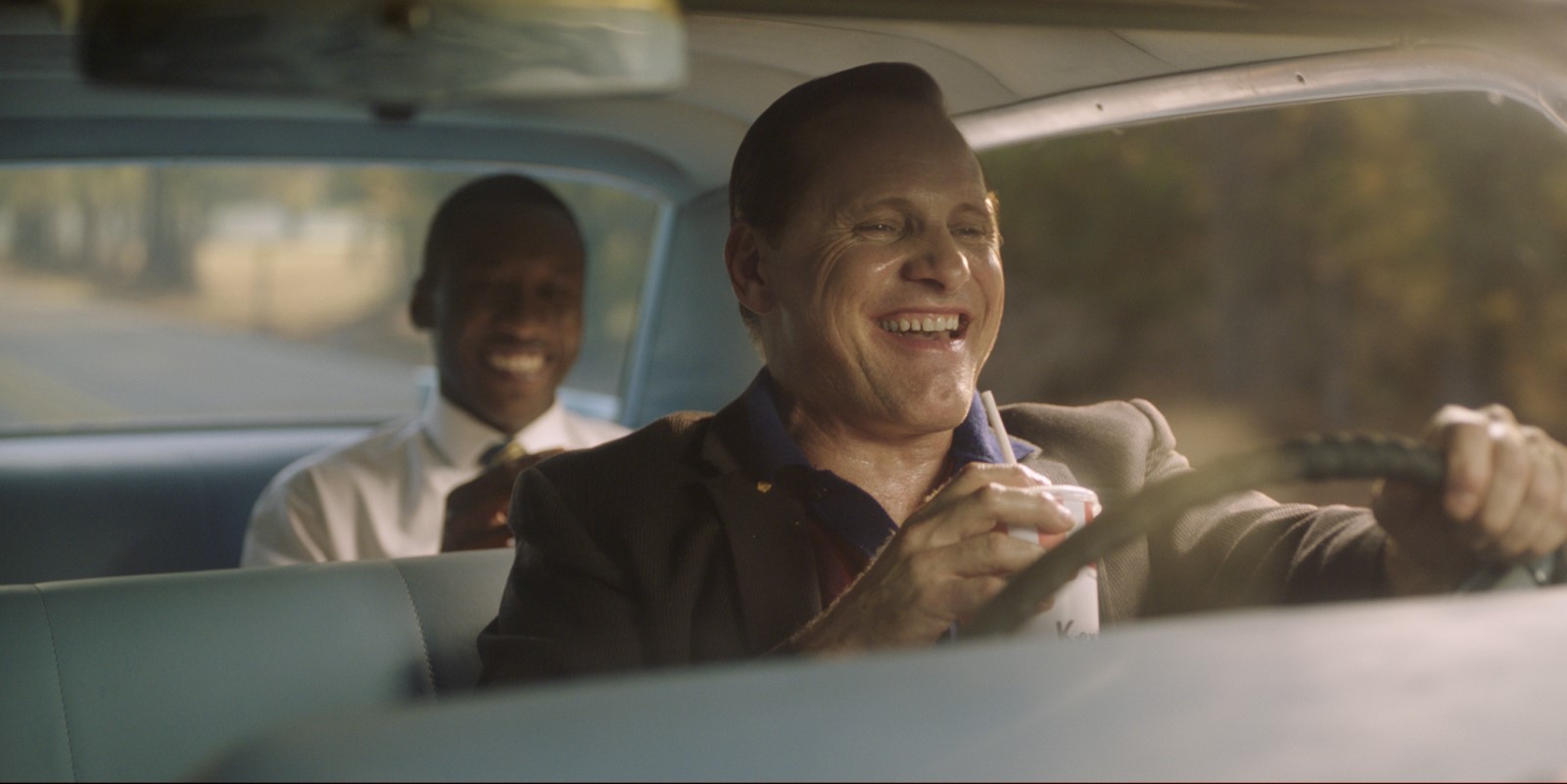 Also, this movie is surprisingly funny. Sure, there is a comedy aspect to this film from the way it is marketed. But I didn’t think it would be as funny as it was. Granted, it’s not roll on the floor laughing funny like “Anchorman” or “Game Night” or “The Hangover.” However, when considering the number of lines that gave me a happy go lucky feeling, it sort of felt surprising. I mean, when I found out this was directed by one of the guys who did “There’s Something About Mary” it kind of makes sense. Nevertheless, this movie, while it was definitely intended to be comedic, was surprisingly, well, comedic. It’s especially surprising when you consider the storyline, the vibe, and the time period which this movie takes place. I figured some serious s*it would be going down at a certain point. And it does, but it does not take away the fact that this movie delivered comedy effectively while simultaneously being kind of a shocker.

But really, at its heart, what “Green Book” truly is from my point of view, is a feel good story. It almost feels like that end of the day story you’d hear on CBS Evening News. With the formation of a friendship that seemed rather unlikely at the time, and some laughable moments, it is easy to call this film something that associates with feeling fulfilled. I talk a lot about comic book movies and how I sometimes wish the script sometimes has more dark moments as opposed to moments that come off as safe or kid-friendly. But in a movie about two different races interacting with each other, trying to change who they are, or in some cases, the other person, I wouldn’t settle for anything else but a feel good story. More specifically, in this particular case I wouldn’t settle for anything else.

Also, without spoiling anything, there is this one moment in the film involving a green rock. It’s actually surprisingly funny and also kind of clever. I won’t go into detail, I’ll just say, see the movie for yourself to find out what I’m talking about.

In the end, “Green Book” is a well done, well put together, and overall interesting flick. It blends comedy and drama with excellence, the chemistry between the two leads almost couldn’t be any better, and the story was very fascinating to observe. I also must point out, there are a couple scenes involving Kentucky Fried Chicken in this film, and while the movie didn’t exactly make me hungry for KFC, it did however make me think that this is actually pretty effective product placement. It doesn’t feel over the top, and it’s actually kind of hilarious. This movie is based on a true story, but the product placement feels incredibly well done to the point where I didn’t even care whether or not the KFC bit actually happened in real life. As someone who had to suffer through “Uncle Drew” months back, I truly appreciate this. I’m going to give “Green Book” an 8/10. Thanks for reading this review! I just want everyone to know that I am going to see a movie this weekend, but I’m not going to reveal what it is, because I would prefer to reveal it in a surprise post which will be up by the end of the week. Speaking of posts, I will have everyone know that I decided on the EARLIEST POSSIBLE DATE for the announcements of my personal nominations of my first annual Jackoff Awards ceremony. That earliest date is going to be Sunday, January 27th. If something happens before then, I’ll probably postpone the announcements to maybe a day or two after, perhaps even into the month of February depending on how things work out. Nevertheless, look forward to that and more great content coming soon! If you want to see such great content, be sure to follow Scene Before either with a WordPress account or email! I want to know, did you see “Green Book?” What did you think about it? Or, what is a movie you enjoy involving long car trips? Let me know down below! Scene Before is your click to the flicks!