Hey everyone, Jack Drees here! I have a serious question. Is 3D still relevant? Don’t get me wrong, at times it can add a bit to several movie experiences. I remember going to see all three “Hobbit” films in IMAX 3D, all of them were epic and thrilling. Although nowadays 3D has become at times this thing you have to accept when going to see a film at the theater. 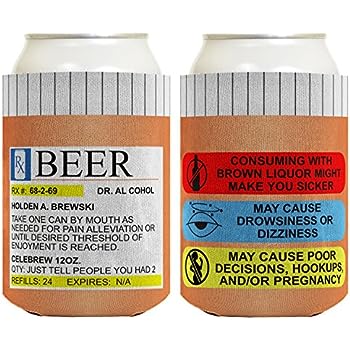 3D in a way is like prescription pills. There are a number of cases where you never really asked to take them for your personal amusement, but since you want to get on with your life, you just move along. When I go to the movies, I don’t traditionally care what show I get, but if I were making every executive decision, I’d probably choose to see a film in 2D. If the movie’s in IMAX and 3D’s the only option, chances are I’d go for that. Although when it comes to 3D, it’s something I never wanted, but it has always been around. It was very popular at the at the end of the 2000s leading into 2010. That’s because James Cameron’s “Avatar” was released all over and praised for the theatrical experience when watched in 3D. However since then, audiences have been thinking to themselves that 3D movies are becoming more and more bland. While there are those people who think 3D is awesome and think it’s one of the greatest things in cinematic history, 3D has increasingly resembled a fad as opposed to a game-changer.

One question some of you may have until looking at this post is this: How does the 3D come to be? It varies from movie to movie, but in most circumstances nowadays it’s fake. How is this? Unlike a number of films shot on cameras and rigs meant for 3D, most movies are currently shot on 2D cameras. It doesn’t even matter if the movie’s shot on film or digital, it’s just shot in 2D. Nowadays it is very rare to find a film coming out which is shot in actual 3D. This current year is 2018, let’s take a look at the list of movies that have been revealed to have been shot in actual 3D.

There are more films coming out in 2018 to be released in 3D. However, I can’t confirm or deny whether they’re real or fake. These results just goes to show when you look at the movies playing and you notice that there’s something playing in 3D, chances are that movie isn’t actually 3D.

Post-converted 3D is something that’s not really talked about when it comes to older movies nowadays such as those that were in 3D during the fifties, but it got some severe attention in 2010. In 1981, a movie known as “Clash of the Titans” was released to the public. The movie provided a fun family adventure for an hour and fifty-eight minutes and received a number of positive verdicts. Since studios love remaking everything, it’s no surprise that “Clash of the Titans” was one of those movies that got the remake treatment. And according to many people, it’s a f*ck-up on S*itshow Valley. Release the Kraken? More like Release the Crapen! Aside from the eye-covering CGI, the one-dimensional characters, and how people see it in comparison to the original film and mythology, this film was despised by critics and audiences for its use of 3D. Perhaps even more hilarious is a marketing tagline used by this movie. The tagline being, “Titans Will Clash.” No. F*cking. S*it. It’s like if “The Emoji Movie” had a tagline that said “This movie will suck, and you’ll hate your life while watching it.” THANKS, CAPTAIN OBVIOUS!

As for the movie’s use of 3D, the film was originally shot on 2D film cameras, and the director of the film, Louis Leterrier, went to the studio early on asking about a 3D conversion. However, this process was new and expensive. When “Avatar” was released, Leterrier was pressured to do a 3D post-conversion. He gave into it after seeing what he thought was a rather convincing View-D conversion process. The man even stated that it was essential for audiences to view the movie in 3D as an enhancement as opposed to a gimmick regarding the overall experience. Let me just tell you right now, the audience didn’t view it as an enhancement, they didn’t even view it as a gimmick, they viewed it… as crap. Three years after the film’s release to the public, Leterrier came out and said this about the 3D:

“It was famously rushed and famously horrible. It was absolutely horrible, the 3D. Nothing was working, it was just a gimmick to steal money from the audience. I’m a good boy and I rolled with the punches and everything, but it’s not my movie.”

And this just goes to show that studios can sometimes get in the way of movies. This isn’t the first time this has happened. Just look at films such as “Spider-Man 3,” “Risky Business,” and “Blade Runner.” Studios might force directors to do something concerning their movie that they ultimately don’t want to do. In this case, the studio wanted a 3D conversion. Had the movie just been in 2D, everyone would have probably been a little more happy. They’d still get a bad movie, but they’d have one less terrible aspect related to it. In fact, part of me thinks that Warner Brothers would end up making just a tad more money. After all, so many people were complaining about the 3D, so some folks would avoid 3D showings like the plague.

This isn’t to say that all post-converted 3D sucks. Some of the most highly appreciated 3D experiences are post-converted. After all, it is the norm now, so there has to be a gem somewhere. I went to see “Jurassic World” and the 3D was probably one of the best parts of the IMAX experience I was given. It was dinosaur-sized fun! “Mad Max: Fury Road” was also an experience worth the extra number of bucks, seeing all of the practicality and CGI come together at times really made you feel like your face was on fire or cars were running you over. One of the best experiences of all, is “Gravity.” I saw “Gravity” the weekend it came out in IMAX 3D, and it was f*cking worth it. The movie itself doesn’t have much replay value, but between the sound editing, sound mixing, score, cinematography, CGI, everything came together, and there were certain scenes where I truly felt like I was in space. Even better, trying my absolute hardest to survive in space. Just goes to show, even fake stuff can be real!

If anything, the improvement of post-production 3D is most likely due to commitment, and advances in technology. When it comes to “Gravity,” CG Effects Supervisor Alexis Wajsbrot has this to say:

“It was rendered in stereo, then we post-converted the faces with a very accurate track. It was a very precise rendition. That’s why the stereo works so well because it was thought about a long time before the movie was made.”

As suggested, the way “Gravity” was rendered gave it a 3D effect. The rest was work. Stereoscopic 3D is a very useful process if you’re shooting in 2D instead of 3D, if you’re maybe trying to save some cash and back pain, or if you are just looking for a way to cash in on a film even though you’re doing it in an effective manner. It won’t be real 3D, but it may give your brain the thought that you’re actually looking at 3D. While I do prefer authenticity, technology and commitment can help in making a proper product.

…Although in reality I prefer seeing movies in 2D.

Thanks for reading this post! I actually believe it or not had trouble doing this post, because I was working on another post I thought of last week, it was stuck in my head like how much I love pizza, the brand of the TV in my room, and the fact that with TurboTax, at least your taxes are free. Seriously though, thanks for reading! Tomorrow a new trailer for “Solo: A Star Wars Story” is arriving and we also got some trailers coming out tonight during the Super Bowl, trailers like “Mission: Impossible: Fallout,” “Skyscraper,” and “Jurassic World: Fallen Kingdom.” I might review one of those trailers, and as far as newer movies go, I can confirm that at some point soon I’m going to see “The 15:17 To Paris.” That movie’s coming out February 9th, so I’ll be seeing that not long from now. Also, if you want more exciting content to take a gander at, I’ll have links down below to my “Maze Runner” reviews. Please check those out, I enjoyed a couple of those movies, and I have my thoughts summed up, whether they are positive or negative. Stay tuned for more great content! In 2D. I want to know, what is the best experience you had watching a movie in 3D? Yes, I’ll even count IMAX documentaries or something along those lines. Doesn’t even matter if the 3D’s real or not. Let me know down below! Scene Before is your click to the flicks!