“Dora and the Lost City of Gold” is directed by James Bobin (The Muppets, Alice Through the Looking Glass) and stars Isabela Moner (Transformers: The Last Knight, Instant Family), Eugenio Derbez (How to Be a Latin Lover, Overboard), Michael Peña (Ant-Man, End of Watch), Eva Longoria (Desperate Housewives, The Sentinel), and Danny Trejo (Machete, Spy Kids). This film is based on the Nickelodeon cartoon “Dora the Explorer,” where a young girl and her monkey companion, Boots, go on adventures together, sing, encounter obstacles, including a fox named Swiper (played here by Benicio Del Toro). All the while, there are fourth wall breaks that involve encouraging children to talk to the screen, occasionally in Spanish. In this film, we get to know Dora as a teenager who lives in the jungle, but she recently learns she has to adapt to a more urbanized lifestyle and go to high school. This eventually leads to an adventure with her newfound friends and her cousin, Diego. 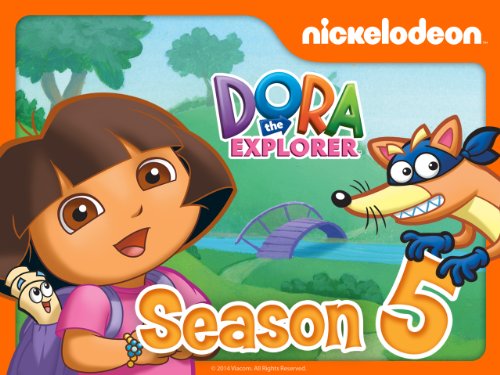 I was born at the tail end of the 1990s, I was raised through the 2000s. It was perhaps inevitable that “Dora the Explorer” would be a part of my childhood in some way, shape, or form. Granted, it was not my goto program at the time. That was more of my sister’s thing, but I did have some interest here and there at the very least. Therefore, I would say, while not calling it the epitome of my nostalgic roots, it did sort of fit somewhere into some of my more prominent childhood memories and experiences. So when I saw the trailers for this film, and granted, even before that, when I was hearing news about this film’s production, part of me was even wondering how it was getting made. Yes, “Dora” is an iconic IP and it does well with children, but I honestly wondered how this could even work as a film. Granted, upon seeing updates, I would say the crew got some things right. They did cast an OK Dora and she looked pretty similar to her cartoon counterpart. But I gotta be honest, the trailers did nothing for me. It all felt like a warning sign for the death of my childhood. And ultimately, that’s what this movie kind of is. It took something I knew from my childhood and split its head open.

Remember “Transformers?” Remember “The Smurfs?” Remember “Alvin and the Chipmunks?” None of those IPs were ever a part of my life before I watched their live-action film adaptations. Therefore when I first checked them out, I never had a part of my life affected. I never felt offended through a link to nostalgia by these types of films. I did however feel offended as to how bad “The Smurfs” turned out, but still. “Dora and the Lost City of Gold” was a movie where I knew the source material behind it, so basically I was taking a trip back in time. And this is sort of what the movie felt like at times. There are tons of homages to the original material, there are a couple fourth wall breaks, and some of the songs that they use in the movie are from the TV show. But let me just say this, there are certain parts of the show, core elements in fact, where I look back on them, I somehow cringe. The theme song is fitting, but catchy to the point that I would rather listen to “Baby Shark” or some other crap. As an adult, it is somewhat weird to go back to such a phase of my childhood where I was learning Spanish from a girl who doesn’t even use a map by herself. This is why when Dora would break the fourth wall, I would cringe and put my head in my large popcorn bucket! Granted, this is somewhat more adult-friendly than the cartoon, but nevertheless, the movie’s pretty stinkin’ cringeworthy!

It’s almost like “Batman & Robin” merged together with a Michael Bay movie. Between the stale humor and one-dimensional characters, that sort of statement makes sense. In fact, what adds even more sense into the mix is that when this movie was in development, news sites have reported about Michael Bay’s involvement.

One more time: Bay or Platinum Dunes has nothing to do with the Dora movie. It is being falsely reported in the press. Bay is set to start directing #6underground this week and Platinum Dunes has started developing #AQuietPlace 2. —webmaster pic.twitter.com/8bVYpAsFzZ

None of this is true, by the way.

However, this film was directed by James Bobin, who has some other family-oriented entertainment on his resume including 2011’s “The Muppets,” its 2014 sequel, “Muppets: Most Wanted,” and “Alice Through the Looking Glass.” Now collective reactions would suggest that Bobin didn’t stick the landing 100% of the time, but nevertheless, he’s at least had experience. And to be fair, I saw “Muppets: Most Wanted” back in 2014, directed by Bobin, and I was impressed with what I saw. It was wacky, hilarious, and fun. I’ll give credit to Bobin because I think he did the best he could with the directing job. The movie is upbeat, has a quick pace, and it never feels like anyone has an off performance. Sadly, when you put the script into play, that’s a different story. While the film is a homage to the source material, it doesn’t mean it comes off as compelling or interesting. I will say, the script does have some excellent lines from Dora’s character that make her look like an absolute savage. Dora in this movie at times is almost like a female Sheldon Cooper, it’s bonkers! But aside from a few funny lines here and there, the script does nothing to justify its existence. I buy into the plot for the most part, I think as far as the story itself goes, there are barely any problematic complaints I could make. But various characters we get to know throughout the film feel like they have no chemistry. I’ll also mention that some characters have unearned moments I won’t get into.

Sure, I just mentioned the movie can be funny. But it doesn’t mean it’s always funny, in some cases, it’s really freaking annoying! There’s this one joke where Michael Peña talks to Dora about city life, which leads him to bringing up the concept of dancing. This leads to an explanation of the music they play during community dances where a DJ tends to get involved, and the joke becomes as old as dirt because Peña’s character won’t stop rambling about the subject matter! We get it! Move on! Stop torturing me!

By the way, this movie establishes that Dora likes to sing. Ultimately, this isn’t surprising. After all, there’s a ton of singing in the cartoon. In this movie, Dora sings… A LOT, and it gets annoying. Not only does she take part in singing songs from the cartoon that certain frequent viewers have come to recognize over the years, but there is also this one song that is shown in the movie. Guess what it’s about? Well, what do kids think is the ultimate joke in comedy? Poop jokes of course! There is a song in this movie about taking dumps! Holy s*it! No pun intended! This… I want to–My brain–…Just freaking kill me! This movie sucks! OK? This takes a lack of intelligence to a whole new level! GAH!

And this brings me to something that this movie has in common with a movie like “The Smurfs.” “Dora the Explorer” has always taken place in a somewhat fantastical setting, but we never really see her in a world that comes off as realistic. The original source material for “The Smurfs” has been the same way, but in the live-action movie Sony made in 2011, it was decided that they would come to our world, making New York City the epicenter of the entire film. Seeing “The Smurfs” interact with normal people in New York, including Neil Patrick Harris, was off-putting to say the least. In this movie, I kind of got a similar vibe. Dora states she’s from “the jungle,” a jungle which according to this movie, is still on Earth. But her interactions with fellow high schoolers and others are kind of weird and full of cringe at times. But hey! If the kids like it, why change it?

Because then the movie will be smart? Bah! Screw that!

Although I will say, there was one interesting moment of the movie that was sort of a homage to the original material that I dug. It was kind of weird, but also intriguing. I won’t go into it, but if you have seen the movie “Booksmart” and know about the scene where the two main girls have to climb a bureau, this reminded me a little bit of that. It’s wacky, but it’s also a tribute to what “Dora” followers have come to recognize over the years. It doesn’t make up for the rest of crap this movie makes me go through, but it’s there.

There’s a scene where Swiper’s pretty badass. The movie’s got that going for it. But what else? What have we done to deserve this filth?!

In the end, “Dora and the Lost City of Gold” put me in what I like to call a “torture chamber of my childhood.” “Dora the Explorer” was not my goto show as a child, but this movie did take me back to my childhood. Doesn’t mean it didn’t sully my childhood at times! I think the cast did the best they could, I think the direction was somewhat tolerable, but the screenplay is less than satisfactory, the singing got on my nerves at times, and there are a couple of moments where I almost dozed off due to near boredom. I may not be in the right demographic for a film like this, but it doesn’t mean I cannot judge the film the way I see it. And the way I see it, would not happen to be through the best lens. I’m going to give “Dora and the Lost City of Gold” a 3/10. Thanks for reading this review! This weekend is the release of “It: Chapter Two,” I’m hoping to see it before the end of Sunday, but only time will tell as to whether or not I get around to such a thing. If you want to see more of my content, consider following Scene Before through an email or WordPress account, or even checking out the Scene Before Facebook page! Or, just browse for free! I don’t care, it’s your life. You do you. I want to know, did you see “Dora and the Lost City of Gold?” What did you think about it? Or, did you ever watch “Dora the Explorer?” Were you a young child? A parent? A critic? Whoever you may be, tell me your thoughts on the series! Let me know down below! Scene Before is your click to the flicks!