“Cold War” is directed by Pawel Pawlikowski (Ida, My Summer of Love) and stars Joanna Kulig and Tomasz Kot as a music director and a singer who eventually find themselves in an unlikely romance. The music director is also trying to get the singer to flee Poland and enter France alongside him. 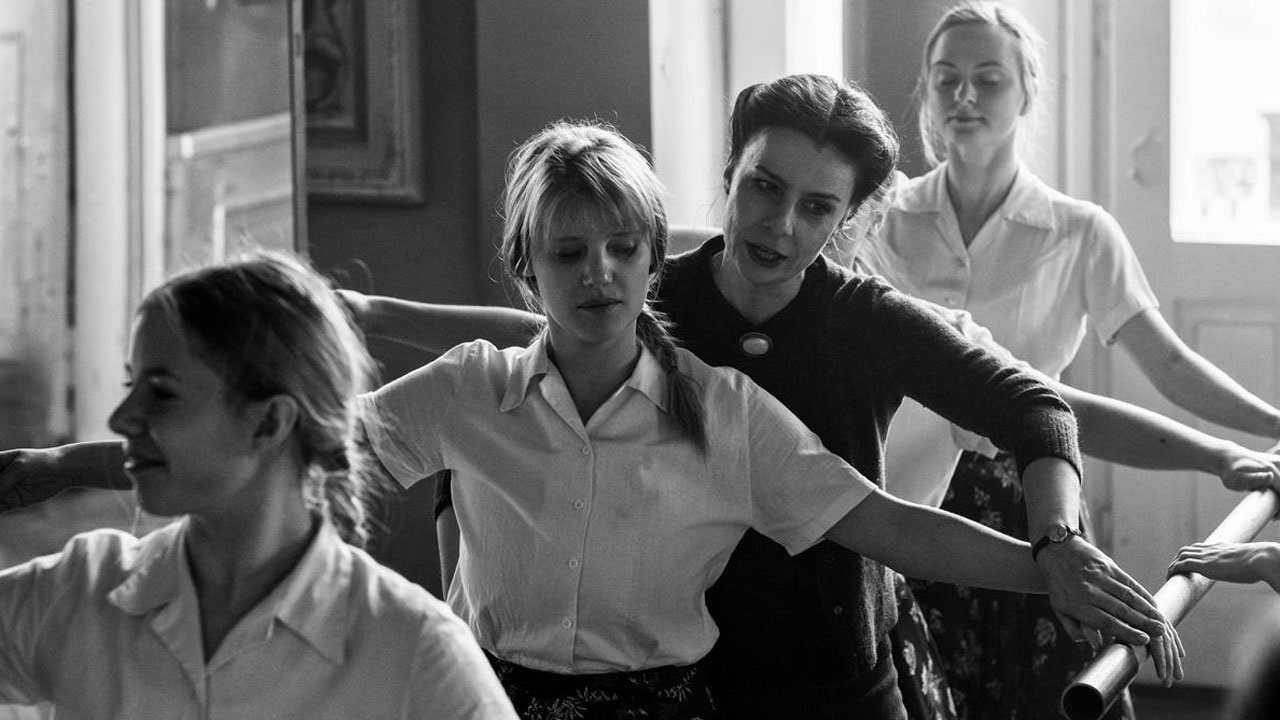 I actually heard some things about “Cold War” before going into it, but my prior knowledge didn’t really encompass of much. The main thing I did know however is something that I imagine a number of people don’t truly care about, which is the fact that this movie, at least in the United States, released on the infamous December weekend of death. It was released alongside big features including “Aquaman,” “Bumblebee,” and “Mary Poppins Returns.” Not to mention, another disadvantage this movie had is that it is a foreign film. And as much as everybody hates America right now for how it is being run as a country, many Americans can’t turn down a Hollywood film. I am usually the type of person who doesn’t care what country a film comes from. As long as a film is properly executed or well done, I can approve of it. And regardless of where this film in particular comes from, I enjoyed it.

From a technical perspective, “Cold War” shines. The film is presented in a 4:3 aspect ratio, which is rare for a film nowadays, but at the same time, has happened in the past with recent films like “The Grand Budapest Hotel.” It successfully provides an old-timey feel. Speaking of old-timey things, the film is also in black and white. Artistically speaking, I can approve of such a choice because this film does take place between the 1940s to 1960s, when not everything has been put in color yet. Speaking of things that are quirky by today’s standards, one thing I found interesting is that if the film makes a time jump, it cuts to black and goes back to providing images in a snap. There are also various shots containing a plethora of information and it is just f*cking beautiful. I won’t go into detail, but the ending shot reminded me of Orson Welles’ “The Third Man” and Robert Zemeckis’ “Cast Away.” And I’m surprised to say that because this movie, again, is entirely shot in 4:3. Although at the same time, the more square-like images can make the information provided feel crammed, and I don’t mean that in a bad way. It almost reminds me of when I go to see certain movies in IMAX like “First Man” or “Star Wars: The Force Awakens” because those have scenes shot in IMAX and when you go into the IMAX theater to see the movie, the screen fills up for a period of time, taking a break from the scope aspect ratio. 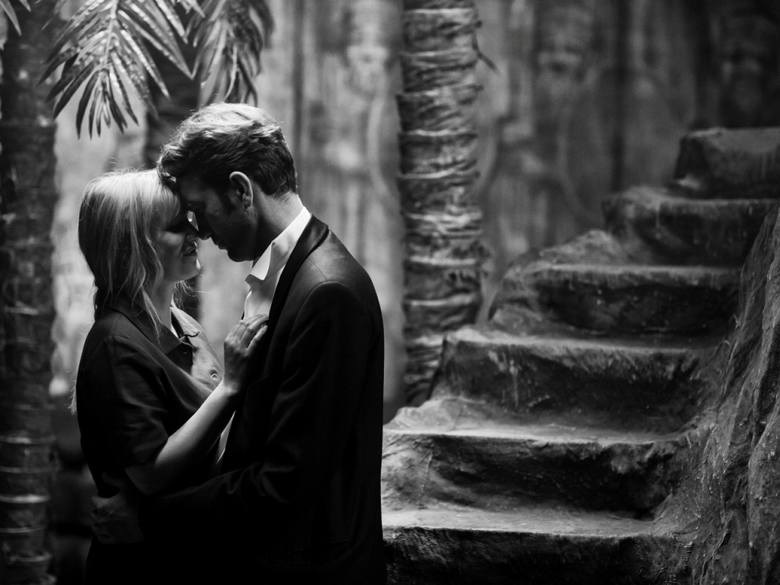 Moving onto our two main characters, Zula and Wiktor, the best thing I can say about them is that they actually feel like a real couple at times. Not all the time, but there are many times where their relationship feels extremely authentic. I will say however, I did see the movie earlier this week, specifically Tuesday, and to give you a sense as to how I feel about this film as a story, I will remind you that I saw this in an art-deco theater. If you live in the Boston area, there’s a possibility you may have heard of the Coolidge Corner Theatre. It’s probably one of the most gorgeous and state of the art cinemas I’ve ever set foot in. I saw this movie in their largest auditorium, which has the old-timey red curtain, and I found myself to enjoy it. But days after viewing the movie, I almost don’t even recall a good portion of it. Whereas just the other day, specifically Saturday, January 19th, I just saw “Roma” at that same theater. I still remember it, I can’t stop thinking about it, and I can’t recommend it enough. “Cold War” on the other hand is a good movie, but really stands out more from a technical point of view as opposed to a character point of view.

When it comes to “Cold War” as a movie, it sort of reminds me of “Hail, Caesar!” directed by the Coen Brothers. “Hail, Caesar!” is a beautifully shot movie, which is not that surprising since it was done by Roger Deakins, who recently, FINALLY won an Academy Award for his work on “Blade Runner 2049.” Hell, both movies even have great moments of music and choreography! However, in terms of overall quality from characterization and other parts related to the story, that’s where the movie leaves a little bit to be desired. Granted, on paper, the movie sounds like a good, intriguing story, but the fact is, much of it is actually not that memorable. “Cold War” is kind of the same thing. It sort of attempts to harken back to a certain time period with as much purposeful authenticity intact. Granted, there is fiction inserted throughout the entire runtime, but said fiction is taking place in a time that realistically happened, and such a thing manages to provide a quirky vibe for both films. They aren’t exactly the same considering how “Hail, Caesar!” is sort of marketed to be more fun, but “Cold War” is advertised as a more serious, compelling drama.

I’m not saying I have the inability to sit through movies like “Cold War” that are sometimes slow in terms of pacing, which coincidentally is a minor problem at times. Although what I am saying is that this movie just kind of underwhelmed me. Granted, it didn’t underwhelm me all that much. When I watched it, I had a certain positive score for it in my mind once I left the theater, which by the way still stands. Plus, this movie is not even that long. The total runtime comes out to an hour and twenty-nine minutes. Although at the same time, maybe it did feel long because I did something I am somewhat ashamed to have done.

Forgive me father for I have sinned.

I had my phone on during the movie. Now don’t worry, the ringer was off! I often leave my phone on with my ringer silent during many of my moviegoing experiences. But given how I don’t have a watch on me, and since I don’t have an iPhone, nor do I care to possess an iPhone, meaning I never wasted hundreds of bucks on an Apple Watch, I put my hand in my pocket, took my phone out, and checked the time. If I recall correctly, the brightness was low. Also, don’t worry that much! There were a few other people in the cinema alongside me, I only had it on for a few seconds to check the time, the screen was hidden from everyone’s sight, then I shut it down and put it away!

Man, that felt good and horrible at the same time. 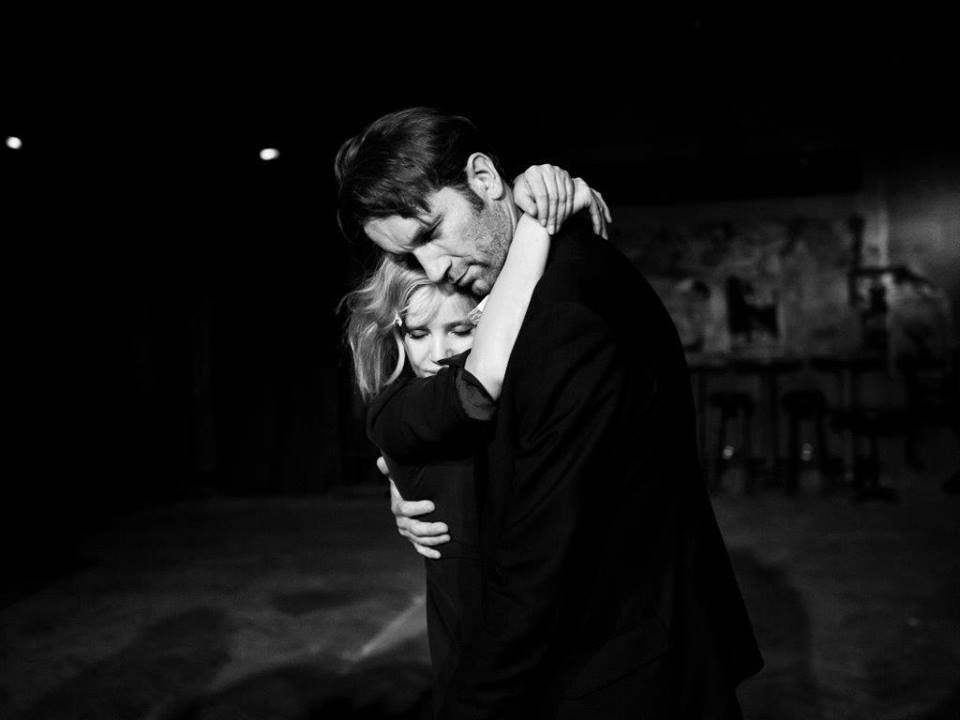 In the end, “Cold War” is kind of an enigma. I don’t really hate the movie, but over the past few days, bits and pieces of it are continually being erased from my mind. Granted, now that I am back in college, certain assignments and classes are affecting my time to keep this blog up to date, but still. Although on the bright side, the fact that I am reviewing this now as opposed to immediately once I get home from the theater might actually be a positive thing because I reviewed certain movies like “Star Wars: The Last Jedi.” I gave that film a 9/10 when I first saw it. Why did I give it a 9/10? Because I was a crazy fanboy that had certain requests I wanted fulfilled with the film. And while at the time, I had those requests fulfilled, little did I realize how much I would come to hate the movie in the very end. To sum it up, “Cold War” is one of the best-looking movies of the year, but story-wise, needs a boost, at least for me. I don’t know if this grade will make sense, or surprise some of you, but this movie was still enjoyable enough, and likable enough, that I’m going to ultimately give “Cold War” a 7/10. And who knows? Maybe the second time watching this will be better. It is coming to Prime pretty soon since it is an Amazon movie, so I can watch it for free in the future if need be. For all I know, maybe it will somehow be worse. It’s hard to tell. We’ll just have to see what happens. Thanks for reading this review! And if you have made it to the end of this post when it was released, congratulations! You picked a good post to read! Because this Sunday, I am planning to release my ultimate list of my nominees for the upcoming Scene Before Jackoff Awards ceremony. I am not going to say whether “Cold War” actually is nominated or not, but I will point out that this might be the last 2018 movie I watch before the nominees are announced. I might be going to see “On the Basis of Sex” this weekend, I don’t know for sure, but it is a possibility. But speaking of movies, I will admit that I have seen a 2019 movie recently by the name of “Serenity.” And no, this is not attached to the “Firefly” franchise, this is entirely different. My review for that will be up very soon, I’m not sure if I’ll release my “Serenity” review before or after the nominations, but it is a 2019 movie so it won’t even count in this current ceremony. Be sure to follow Scene Before either with a WordPress account or an email so you can stay tuned for more great content! I want to know, did you see “Cold War?” What did you think about it? Or, since I can praise this movie’s final shot, what is your favorite concluding shot to a movie? Let me know down below! Scene Before is your click to the flicks!