“Instant Family” is directed by Sean Anders (Daddy’s Home, That’s My Boy) and stars Mark Wahlberg, Rose Byrne (Neighbors, Insidious), Isabella Moner (Transformers: The Last Knight, 100 Things To Do Before High School), Margo Martindale (The Americans, Justified), Julie Hagerty (Family Guy, Airplane!), Tig Notaro (In a World…, One Mississippi), and Octavia Spencer (Hidden Figures, Gifted). This movie is inspired by true events experienced by director Sean Anders. It’s about a couple who decided to adopt three children who have no idea what exactly they’ve signed up for.

This movie is directed and co-written by Sean Anders, who actually wrote the screenplay basing it upon his own experiences and before I tell you whether or not this is actually a good movie, this notion gave me the urge to dive deeper into Anders as a person. He, much like the main couple in the movie, appeared to be against the idea of adopting at first, but he eventually adapted to the idea, which seems to have lead to him making this movie a reality. Regardless of the overall quality of “Instant Family,” it is an interesting motive to make a movie based on something that significantly changed your life. That being said, I REALLY don’t know how to feel about this movie.

They say that some movies and stories can be “emotional rollercoasters.” Movies that, logically speaking, can provide multiple feelings throughout such as happiness, sadness, gladness, disappointment, etc. This is that movie, and I don’t think I can say it is quite the emotional rollercoaster I would traditionally ask for. Because this movie manages to make my heart warm, make me laugh, but also question whatever is happening on screen. 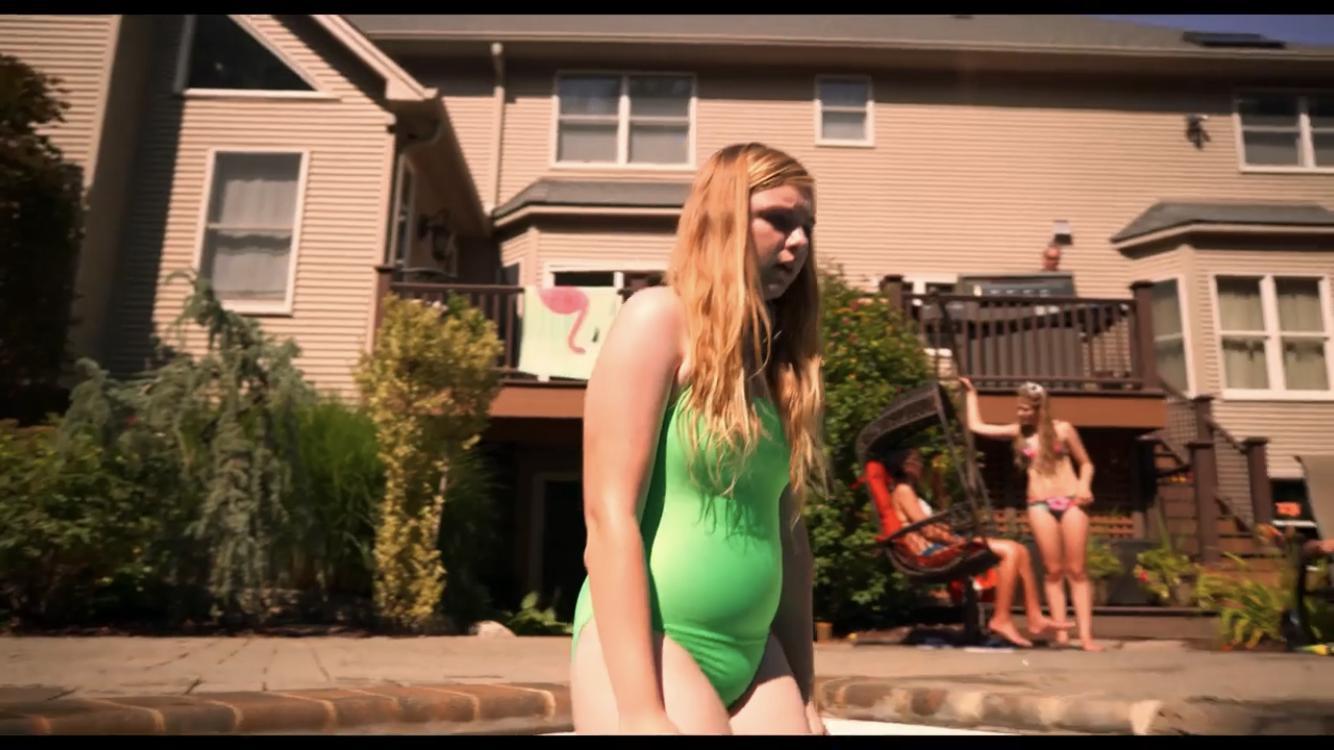 One movie I saw in 2018 was “Eighth Grade,” part of why I loved that movie so much is because of how that made me cringe. The idea of cringe is such a strange word in that scenario because in reality, cringing can be seen as a synonym for getting embarrassed. Maybe I have a slight bias towards “Eighth Grade” as an idea and a script because for one thing, I don’t have adopted children. I’m not even a parent for crying out loud. I’ve been through “Eighth Grade,” much like a good portion of other people. The cringe I’ve gotten out of that movie was reminiscent of how I would feel getting scared during certain horror movies. “Instant Family” seemingly tries to replicate an uncomfortable feeling of being a parent, not to mention, being a part of a family, but that’s all I get sometimes during scenes, discomfort. I don’t relate to what is happening to the fullest like I’d want to, or maybe I do, but I just felt more like I was watching “How To Be a Latin Lover,” one of the worst attempts at a comedy of the decade, as opposed to a compelling story.

“Instant Family” started out in a pretty solid manner, it could have been funnier, it could have been better, but it was serviceable. Then somewhere in the middle of the movie, I start to feel uncomfortable. Granted, I will say, the discomfort overall could be a lot worse, because I have a strong feeling that was what the writers happened to be going for. The way this movie this movie plays out is kind of like playing a nearly lucky game of bingo. You have your free space taken, the first three numbers called are all in a row which includes the free space, then for the rest of the game, it does not go the way you planned. All the rest of the numbers either don’t connect the way you want to, or are not even on your board.

I will say though, I gotta give credit to the performances, and when it comes to comedies, that is something that I feel may occasionally be overlooked. Granted, I sometimes make the excuse that a comedy has to make an effort at delivering humor before anything else. I stand by my statement, but performances are an important part of any film regardless of whether it is a drama going for an Academy Award, a horror flick trying to scare audiences everywhere, or in this case, a comedy made specifically to get people to laugh. Granted, compared to some other comedies I’ve seen recently, this seems to have more layers and substance attached to it. The two parents in the movie actually feel like a married couple who are trying to adopt children. The children feel like they act their age, and are quite charming. There’s also a grandmother in the movie that personality-wise, is kind of hyperactive, and while I do consider the character to be rather cliche in ways, I thought she was portrayed and written well for a film like this.

Mark Wahlberg plays Pete in the movie, and as mentioned, he’s portrayed with excellence. Granted, it’s not worthy of awards, but Wahlberg did well with the provided material. With that in mind, it is also worth mentioning that Wahlberg kind of already played this character before. In fact, you can also say that Sean Anders, the director of this film, also directed this character before, played by the exact same person. Anders directed “Daddy’s Home,” which stars Mark Wahlberg as a biological father to multiple kids. The children are living with their stepdad (Will Ferrell), but for some time, Wahlberg is in town so the two raise the kids together. Aside from being a father, one thing that really stood out to me about Mark Wahlberg’s character is that he would teach his kids to be tough and stand up to others. Thinking back on “Instant Family,” I must have achieved a similar vibe during one scene. There is one scene that I thought was completely entertaining where Wahlberg is with his adopted teenage daughter and they break s*it with a hammer.

One minor issue I have with the movie is actually something I’ve been experiencing a lot lately. While this movie has a solid runtime to avoid complete agitation, the pacing could have been better. There are a couple moments where this movie feels climactic, where it feels like it could have a solid ending, but it just chooses to go on. It’s just like the climax to “Deadpool 2” although much less interesting and entertaining.

Let’s be real, “Instant Family” is no masterpiece, and part of me thinks that this movie isn’t for everyone. Sure, it’s heartwarming. Sure, it’s funny. Sure, it’s raw. But it almost at times feels like a surface level movie in certain aspects. The humor at times is barely passable, and the does have that studio feel I bring up from time to time. I feel like a number of people are gonna sit down, watch this movie, and probably enjoy themselves for a couple of hours. However, due to my lack of relatibility to the movie, not to mention my personal critiques, I can’t say it’s a movie for me. I wouldn’t say however to avoid it, but I feel like some people will have more fun than others.

In the end, “Instant Family” is an alright attempt at a feel good comedy. However, it feels more like a reality check on parenting that focuses more on crazy visions of realistic situations than a story that’s supposed to make you smile. I appreciate the vision, but it just didn’t work for me. Plus, if I’m not at that point already, I seem to be getting to the point where I’ve practically seen it all when it comes to comedy. Nothing feels new or fresh. “Instant Family” is by no means 2018’s worst attempt at a comedy, but it adds cliches I have already seen and just doesn’t feel like the best possible product it can truly be. I am going to give “Instant Family” a 5/10. I will say once again, this is an emotional rollercoaster. When I began to leave the theater, the one word I could use to describe my experience was “confusing.” Don’t get me wrong, I understood the movie, it’s not like I watched a deep puzzle-like flick or something, it’s a simple attempt at comedy. But I had a mix of positive and negative emotions throughout the film, and while I had fun watching the movie, I don’t think I have any desire to watch it again anytime soon. There’s a good chance this score could change in the future. What will it change to? I honestly don’t know. Only time will tell. Thanks for reading this review! Next week I’ll be going to see an advance screening of “The Upside.” This movie is a remake of 2011’s “The Intouchables” and I’ll have my review of “The Upside” on the web as early as possible. Also, I’ve talked about them for sometime, I’ve been building them up like Thanos, and now they are going to arrive! My next two posts are going to be my top 10 BEST movies of 2018 and my top 10 WORST movies of 2018! I’m so excited to release these to you all, and I’m looking forward to a great 2019, happy new year everyone! Be sure to follow Scene Before either with a WordPress account or email so you can stay tuned for more great content! I want to know, did you see “Instant Family?” What did you think about it? Or, what is a movie where you cringed due to a relatable moment, scene, or segment? Let me know down below! Scene Before is your click to the flicks!