“Won’t You Be My Neighbor?” is directed by Morgan Neville (20 Feet From Stardom, The Music of Strangers) and stars Joanne Rogers, Betty Aberlin, McColm Cephas Jr., François Scarborough Clemmons, Yo-Yo Ma, Kailyn Davis, Joe Negri, David Newell and is a look behind the curtain of the life of Fred Rogers. If you don’t know that name, then you aren’t familiarized with children’s television programming from the 1960s or 1970s.

Going into “Won’t You Be My Neighbor?,” it was one of my most anticipated films of the year. I don’t traditionally review documentaries, I don’t usually watch documentaries, but this one, regardless of my intentions to review it, felt special on paper. I never had a childhood, for what I remember, where I was exposed to Mr. Rogers on television. To my knowledge, not many people today have that either. With today’s kids it’s mostly “Paw Patrol” or other things that happen to be similar to that. I remember my grandmother singing the theme to “Mister Rogers’ Neighborhood” as she was watching over me from time to time however. But watching “Won’t You Be My Neighbor?” taught me the absolute specialty of “Mister Rogers’ Neighborhood,” which not only made me realize how great the documentary was, which by the way, it is, GO SEE IT NOW, but made me think that my childhood may have been… really s*itty. 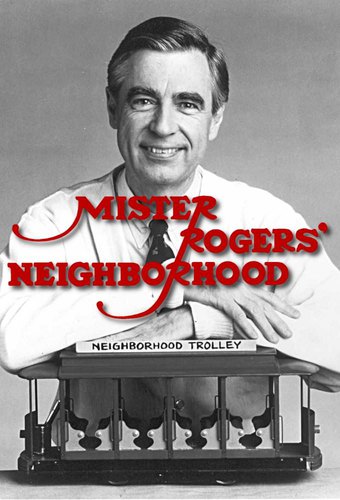 Don’t get me wrong, my childhood was awesome. I went on several getaways, I went to amusement parks, I went to all sorts of malls, I enjoyed time with friends, but watching “Mister Rogers’ Neighborhood” would have probably taught me something I needed to know more. To be specific, the need to be nice to others. I was a stupid kid in elementary school (for the most part), I did a lot of things I really shouldn’t have done, and ultimately regret. Part of it almost makes me hate my life. While the movie tries to set a counterargument that maybe Fred Rogers made some kids feel more entitled than they need to be, I think that I would have had a better childhood if that were in my life, maybe even a better life in general. Let me tell you what I watched in my childhood. I watched “Power Rangers,” a flashy live-action hyper-mania f*ckstravaganza with explosions and people screaming for the sake of making noise. I watched all sorts of things that are based on “Hot Wheels” cars, which had tons of replay value, but I was more into racing than I was into inserting any kind of real world events into my head. I watched the newer seasons of “Spongebob Squarepants.” WHAT WAS I THINKING?! Granted in my preschool years, I watched some decent content regarding that age group, such as “Blue’s Clues” or “Dora the Explorer,” but as far as I recall, there was probably NOTHING like Mister Rogers’ Neighborhood. It takes a concept that may sound corny, but kind of works! You have this guy who is on a low-budget set, with low-budget props, and has a show shot on low-budget film equipment (at least for some time), and lets people, although mainly children, know they are special the way they are. What really sets Mr. Rogers apart from other people in children’s television is his raw charm. You know how in religion there is one figure that everyone is guided to be? In this case, Mr. Rogers basically combines religion with the real world. I’m not gonna give my religious beliefs away, because that’s not exactly what I intended to do here on WordPress or Scene Before, but let’s just say, if I were a hardcore Christian and saw this movie having no idea who Mr. Rogers was, I’d say he’s quite possibly the closest person to qualify as the second-coming of Jesus.

In fact, to some people’s minds, they’d disagree, because Rogers was essentially someone who opened up his heart and loved everyone. Straight. Gay. Bi. White. Black. Young. Old. Boy. Girl. You name it. He was someone that just wanted to spread positivity, happiness, anything that associates with being a joyous person. This movie goes into detail about how some people were against Mr. Rogers for telling children they were special, saying that it either goes against traditional values or makes them bratty. Honestly, if I were a kid, being told that I’m special or a joy to have in this world would be amazing. Being told I’m a failure would only lower my confidence, not to mention my will to live. Handing down the necessary joy of life, no matter if it’s being given to a child who can take care of themselves or somebody else, is a pretty important task for parents or guardians to take on. Mr. Rogers almost comes off as if he is the ultimate parent. He’s very calm, he’s inviting, and he wants to hear what children have to say. In fact, a good number of the stories we consume nowadays happen to be stories of good vs. evil. I’m not saying these people are evil or anything, but to say that someone can’t be anything is wrong and diminishing on so many levels. Now if your kid tells you they want to be the world’s nastiest destroyer then that’s a different story, but if your kid wants to be something that can shed something positive, light, or joy in the world, you might as well help in getting them to their goal by supporting them, listening to them, and guiding them.

When it comes to the overall goal of “Won’t You Be My Neighbor?,” it tries to make Mr. Rogers look like the definition of a role model and a hint of guidance, and I’d say the movie did its job. Along the way, the movie tells the highlights of Rogers’ life, this includes “Mister Rogers’ Neighborhood” (of course), his sitcom “Old Friends… New Friends,” and how he broke ground in aspects regarding children’s television and the way we look at others. Mr. Rogers was a lifelong Republican, not to mention an ordained minister for a church. This guy was doing television in the 1960s and the 1970s, and for a guy to be doing something such as telling people it’s OK gay to be gay, not to mention sharing that statement to an audience alongside someone who actually is gay, is ballsy given both his background and the time which he lived. But he did it, and I appreciate the dude for it.

Speaking of ballsy, as the documentary went on, I discovered that Rogers really pushed the limits on children’s television without exactly coming off as dark. He talked to children about death! He talked about divorce! He’s basically a televised therapist that everybody didn’t need to travel outside their house every few months to see. I have divorced parents, and when they were separated, I went to a therapist to talk about my life during that sort of time, and I didn’t really feel so good. It’s hard to talk about, no matter who you are. But no matter the difficulty, Mr. Rogers was able to talk about it!

One of the best quotes I’ve heard in the movie, is something I can’t say word for word only because I’m not sure how it goes piece by piece, but it goes something like this:

“I believe silence is one of the greatest gifts we have.” -Fred Rogers

I can associate with that quote with just about any part of my life. I have sensitive ears, so therefore, I’m not fond of loud noises. I enjoy my alone time, I’m not saying having friends sucks, but I really admire alone time. I even grew to know that just because a movie is big and loud, doesn’t make it good. It can be good from being big and loud. A large number of movies in the Marvel Cinematic Universe for example are explosive and can still maintain a feel of intelligence (for the most part), but some movies like those in the Michael Bay “Transformers” franchise can sometimes make you feel stupid because it’s nothing but noise. Silence can allow you to concentrate, dissect, and sometimes keep an audience in suspense. What Mr. Rogers was able to do with a show that the more I think about it, can associate with something such as peace and quiet, makes him all the more admirable.

Also, considering how nice and joyous Mr. Rogers presented himself both on “Mister Rogers’ Neighborhood” and in real life, I always think to myself, there’s nobody like him. Although one comment from an interviewee truly caught my attention, and it’s because he said the opposite of what I said. And maybe he’s right. This may not count for everyone, but for a number of people, we are all trying to be nice, a role model, and have a positive attitude. Rogers embodies all of those things. There aren’t really many people that *I* can think of that rank alongside Rogers in that sort of way. The closest I can think of are a few people such as Bill Nye, Curtis Armstrong (I’m biased here), and Robert Carradine (again, I’m biased). This documentary taught me that we need more people like Mr. Rogers. Maybe someone watching this will say that they want to be more like him, maybe they’ll say they had a life more like his, and if they’re like me, they’ll say they want to have a childhood with Mr. Rogers. As someone who thought the live-action “Alvin and the Chipmunks” movie was entertaining as a kid, I want the kid version of me to have Mr. Rogers to in their life to make them realize how wrong I was for thinking such a thing.

In the end, “Won’t You Be My Neighbor?” is one of the most amazing pieces of art I’ve witnessed not only this year, but this entire decade. It might even be in the conversation of possibly being my favorite documentary ever. I haven’t seen too many of them, I’ve seen a good number, but not a lot of them were epic. I must say, this was not epic. This was beyond words one could ever think of. I know that as a guy it makes people like me look like a wuss to cry at the movies, but from scene one, my eyes were watering. And I held all my tears in, but if I were Sadness from Pixar’s “Inside Out,” this would have been the most defining experience of my entire life. “Won’t You Be My Neighbor?” is not just a reminder of the awesome person that Mr. Rogers is, it’s a reminder to be a decent human being, not to mention a reminder to be the best person you can be. I’m gonna give “Won’t You Be My Neighbor?” a 10/10. Thanks for reading this review! Pretty soon I’m gonna have a couple more reviews coming up, such as my thoughts on “Uncle Drew,” and also my thoughts on “A Wrinkle In Time.” Be sure to stay tuned for those articles and more great content! I want to know, did you see “Won’t You Be My Neighbor??” What did you think about it? Or, did you grow up knowing the name Mr. Rogers? If so, can you tell me a bit about that? Let me know down below! Scene Before is your click to the flicks!