Before we dive into my review for “The Commuter.” I’d just like to ask you something. When you go on a train, what is it like? For me, it might differ than the average person’s opinion. While some may say that going on a train is just something they do like a bunch of other people to get from point A to point B, and some may say it’s not their favorite thing in the world, but necessary, I prefer to call it an experience. Personally, I love trains. Maybe it’s because I don’t have to ride them everyday, but I’m what you may call a “railfan,” which is another way of saying “train enthusiast.” They honestly make me feel like a little kid at times. Speaking of which, allow me to introduce once more a couple who will be having a little kid of their own, Genevieve and Paul. They’ve tried really hard, they’ve came out victorious after an infinite amount of trainwrecks (insert drum rimshot). This is all explained in “What the IVF?!”

“What the IVF?” is a relatively new web series on YouTube. Yes, YouTube, not YouTube Red. The one where you can watch things for free, keep your wallets in your pocket. In this series Genevieve and Paul document their journey to conception, which to them, is basically reproductive rocket science. Also, I keep saying every single time I promote this, that these two have to suffer through an overwhelming number of needle injections. Guess what? Now’s the time you get to see that! (insert “The Price Is Right” fail horn). In their latest episode, titled “Shots! Shots! Shots!,” it’s needle injections galore! This is why the two geniuses behind this series decided to upload two versions. One where you can see the needles, and another where the needles are censored out by a dog’s face. I watched the needle version, and I honestly thought it was the most disturbing episode in the entire series, personally because I HATE needles, which personally enhanced the experience. You guys make your choice on which episode you want to watch, I’m not here to judge you. To watch all the episodes in the series go to the “WTIVF?” YouTube channel and watch to your heart’s content! Be sure to subscribe, ring their bell, check out and follow their other social media HQs, and be sure to tell them I sent ya over!

“The Commuter” is directed by Jaume Collet-Serra (Non-Stop, The Shallows) and stars Liam Neeson (Taken, Unknown) as a man who lives in New York. When he’s not with his family there’s a good chance he’s working. One day he’s coming home on the train, and he meets this girl named Joanna (Vera Farmiga). She explains a task she’s offering to Liam Neeson’s character, Michael MacCauley, that someone on this train does not belong, and this eventually leads to people’s lives being put at risk, and most unfortunately to MacCauley, the lives of his own family.

This movie is directed by the same guy who directed a movie I saw in 2016 which I highly adored, “The Shallows.” I thought it was a really intriguing shark movie with some neat cinematography. Also, Blake Lively’s a bombshell. Not that it has anything to do with movie, but I must say she rocks a bathing suit for sure. But I must say I’m disappointed she never watched “Jaws” prior to making the film. Anyways, I really like “The Shallows,” I thought it was pretty well directed for the most part, I think there was too much blood at times. Not that it scares me, but I thought it was kind of unrealistic.

When it comes to this movie, there are a couple moments that really stand out. For example, when Michael is commuting to the city, you can see all the different times he’s commuting, and it’s easy to tell by the movie’s color palette. At first it was a little jumpy, but the more I thought about it, the more I appreciated it. There’s also a moment that I can quite possibly praise the writing and directing. MacCauley is walking through Grand Central, and it shows a mix of crowds, which might as well signify different times he goes to work. Speaking of the beginning, I thought they nailed the vibe of a commuter train on a busy workday. Somewhat depressing, and just a plethora of progress. The music says everything. There’s also one shot I really like that’s a constant zoom out from one train car to the next. Speaking of cinematography, this movie, much like some others I’ve seen recently in the action genre (Kingsman: The Secret Service, Atomic Blonde), has an extended one shot take of an action sequence. Liam Neeson and Vera Farmiga play their roles with excellence. What’s the other thing? Liam Neeson beats a guy up using a guitar! And for the most part, that’s what the movie’s positives contain. The rest of it, sadly is kind of boring and not as interesting.

While “The Commuter” is certainly not the best it can be, it certainly can be a lot worse. Without stating my final verdict, this movie allows you to kind of care about the main character despite not knowing too too much about his life, and enjoy some decent action. Neeson did sound like he was trying, but all in all he was just in a movie that served a purpose, but the purpose which it served could have been more well executed. In fact, even if he wasn’t trying, I at least imagined that HE would have thought this movie would have come out with some positivity. And I say that because he and the director of this film have worked together before in projects including “Unknown,” “Non-Stop,” and “Run All Night.” I’m not saying those movies belong in the all time greatest movies list, but they are all from what I heard, competent pictures. I haven’t seen any of them so I can’t really judge for myself, but I haven’t heard too many bad things about them from others. I own “Non-Stop” on Blu-ray which I actually hear this movie’s similar to in a number of ways. After seeing this movie, I actually kind of want to watch “Non-Stop” to compare the two and decide for myself which is the better movie.

I already mentioned a lot about Liam Neeson in this movie. He plays a character named Michael MacCauley, he’s really good in terms of acting, and you totally buy into his character. I had no problems with Liam Neeson, at least none that completely come to mind. I mentioned in one of my reviews, specifically for “John Wick: Chapter 2,” that Liam Neeson is up there as one of my favorite actor when it comes to what he can do in the action genre. The guy is the definition of “Hey there kid! I’m sixty-something years of age and if you don’t give me what I want I’ll kick your arse!” And he continues to prove that in “The Commuter.” 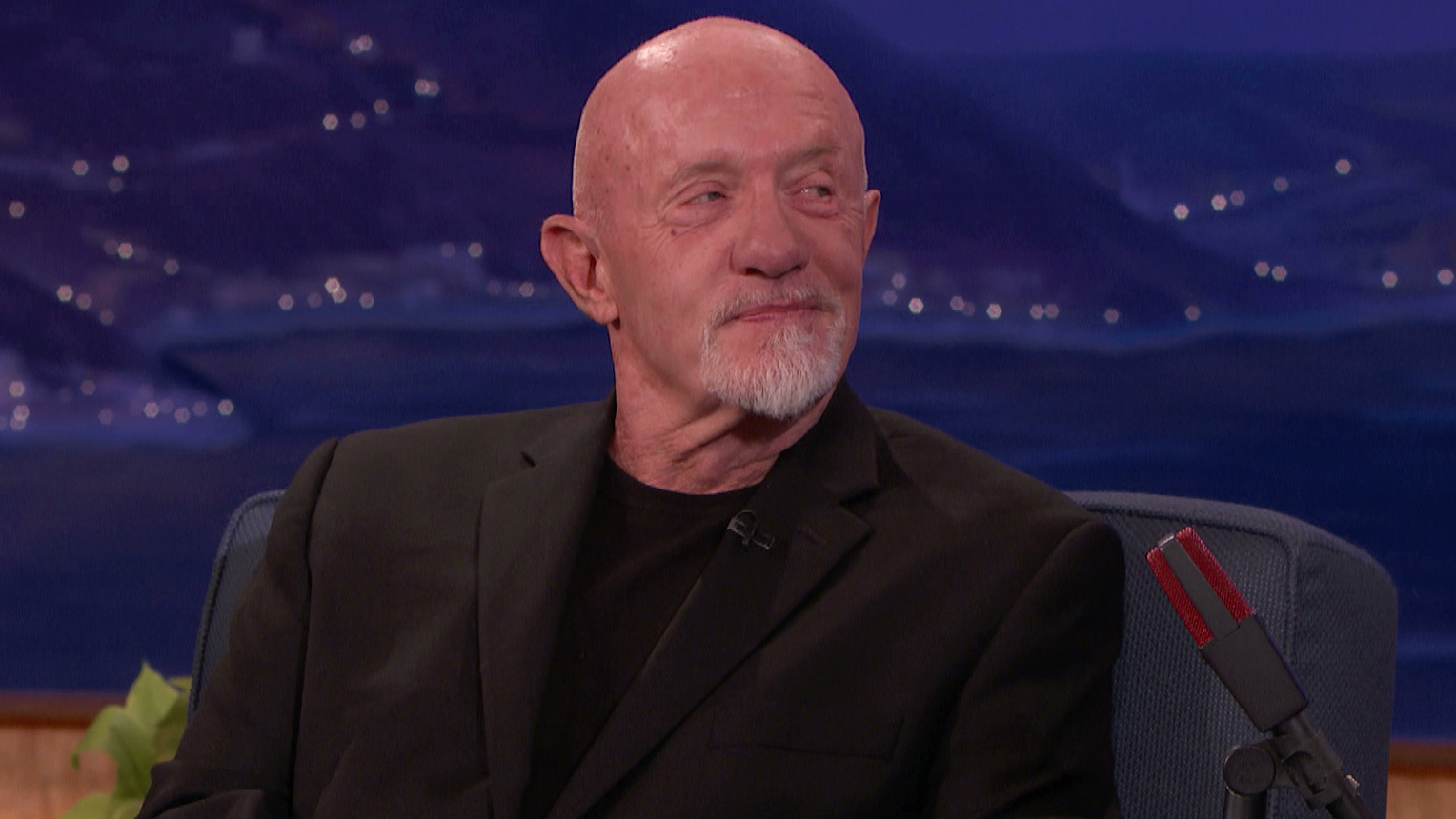 One character in this movie is played by Jonathan Banks (Breaking Bad, Gremlins) and he goes by the name of Walt. Apologies for not having an image of his character, there were none on IMDb, and that’s the source I usually use for these sorts of things. I thought his performance was competent enough, almost looked like a honed in performance, but it felt like it was enough during my watch to seem as if Banks was actually giving a damn. I won’t go into spoiler territory, but something happens to his character that’s very important towards developing the plot, and had I gotten to know him better, I honestly thought it would have made the overall movie a little more intriguing, especially in that one particular moment I won’t get into.

This movie is an hour and forty-five minutes long. I gotta say, this is not exactly the most boring movie I’ve watched all year, that title belongs to “The 15:17 to Paris,” which is interesting because that too involves part of the movie taking place on a train. One thing that I will say however, is that this movie at times, feels like a snooze-fest. That doesn’t mean there aren’t any cool, awesome moments to enjoy in this movie, but it just means the film sometimes becomes dull and it’s something that you have to deal with. “The Commuter” does have a place in our society, and luckily, that place, is not the garbage bin. Although with its place in our society, I do think it has some questionable traits it brings along the way. One most notably towards the end of the film, but I’m not even sure how long that complaint of mine will last because I’m not even sure if what I even saw was real. Again, this movie is dull! Forgive me for my sins against humanity! 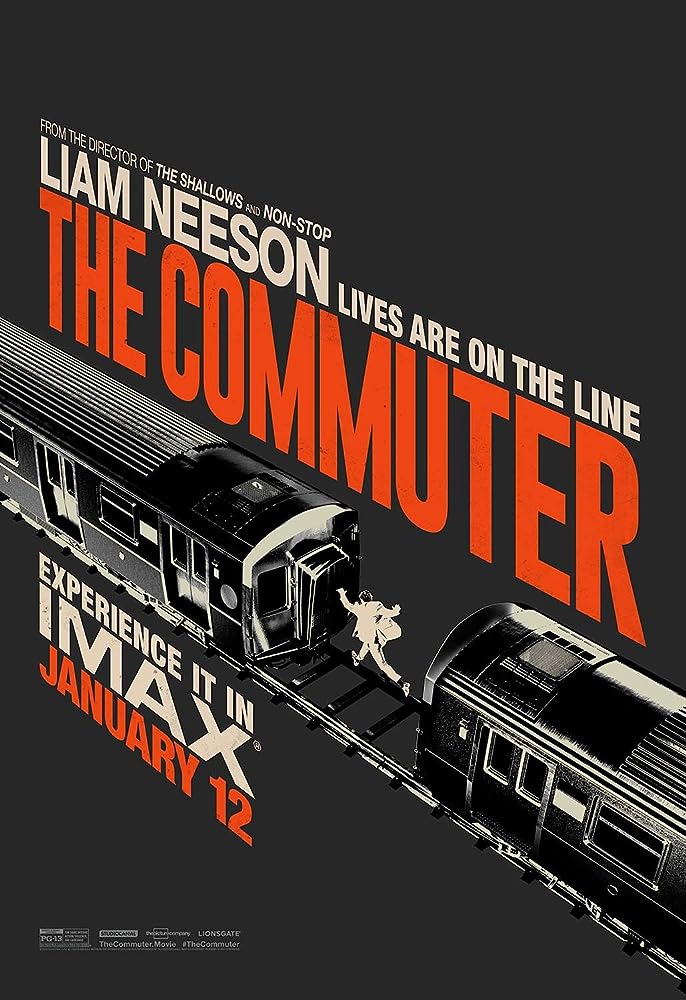 In the end, “The Commuter” is not the worst of movies, but also is far from the best of them. Liam Neeson provides a decent performance in this hour and a half action flick to for me to say, hey, nice to see Liam Neeson. Depending on who you are, if you watch this movie, you might not remember it for the rest of your life, and I do think that this will probably be one of those movies that will make for good background noise at a party. Or it can be background noise for literally anything else. I can imagine this movie being on some network like TBS and some people tuning into the channel to the point they say, “Hey, it’s Liam Neeson, cool dude. Let’s see this guy kick some ass!” However, it’s not enough for me, but I give the movie credit for trying. I’m going to give “The Commuter” a 5/10. The best thing about this movie is that it’s not taking too many shots to show Liam Neeson climbing over a fence.

Thanks for reading this review! Pretty soon I’ll have my review up for “Life of the Party” starring Melissa McCarthy, and as far as next weekend goes, “Deadpool 2” is coming out, so I think my plans may be set there. Until then, I ask all of you to stay tuned for more great content! I want to know, did you see “The Commuter?” What did you think about it? In case you don’t know, I actually missed it in theaters, I waited for the home video release, and I bought the 4K at Best Buy a couple weeks after it released on that format. I’ll also ask, of all the collaborations between Liam Neeson and Jaume Collet-Serra, which one is your favorite? Let me know down below! Scene Before is your click to the flicks!