Hey everyone, Jack Drees here! If you have paid close attention to the title of this post, you can tell I’m really pumped about what I’m going to discuss. If you have followed this blog for awhile, occasionally you might see angry posts about certain movies being made. I did one on the “Jumanji” reboot having a video game instead of a board game back in March and during the same month I did one on an announcement going around concerning a possibility that “The Matrix” was gonna be remade. Before that, I did a post in December about the fact that “The Emoji Movie” is a thing that exists. And no, since then it has not been canceled! It’s actually coming out July 28th! I wasn’t fond of those ideas and my opinions on said ideas are represented quite clearly in my posts dedicated to them. However, today is gonna be a little more positive. Today we’re gonna be talking about an upcoming movie called “The Disaster Artist.”

If you are unaware about this film, it is about the making of “The Room,” which is considered to be highly regarded as one of the worst films ever made. I haven’t seen “The Room” from beginning to end, I know what it’s about, I’m well aware of its overall cheesiness. Nevertheless, I’m really f*cking stoked for this film. Before we dive any further into this topic, I’ll explain the overall concept of it to you right now. 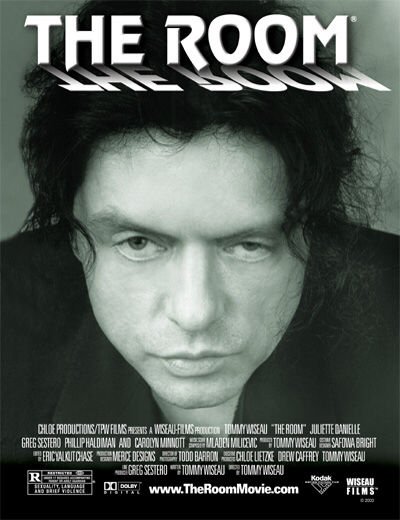 “The Room” is a film from the early 2000s, it is directed by Tommy Wiseau, who also wrote the film, and played the lead character of Johnny. The plot of the film is that Johnny is a successful banker living in San Francisco with his fiancee, Lisa. However, Lisa eventually is unsatisfied with Johnny and decides to seduce Johnny’s best friend, Mark. The concept of this film is pretty simple, however, many viewers found this film’s unintentional humor to be spinning in a wheel of complexity. And it probably gave the idea to many people, when they see a movie with the word “room” as such a defining part of the title, it would probably be bad. 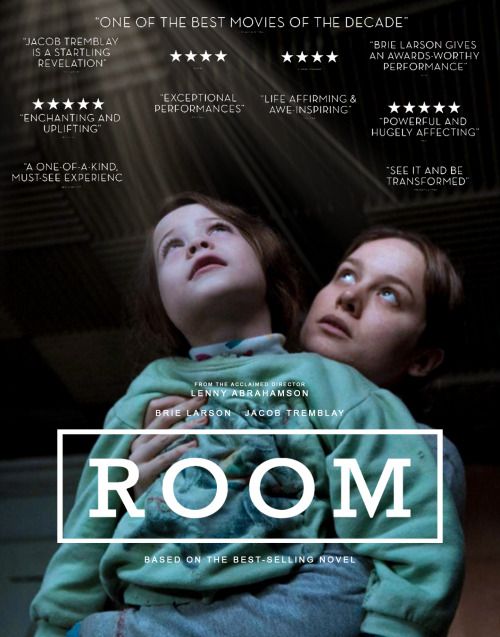 Oh yeah, this happened during the following decade.

There are tons of screenings for this movie around the world, in fact Tommy Wiseau is currently doing his “Love Is Blind” tour which he does screenings for this movie, people get to meet him in person at a number of them, and there’s a Q&A session. There are probably a number of things people may think of when it comes to “The Room,” one of the biggest things I personally, and perhaps a high number of other people think of is some of the dialogue. Some of the movie’s most infamous lines are listed below.

LISA: Did you get your promotion?

In fact, for the teaser of this movie, we get to see this moment of the movie as if it were just being created. Since we’re on this topic, let’s talk about the trailer.

After we see a couple of logos, we cut to Tommy Wiseau, played by James Franco (Spider-Man, 127 Hours). He’s coming out of a door onto a rooftop. You can see he’s got his wig on, and if you know about “The Room” that wig might be stuck in your mind. There’s a green screen around Tommy and you can also see a black guy holding a mic. Tommy doesn’t remember his line, and the director clarifies which line Tommy has to say, then the scene starts all over again. Believe it or not, Tommy has to ask what the line is AGAIN. Then we see the THIRTEENTH take of the same scene! Did this actually happen? I don’t know, but I’m curious to know if it actually happened. At one point, the production is BEGGING for this s*it to end, and they’re all saying what the line is. Then, they get to, I’m not kidding, TAKE 67! Tommy comes out the door, then he says “I hit her!” Just wow! The director wonders if the line should be changed, then it cuts to him saying action, repeatedly, only because Tommy can’t hear him say action! The title shows up for the movie, and we get to Tommy perfecting the line. Everybody applauds based on what happens and the trailer ends.

The vibe of this trailer is perfect and it gets me super excited for this movie. It doesn’t feel dark, it’s almost somewhat goofy although serious if you ask me, and it honestly makes me wonder what really happened behind this set of the movie. Even though this trailer does explain the concept of this film, it does leave me wondering what this film is gonna be like. Is it gonna just focus on the production of this movie? Is it gonna involve Tommy’s personal life? I don’t have a clue. As far as other compliments go, the costumes are great, James Franco is probably gonna make a good Tommy Wiseau, and whoever came up with this idea is a movie god. By the way, James Franco’s brother, Dave Franco, is also in this movie and he’s playing Greg Sestero, the guy who plays Mark in “The Room.”

Another fun fact about this movie, it actually comes out a week before the new “Star Wars” film, December 8th to be specific. So while I imagine this movie would do OK on its opening weekend, I’m apprehensive towards how it’ll do afterwards. And to be completely honest, as much as I am a huge “Star Wars” fanboy, not to mention one who is certainly hoping to go see the new “Star Wars” on opening night, I’m actually currently a bit more excited to see this film instead of the new “Star Wars.” Why? Because this movie has better marketing. I liked some aspects of the teaser for “The Last Jedi,” but ultimately, the teaser was not only painfully average, but it made me wonder if it’s just gonna rip off so many elements from “The Empire Strikes Back.”

Also, if this movie’s good, which I bet will be the case, I want to see another movie on the making of another awful movie. One story I’m curious to hear about, is possibly the making of 2015’s “Fantastic Four,” otherwise known as “Fant4stic.” I saw this movie in the theater and it wasn’t that good. Although I did like it better than a number of other people, which is saying something, because many people consider this to possibly be the worst superhero movie ever made, if not the worst Marvel movie ever made. What made this movie pop in my mind was the fact that “The Disaster Artist” could have an interesting story behind it when it comes to the movie’s production, and if that is executed well, I might want to know more about “Fant4stic,” especially when you consider this tweet from Josh Trank, the director of “Fant4stic.”

By the way, if you go to his Twitter right now, that tweet has been deleted. I want to know, what was this “fantastic version” of “Fant4stic?” This is a story I want to see, not the fantastic version of “Fantastic Four.” OK, yeah, I actually do want to see that and I think everyone else does at this point, but nevertheless, I would like to know how this movie came together and maybe if there was any studio interference when it comes to this movie. Oh, and yeah, if this movie actually comes to life, don’t ask FOX (the studio behind “Fant4stic”) to do it, they’ll probably shoot you out of a cannon towards the Pacific Ocean, leaving you to drown.

Right now “The Disaster Artist” is one of my most anticipated movies, I haven’t seen “The Room” in its entirety, but I feel like I should now before I go see this movie. Also, I want to know, what is the worst movie you’ve ever seen? Or, what is a movie you can think of that’s so bad it’s actually good? Me personally, I think of “Batman & Robin” when it comes to this topic. Also, stay tuned for more content, including an upcoming review for the movie “Dunkirk,” it has now been confirmed I’m going to see this movie next week in IMAX 70mm film, I’m super excited, look forward to my review. Also this weekend, I might go see “The Big Sick,” starring Kumail Nanjiani, stay tuned for that review as well if I get around to seeing that movie, and stay tuned for other content on this blog! Scene Before is your click to the flicks!