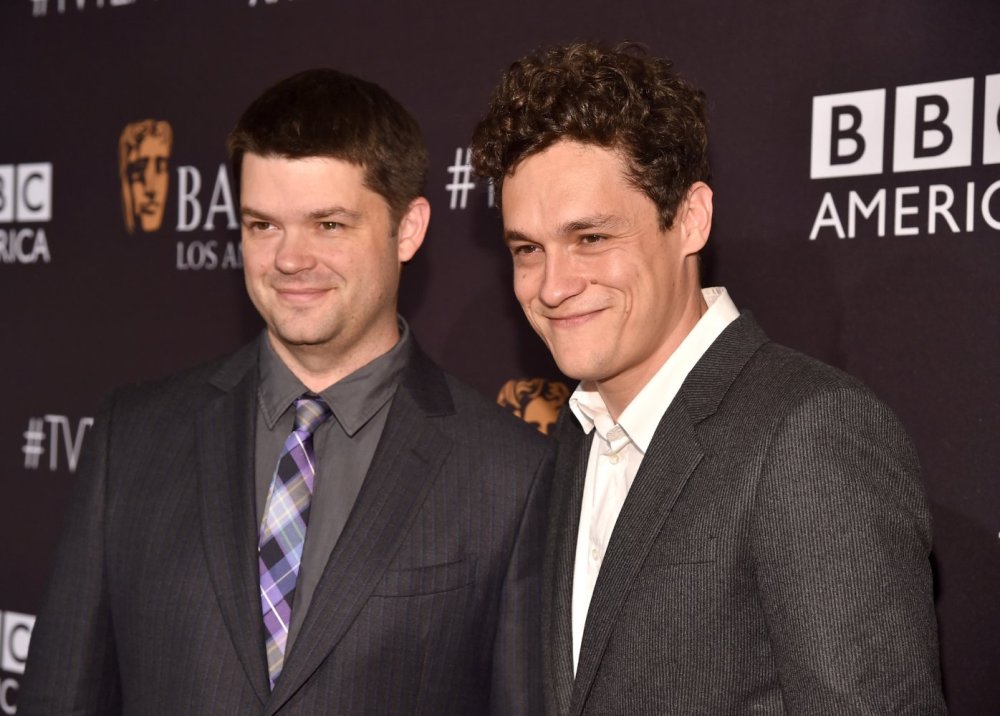 Hey everyone, Jack Drees here! If you know me in real life, you may already know I’m a mega “Star Wars” fan. There’s a lot to love about it in my book, and with that love comes a bit to hate as well. 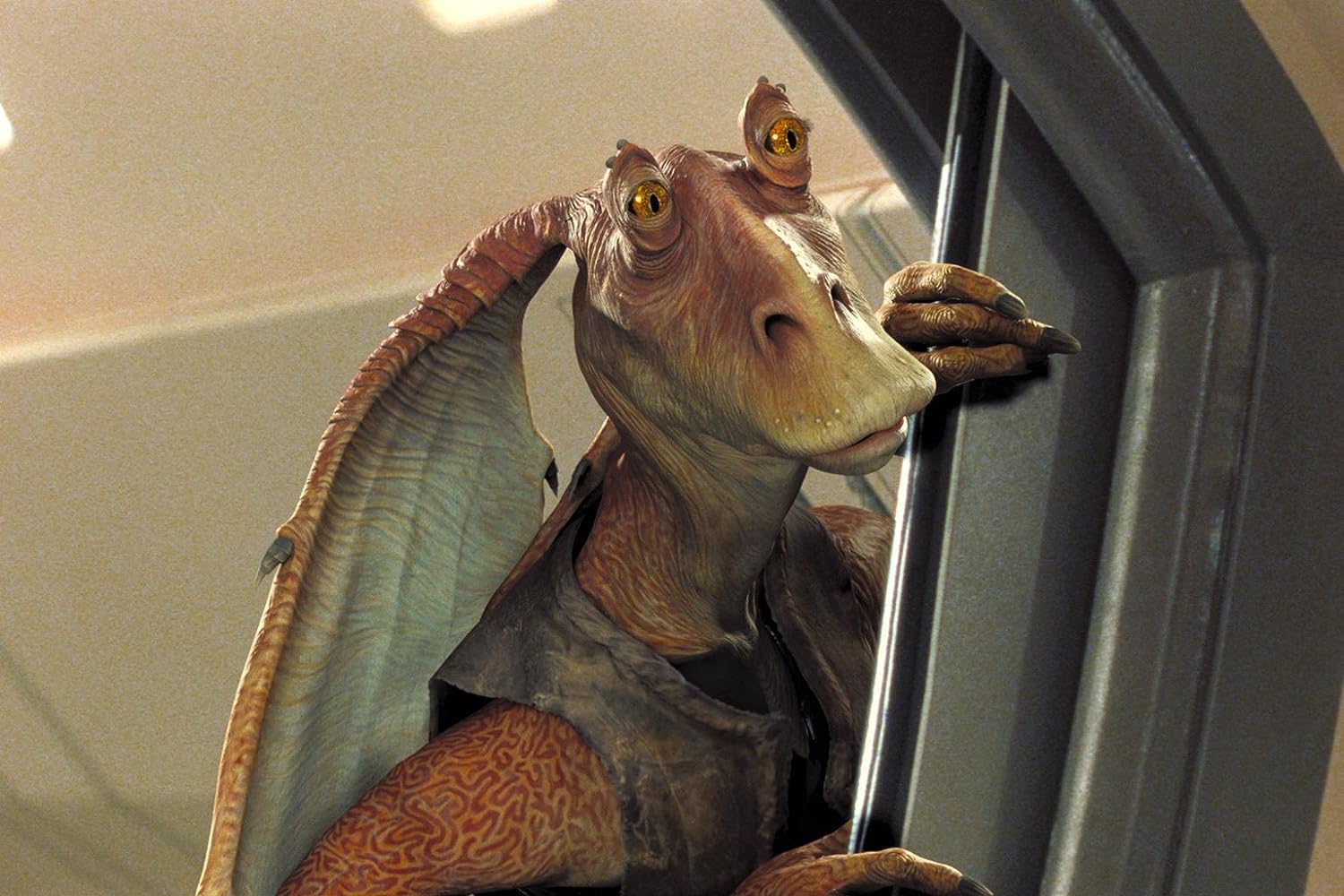 Ah! Not this little prick! Seriously dudes, f*ck this guy! F*ck him! Just f*ck this CGI piece of dogs*it! Ugh, I apologize to the majority “Star Wars” who are in agreement and absolutely hate this f*cking tool… that… you… had to see this picture. At least you aren’t seeing him talk, so that’s some good news… Anyway, where was I? Oh yeah, right.

If you have been following “Star Wars” at all recently, you may have been aware that a standalone Han Solo “Star Wars” film is in the works. It’s gonna have Allen Enrenreich (Blue Jasmine, Hail, Caesar!) as Han Solo, my personal pick for the role would have been Miles Teller (Whiplash, Divergent), but we’ll see how Allen does. We also have Donald Glover (Community, The Martian) as young Lando Calrissian, Joonas Suotamo as Chewbacca, along with some other big names like Woody Harrelson (Zombieland, No Country for Old Men) and Emilia Clarke (Game of Thrones, Terminator Genisys). As far as directing goes, that was given to Phil Lord and Christopher Miller, but now, all of a sudden, they’re dropping out.

If you don’t know who Phil Lord and Christopher Miller are, they usually work together on several of their projects. Some of these projects include “21 Jump Street,” “Cloudy with a Chance of Meatballs,” and “The LEGO Movie,” one of my favorite animations of all time. Based on this some other aspects of their background, they’ve had a more lighthearted or comedic focus when it comes to their films. And when I heard that there was gonna be a Han Solo standalone “Star Wars” film, I was rather excited about it, although I had no clue these two were directing.

Why did these two leave you ask? Well, apparently it’s due to “creative differences.” Down below I have a quote supporting the two’s thoughts.

“Unfortunately, our vision and process weren’t aligned with our partners on this project. We normally aren’t fans of the phrase ‘creative differences’ but for once this cliché is true. We are really proud of the amazing and world-class work of our cast and crew,”

What are my personal thoughts on these guys leaving? Well, they’re mixed. These two have mostly done animations or comedies, and this kinda had me worried when I looked at their background. “Star Wars” is science-fiction, well, if you want to be more technical, science-fantasy. And while there is occasional humor injected in the films of the past, most notably “The Force Awakens” from what I recall. I have to say that the humor for that movie, worked, the comedy was delivered at the right times and a lot of it didn’t feel forced, no pun intended. However, these two have done a lot of films that interject humor in a lot of places. Some family friendly, some a bit over the edge. If these two were going to do a “Star Wars” film with humor in there, I’d say it’s fine, but you also have to be serious, just think of how the MCU films work. A lot of those films nowadays interject humor and still manage to have a vibe of seriousness at hand. The only exception I can think of when it comes to this is “Guardians of the Galaxy,” and the fast paced humor in that film, personally worked, it helped set a tone. But this is “Star Wars,” not “Guardians of the Galaxy.” Maybe my mind would switch around on this topic, but this is where I stand for now.

Although I will say that if these two continued on with this film, it wouldn’t be the first time they did something “Star Wars” related. “The LEGO Movie” actually had a cameo featuring Han Solo, Chewbacca, Lando Calrissian, and C-3PO, which had Billy Dee Williams and Anthony Daniels reprising their roles.

Earlier I mentioned I was somewhat worried about Miller’s and Lord’s departure, why is that you ask? Simple. The release date. This Han Solo film is supposed to come out next year, May 25th to be exact. While that may seem like a while, there’s another “Star Wars” film that is coming out soon, that being “The Last Jedi.” That is due in December and according to IMDb, they finished filming last July. If you ask me, I think another director should be hired or these two should come back. If they don’t come back, here are some suggestions of people who I personally should direct the Han Solo film along with what they’ve directed in the past.

These are just directors who already know what it’s like to direct a film, and honestly, if we are talking about a film such as “Star Wars,” an experienced director is most likely to be a director I prefer. If none of these people are acceptable, I’d say find someone who is good at directing, they have never done a big feature before, but they know the material of “Star Wars” by heart. This could allow opportunities to prevent a bloat of continuity errors, and maybe add in a little fan service. Although remember 2016’s “Rogue One?” That was done by a director who barely did anything big. He did 2014’s “Godzilla”, (mumbled talking from a mysterious person) err, hang on a second.

(mumbled talking from a mysterious person)

Oh yeah, right. He did 2014’s “Aaron Taylor-Johnson” which has Godzilla in it. Thank you, person I don’t even know. Other than that, there’s not too much else. I ended up loving the hell out of “Rogue One” when I saw it and I bought the steelbook Blu-Ray the day it came out. Even with that, when it comes to “Star Wars,” I want someone that has experience not just crafting films, but crafting likable films.

I may have listed the Wachowskis and sure, they have had a lot of misses with movies like “Jupiter Ascending” and such, but they’ve had a huge hit with “The Matrix” back in 1999. They also wrote and produced “V for Vendetta” back in 2006 which says something about them.

OK guys, I need to tell you something. Apparently, the Han Solo movie actually found its new director and the news came out about it as I was writing this. I didn’t expect this, I was expecting this director search to go on for some time, so I’d have some time to analyze my thoughts, but as I was doing so, the search ended. So I can officially say the director of the Han Solo “Star Wars” film is Ron Howard. Personally, I think this is a fine choice. He made a lot of movies that were loved by both critics and audiences, he has a ton of experience in the film industry, and if you ask me, he knows how to make a good film. Just watch “Apollo 13,” it’s a good time.

This is an interesting twist to say the least. I heard a lot of people wanted Ron Howard to take over based on my experience of getting through yesterday and I guess they got their wish. I can’t wait to see how he does, if he drops out, hopefully someone from my choices could take over. Thanks so much for reading this, tomorrow I’m gonna go see “Transformers: The Last Knight,” which isn’t looking too good right now… Yeah, the movie currently has a 16% on Rotten Tomatoes, which means as of now it is the worst entry in the Michael Bay’s “Transformers” series. Just… Wish me luck, OK? Stay tuned for that review, hopefully the movie’s actually good. Also, July is almost here, which means it is almost time for another “Spider-Man” review. I’ll be reviewing Marc Webb’s “The Amazing Spider-Man 2,” which many consider to be Sam Raimi’s “Spider-Man 3” for a new generation. And if you hear their thoughts on both films, they don’t mean that in a positive way. Stay tuned for that review, and stay tuned for more great content! Scene Before is your click, to the flicks!