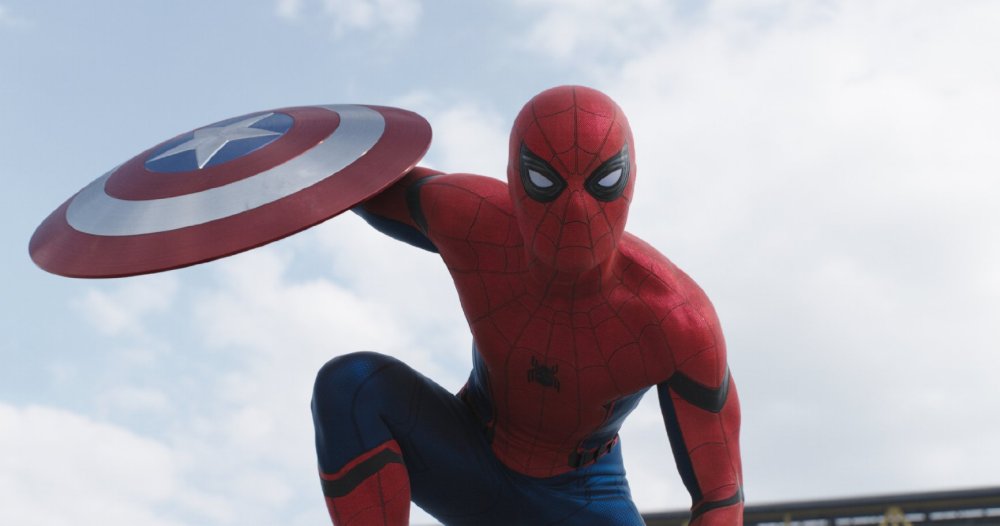 “Who is Spider-Man? He’s a criminal, that’s who he is!” In the new “Captain America: Civil War” trailer, a lot was on the minds of the viewers. We got to see an important part of the plot that may affect the movie in a big way, we got to see Ant-Man for the first time, if not the first “noticeable” time, because I didn’t notice him in the first trailer. Not to mention, we got to see a bunch of Avengers in action fighting against each other, not that we haven’t seen that in the first trailer, but in here, it’s actually more memorable based on the choices of shots put into this trailer. Although perhaps the biggest thing on everyone’s mind, is the first look at Spider-Man. If you are wondering why Spider-Man is in this movie? Sony is the responsible studio for all of the Spider-Man movies, which include Sam Raimi’s “Spider-Man” trilogy and Marc Webb’s “The Amazing Spider-Man” films. The second of the “Amazing Spider-Man” movies was a bit of a letdown for hardcore fans. From common opinion, it was for the same reason as “Spider-Man 3”, that being that the film had too many villains. In “Spider-Man 3” the villains included: Harry/New Green Goblin, Sandman, and Venom, which interestingly enough didn’t even have his villain name mentioned ONCE during the film. In “The Amazing Spider-Man 2” the villains included Electro, Green Goblin, and Rhino (which was in only ONE SCENE and the movie ended up cutting to black and credits). “Spider-Man 3” got a lot of negative criticism from fans so Sony ended up rebooting it with “The Amazing Spider-Man” which released 5 years after that movie. Now the fans, while it doesn’t seem to be as rampant as “Spider-Man 3”,  happen to hate this movie too. From what I’ve heard, it’s more of a disappointment instead of hating it off the charts, but fans still detest it. One year after the release of “The Amazing Spider-Man 2,” it was announced that Marvel Studios got ahold of the rights to put Spider-Man in their movies. Sony still owns him too and they actually have the right to make movies based around the character himself, but Marvel can still put the character in any of their films. Fans were unbelievably happy to hear this. Another reboot will be made too, but it isn’t that much of a complaint among most fans, myself included. Now, we’re here. One thing I want to go over is Spider-Man’s costume design. When I saw “The Amazing Spider Man,” that was my favorite Spider-Man costume design, it was one of the darkest ones I’ve seen, and those eyes were pretty sweet. The eyes are kind of interesting on this one too. When Spider-Man speaks in the trailer, the size of his eyes (specifically the white part) changes from big to small. I’m honestly OK with this, I may have to get used to it because despite being OK, it most certainly would not be my first choice for a costume such as this. It works better with Deadpool in my opinion. Next up is the actor playing Spider-Man himself, Tom Holland. For the upcoming Spider-Man reboot, the casting crew was seeking an actual teenager, since that is the age group Peter Parker can be associated with. This is a difference from the other Spider-Men we’ve seen: Tobey Maguire (Approximately a decade older than Peter’s assumed age when filming the first Spider-Man), and Andrew Garfield (Around Tobey’s age when he filmed “Spider-Man 2” when Andrew himself was filming the first “Amazing-Spider Man”). People wanted Asa Butterfield to play him, but they were let down when he didn’t get the chance. Although from the one line I heard from Holland, I can’t say much about him, but I don’t think I’ll be disappointed. Now that I think about it, I might be a little scared for what people might think of Spider-Man’s appearance. This is based on my prediction on his role in the movie. I have a feeling that he might just end up being a cameo for the sake of fan service. I understand this movie is revolving around mostly Captain America and Iron Man (despite his name not appearing in the title), but it would be nice to introduce Spider-Man to the Marvel Studios universe with at least a few memorable minutes of screen time. I could go on, but I don’t want to ramble. What are your thoughts on Spider-Man? What do you think will be his role in “Civil War?” What do you think of his costume? How do you feel about Tom Holland? Did you cry when Asa Butterfield got rejected? Leave a comment and stay tuned for more posts!