“The Glass Castle” is directed by Destin Daniel Cretton and stars Brie Larson (Room, 21 Jump Street), Woody Harrelson (Zombieland, The Edge of Seventeen), and Naomi Watts (Insurgent, The Ring), and is based on the memoir written by Jeannette Walls that essentially describes the coming of age for a girl growing up in a dysfunctional, poverty-stricken family with a mother who is an eccentric artist and a father who abuses alcohol. 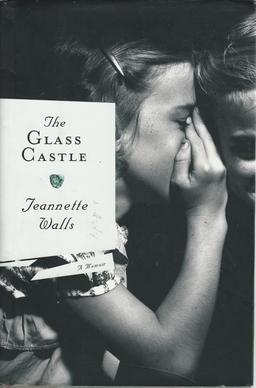 Before watching this movie I knew a bit about this story, I actually read this book before. I didn’t read all of it, but a good portion of it. I still remember various parts of it and they are somewhat drilled into my memory. I don’t read often but if I had nothing to do I’d pick up this title and give it a read, maybe if I were on a long flight or something. So, is the movie watchable just like how the book is readable? Well, if I lived in a universe where no meant you should go see the movie, I wouldn’t be here right now in THIS universe. So no, this movie is not worth your time. My mother personally gave this movie a 7/10. I’m not here to tell her she’s wrong, she can defend her verdict all she wants, I just probably wasn’t as intrigued by what this movie had to offer. Although before we get into negatives, let’s talk about the movie’s positives.

From a technical perspective, the movie’s not bad, everything is shot well, the vibe of the movie was definitely correct, the locations are well-chosen, and the score was a little repetitive, but overall, not displeasing. The acting was also very good, everyone seemed to be in character. The casting did a fine job when choosing actors to play certain characters, the child actors didn’t do all too bad as well. Woody Harrelson’s performance was pretty stellar, but then again he played my least favorite character in the movie. We’ll get to him later. I’ll mention once more, I read a portion of the book, and from what I read, the book is better. One thing I noticed about this movie is that it was told in nonlinear order, now movies have done this before and I ended up liking those films. Films like “Arrival” and “Memento,” both of those are great movies. This movie, not so much.

The way this movie starts is that it takes place in a fancy restaurant, and Jeannette Walls, the author of the book, is talking about how the book came to be with three other people. The movie soon goes back in time to her childhood, then later on it switches back to her adulthood, it goes back and forth and it doesn’t really flow. I don’t think we needed much of her adulthood story. It BARELY added anything to the movie. Also, I will say that the movie doesn’t include everything that you’re told in the book. It’s not the first time it’s happened, the “Lord of the Rings” trilogy didn’t include everything the books had to offer. I will say however, I thought on the way home there was one massive con I had. I thought something very important to the plot was slightly altered that kind of made the movie, maybe a little more tame or possibly inaccurate. Luckily that’s not the case. OK to be honest, the movie actually is tamer than the book, part of the book includes a story that wasn’t in the movie involving Jeannette touching a boy’s penis at a very young age. And if you’re asking, no, it wasn’t sexual, it was more of a self-defense technique.

Let’s talk about the character of Jeannette Walls. She was played by multiple actresses, including Brie Larson, Ella Anderson, and Chandler Head. In the book, I thought this character was rather intriguing, and her overall story, for what I read, interested me. In the movie, I didn’t have that same interest. I rooted for her, but at the same time, watching her as an adult, made me have different thoughts about her. Not only that, but I’ll mention once again, I didn’t care about the story she had as an adult.

One reason why I rooted for young Jeannette is that she was living with her bats*it crazy dad, Rex. I get that this is based on a true story, but seeing Rex in this movie made furious. There are so many times I thought to myself, “What an asshole!” Sure, he was somewhat unstable, but at the same time, his way of teaching certain things to Jeannette made me angry. Seeing his character in this movie, endlessly irked me. Sure, what happened was true, some of those things were in the book and not in the movie, but it doesn’t mean I liked his character. There was also a point I thought the mom was an idiot too, but I’m not gonna get into that. The two characters worth going in-depth about are Jeannette and Rex.

Another thing that I actually didn’t understand about Jeannette, is that she had a terrible childhood, she had a father that didn’t treat her properly, and later in the movie, she went on saying that she thought her father was likable in a number of aspects. I will admit, there are moments when Rex is likable in some ways, but her childhood, as the movie displayed, was basically a pile of baloney when you insert Rex into the mix. I kind of get that we’re talking about Jeannette’s father, and this is someone Jeannette grew up seeing every single day, but as a viewer, I couldn’t side with her. So basically for parts of the movie I couldn’t side with Jeannette, or her parents. That’s not good.

I also don’t like the movie’s ending, I won’t get into it because it will basically be in spoiler territory. Although on the bright side it’s not as bad as “The Circle,” another stinker which came out this year.

In the end, I didn’t find myself enjoying “The Glass Castle,” which I really hate to say because that means it continues my streak of less than average newer releases. Brie Larson is in this movie, and if you want a good movie with Brie Larson in it, just watch “Room,” it’s free on Amazon if you’re a Prime member. “The Glass Castle” had a couple interesting moments, but it had characters that I personally hoped I’d end up caring about more once I left the theater, especially considering I made it through a portion of the book without hating anyone written there. Jeannette Walls might be a nice person, but I’m sorry, this movie sucks, it’s just the way it is. I’m gonna give “The Glass Castle” a 3/10. Thanks for reading this review, I’m not sure what movie I’m gonna watch in theaters next, but if you want some more content to pass the time, I’ll post a few things down below that I think you might enjoy. Also if you want some info on newer content, I’ll let you know I’m gonna be doing a series of Tom Cruise related movie reviews before “American Made” releases in the US. Stay tuned for those, and be sure to check out my older content such as the content you see down below! Scene Before is your click to the flicks!