Hey everyone, Jack Drees here. Today, I’m gonna tackle something I discovered like a week ago, but I completely neglected writing about until now. In case you didn’t know, I have watched all the “Divergent” films that are already out. I enjoyed the first two, but I can’t say the same for 2016’s “Allegiant.” Also, in case you weren’t aware, the franchise’s final movie installment, “Ascendent” will be coming soon, not to theaters, but to TV, which kinda disappoints me. After that, they are starting a TV series. As much as I like the franchise from a movie standpoint, I don’t think I’ll have any interest in watching the TV show. I will watch the final movie and probably put up a review of it, however, I may have less interest in it now, because the movie just lost one of their key actors. Not just any key actor, but the STARRING ROLE. That’s right, Shailene Woodley is not going to be in “Ascendent!” Not only that, but she won’t be in the TV show after the movie comes out! Personally, I’m not gonna go into the TV show right now, but I do want to focus on the film.

I first found out about this information last week on the People’s Choice website, and based on other research, I can tell this is true! On IMDb, I looked at Shailene Woodley’s list of roles she’s played, it didn’t have “Ascendant” on the list. I even searched the movie itself, she’s not on that list! I mean, WHEN DOES THIS HAPPEN? I think it is SUPER RARE for an actor that had a prominent role, nonetheless the STARRING role to drop out of a relatively successful franchise at a moment like the one we are at with it now. I mean, Hugh Jackman is not going to be Wolverine anymore, but for what I know, they’re continuing the story in an effective manner giving him a good end. The only other times I can VASTLY remember something like this happening, is when Will Smith didn’t show up in “Independence Day: Resurgence” and when Terrence Howard didn’t show up in “Iron Man 2.” Although, looking back at those two examples, I can’t complain too much about them. “Independence Day: Resurgence” came out 20 years after the first one, so it was kinda late, and Terrence Howard wasn’t the starring role in the first “Iron Man” film. Sure, it was a big role, but it wasn’t as big as Robert Downey Jr’s role. This is something that is this decade’s equivalent to Val Kilmer not returning for Joel Schumacher’s “Batman & Robin,” although then again Val Kilmer dodged a bullet on that one because that movie wasn’t really that good. Also, I can’t really blame him all that much because I read that he didn’t get along with Schumacher and he was committed to another film at the time. 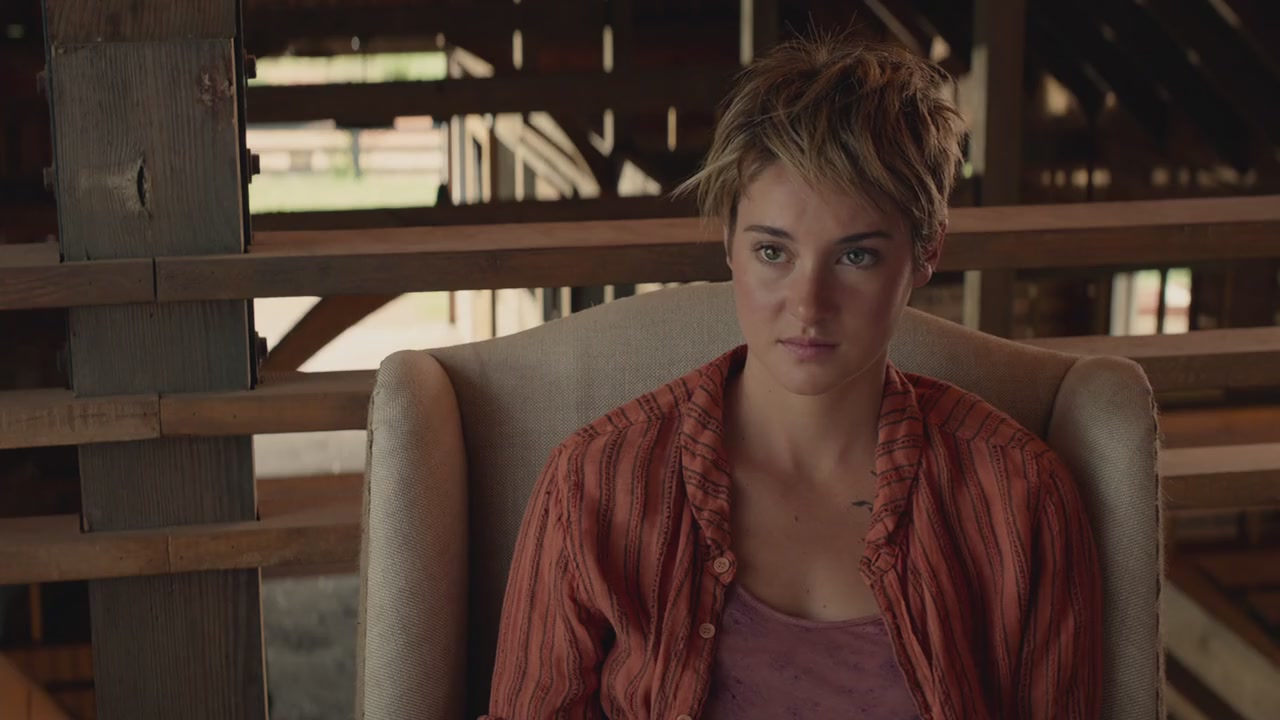 Going back to the post on People’s Choice I read, according to Woodley, she told Vanity Fair that she would not be participating in any future installments the franchise may be making. And as far as Woodley goes from an acting ability, I will say that she does a fine job as the character of Tris Prior. If I had one complaint with her character whatsoever it would be the hairstyle changes that are done in like every single film, it just feels so choppy. In the first film, Tris has long hair for part of the film and another part has her in a ponytail, in the second film, Tris has a pixie cut, and in the previous film, her hair is in between those two. On the bright side that somewhat makes it easier to tell which installment you’re watching. Since Woodley won’t be coming back for future Divergent installments, that means she won’t be on the TV show. If anything, I’m willing to bet part of that is because Woodley is already doing a series on HBO called “Big Little Lies.” Even if that’s not partially a reason towards Woodley’s lack of motive, I don’t even see how you would do a TV series from what I’m analyzing. Just so you know, I never read the books, but I know what happens at the end, and I know what happens to Tris, but not anyone else in the series, now for the sake of avoiding getting people angry, I won’t spit out any spoilers. Also, people reading this, if you read the books and know what happens at the end, don’t put it in the comments. You have been warned. So I will say in reality, I can understand not showing up for the TV series for a number of factors and reasons, but not showing up in “Ascendant” is somewhat troubling for the franchise.

I remember reading somewhere that Shailene had no motive to do a TV series, in fact, as I’m writing this post, it turns out, this has been outspoken by Shailene since last year! Several of the series’ prior (Get it? Prior?)  actors and actresses are returning to play their roles. For example, Miles Teller and Octavia Spencer are returning from what I see on IMDb. However, there are some, including Shailene that are not interested. Want to know something else? It looks like Theo James, the guy who plays Four in the Divergent films, another big role, won’t be returning either. So we lost TWO of the biggest cast members, with one of them being the main character… I don’t know what to say at this point.

Well, if I had to say a couple things, it would be this. I’m sorry Shailene Woodley feels the way she does, and the same goes with Theo James. Also, on an unrelated note, did this last film really have to be the second part of the “Allegiant” book? You guys are really testing us with the whole splitting book climaxes into two parts thing. But overall, this leaves me dumbfounded to a huge degree, and it makes me wonder if we’ll even have a film to begin with. I still hope this movie can be good, especially compared to “Allegiant” because that ended up with a 2/10 from me last year and it happened to be my #6 spot on my top 10 worst films of 2016. I didn’t review it, but that’s my official verdict on the movie. Now, I want to ask you, if you could recast Tris and Four for the upcoming “Ascendant” film, who would you choose for those roles? And if you want to add in reasons, go ahead! I wouldn’t be able to answer that, but I’m curious to know your answers. As I said in my last post, I have the upcoming week off from school, so I’ll have more chances to post content here. Last but not least, if you are interested in “King of the Nerds,” be sure to sign a petition I made to get the show back on the air. Stay tuned for more reviews and posts, and be sure to look at and sign the petition if you are interested (link down below). Scene Before is your click to the flicks!