The Fifth Wave is a teen angst sci-fi film based on a popular young adult book series. It was directed a guy named J Blakeson, and stars Chloe Grace Moretz as Cassie Sullivan, a teen girl trying to survive throughout several disasters, or waves.

My first encounter having to do with this movie occurred on December 19th 2015, the first time I saw Star Wars: The Force Awakens. One of the trailers that played before the movie began was the trailer for this movie and when watching I thought too much of the story was revealed ahead of time. I was right. When I watched the trailer, it revealed the first four waves, which makes sense because this movie is called The Fifth Wave. However it felt like the move made the first four waves a little longer than necessary. I’m done with the story for now and my head is just spinning just talking about it. 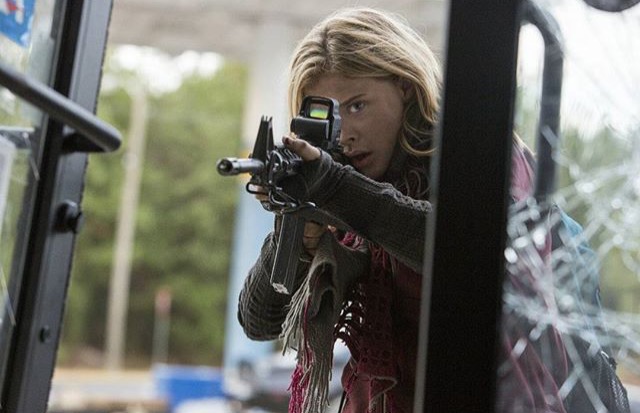 Cassie Sullivan is a dull character. Sure, Chloe Grace Moretz did a good job with the material given to her, but that doesn’t mean the writers for this movie get a free pass. They managed to make her have lots of fear inside her and it worked for her character, but if there were a world where I could actually run into or meet fictional characters, whether it be from a movie, a book, a play, whatever, I wouldn’t hang out with this one. By the way, a world like that already exists, it’s called Comic-Con. I’d choose not to hang out with her because while she seems to have the qualities of a good hero, she doesn’t seem to unleash those qualities much. Sure, she cares a lot about finding those close to her, but I’m talking about some of the things she does with other characters in the movie. 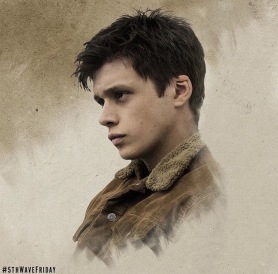 Nick Robinson (Melissa & Joey, Jurassic World) is also in this movie, he plays this teenage boy and he adds a bit to the story considering he is in an army attempting to fight back against the movie’s invading antagonist. That’s all I’m gonna say about him. Keep it in mind.

Alex Roe plays a guy named Evan Walker in the movie, and this character is one of the worst characters I’ve ever seen in a movie. This guy is a straight up a-hole, and yet the movie tries to make him look like he’s an important hero. The one thing that I imagine people raving about when it comes to this character is his physique, but since I’m a straight male who just likes good movies, I can’t grab onto that. At one point this character is reading the protagonist’s diary when she’s not alert. It’s revealed later in the movie, and whenever they talk about it in the future, it makes me think of this guy as a creepy stalker more and more. He’s a love interest for the main character which is baffling because to her, there is absolutely nothing she likes about this guy except for his body based on what I can tell from visual storytelling. Based on everything I’m seeing, Nick Robinson is a more likely love interest than this guy! Is this written because of the stereotype that girls like bad boys? If so, I detest it. Great job writers! You’ve made a success in failure! Then again, I’m a boy, these guys are probably trying to appeal to girls, which grows in obviousness considering the main character’s a girl. Like that hasn’t happened in a teen angst film before, especially ones that were originally books. 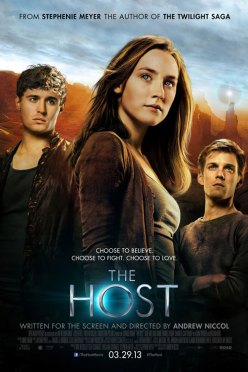 You know I’m OK with these movies having lots of female leads, it works for them, it’s just something I noticed.

Before my head blows up–err I mean before I give my score, lets get into something. For like a fifth of the movie, I was able to hear everything clearly, but visually I had no idea was going on. I watched the movie on a 4K TV that I bought months ago, and it was first introduced to Best Buy shoppers in January, it’s not the most expensive model on the market, but it’s great nevertheless. On my 4K TV, everything looked terrible when I was watching stuff happen at night. I almost couldn’t tell who anybody was, what they were doing, etc. Granted I was watching in full HD and not 4K but still it’s unpleasant. I’m guessing the director had an idea to make the scene match with the movie’s tone (dark), and he wanted to make every frame look black, and I have something to say. GIVE THIS GUY A FEW LIGHTING TIPS! Maybe I’m overreacting, I didn’t have my TV at the brightest settings, but it was certainly brighter than standard so it’s an issue in my book. If there’s anything else wrong with this movie, I found a physics problem, some of the score is odd, pacing felt quirky, and I don’t have enough evidence based on script observations but I believe there’s a logical error on a phone screen randomly shutting off.

The Fifth Wave is in a genre I never really got myself into, but when it comes to criticism, genre doesn’t always matter. The movie itself matters, and the matter is that The Fifth Wave was a waste of an hour and fifty-two minutes of my life. I’m going to give The Fifth Wave a 2/10. I never read the book so I can’t judge that, but as far as the movie goes, this honestly doesn’t surprise me. This movie had horrible marketing to begin with, and the movie was released in January, one of cinema’s monthly death traps. I’m going to see Equity at some point soon, and I don’t have too much else planned. Stay tuned for more reviews and Scene Before is your click to the flicks!